During the last two years, I’ve been immersed in the intricate process of a custom boat build.  I’ve spent countless hours exploring the many modern options in boat accessories.  Many of my early mornings, when sleep gave way to thinking about “the boat”, were spent pouring over the Internet via forums, industry websites and more.  I also had the benefit of hitting many of the prominent boat shows happening in Florida, where I was able to get a first-hand look at so many new products. 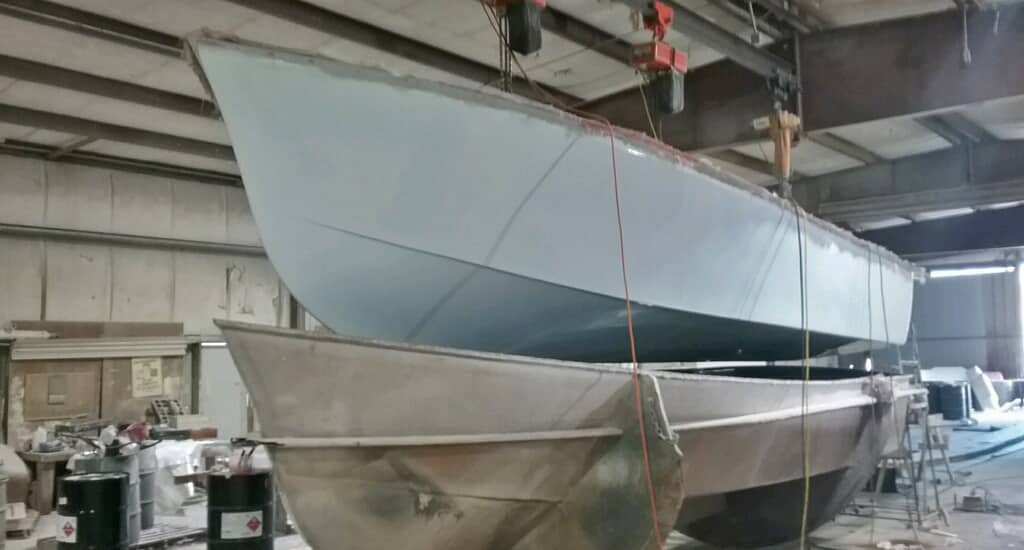 I had chosen to build a Southwest Florida classic, the 24′ Morgan, which for the last 20+ years has been built under the watch of Rick Dee of Marine Tech Inc. in Vero Beach Florida.  Using modern techniques and materials, the 24′ Morgan can be built to each client’s wishes. 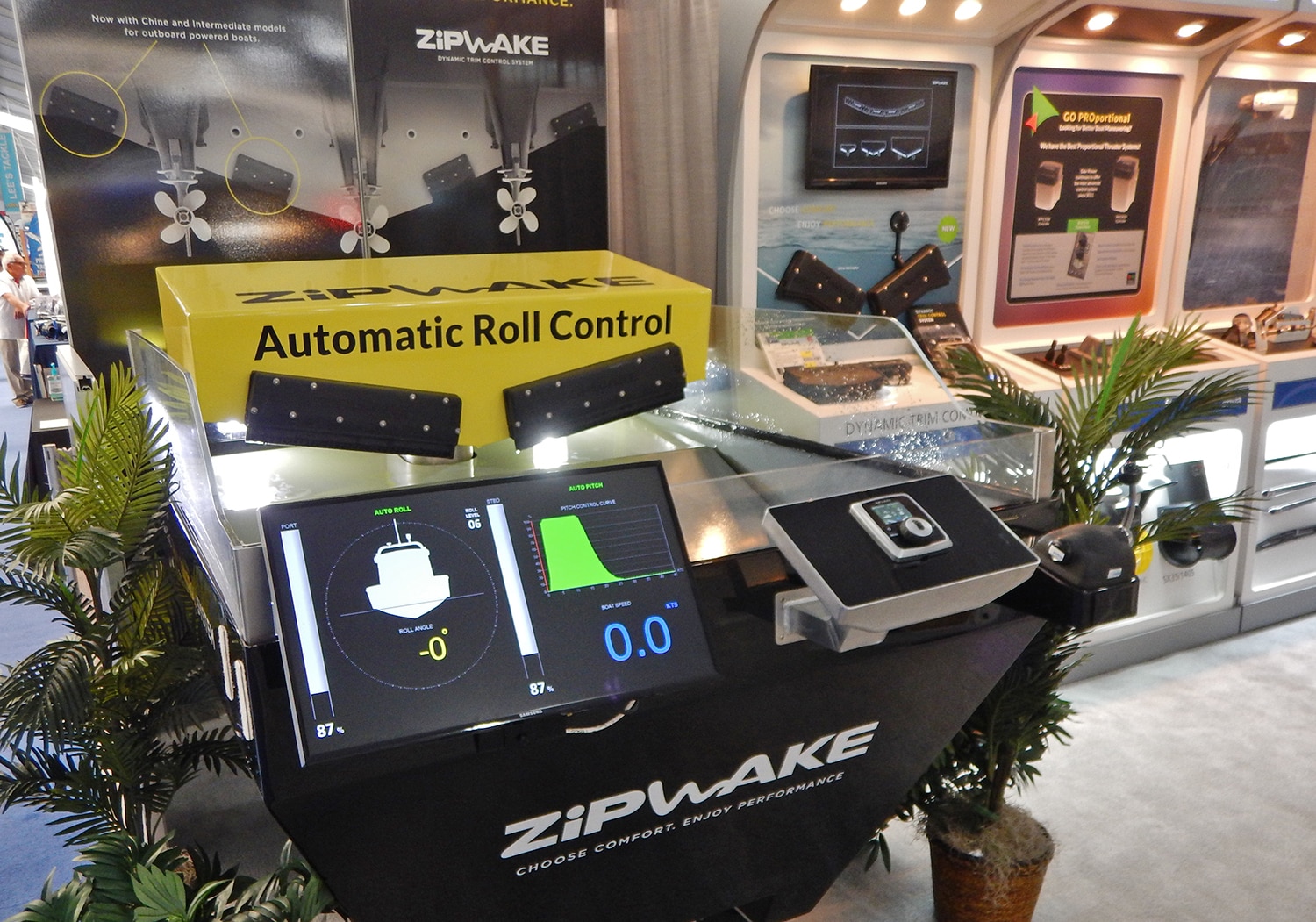 One of the systems that I needed to figure out was which trim tab system to go with.  I had plenty of experience with traditional trim tabs, but I also was aware of a new innovation introduced at one of the boat shows.  The Zipwake Dyanamic Trim System is shown to create less drag on a boat in comparison to traditional tabs.  The Zipwake works by extending a small blade into the stream of water coming out from under the stern of the boat.  Fully extended is only about 3/4-inch, but this blade reacts quickly as it protrudes down.  Because of the quick reaction time, Zipwake was able to create a self-leveling trim system that automatically makes adjustments to maintain a boat’s level trim while running. 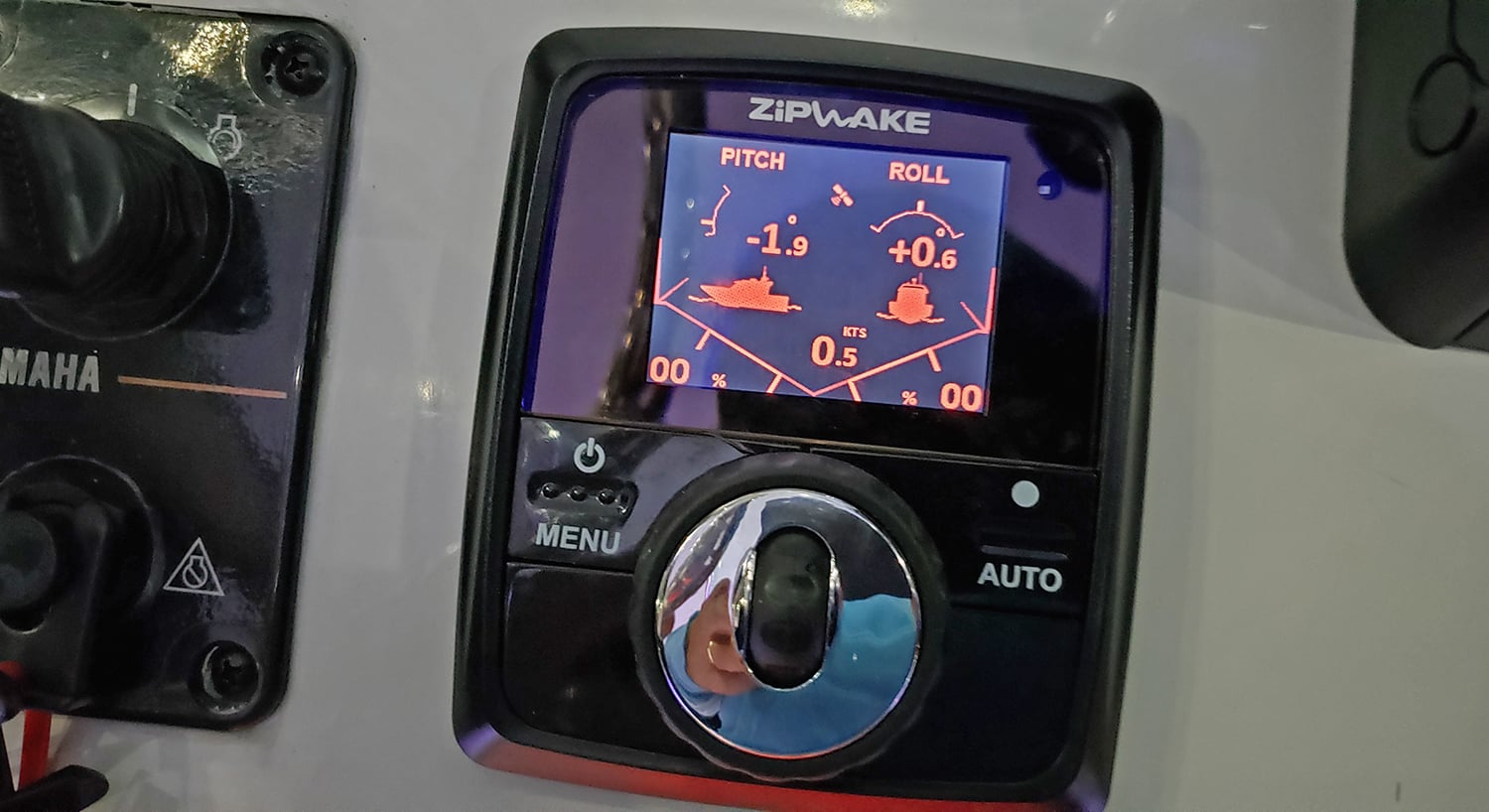 Of course, the Zipwake’s control head interface allows for easy manual adjustments for both bow up and down and side to side tweaks.  The display also shows the boat’s angles and the position of the Zipwake and all aspects are able to be dialed in to match your boat’s characteristics.

My curiosity was peaked and I decided to go for it.  Another benefit that was attractive is the low profile on the stern.  We’ve all lost fish to encounters with the plate of regular trim tabs and the Zipwake, in my mind, promises to eliminate many of these sad entanglements. 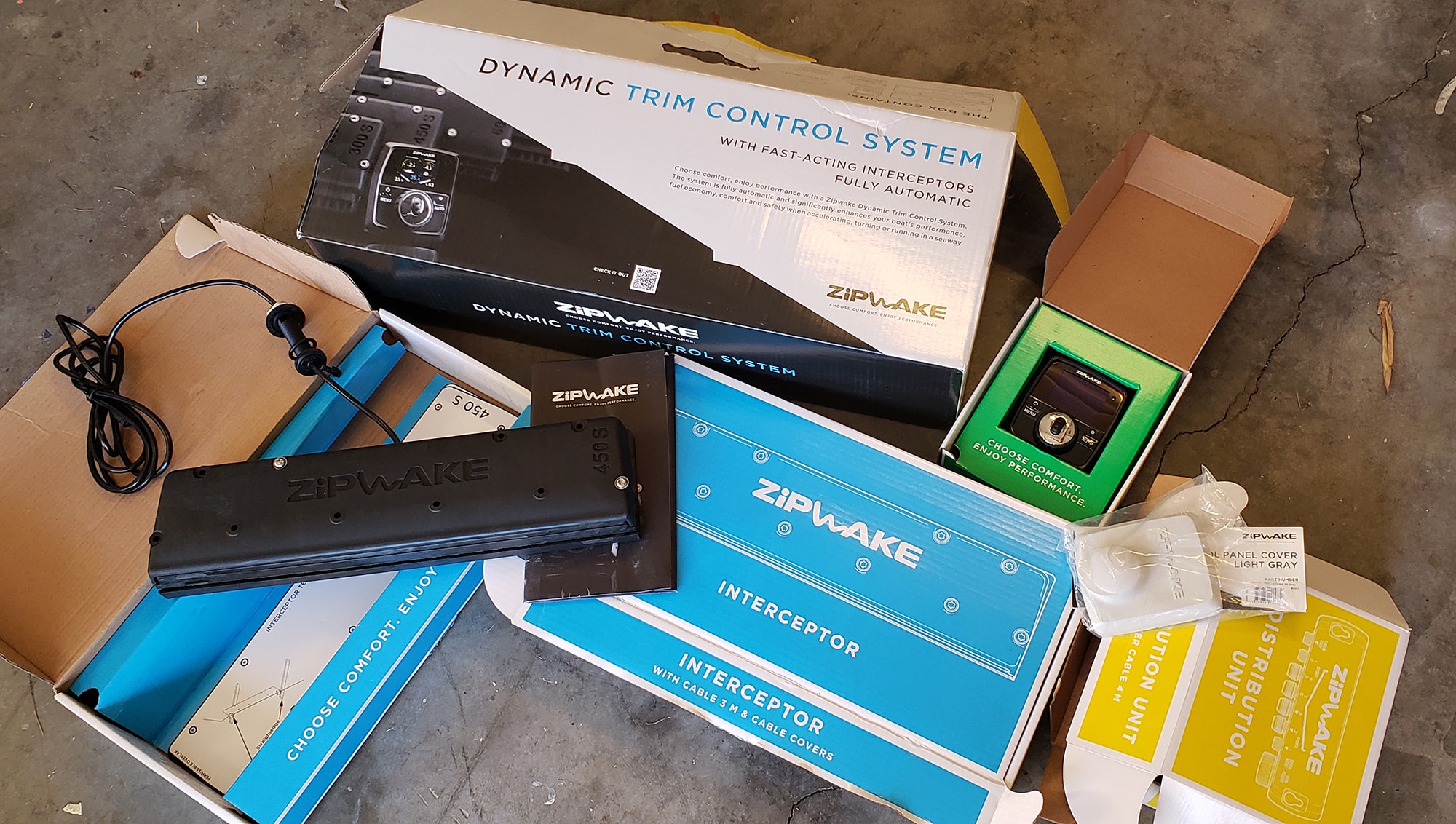 My build was well underway when the Zipwakes arrived.  I would be taking delivery of the Morgan in an unrigged state and finishing all of the wiring and rigging myself.  I had watched the Zipwake Installation videos on Youtube and read the directions.  It looked pretty straight forward and the simple, flat bottom of my boat’s transom made the install even simpler.  I would only need two larger units to get the desired effect (Zipwake can help you figure out your boat’s needs).  Boats often have a variety of chine configurations, and Zipwake has the same variety of options to accommodate each type of boat bottom to assemble a system for your boat.

I began with finding the proper spot on the transom to tape the templates.  The further out from the center you can fit them, the better the effect.  Again, my install was straight forward as I only had to work around the strut for the swim platform and the distance from the engine.

The Zipwake units do need a fairly flat mounting surface and my transom had a very slight crown to it.  I decided to go with some non-metallic shims that I made using a hole saw on an old cooler drawer and a thin piece of G10 fiberglass board.  It worked out perfect and I was able to eliminate the slight rock with two shims on one side.  The slight gap between the Zipwake and hull would be filled with a bead of caulk anyway so it was working out well. 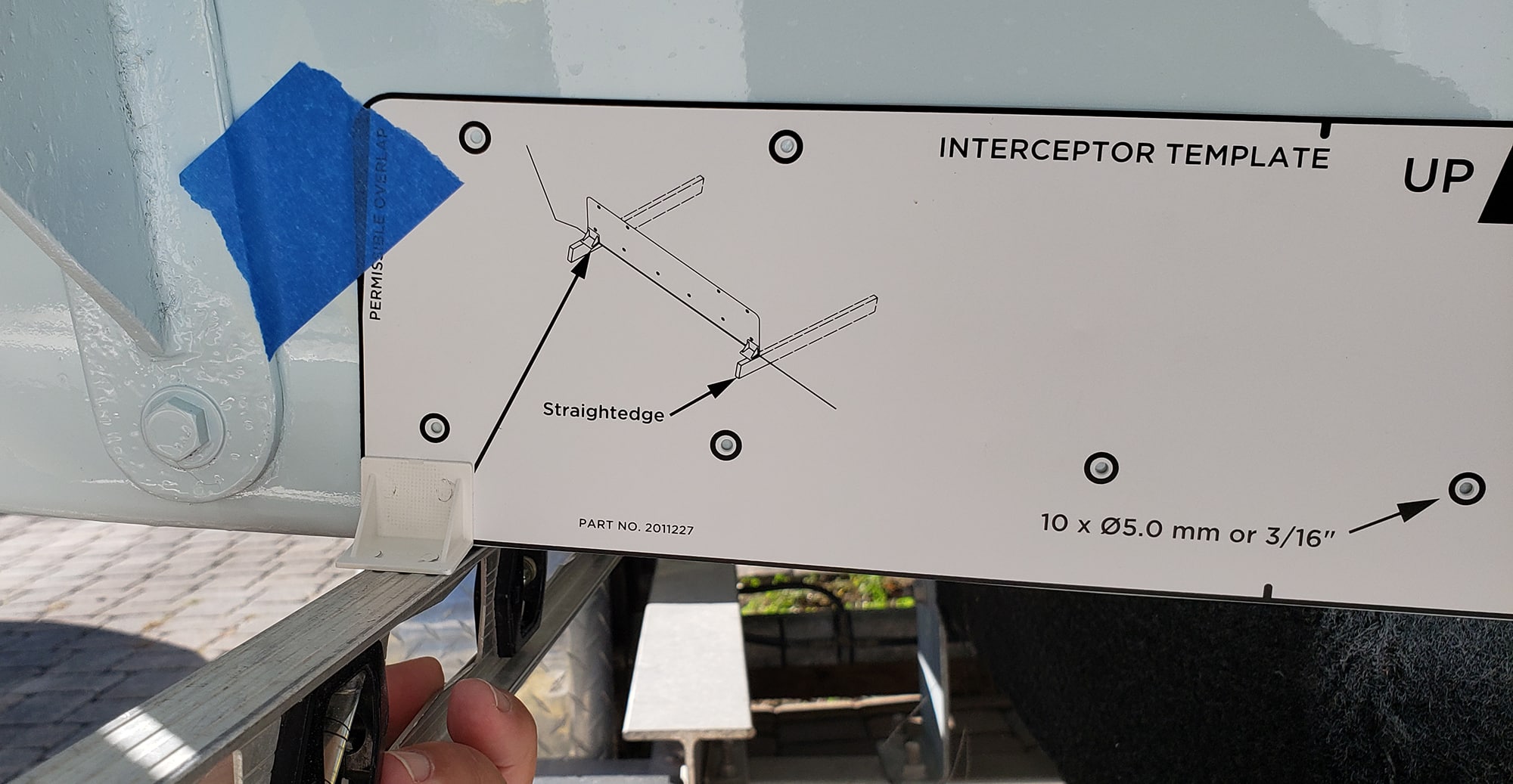 The included template makes for easy placement using a straight edge along the bottom of the hull.  The tape holds the template in place which makes the next step, drilling, a cinch.

I planned the depth of the required hole in the transom and marked the drill bit with tape so as to not drill the hole too deep. 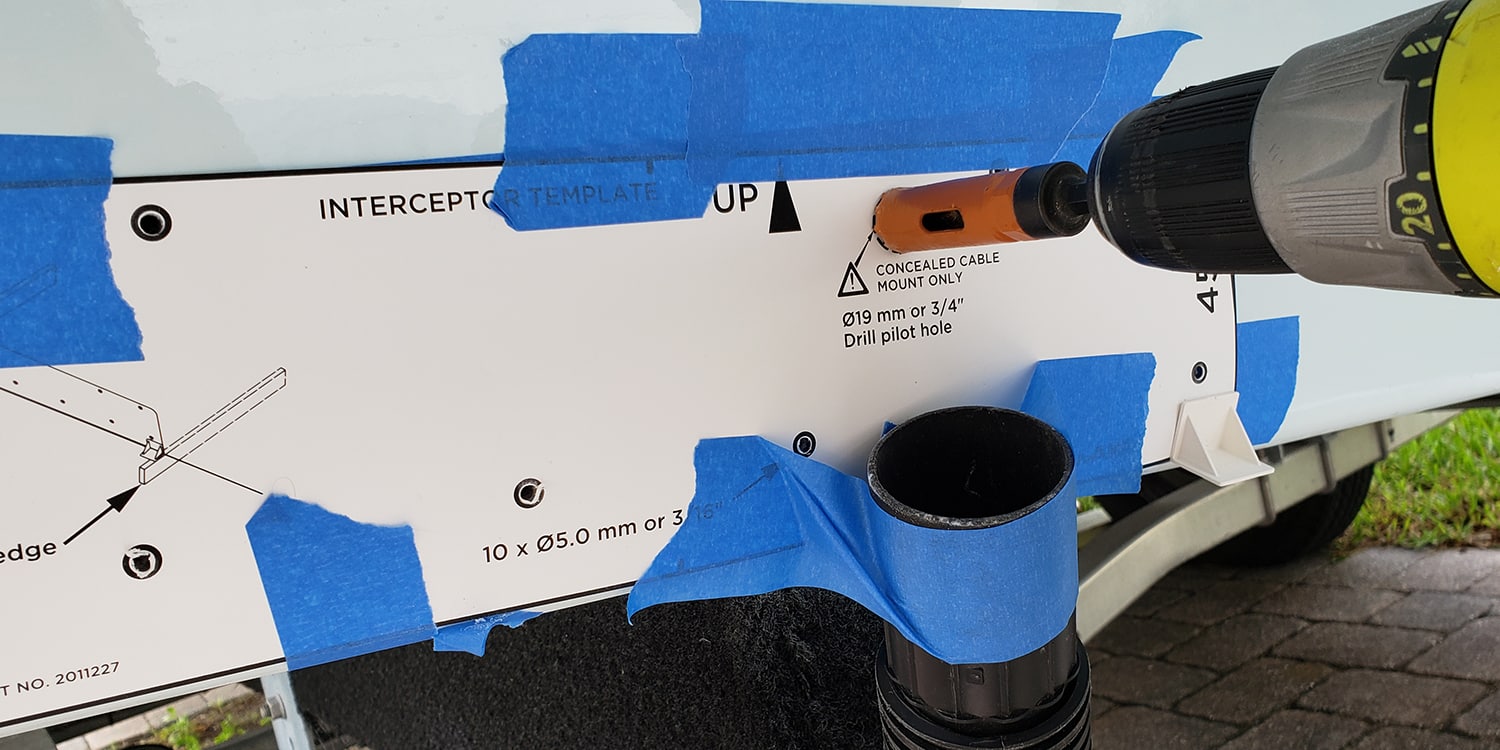 I also opted for the hidden wire option by using the included thru-hull fittings that allow the cable to be hidden behind the housing of the Zipwake.  They also included some innovative hardware to cover the cable for an above the waterline installation of the cable.  Since I was not using this part, I actually used it to cover the cable on my transom mount transducer to clean up that install.

Zipwake has really thought it out extremely well.  They even go the extra mile to give you some extra hardware and its labeled “extra” so you are not scratching your head with spare parts at the end.  I will say that you need to have some “torque” screwdriver tips as the hardware features this non-slip socket.  That was my first trip to the store, lol. 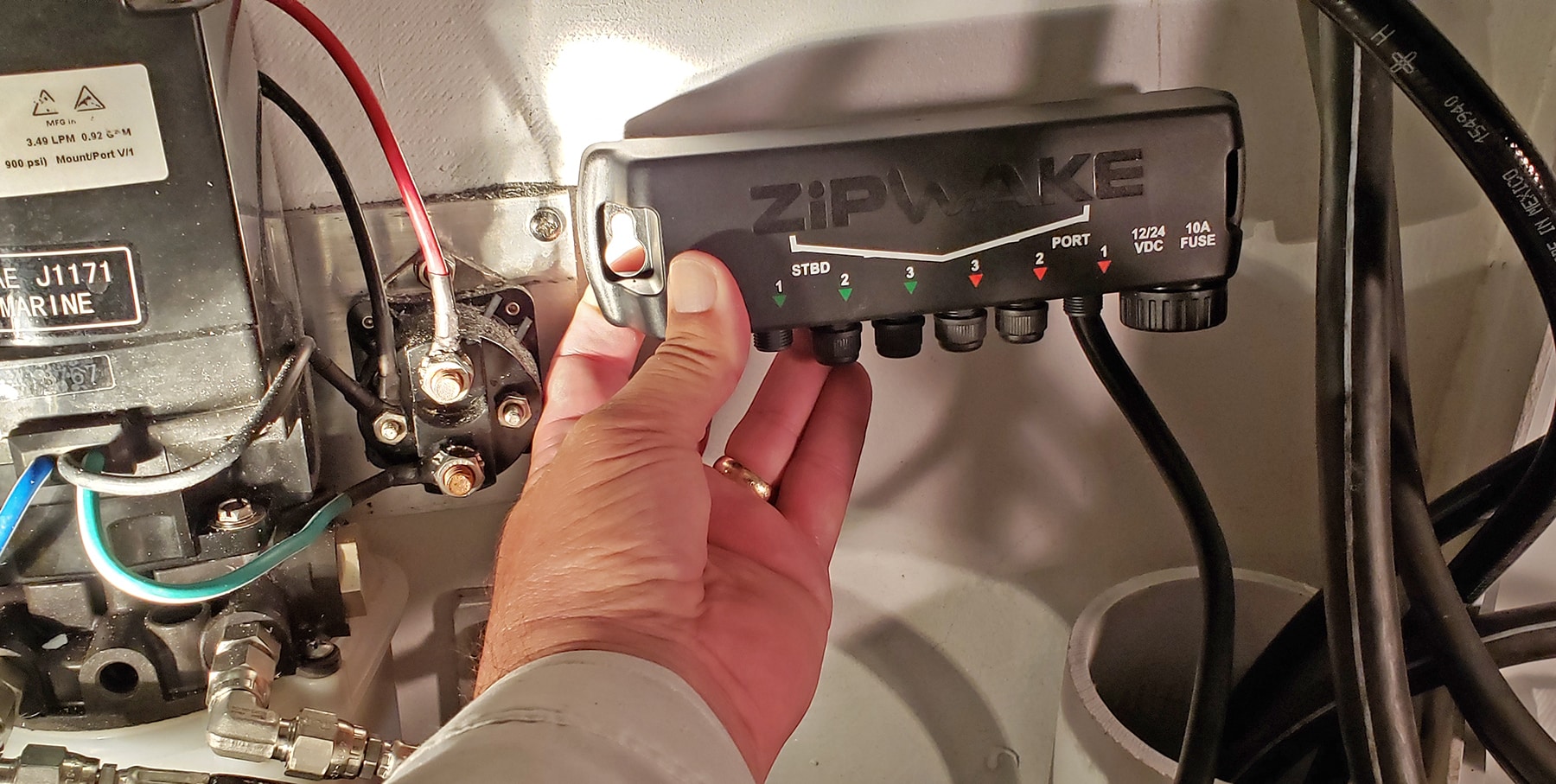 After the completion of the Zipwake units on the transom and the running of the cables to the inside wall of the stern, I only had to mount the small “brain box” of the unit and connect the cables to the Zipwakes.  Everything is labeled very well and that is truly a pleasure.  The black box gets power put to it and the included data cable runs to the control head on the dash. 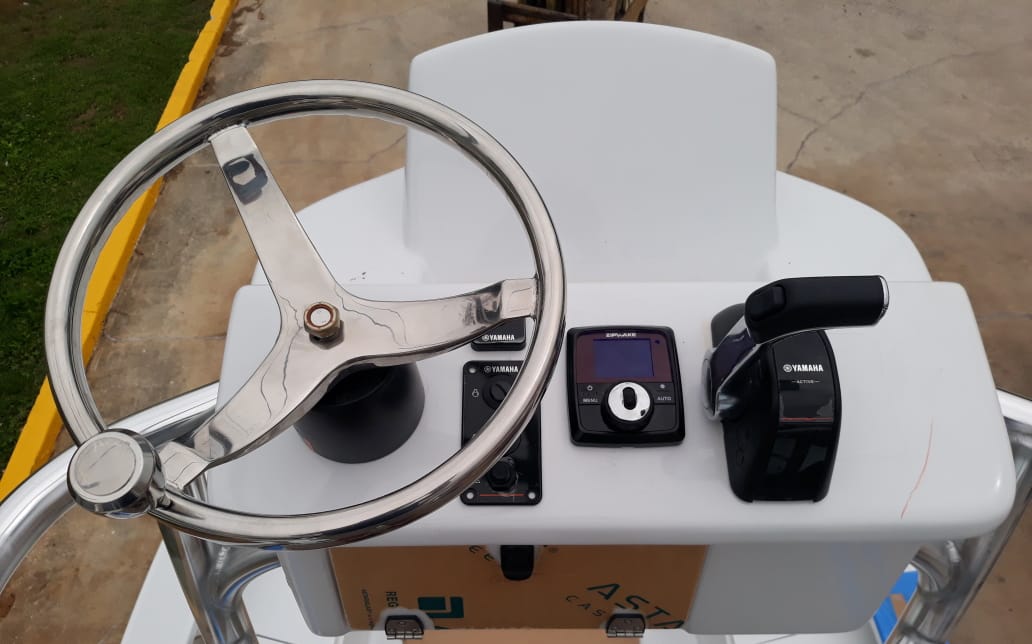 I opted to have a second control head mounted in my tower helm for full control while sight fishing.  It was simply an extension cable connecting the two control heads.  I now have full control at either helm and of course the luxury of automatic roll compensation by the Zipwakes in auto mode. 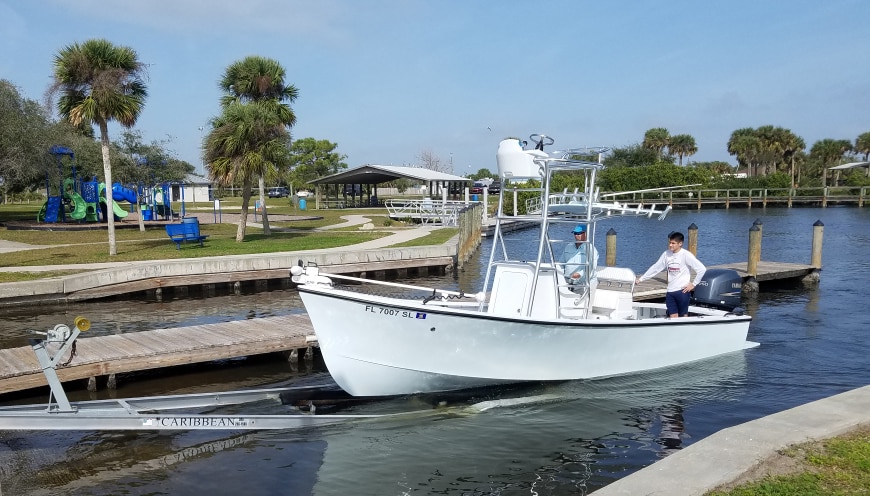 As all projects go, the boat build, including my part took longer than expected, but the day finally came on a windy day in January to splash-test the boat for the first time.  We launched in the river with 45-gallons of fuel and 5 passengers.  Despite the chop, we were able to feel the performance of the Zipwakes as they leveled the boat in auto mode.  I also used the rotary knob to put the bow down to run into the chop.  I was pleasantly surprised at how quickly the boat responded knowing just how small the Zipwake’s blade is.  It really does work!!

The ride was limited, but we will be launching for the “maiden voyage” test ride with the whole family very soon.  I hope to gather some more time and parameters, but I’m already very pleased with my decision to try the Zipwakes.  Of course, almost any qualified marina could do the install if you were not in the DIY mode.

I’ll keep you posted on the future performance and hopefully our first fish on the new boat!