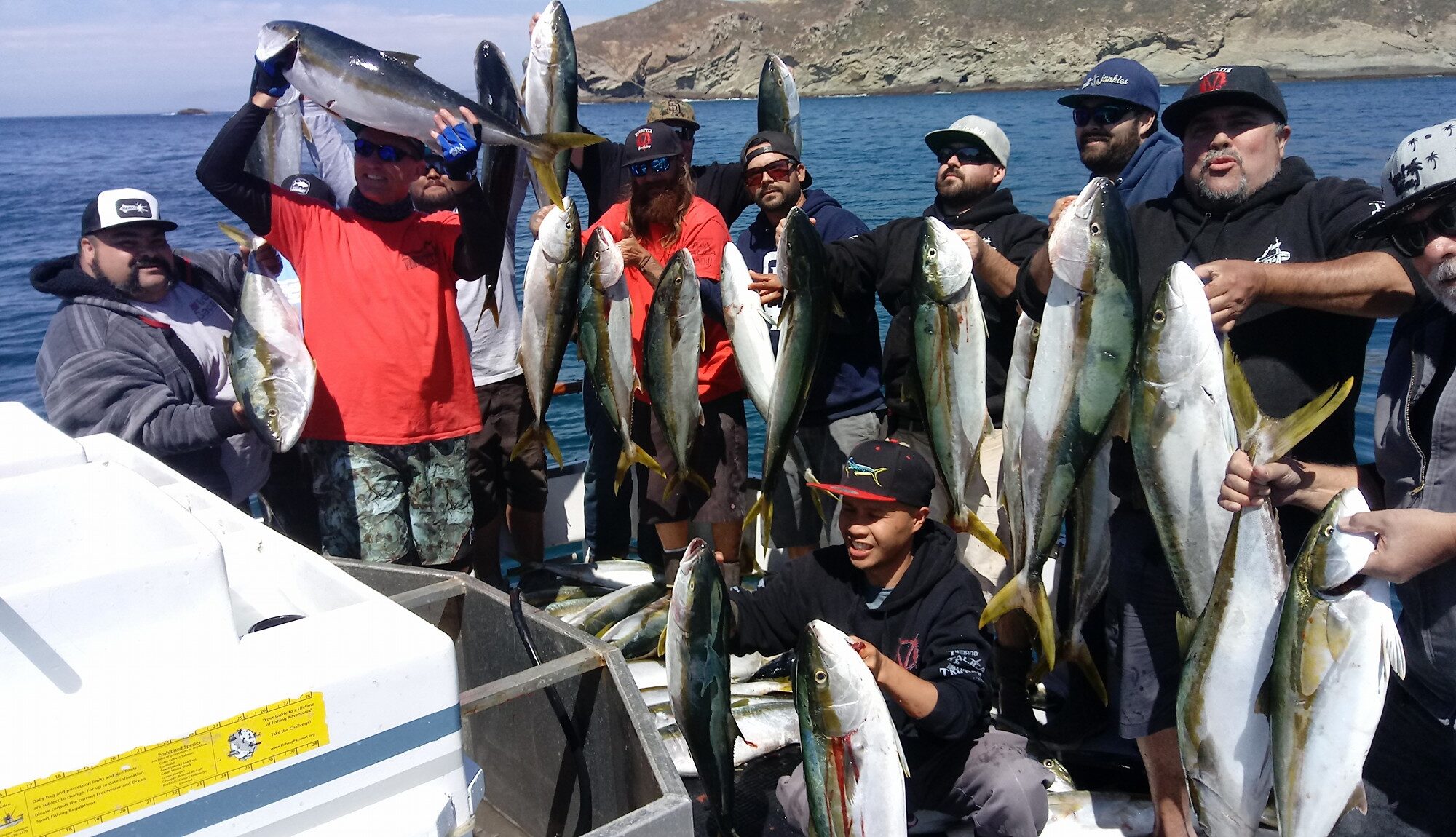 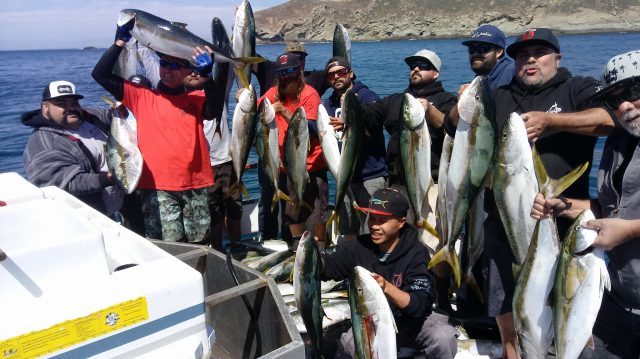 Well, Memorial Day weekend is upon us already and other than a few shots of early season bluefin, the season seems to be rolling along in a manner that would indicate things may be finally returning to normal SoCal fishing after that wild multi-year run.

Are the fishing fireworks over? Your guess is as good as mine.

The good news is that normal isn’t always a bad thing. Especially when normal SoCal fishing means biting yellowtail at multiple islands and school sized bluefin within range of 3/4-day boats in May. Since we’re kicking off the unofficial summer season, and we’ve got a long weekend with good weather in the forecast, I’m going to split today’s report right down the middle and cover first sport boat and then private boat options. 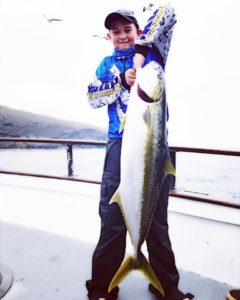 Though some fish are bigger than others and some bites are more consistent than the rest, there are yellowtail biting at all of the islands along our coast. Ventura based sport boats fishing the Channel Islands haven’t been setting the world on fire the last few days due to wind limiting their fishing zones. With good weather Friday and Saturday, I’d expect some yellows to start showing up in the counts again. Sunday and Monday look okay too, but there is a little more wind forecast, so if you want to get on a trip, I’d shoot for fishing on Saturday. There are plenty of quality yellowtail at Santa Barbara Island as well, but a lack of conditions has made it tough for boats that fished there this week. If the current is running, you’ve got a shot as some big fish like the one Okuma pro-staffer Zander Bretza caught aboard the El Dorado out of Long Beach Sportfishing over the weekend.

The yellowtail are also biting for boats fishing Catalina Island, but the overwhelming majority of them are less than 8-pounds. These are the big scores that the 3/4-day boats have been turning in this week. There are a handful of bigger fish being caught each day, but if you go out expecting big ones you’re probably going to be disappointed. San Clemente Island has been kicking out the bigger fish for overnight boats fishing the island, but captains report that the seals have been horrendous. The good news about this being a holiday weekend is that more boats should be at the island which will hopefully spread the seals around enough to make things fishable. 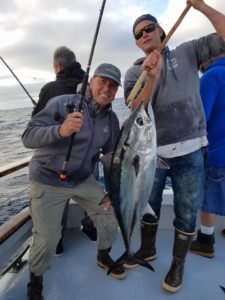 The 3/4-day and overnight fleet out of San Diego has been mostly fishing offshore and there are some bluefin biting. But as the photo at the top of this article shows, the yellows bit full speed at the Coronados for the Vendetta on Wednesday. There haven’t been any new reports today, as I write this at around noon on Thursday, but it’s likely that there are more boats giving the islands a look today. As for the tuna, boats are already calling in scores this morning. The bluefin are mostly in the 20 to 30-pound class but there are some bigger fish being seen. Captain Taro Takeuchi who runs the Liberty out of Fisherman’s Landing gave this tackle recommendation. “I can’t stress the importance of having your fishing tackle in pristine condition. We had very good opportunity to catch bluefin in the 20-30-pound class. We could only account for 22 fish and we did see signs of bigger (75-125-pound) fish. You’ll want to bring a fly-line bait set-up with 25 feet of 25-30# test mono top shot with a short piece of 25-30# Blackwater fluorocarbon and sizes 1 to 3/0 sized hooks (hook size is based on Mustad model 94150). Bring a Shimano Flaf Fall set-up with 50-feet of 40-60# mono with a short 80-130# Blackwater fluorocarbon leader tied to the flat Fall. Failing to prepare is preparing to fail!” 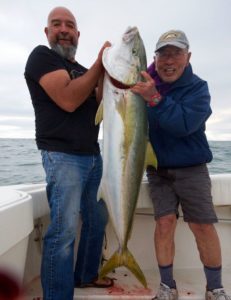 All of these fishing options are available to private boaters as well, but I’d recommend avoiding a few of them and maybe trying a few different ones. Regarding yellows, fishing alongside the sport boats isn’t necessarily your best bet. If you take the time and look around on your own you might get lucky like Harry Okuda did when he landed this 49-pound yellowtail on Wednseday afternoon. This fish was the biggest of three they landed. If I was targeting yellows this weekend, which I may end up doing, I’d fish either San Clemente Island (if I could get live squid) or the Coronado Islands. In both locations I highly recommend fishing where the sport boats aren’t to avoid getting eaten alive by seals. Another good option is to fish bass along the coast somewhere. We’ve got light afternoon winds forecast on the beach so you don’t even need to leave early to do it. I know I’ll be hooking my boat up and heading out this afternoon as soon as I finish this column. The water on the coast is stable if not super warm and the bass are up and biting. If you want to fish tuna this weekend, don’t go out expecting to find the big foamers of fish we saw last year. Right now it’s all meter marks and breezers and you’re going to need to go into light line stealth mode to get bit.

Whatever you do, have fun and good luck this weekend!

Check out Erik’s SoCal Scene for great articles on gearing up for SoCal fishing.