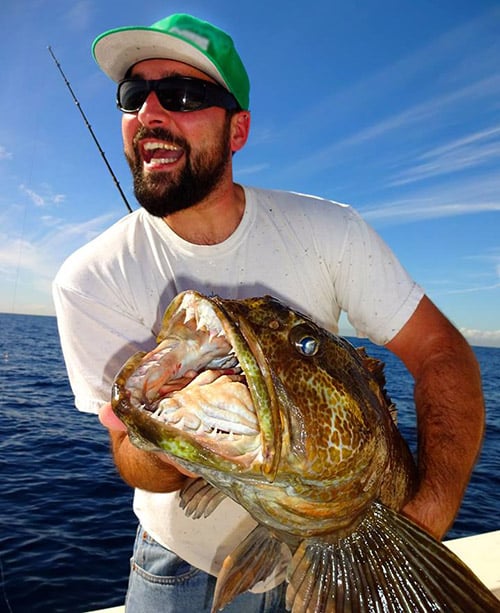 A Happy Thanksgiving is not something I thought I’d be wishing anyone in the same article I’d be discussing the best way to get in on the hot tuna bite, but it looks like that’s what’s happening. The season that just won’t quit has made it yet another week and promises to continue at least through the weekend. After that, we’ve got what looks like a significant storm heading our way. If the forecast doesn’t change, we’re going to get some much needed rainfall and we’ll have to wait and see what the wind that follows the rain is going to do to the fishing.

The big news again this week is the hot fishing out at Tanner and Cortes Banks. 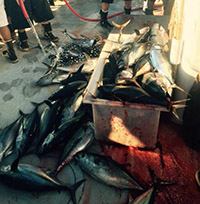 On a recent 1 ½-day trip the Freedom, out of 22nd Street Landing, landed over 300 yellowfin, along with a handful of bluefin and a bunch of rockfish. The Tribute out of Seaforth Sportfishing got in on the bite as well and landed 230 yellowfin (limits) for their 23 anglers. There are several boats with trips scheduled for the weekend including the Freedom and the Tribute, so if you want to get in on this bite, I’d try to do it before the rain gets here early next week. 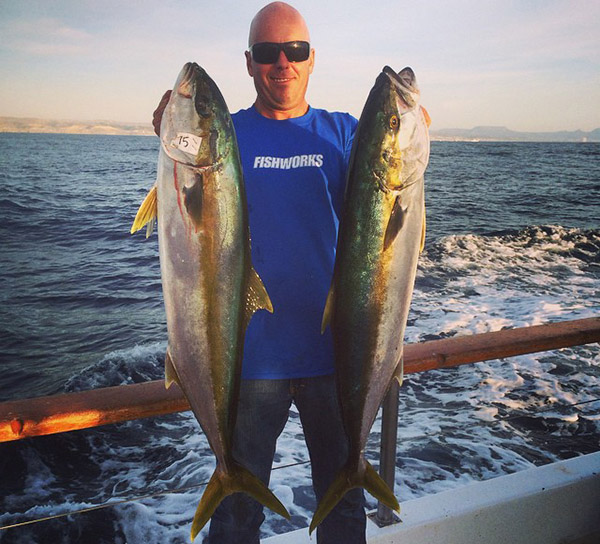 The Coronados bit for the second week in a row and ¾-day boats fishing out of San Diego landings scored limits or close to limits on most of their weekend trips. According to Captain Ryan Bostian of the San Diego out of Seaforth Landing, 90% of the fish are in the 8 to 10-pound range, with the remainder being over 20-pounds. There is plenty of room left on these boats for the weekend and pulling on yellows is a great way to burn off those Thanksgiving calories, so why not jump on a trip? 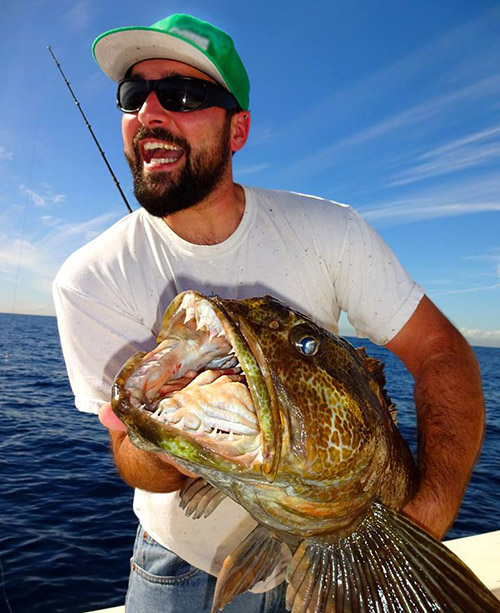 Private boaters are also getting in on the action at the islands. I spoke with Captain Duane Mellor of Seasons Sportfishing and he reported all you want fishing on the smaller grade of yellow, with fish being caught on bait and jigs. Season’s is now running their popular winter rockfish trips and has been putting up good scores of quality reds, lings to 20-pounds and they’ve even gotten the occasional jumbo deep water yellow in the cod zone. 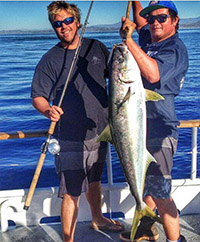 The San Diego coastline is fairly quiet, except for the occasional yellow or seabass being caught. Further north, the yellowtail zone below Dana Point came back to life and as of the time of this writing (Wednesday morning), the Sum Fun already reported having landed 14 big yellows. This may be a one-day deal or it might be the beginning of another re-bite, so it would be worth your while to keep an eye on the counts before booking a trip.

The yellowtail are also biting a bit outside the Horseshoe Kelp. The fish showed best over the weekend, but there are still a few fish being caught on most days. Captain Aaron Graham of the Native Sun, the 7:00 AM 3/4-day boat out of 22nd Street Landing pointed out that I made an error in last week’s report, so I’d like to clear that up. I had said that the sport boats were only targeting rockfish last week, but he corrected me in that the rockfish were biting in the same area as the yellowtail, so they were actually looking for yellows every trip. Thanks for the clarification Aaron and good luck this weekend! 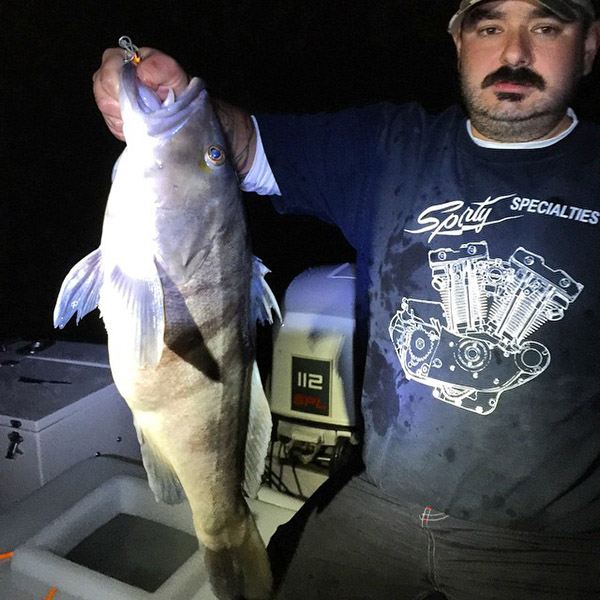 Along the coast, there have been some bass biting for private boaters fishing the break wall and up at Palos Verdes. During a recent break wall tournament, Mike Bonhoff managed the catch of a lifetime with a 10.18 pound sand bass. While most of the other fish biting at the wall have been a lot smaller, there’s lots of action on the incoming and outgoing tides. 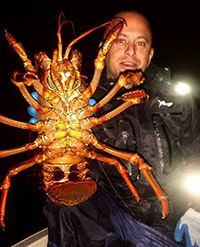 Hoop netting hasn’t gotten a lot of attention in my reports this year, but the lobster fishing has been good and this upcoming storm going into a full moon cycle should make next week a good time to go. My friend Chris Lilis has been hooping in Long Beach Harbor and reported getting plenty of good-sized bugs. The front side of Catalina is also kicking out lots of lobster for anyone willing to make the run.

That’s about it for this week; I hope that everyone has a great holiday and that the wind doesn’t hammer us too bad next week.