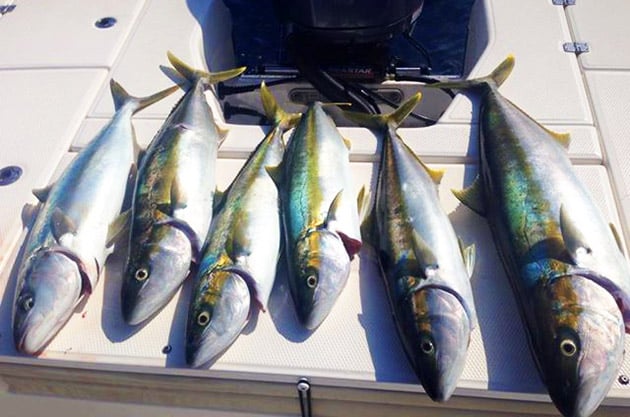 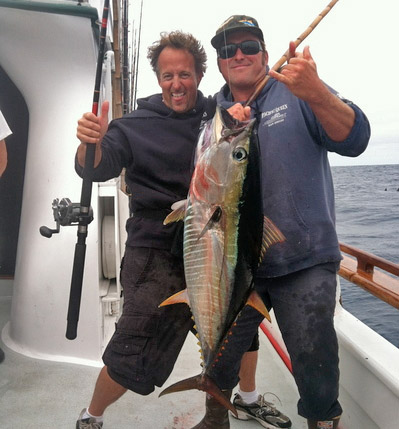 This week has been just another week of good fishing in this crazy winter we’re having. Boats running to the Cortes Bank are still scoring bluefin tuna, though the bite has been hit and miss due to boat traffic. Captains fishing the bank this week reported that one or two boats would score fish while the others watched. While this isn’t all that fun for the boats that are watching, it’s not necessarily a sign that the bite is ending. I’d keep an eye on this bite to potentially improve as we come out of this week’s new moon phase. 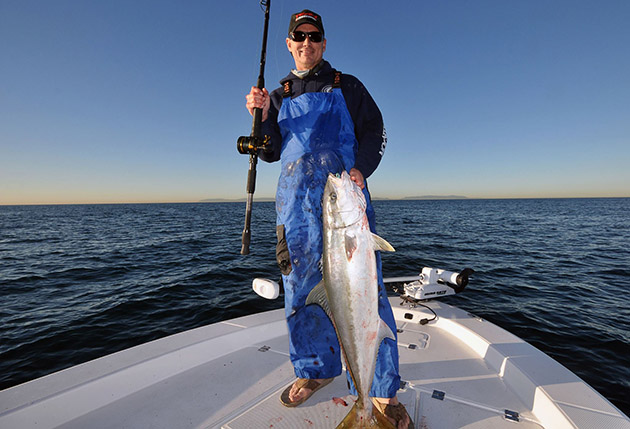 That same new moon has given the coastal yellowtail bite a shot in the arm.

While the fish are still biting from San Diego to the Santa Monica Bay, the waters off Long Beach have been producing the most fish. I fished out front on Saturday morning with Matt Kotch and we encountered a lot more boat traffic than we’d seen in previous weeks. Despite the added pressure we were still able to find a couple fish willing to bite the surface iron. I dumped mine, but Matt landed a 29-pound fish. We didn’t spend too much time in the crowded zone, but saw quite a few boats catching fish. 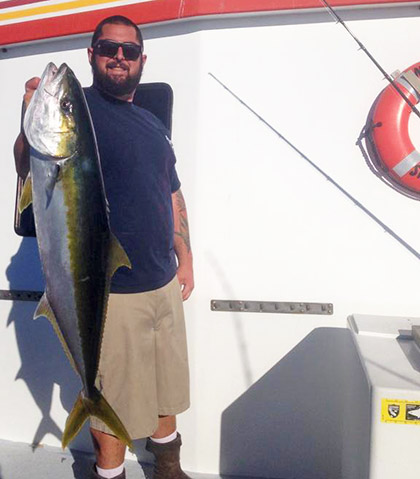 The good news for sport boat fishermen is that some of the local boats are targeting the yellows. Captain Aaron Graham on the Native Sun out of 22nd Street Landing, put his passengers on fish both Saturday and Sunday. Most of their fish came on the yoyo iron. 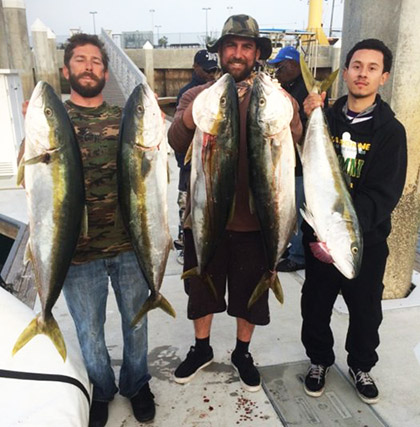 The local bite continued through the week and several Bloodydecks forum members reported getting in on the action. By the sound of their reports, the hot ticket was to find fish away from the crowds. If you’re interested in learning more about finding your own fish, please check out this article. 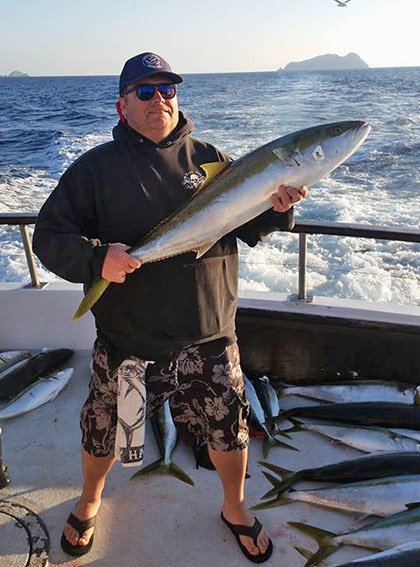 In other news, the yellowtail have been biting at the islands as well. The Malihini out of H&M Landing has been fishing the Coronado Islands and got good scores every day this week. These are mixed grade fish, but there are plenty of 20 to 30-pounders in the mix. Reports indicate that these fish have been biting both the yoyo and surface iron. These trips are the best bet for sport boat anglers looking to take advantage of the yellowtail bite. 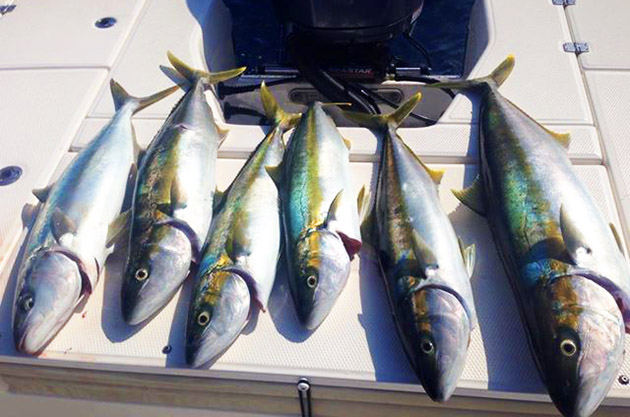 San Clemente Island has also been kicking out the yellowtail. Matt and I made the run out there on Monday and had ten yellows in a couple hours of fishing in the morning. The fish we caught ranged from 10 to 18-pounds but we did hook a couple bigger ones that didn’t make it into the boat. 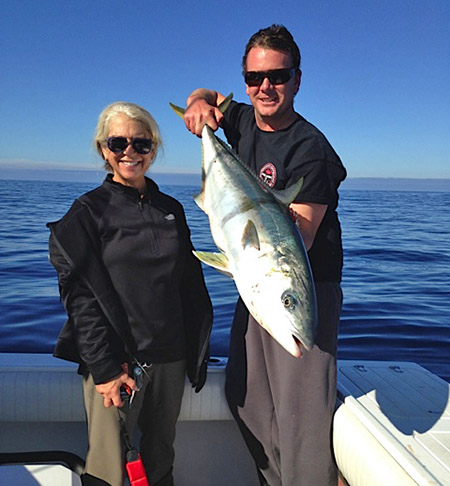 Captain Brandon Hayward of One Man Charters has been on this bite for weeks and had this to report. ” With all the local action on the beach, Clemente had been gnawing at me. I got out there a few days after Christmas on an open party, but the Santa Anas pretty much had us dodging the wind all day. I saw a few good schools, but we couldn’t drop on them. We hooked one, lost one. I got back over there the next week and we had wind issues again, but we ended up hooking 6 or 7 and getting 4; all big fish. Since then there’s been more smaller, like 12- to 18-pound fish in the mix.”

Hayward said, “What makes it different from the coastal stuff is that you don’t need a side-scanning sonar. You can pretty much fish the ridge lines and look for schools with your up and down, or just fish traditional rockfish/deep-water bass spots.” Hayward has spots available on an open party trip on March 1st. It’s a Catalina/Clemente combo trip. Start at Clemente, finish at Catalina trying for seabass and rockfish will be open.

This is a good opportunity to get out with a fishy captain on a nice boat, so get in touch with him through his website if you want to go.

There is some rain in the forecast for this weekends, so make sure and watch the weather if you’re planning to make any long runs.