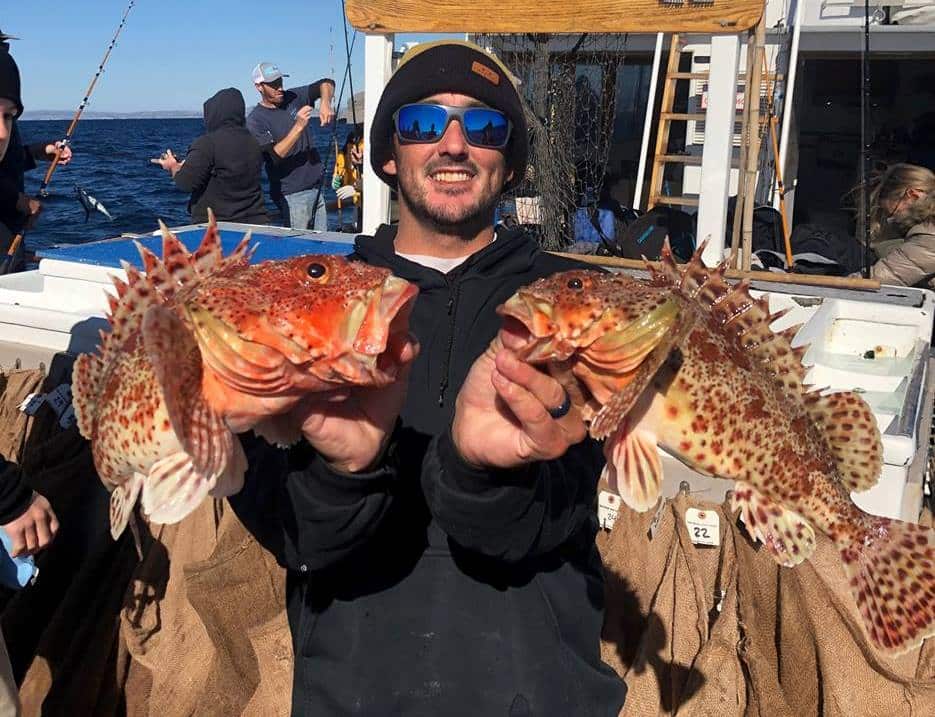 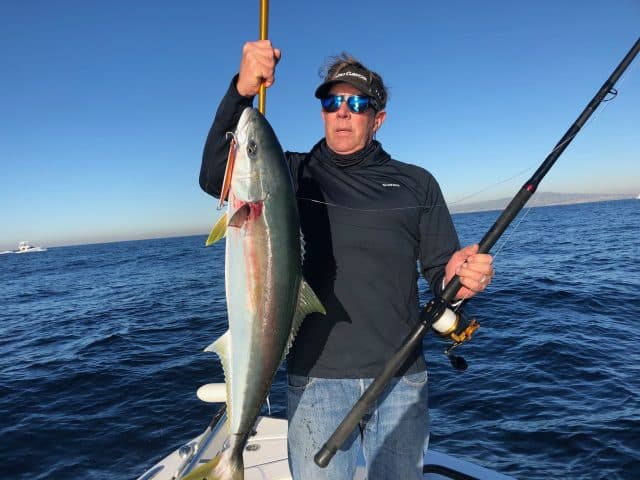 There’s not a whole lot to report this week due to the strong Santa Ana winds that rang in the New Year and kept most boats off the water. The good news is that those winds have stopped blowing, the water temps are holding strong, the boat pressure is light in most areas and the fish are biting. Let’s take a look at this week’s Navionics Chart and see what’s biting where. 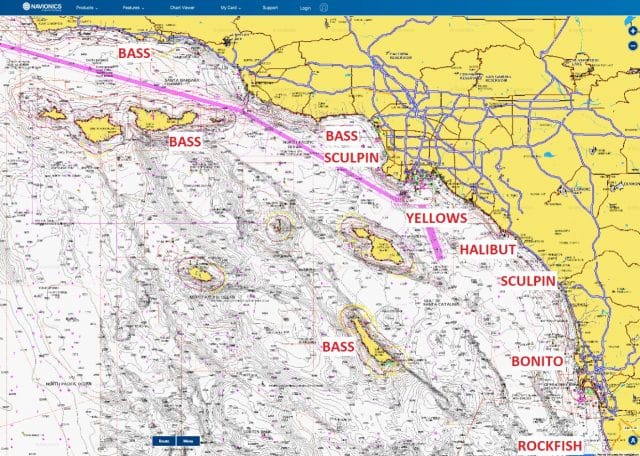 I’m going to throw my reporting routine completely out the window this week and start in the middle of the chart since it’s the most exciting. There are some really big schools of yellowtail roaming around the Horseshoe Kelp and 150 right now. I fished the area on Sunday morning with Jimmy Decker and we went two for three on the surface iron due to losing one to a seal.

While catching a couple of surface iron yellowtail a couple days before New Years might sound like a good day, when compared to the incredible amount of fish we saw, it actually sucked. There were fish spread over a mile that were up chasing bait on the surface from just after dawn until 10:00 a.m. and we had multiple opportunities to cast on them, but they just weren’t biting. At one point we had a spot that was at least 100-feet in diameter up foaming and we were winding our jigs over their backs for no bites at all. Not sure what those fish were on but they were locked in on it.

As you can tell by the photo at the top, most of these fish were in the 15 to 20-pound class but we saw a couple spots that were straight 30-pound plus fish and saw several individual fish that looked over 40-pounds. I don’t know where these fish came from or if they’ll ever decide to actually bite but its pretty cool to have them around in the middle of winter. 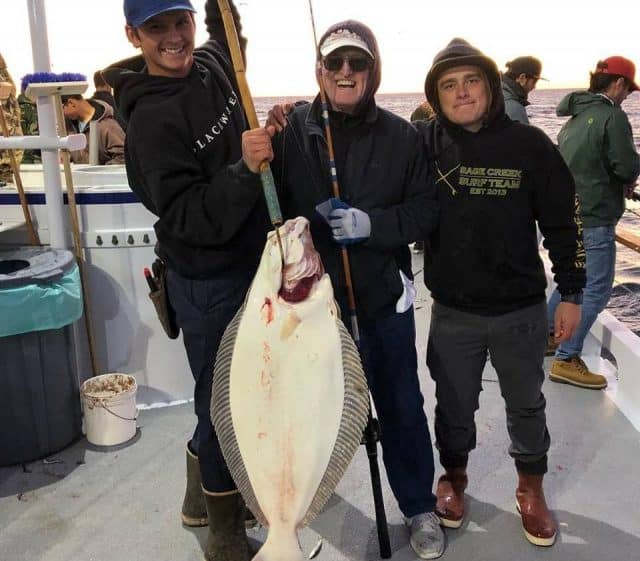 As a side note, once the sport boats got in the zone on Sunday, most of the private boaters who followed them out there behaved extremely badly and made it impossible for anyone to properly fish, let alone catch anything. It got so bad that I had to leave because I couldn’t turn the boat without having one or two skiffs shadow my every move. What was interesting is that the gang bang started out with only a couple boats racing around and chopping everyone up but within a half hour it seemed like everyone was doing it (and no one was catching fish). One thing is for sure, that is the last gang bang I plan to witness this year. I deal with enough frustrating people on land, I don’t need to spend time around them on the water.

In other news, the sand bass and sculpin are biting well in the Santa Monica Bay and for the sport boats fishing out of Long Beach and Newport. Private boaters have better bass fishing options with calicos biting at the break wall, along the coast and at the islands. These windless winter days are a great opportunity to make the run to San Clemente Island and you might get lucky and run into some yellowtail if you do. 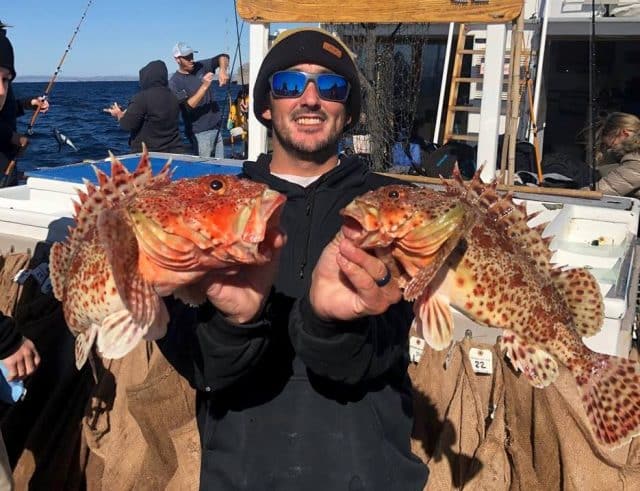 There are halibut being caught by the guys putting their time in drifting or bounce ball fishing out of Dana Point and a few are being caught in Long Beach and San Diego as well. There have been some bonito biting along the coast in San Diego and the rockfish are biting at the 9 and around the Coronado Islands but you need to be in Mexican waters to target them. If you are planning to fish this weekend, don’t forget to buy your fishing license before heading out.  The CDFW loves writing tickets at this time of year.

Get some great how to tips too from Erik Landesfeind on BD.