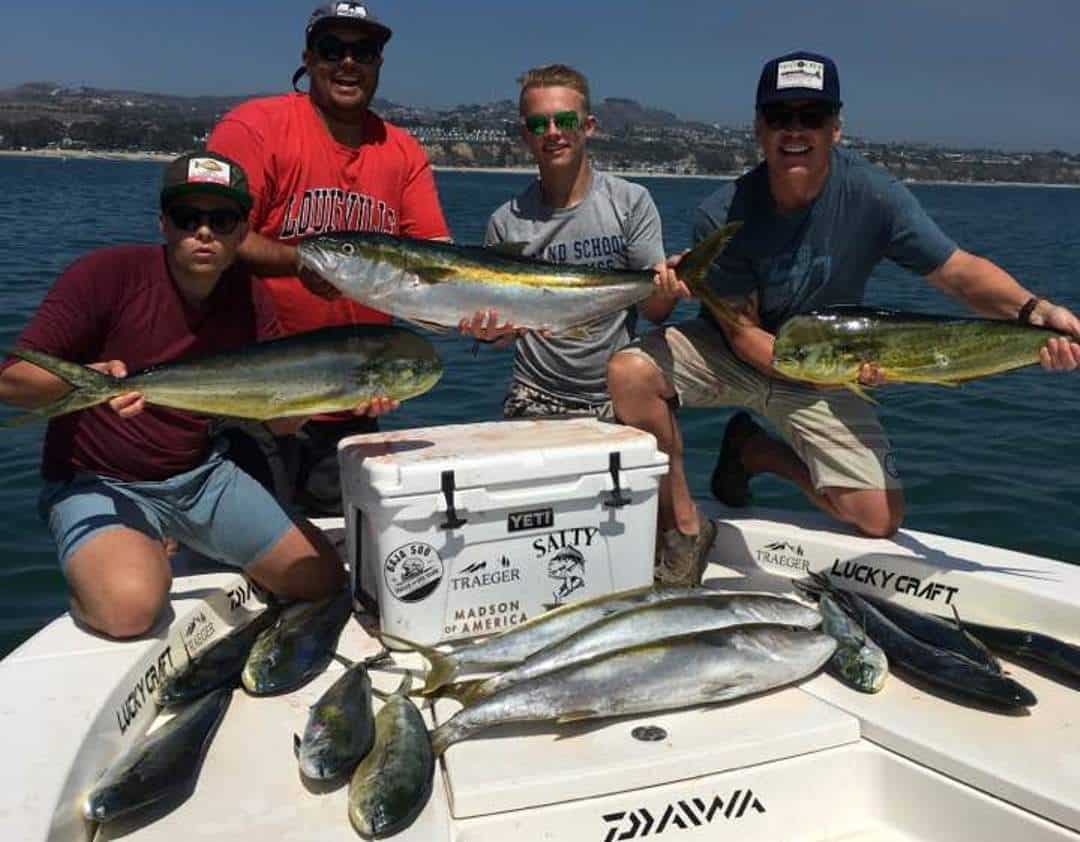 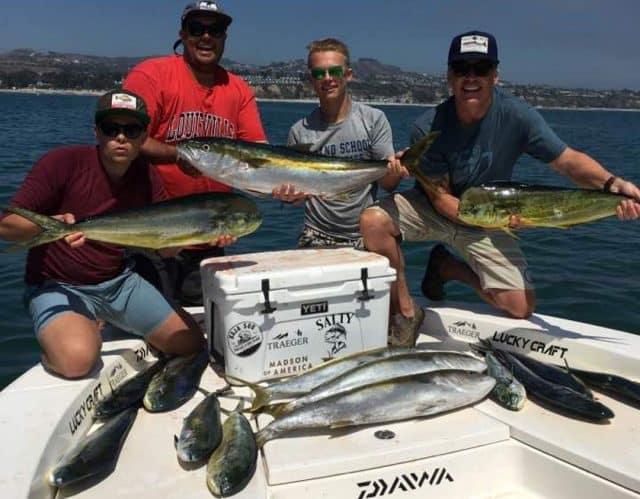 It may have taken until August, but we’ve finally gotten away from the big tuna or bust mode we’ve been in this summer. While those bluefin are still biting, I’d like to spend most of today’s column talking about some of the other fishing options. There’s a lot to cover, so I’ll start at the top and work my way down the coast.

I spoke to Captain Larry Heron of Calico Hunter Charters this morning and he reported that there’s an excellent bass bite happening at Santa Cruz Islnand right now to go along with the 5 to 20-pound yellowtail boats have been catching at Anacapa this week. According the Heron, the bass are biting better than they have in recent years in areas where the water isn’t too warm. With temps in the mid 70’s on the protected backside of the island and in the 60’s on the front, you’ll actually want to look for colder water if you’re targeting calicos. 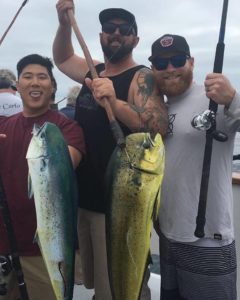 Speaking of warm water, the stuff on the coast from the Santa Monica Bay down to Long Beach is too warm to produce good bass fishing. I fished on Sunday and after not catching bass in 73-degree water at the break wall, I worked my way up the Palos Verdes peninsula and fished as far as Torrance beach where I found 77-degree water and no biting bass. After beating my head against the wall for a couple hours, I decided to run offshore to take a look around. I worked my way from the Boot, down through the Avalon Bank and out to the shipping lanes without seeing any signs of life. I did however talk to Captain Jimmy Decker who’d hooked and lost a marlin off the east end of Catalina that morning.

I ran into some dirty water outside the 14 Mile Bank and decided to head for home but was stopped along the way when I saw a dorado jump on a paddy in very dirty water a mile and a half outside the rigs. That paddy was holding dozens of dorado ranging from 5 to 15 or 20-pounds but they refused to bite any of the artificial lures I cast to them. Served me right for heading offshore without bait I guess. Gave up after a while and headed for home only to have a big school of yellows pop up next to the boat as I was hauling ass across the 150. I immediately spun the boat around and had my buddy grab a jig stick but the fish were gone in the blink of an eye. Spent a half hour waiting for them to come back up but they never did. It just wasn’t my day. 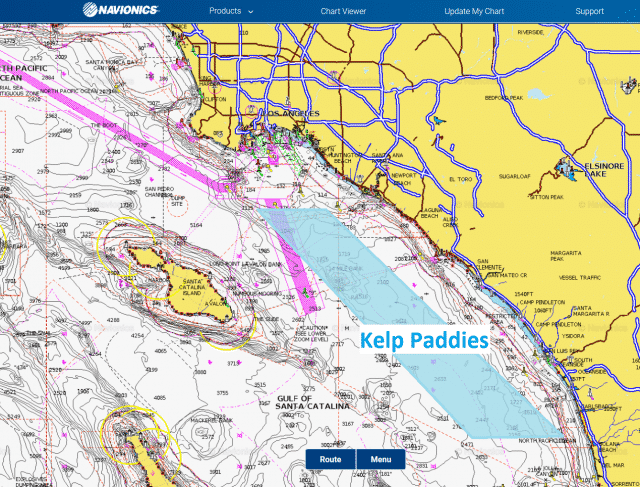 The good news is that the Native Sun out of 22nd Street Landing took a look in that zone the next day and caught some of those dorado. They didn’t get a big scores but it was cool to see biting fish this far up the line. On Wednesday those big yellows I couldn’t catch bit a little and the Southern Cal out of Long Beach Sportfishing landed four. This is far from being a barn burner bite but it’s better than the sculpin that the local boats have been relegated to catching the last couple weeks.

The farther south you go the better the kelp paddy fishing gets. Captain Gerry Mahieu ran a trip out of Dana Point on Wednesday and reported one stop shopping on quality yellows and limits of dorado for his group. It can be tough to find a kelp right now but most of them are holding. If you’re planning to do some paddy hopping I wouldn’t leave in the dark because you’ll likely drive past the fish. Some of the best kelps have been found just a few miles off the beach. 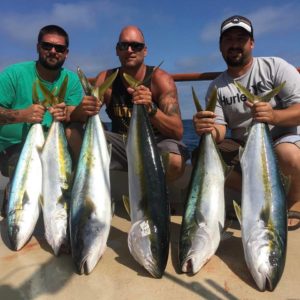 The 3/4-day boats out of San Diego have been absolutely crushing the yellowtail at the Coronado Islands this week. Captain Ryan Bostian of the San Diego out of Seaforth Landing reported that he’s seeing some of the best island fishing he’s ever experienced. With limits of yellowtail for 53 anglers on Wednesday’s trip, I can see why he feels that way. The bluefin tuna that were biting at the islands last week have gone MIA but that’s standard operating procedure for bluefin, especially following a full moon. I wouldn’t write them off as they might pop up again at any time. It sounds like the yellowtail are biting just about everything right now so grab your jig stick and get down there and have some fun. 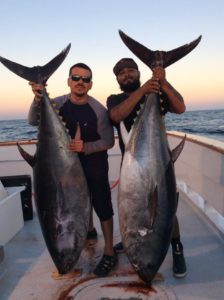 Finally, the big bluefin are still biting on the backside of San Clemente Island. It’s been rough out there all week which has kept the private boater traffic down, but the bigger boats are getting it done. Captain Dave Hansen ran a 3/4-day trip to the island aboard the 64-foot Wild N Sac and landed five fish over 100-pounds for his charter group on Tuesday. Sport boats are still consistently catching fish and, at the time of this writing on Thursday morning, the Thunderbird out of Davey’s Locker already has a 250-pound fish on the deck. I can’t stress enough the need to bring appropriate tackle if you’re heading out on a sport boat. 80-pound test on a two-speed reel with an appropriate rod is the minimum you’re going to want to bring and if you’ve got a rail rod that’s a plus.

The majority of the sport boat caught fish are coming on jigs rigged to 130-pound (or heavier) fluorocarbon leader. If you’re unsure of what to bring or how to rig it, I recommend visiting your local tackle shop and having them get you dialed in.