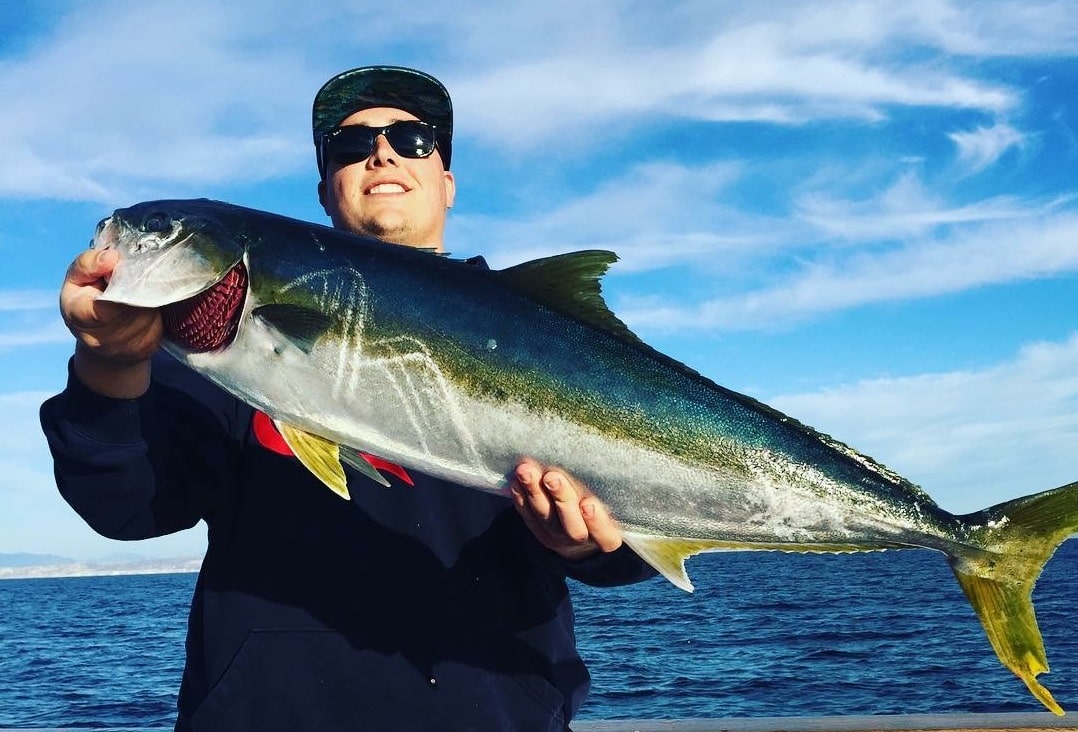 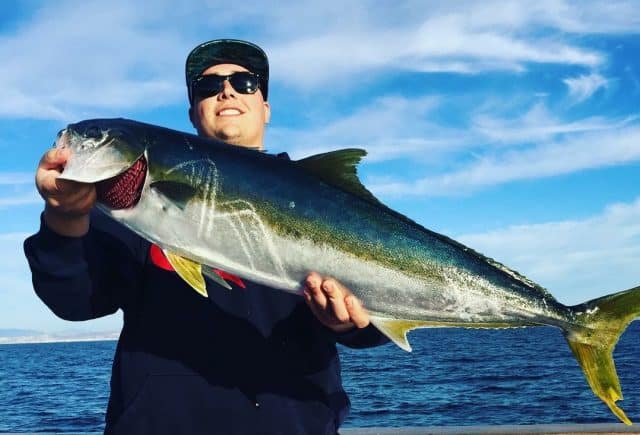 I’m going to warn you in advance, this week’s report is going to be mostly cloud and very little silver lining. The wind has been blowing for a couple days and it’s probably still going to be blowing when you read this on Friday. The water temps are down throughout the bight and many areas are going to remain blown out through the weekend. The only real bright spot is that the coastal waters are forecast to be fishable on Saturday and Sunday but I’m not holding out hopes that the fishing is going to be great. 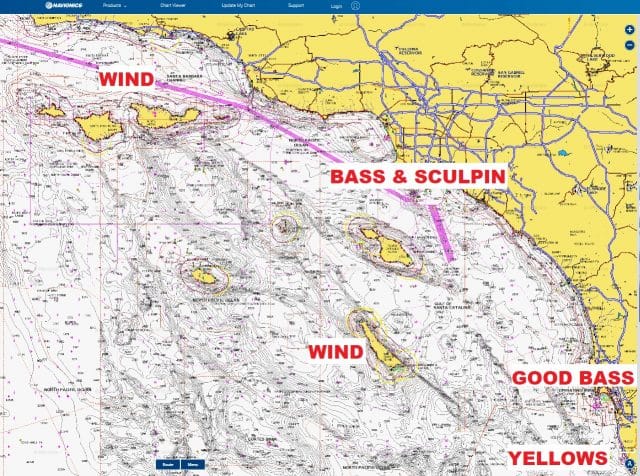 This week’s Navionics chart pretty much tells the story. The Channel Islands and probably the coast north of Ventura have been getting hammered by the wind and conditions will likely be ugly at best over the weekend. San Clemente Island isn’t forecast to get too much wind over the weekend but the wind has been howling out there for several days now, so it’s probably not worth making the run. The sand bass and sculpin are biting along the coast in LA and Orange Counties but the water temperatures have dropped enough to slow things down this week.

I fished in San Diego over the weekend and had excellent sand bass and calico fishing along the artificial reefs above Mission Bay while fishing the SBS Tournament. Didn’t catch any big ones but good steady fishing on 2-pound class fish on the 6 and 8-inch MC Swimbaits Slugs fished on a lead head. I’m sure this area got hammered by the wind too but you’ll probably be able to catch fish there over the weekend.

The big news is that the yellows showed up at the Coronado Islands this week.

The Liberty out of Fisherman’s Landing caught one over the weekend and found some more willing fish on Wednesday’s trip when they landed 25 fish for 13 anglers. All of these fish came on the yo-yo so pack accordingly if you’re planning to head down there this weekend. 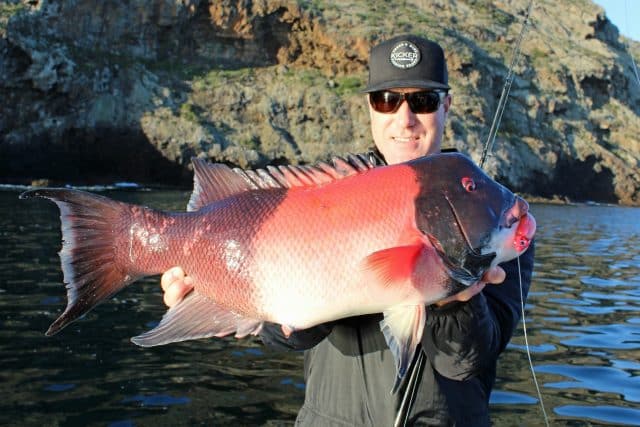 The good news is that rockfish season starts up again on Thursday and sport boats will finally be getting off the dock again. I spoke to Captain Larry Heron of Calico Hunter Charters the other day and he reported that Santa Cruz Island is currently loaded with big sheephead. The photo above is of an 18-pound fish Captain Nick Tharp caught while fishing bass there last week (the fish was released). Heron theorized that the volume of red crabs that the island has seen over the last few years has not only built up the sheephead population but changed their feeding pattern. While the enhanced sheephead numbers should make for some fun post opener fishing, the weather forecast is going to make us wait a bit to get in on it. 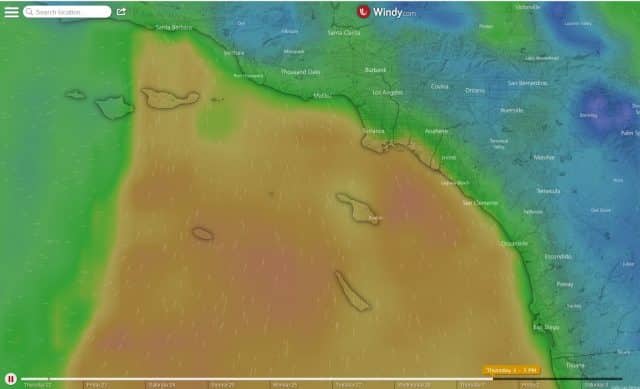 This is Thursday’s weather forecast. If you’re unfamiliar with reading the windy website, solid yellow with shades of red and wind vectors coming out of the south means that no one is going fishing on the opener. Here’s one last silver lining tidbit to get you through this windy period. Captain Dave Hansen reported seeing several schools of small bluefin tuna off the east end of Catalina over the weekend. The fish were seen in basically the same area that I saw fish back in December, so it’s likely they never left. If that’s the case there may already be big bluefin in our local waters as well. There’s no guarantee, but I’m choosing to keep my fingers crossed.