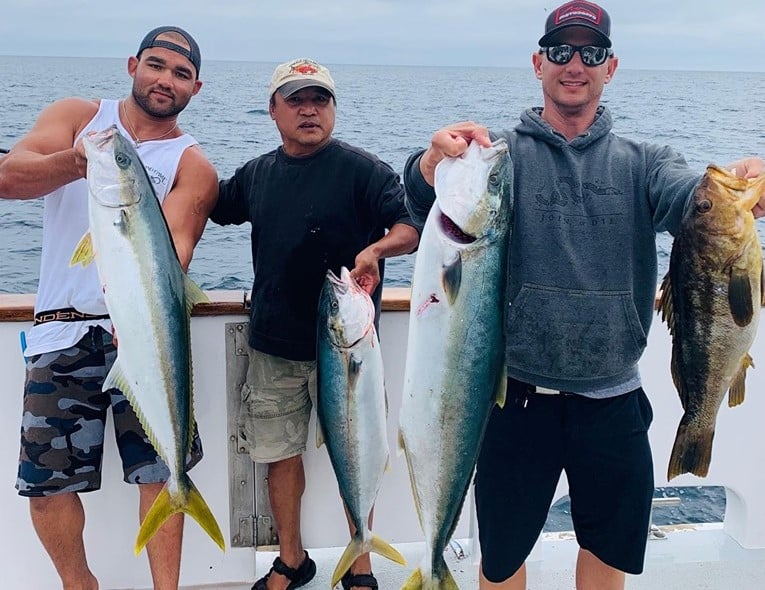 It’s been another good week of fishing in Southern California, but Tuesday night’s full moon seems to have had an impact on several areas. Starting up north, I just saw a report that the Mirage had limits of seabass on Thursday morning. I don’t know where they’re fishing but if I were to guess, I’d say that the squid ground bite at Rosa kicked back into gear. The tuna bite was also impacted by this full moon as cold water has moved into the local banks off San Diego and up through the 43. I ran a loop from Newport, to the Clemente Ridge, to the 43, to the 182 and 267 on Saturday and while we found tuna outside the 43, they weren’t up foaming like they’d been the week before. I’m not a tuna expert but I’d imagine they weren’t as hungry in the 63-degree water as they’d been in the 68 we had the week before. Just saw on fishdope that water temps as low as 60 were reported out there on Wednesday.

While I’m sure the cold water upwelling will resolve itself soon enough, I don’t think that this weekends breezy forecast is going to help. You might get lucky and stumble into those big bluefin out there this weekend but you’re going to pay for it with a lousy ride home. If it were me, I’d give the area a week to recover. Speaking of wind, while it’s forecast to blow hard enough to deter private boaters from making long runs, it shouldn’t have any effect on the sport boats. 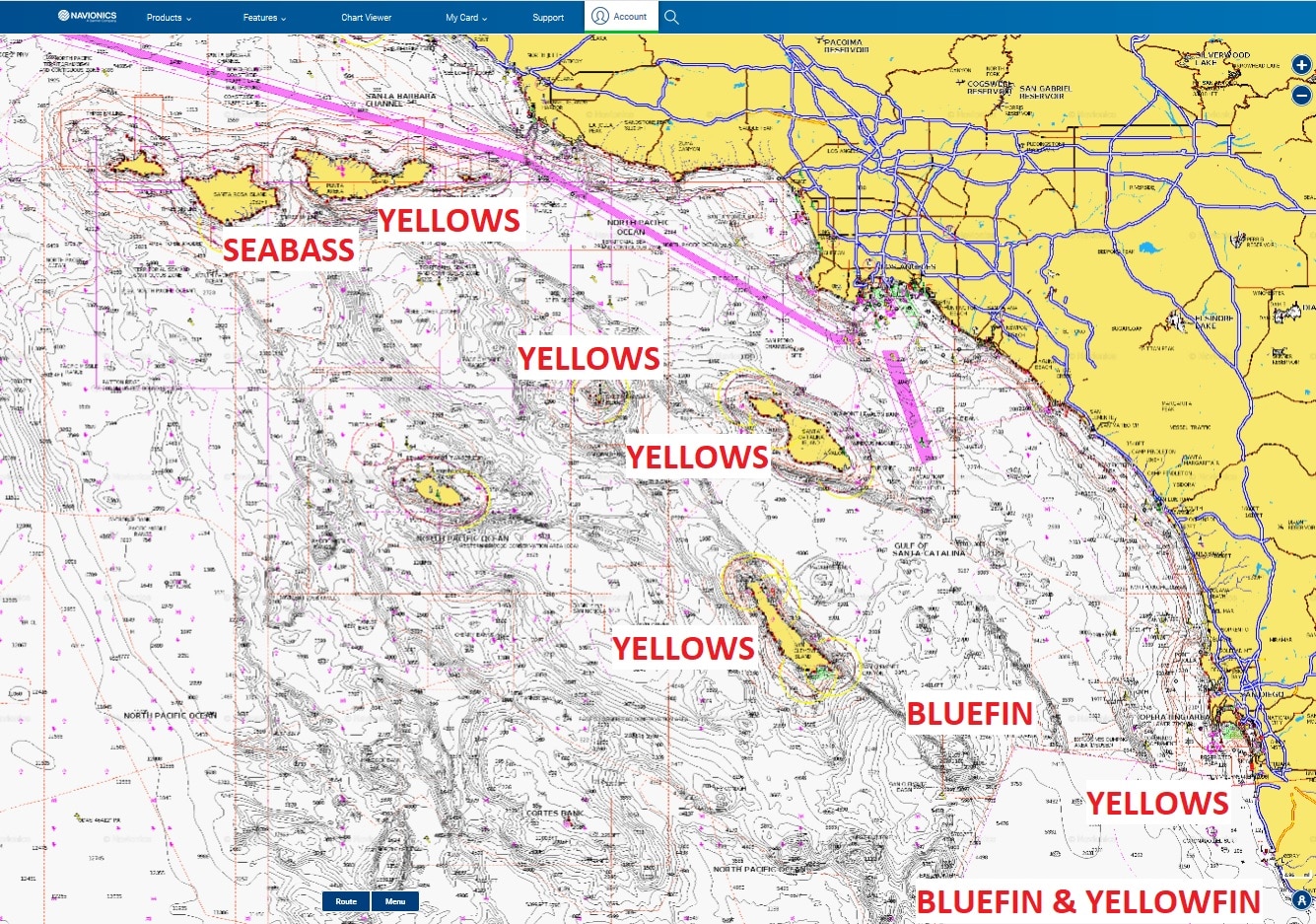 Let’s take a look at this week’s Navionics Chart to get an idea of what’s biting and where. I’ve already covered what little I know about the seabass bite but there are some yellows biting at the Channel Islands as well. Most of the yellowtail this week were being caught at Santa Barbara Island. While overnight boats have been getting good scores some days, others days the dirt clod’s fickle conditions and excessive amounts of sea lions makes for slower fishing. There are still some yellows biting at Clemente but the island isn’t getting much pressure due to frequent Naval closures, which continue through this weekend. 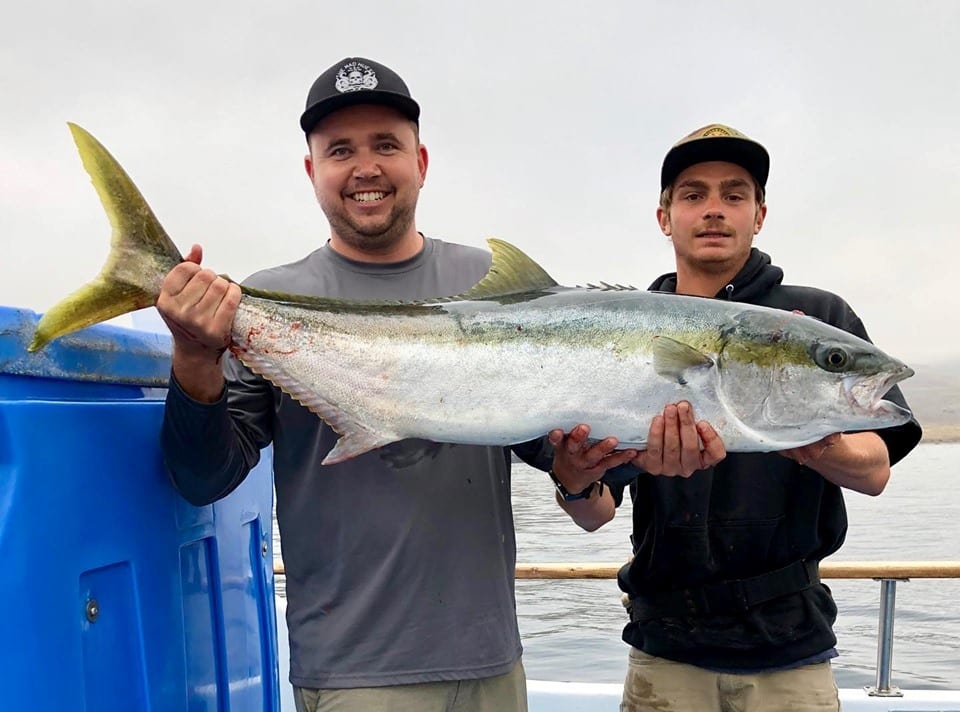 Catalina Island is still kicking out some nice yellows for 3/4-day boats and private boaters fishing there. There is live squid available at Avalon right now but some of the reports I’ve heard are saying the fish are preferring sardines right now. The yellows are also biting surface iron and hardbaits if you’re not into the bait thing. The best yellowtail bite is happening at the Coronado Islands right now and while counts were down on Wednesday, there’s a ridiculous amount of fish at the islands right now and full day boats had scores in excess of 25o fish earlier this week. I’ve seen some pictures of the bite zone and it looks like one giant gang bang to me but it seems like everyone is catching fish, so if you’re heading down that way expect a circus this weekend. 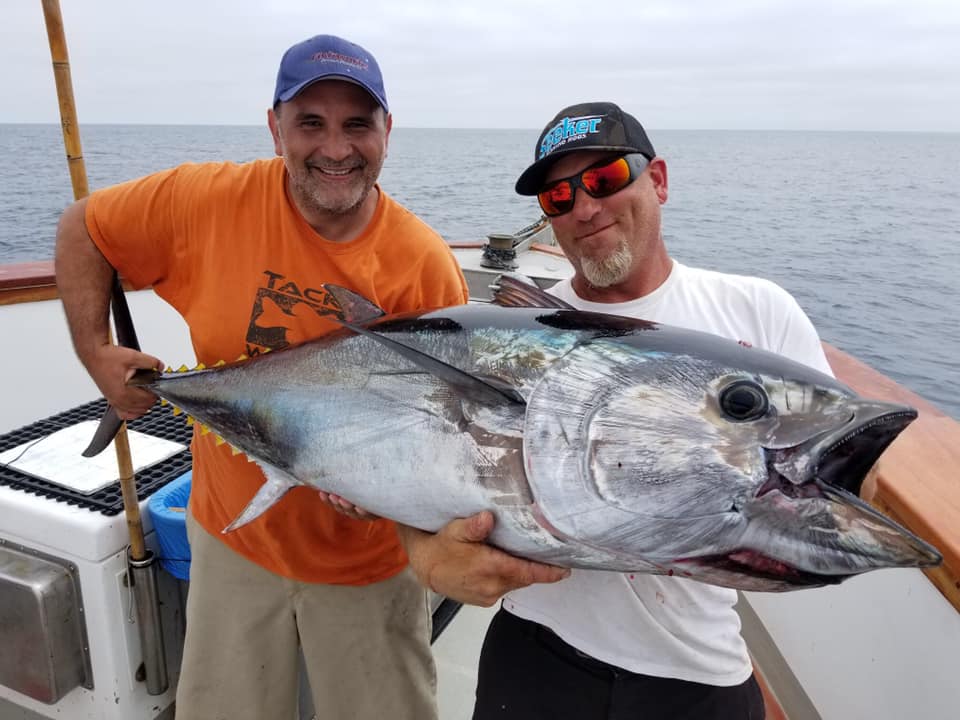 The cold water off our coast has shifted the attention of overnight and 1 1/2-day trips down south below Ensenada where boats are catching mixed grade bluefin. Sounds like there are fish from school sized up to 100+ pounds in that zone as well as yellowfin. Trips this week averaged one fish per rod but some 1 1/2-day trips caught two fish limits of bluefin. The wind is supposed to blow around 12-15 knots all weekend down there making this zone is a long run in the wrong direction for private boaters. I’m going to take my own advice and fish the beach this weekend. The bass bite has been excellent from Santa Monica to San Diego this week, I advise having a fun and relaxing morning of fishing instead of beating yourself to death to get to tuna that aren’t really biting all that well.