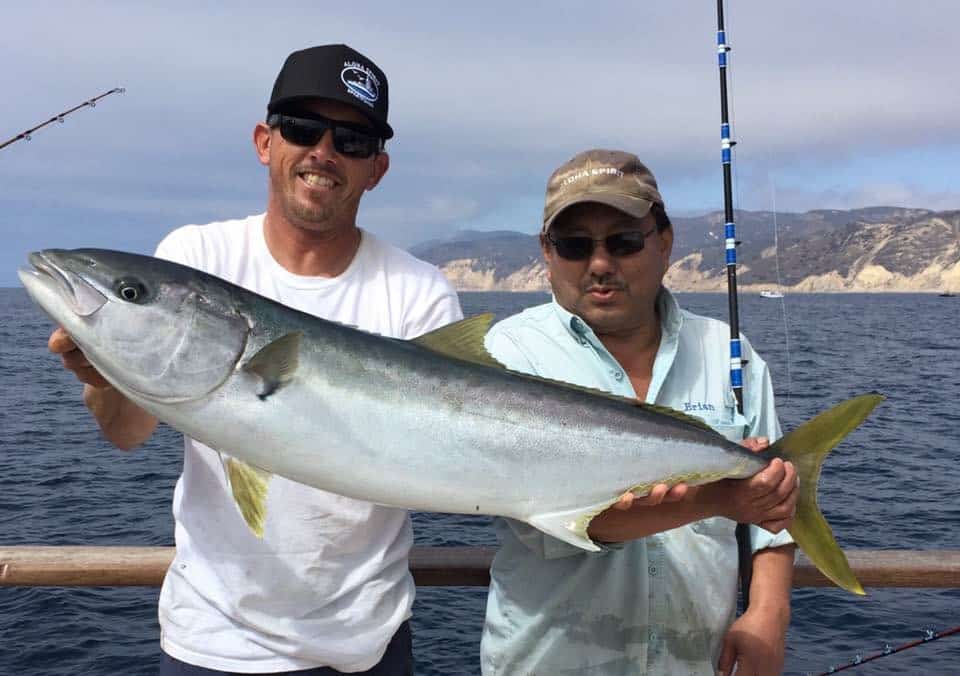 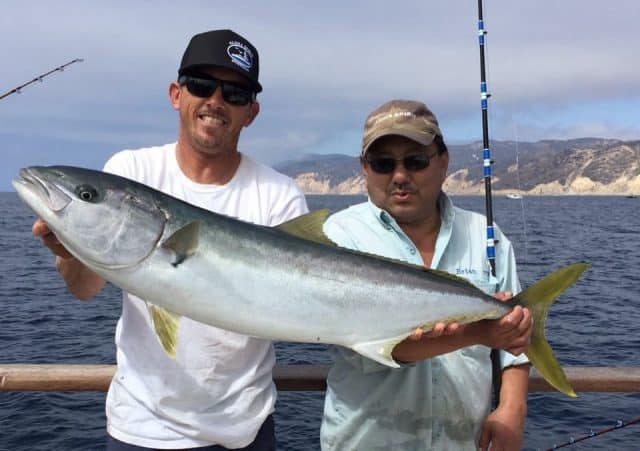 Though there are still plenty of fish around, the bluefin bite is not the top news this week as Naval maneuvers at San Clemente Island have kept the fleet away from the Desperation Reef tuna grounds. Several private boats have snuck out to fish the zone despite the closure and reported catching fish there earlier this week, so I expect that bite to pick right back up once the island schedule allows boats to return. In the meantime, there are still some really big bluefin being caught, like this 250-pounder Chris Lilis landed, for boats willing to put in their time fishing the kite. 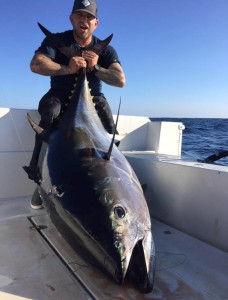 Luckily the yellowfin tuna are cooperating for the boats displaced by the Navy. While not as big as the bluefin that are biting at the island, these 15 to 25-pound tuna are providing good action for sport boats. There are several areas holding fish along our southern coast and boats from San Pedro to San Diego are getting in on the action.

Since this tuna bite is really the only offshore game in town, it is getting a lot of pressure from sport boats as well as private boats. As is always the case, the heavy boat pressure is leading to some very bad behavior. It’s impossible to tell who is encroaching on who when you’ve got fifty boats fishing on top of one another, but that doesn’t excuse bad behavior on anyone’s part.

If you’re planning on fishing tuna this weekend, I would highly advise staying as far away from the fleet as possible. 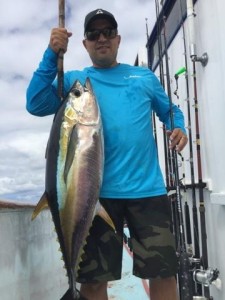 I spoke to Captain Jimmy Decker who fished offshore on Tuesday and he reported tough fishing despite seeing a lot of fish. According to Decker you needed a sonar to find the schools and 30 scoops of chum to get them to stay with the boat. His client managed to land a nice yellowfin on a sardine but he said that one of the sport boat captains he spoke with on the water said it was a bite every cast on 15-pound fluorocarbon with a small hook and a smalll lively bait. The way the fish are acting, if you want to catch a yellowfin tuna I recommend jumping on a sport boat this weekend instead of taking your own boat. All of the boats, from the LA based overnight boats to the San Diego based 3/4-day boats are basically fishing the same area, so pick a boat near you and go fishing.

In other news, the yellowtail bite at the Channel Islands is still going strong and boats are getting good scores on quality yellows just about every trip. The Aloha Spirit and the Gentlemen out of Channel Island Sportfishing have been on the fish all week. With good weather forecast for the weekend this zone is probably going to get quite a bit of private boat fishing pressure, so you may want to hold off and sneak out on a weekday if you get the chance. 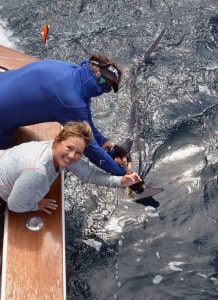 It’s also marlin tournament season in Southern California and I spent last week fishing the Stan Miller Yachts Invitational Tournament aboard the Good Karma. We managed to catch three striped marlin over a day of practice and two tournament days, but the volume of marlin around this year is way down from the almost wide open bites we experienced around the Channel Islands last year at this time. The good news is that we saw plenty of signs of yellowfin tuna as we drove all over the ocean, including fish off Santa Barbara Island. So if you’re feeling adventurous and live in LA or Orange County, why not skip the crowds and take a look around. All of the tuna we saw were associated with dolphin schools.