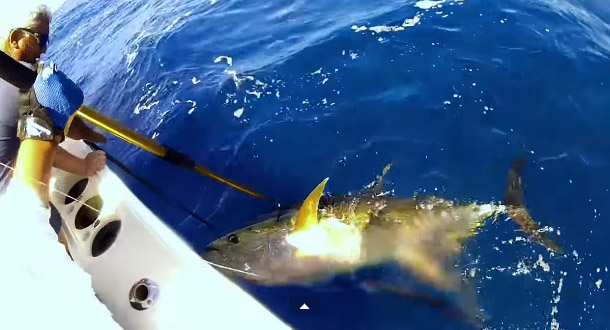 BD Outdoors has descended upon the Fred Hall Show in Long Beach, CA, and we’ll be publishing updates during the entire event.

As many of you probably know, angler Guy Yocom will become the official all-tackle world record holder for his 427-pound yellowfin tuna. Yocom will be honored at a special IGFA presentation at 2pm on Thursday.

Yocom caught the huge yellowfin using a Shimano Tiagra reel, and Shimano is taking part in the Fred Hall show to debut their new Stella SW. A short video of the epic catch is available below.

Attendants at the Fred Hall Show will get to hear Yocom and his boat captain, Greg DiStefano, tell their story. In the meantime, check out this amazing video of the record tuna being caught.