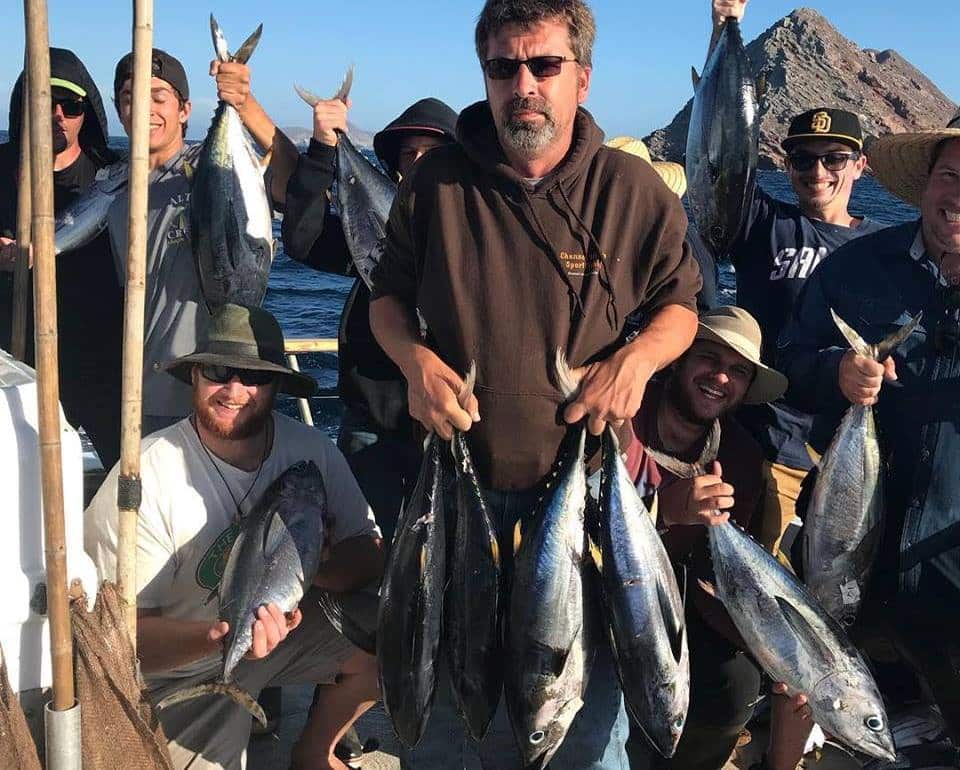 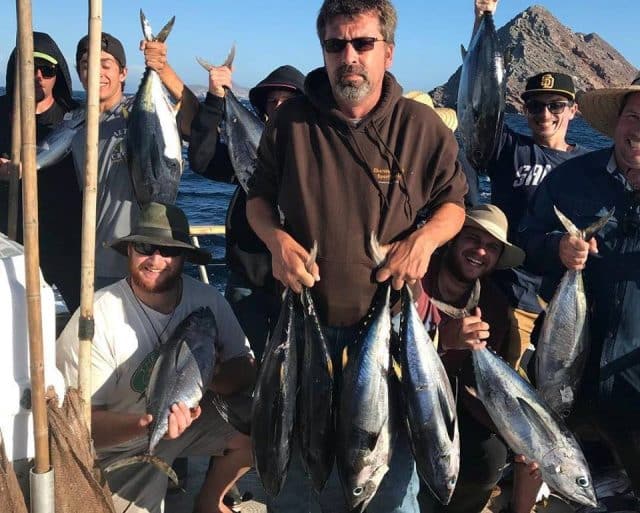 Well, this is the first time in a long time that I didn’t lead off my column with a bluefin tuna report. If you’ve been following the counts this week, strong winds outside San Clemente Island meant that bluefin scores have been low to non-existent. The forecast is for improved weather and the winds will likely have already come down by the time you read this, but we’re going to have to wait and see what effect all that wind had on conditions on the bluefin grounds. My guess is that they’ll probably still be around and biting since they seem pretty tolerant of cold and dirty water (as far as tuna go anyway). 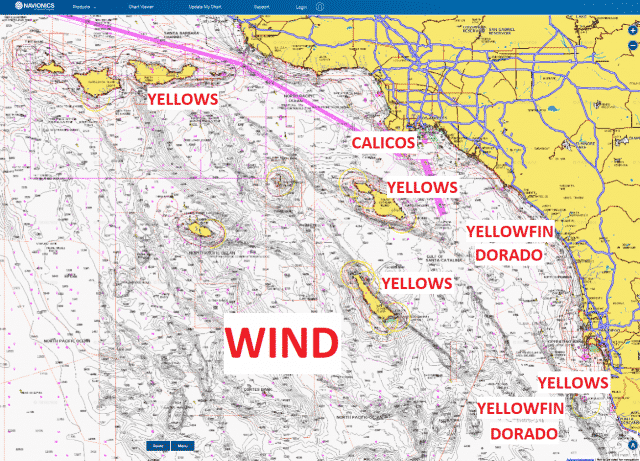 This week’s Navionics Chart tells the tale of what’s been happening.There are still some yellowtail biting along the backside of Santa Cruz Island and luckily the fish are mostly holding in the lee of the island so the wind hasn’t been all that big a factor. The calico bass bite along the coast in the Santa Monica Bay and along Palos Verdes was pretty good this week but the deeper water structure bass bite remains tough. The yellows that had been popping up occasionally at the Horseshoe Kelp did so a few times this week but the action has been very hit and miss. Your best shot at getting one is to fish the surface iron around spots of working terns.

The yellows are also biting at Catalina Island and I just ran into my old friend Larry Morris who told me he’d landed a 38-pound yellowtail while fishing Catalina Island aboard the Enterprise out of Pierpoint Landing earlier this week. While not all of the fish at the island are that big, the average grade has been good with lots of 20 plus pound fish being caught. There are also yellowtail biting on the frontside of San Clemente Island, which has been mostly blocked from the wind this week. Look for some better scores from the island once the weather straightens out a bit. 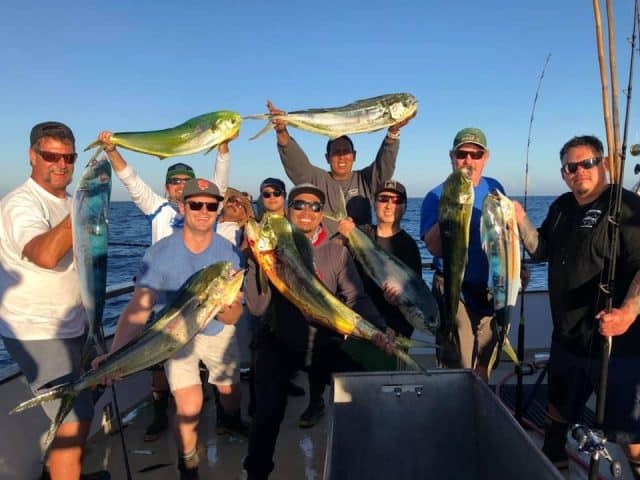 I fished the Master Angler Billfish Tournament over the weekend and covered a lot of the Orange County offshore banks in the process. We found marlin at the 14 Mile Bank, off the east end of Catalina and down along the ridge below the island and all the way to Dana Point. There were lots of reports of guys that were fishing the tournament seeing dorado on kelps and marking yellowfin under dolphin.

This morning I spoke with Captain Gerry Mahieu who reported limits of yellowfin on poppers for him and his son. The fish averaged 10 to 20-pounds and their big fish for the trip weighed in at 47-pounds after being gilled and gutted. I didn’t ask him exactly where he caught them but he did launch out of Long Beach and said he fished close to home. Since yellowfin like clean and warm water it shouldn’t be too hard to check the Ffishdope chart and figure out where they’re likely to be this weekend. 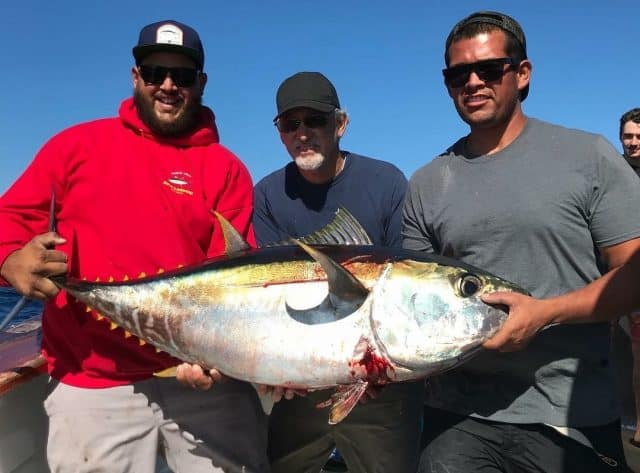 Finally, the yellowfin, dorado and skipjack, along with the occasional bigeye like this one, are biting for full day and overnight boats fishing out of San Diego. The overall grade of the yellowfin is still 10 to 15-pounds but there are more and more 20 plus pound fish being caught. Finally, the yellowtail are still biting at the Coronado Islands and the smaller bluefin are still in the mix. These fish have been at the islands long enough now that they are associating with spots so your best bet is to cruise around looking for spots with good conditions and bait as there will likely be biting yellows there too.

Get more from Erik Landesfeind on BD.