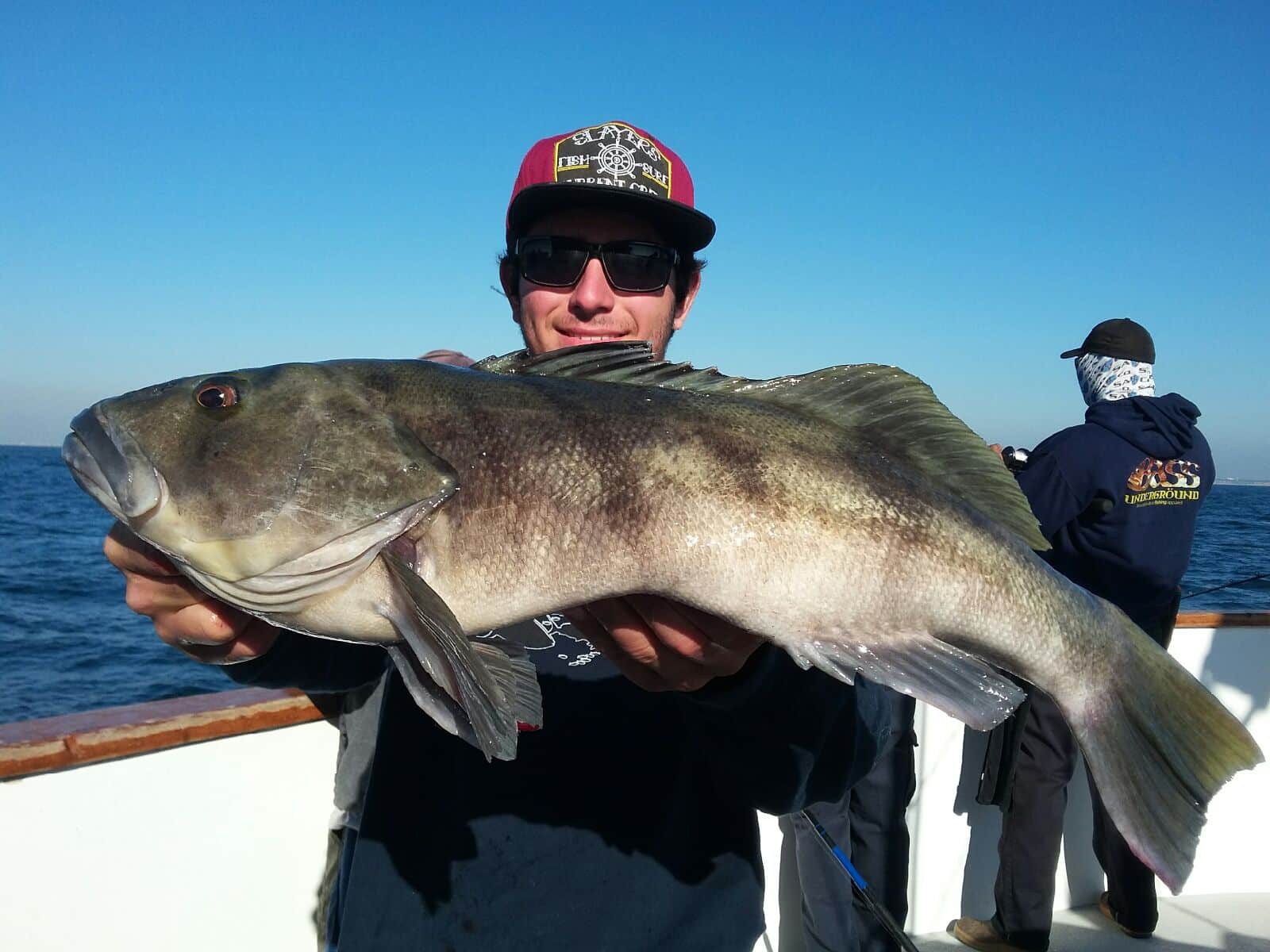 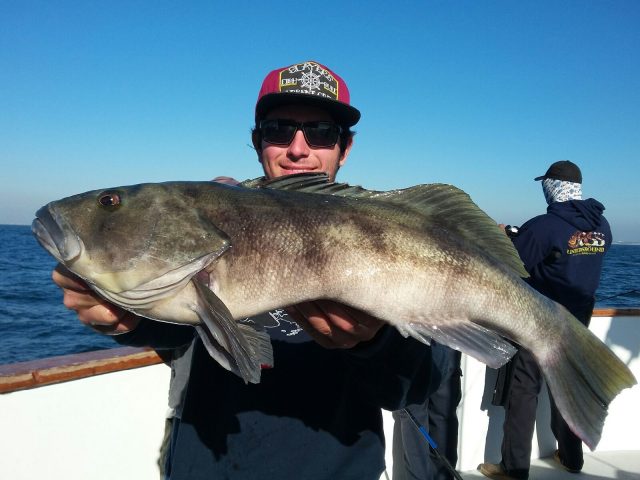 Back when catching bluefin tuna during the winter months wasn’t a thing, the staple of our fishing this time of year was centered around leadhead and squid bass fishing.

NO MYSTERY TO THE SETUP…LEADHEADS AND SQUID

A lot of my early fishing here in Southern California was in Santa Monica Bay aboard the New Del Mar on halfies and twilights fishing for bass.  There are a lot of artificial reefs in SMB that are a perfect habitat for sand bass.  Seemingly simple, I’d marvel at how some guys had a knack for it, while I struggled to find a biter.

Over time, I learned that this kind of fishing is strongly oriented to structure.  Find the rocks, find the fish.  I started to figure out that sometimes it made all the difference in the world how you got to the rock.  If one angle of approach didn’t work, try getting there from a different angle.

HITTING THE TOP OF THE ROCK AND DROPPING IN WAS OFTEN THE ONE THAT FINALLY SPARKED A BITE.

So far this year, most of the local fishing has been pretty mild.  There hasn’t even been much sculpin action.

For one all this rain hasn’t brought a lot fishable days.  When there has been a weather window though in this young year, I’ve been excited to see a return to action of this style of fishing.

One of the highlight boats doing it has been the Native Sun out of 22nd Street Landing in San Pedro.  “That boat’s at 22nd?”  Yes it’s been there a couple years now. 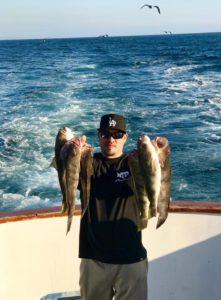 Capt. Aaron Graham is manning the wheel on the Native (and occasionally twilights on the Monte Carlo).  Aaron told me they’ve gotten out a whopping 6 times so far this year.  Disappointing, but when they’ve gotten off the dock they’ve done well.  My buddy, Capt. Gabe Ceballos who used to drive the boat when it was at Long Beach Sportfishing got onboard Monday and posted an easy limit (right).

I asked Aaron his thoughts on why they were doing well.  He told me one reason why is the squid they have was fresh dead that they caught themselves before all these storms started.

He also told me he’s targeting spots with a lot of fishy activity on them, but not necessarily bass fish marks on the up/down.  He thinks if you sit on these spots and give it some time getting the perch and other fish going, the bass eventually make their presence known.

The other thing he said is that the people on the boat who are having success are the ones who are properly prepared to fish this environment.

“Lots of people hear they’re biting 60 and show up with their bluefin outfit (mostly mono).  The guys that are getting bit and successfully pulling these fish out of the rocks are specifically geared for that environment — heavy braid (65 or 80), and longish…10-12 foot fluorocarbon leader (50, 60, some guys even going 100!).  The fish are sitting in these holes and are breaking off line on the rocks.  If the leader is too short, the braid is getting chafed” 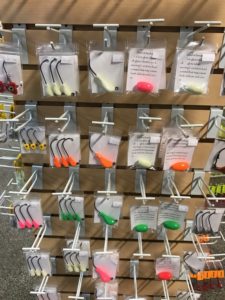 In this case, the fluoro isn’t so much to be invisible as it is needed for its abrasion resistant qualities.  For leadheads, Aaron recommends 2 oz. size and the banana style head helps with getting stuck less in the rocks and reefs below.

So there you have it.  Be patient.  Be properly geared.  And be ready to horse these grumpy bass out of their rocky homes.  Hopefully, we’ll catch some breaks in the weather and have some opportunities to get out soon on one of the Native’s 7am-5pm runs. 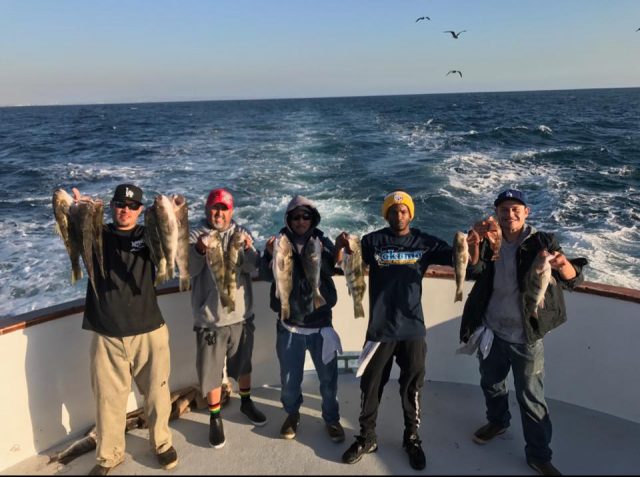