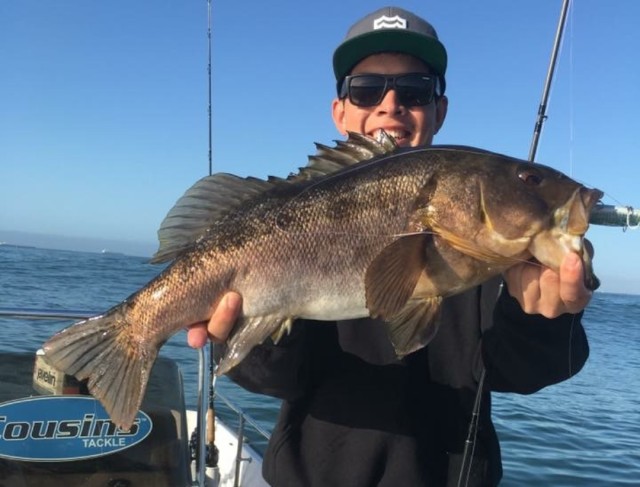 With the weather we’ve been experiencing the last couple months, I’m finally starting to understand the old saying about Eskimos having 100 words that describe snow. While I don’t have quite that many to describe wind, I am running out of different ways to describe another windy week in my column. So, for simplicity’s sake let me say this; it’s been another windy week, but the weather is supposed to be better this weekend. Will there be any fish to catch? Probably. 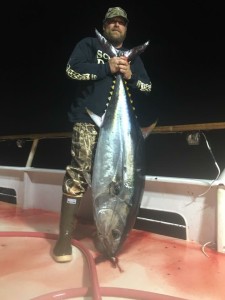 There’s not much to report on the offshore scene other than that the Aztec out of Seaforth Landing somehow managed to convince 16 passengers to go on an overnight trip despite the wind on Wednesday and they caught 1 yellowfin tuna and 1 yellowtail. This seems like a pretty good sign considering the weather was crap. Before the wind, the Shogun saw a lot of bluefin on their 1 1/2-day trip and landed a 115-pound fish which is the biggest fish of the young season.

There are lots of boats with offshore trips online for the weekend and early next week. With decent weather in the forecast and that much coverage we should get a pretty good idea of what’s out there to be caught. 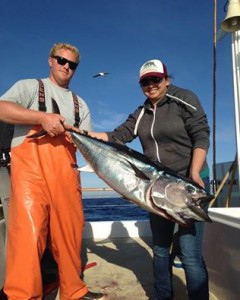 The San Diego out of Seaforth Landing had a shot of 3/4-day bluefin tuna last Thursday, but after blanking on Friday they went back to yellowtail fishing over the weekend. That boat and the other San Diego based 3/4-day boats will likely hit the islands in search of yellowtail over the weekend. If you’re planning on going on one of those trips, I’d recommend bringing at least one bluefin appropriate set up in case they stumble onto them again.

Everyone along the coast from San Diego to the Santa Monica Bay is basically fishing rockfish. While I’m sure that will continue through the weekend, there are some signs that the Spring fishing might be on the verge of springing. Captain Aaron Graham ran the Native Sun out of 22nd Street Landing on Wednesday and after limiting out on rockfish for his eight passengers, he went inside and had good calico bass fishing. He reported the bass were biting both swimbaits and surface iron. If we can get a week or two without that wind, it looks like the coast might come alive.

Private boaters fishing the coast around Long Beach have been having mixed bass fishing results. I fished Palos Verdes on Saturday morning and found zero conditions and zero fish. Later that day I saw a report by Sivory Castellanos, who was also fishing out of Long Beach that morning, and he roped the bass, including the monster at the top of this column. From everyone I’ve spoken with the last week or two it sounds like a case of find conditions, find biting fish. The SWBA will be having a bass tournament out of Long Beach on Saturday, so the coastal waters will probably be getting quite a bit of coverage. 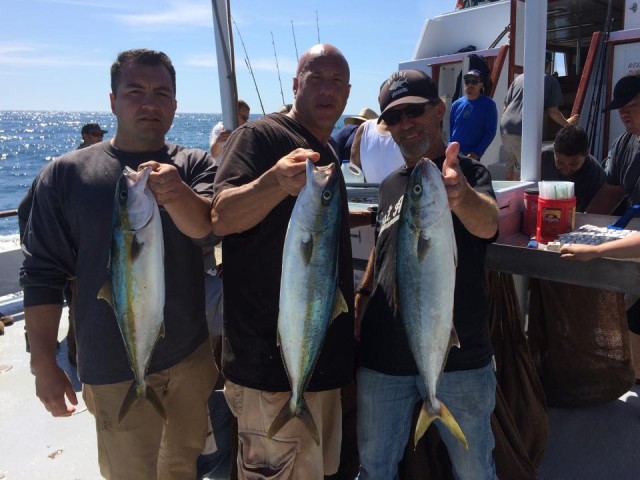 Catalina bounced back pretty easily from the wind we had earlier this week. The Pursuit out of 22nd Street Landing fished there on Wednesday and reported good fishing for rockfish and a handful of yellowtail and bass. Before the wind blew the Pacific Quest out of Pierpoint Landing made some squid and fished the island for a seabass and a few yellows. 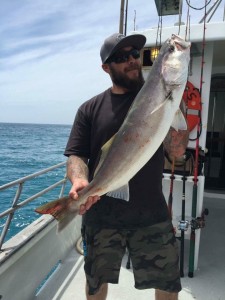 Hopefully that bite will develop once the weather straightens out for a few days.

The northern and outer islands were the heaviest hit by the wind this week and are still getting hit at the time of this writing. The wind is forecast to blow through the weekend, so I’d hold off on making any plans to fish San Clemente or the Channel Islands for a bit. As always, make sure and check the weather reports before you head out.