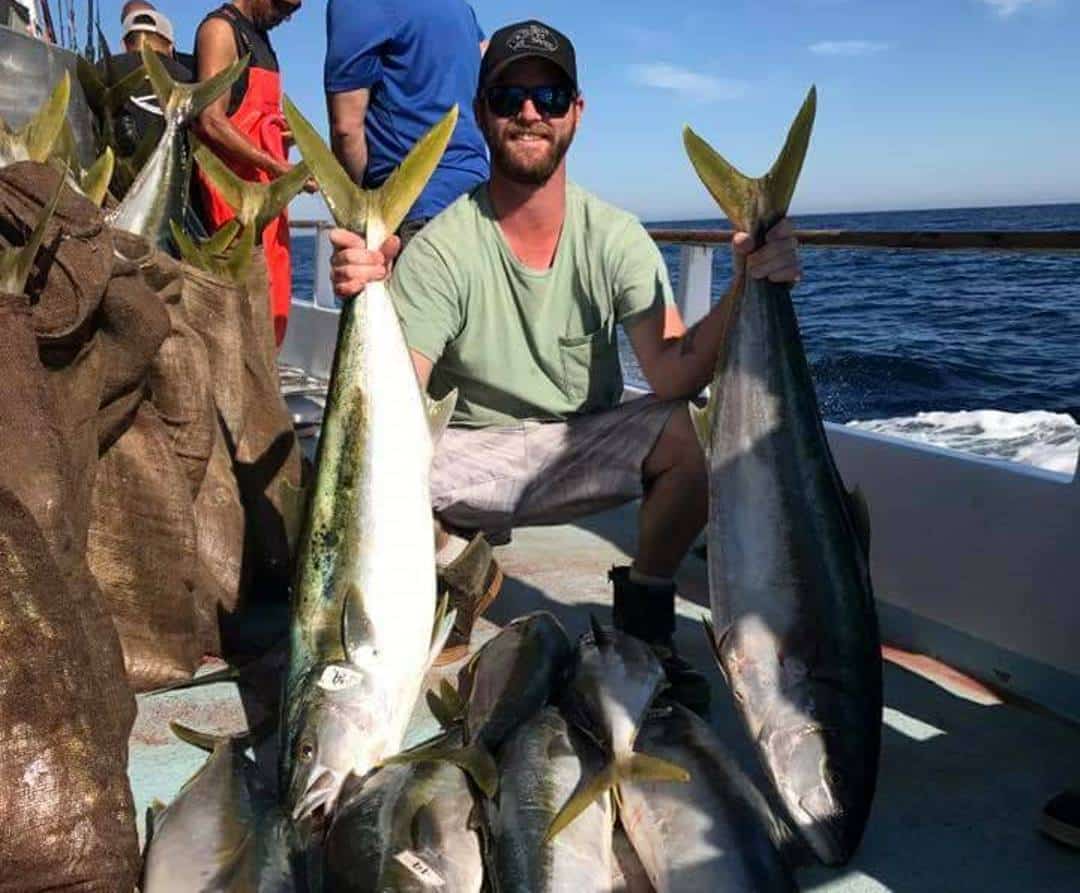 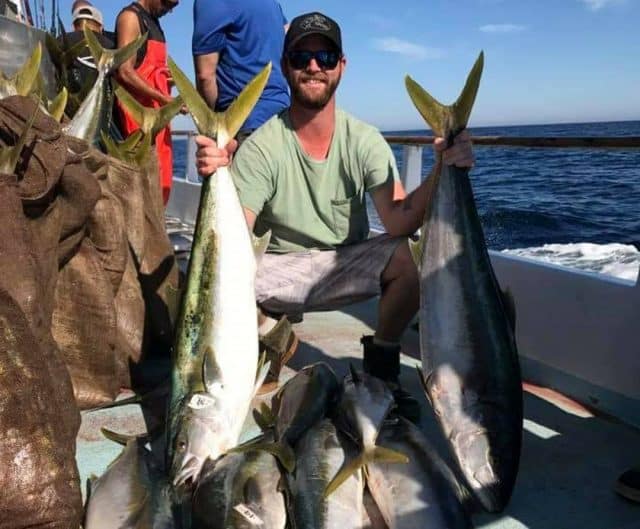 One of the problems with fall offshore fishing is that the wind can sometimes be an issue. That was certainly the case in the latter part of this week as the wind is blowing steadily across the San Clemente Island bluefin grounds and it’s strong enough to keep boats from reaching the yellowtail that have been biting at Tanner Bank. The good news is that the weather is forecast to come down over the next couple days and by Sunday boats should have an opportunity to get back on those big Tanner Bank yellows like the ones above that were caught on a 1 1/2-day trip aboard the Thunderbird out of Davey’s Locker last week.

Regarding wind, this is what the Navionics app has forecast for the next three days.

If you’re unfamiliar with reading wind arrows, each long barb that comes off represents 10 knots of wind and the short barbs represent 5 knots. As you can see, we are looking at 20 to 25 knots of wind from Friday morning through Saturday morning but by Sunday morning it’s going to be 10 knots or less across the Southern California Bight. This should make for plenty fishable weather on the sport boats but private boaters should use caution because it will likely still be rough well after the wind stops blowing on Sunday. 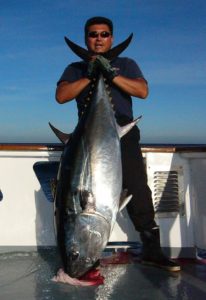 A few boats were able to get out this week before the wind started blowing and they found cooperative bluefin tuna. The Aztec out of Seaforth Landing fished on Tuesday and landed 13 fish for the nine anglers aboard. The fish ranged from 60-pounds to 195 and the five largest were all over 150-pounds. If you want to get in on this big bluefin bite, I highly recommend booking a spot on an ultra limited load trip, like the Aztec offers, or chartering a 4 pack or 6 pack boat yourself. These big bluefin tuna won’t give you many opportunities on any given day so you’re going to need to stack the odds in your favor as much as possible and one of the best ways of doing it is by limiting the amount of anglers you’re competing with for bites. We’ve got a new moon tonight (Thursday) so I’m keeping my fingers crossed that the fish will still be around and biting on Sunday. 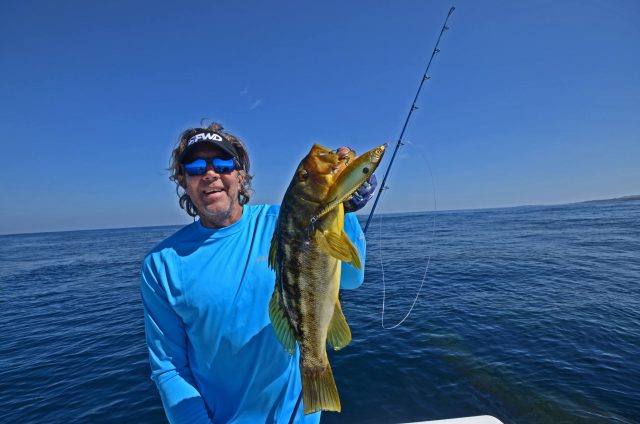 In non-tuna related news, I fished San Clemente Island over the weekend and had good bass fishing, we also saw some yellowtail that wouldn’t bite on the west end backside of the island and baited a swordfish on the front side. I fished marlin off the west end of Catalina on the following day and struck out but did see some schools of 50 to 80-pound yellowfin feeding on anchovies. You can read my full report here. 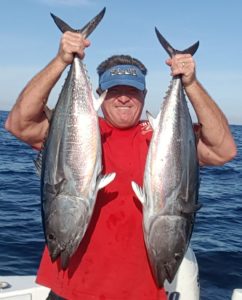 Sportboats fishing San Clemente Island and Santa Barbara Island were catching quality yellows earlier this week, but the action slowed down when the wind started blowing. The areas that haven’t been affected by the wind are the offshore and island bites out of San Diego. The 3/4-day and overnight boats have mostly been targeting yellowfin tuna and that bite remains hit or miss. Over the last few days, several of the 3/4-day boats have started fishing the Coronado Islands and the Rockpile and have had success on both yellowtail and bluefin tuna. The tuna, which are averaging 10 to 30-pounds have been mixed in with the yellowtail and are being caught on sardines fished on a light fluorocarbon leader. From what I’ve heard, there are fish scattered from the islands all the way to the Rockpile so private boaters should try and avoid the sport boats and their associated gang bang and sea lion problems. Both yellows and bluefin can be located by slow trolling sardines, so leave the fleet behind and go find some good looking water to work.