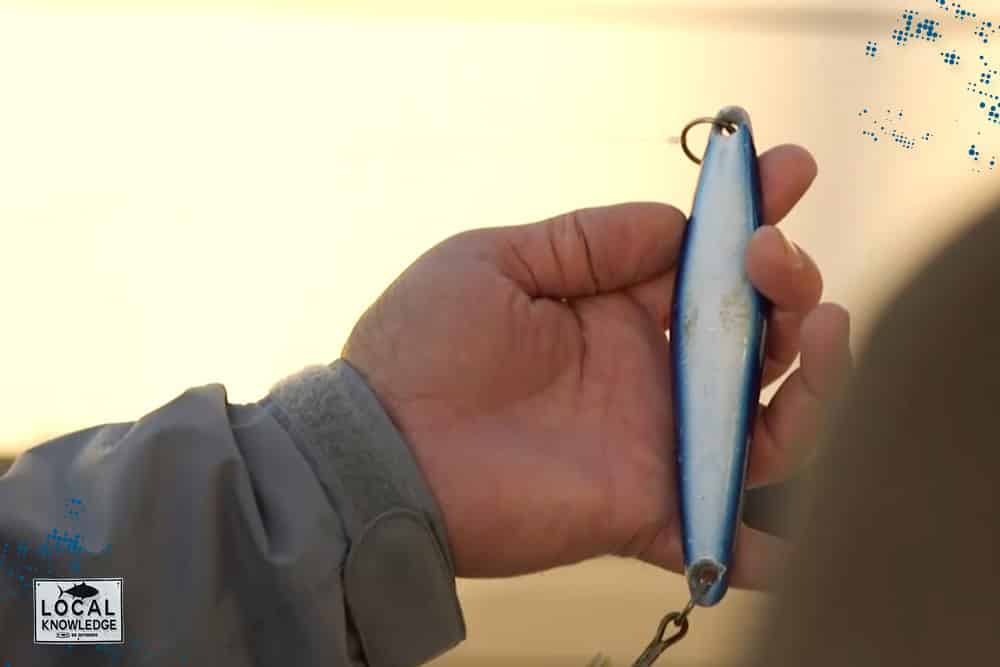 In Southern California or SoCal as it is often referred to, the very active fishing community has developed a unique style of fishing for a wide variety of gamefish like yellowtail, tuna, calico bass and more.

Many lures and techniques come and go with the passage of time, but there are some that consistently produce results and as a result become a standard practice for a regional fishery.

For SoCal fishing, no other lure could ever replace the “iron”, a metal lure made of various lightweight alloys.

An iron is a simple lure that wobbles upon its retrieval and mimics a baitfish and creates the strike-triggering emotion in a predatory fish. While there have been many versions of the iron, many have remained unchanged and still catch fish to this day. Many have their own cult-like following while other anglers want one of each. Not all irons are exactly the same and Ali explained why, “ Many irons are still hand-made so there are slight imperfections with the drilling of the hole or the shape of the lure’s end. This is actually what you want to find when you are sorting through the rack of lures. I want the iron with the hole just off center, or the imperfect shaping of the head of the lure. This gives the lure a wobble, wobble, kick! It is the imperfect “kick” that often triggers a bite that the perfectly shaped lure may not.” The iron is traditionally cast with a long rod in the 8-foot range and a conventional reel. Casting the iron with this setup is an art in itself and takes some practice, but once mastered, it is the tried and true, signature method for most SoCal anglers.