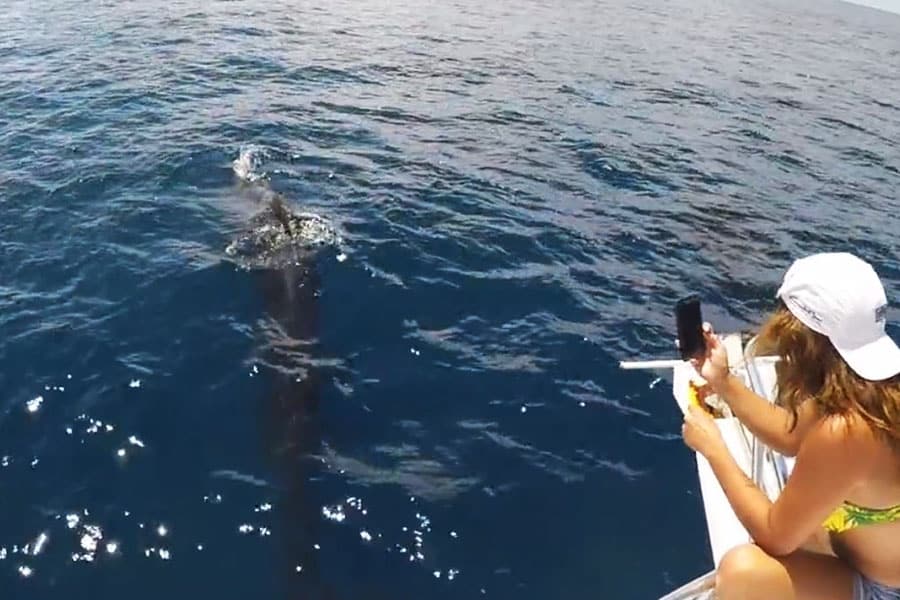 On the Pacific Coast of Costa Rica, we have two distinct whale migrations: the Southern Antarctic humpback whale (July to November) and the California humpback whale (December to April). Our tropical fiord, the Golfo Dulce, plays a primary role in attracting these giants of the sea, as the warm and clean waters of this gulf make it ideal for raising and nursing the whale calves. When the calf is born, it needs warm waters to accumulate energy as it begins to discover the world around it. 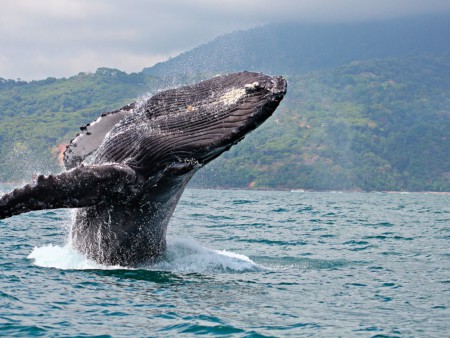 Here at Crocodile Bay Resort, we are fortunate to be situated on the Gulfo Dulce, and therefore we are very close to these gentle creatures. Often they pass by our pier on the way to the shelter of the gulf’s interior. You may watch our whales by boat on one of our whale tours, or head out to the nearby beaches and watch whales breaching right from shore.

From Allan our Fishing Director….

“Yesterday I had the day off, and I ventured with my family out to the Playa Preciosa or “precious beach” as it translates into English. Playa Preciosa is just around the corner from Crocodile Bay Resort and is a short ten-minute drive from town. It is one of my favorite places on the Osa.

When we go to the beach, we like to make an afternoon of it and bring beach chairs and a picnic lunch. Playa Preciosa is a great beach for swimming, but the spectacular view of the gulf is what really makes it special. As I was settling into my beach chair and was about to take a bite of a sandwich, something caught my eye a short distance from the shore. I could see the black and white fin of a humpback whale slapping the water about a quarter of a mile from the beach. After about ten slaps, a baby humpback came completely out of the water next to the bigger whale.

The young humpback breached about three more times as its mother continued slapping the water, encouraging him. Then suddenly, as if to show their support, three more adult whales began breaching further out in the bay. They were a couple of miles away, but their big black bodies were easy to see, and the giant splash of water they created was unmistakable. This went on for about ten minutes as we sat there eating our sandwiches watching the thirty-plus-ton animals coming out of the water as the baby humpback continued to practice its jumps. 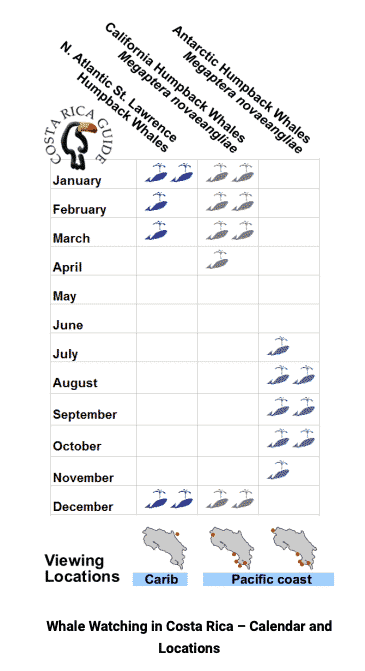 It is experiences like this that make Crocodile Bay Resort, the Golfo Dulce and the Osa Peninsula such a great place to visit and even though I am a diehard fisherman, sometimes it is not always what is at the end of your line that makes the day special.”

The Golfo Dulce is one of the most pristine tropical gulfs in the world, and it is surrounded by lush mountainous rainforest and mangrove wetlands. The gulf is around 30 miles long and nearly half an hour by boat to the far shore, which is an ideal leisurely ride for those who want to enjoy the wind in their face while viewing the sights and wildlife of the shoreline, including pelicans, turtles, and dolphins.

Even though the whales along the Pacific Coast represent only a small percentage of the world population, they’re relatively easy to spot because they congregate close to shore. Pacific humpbacks swim in pods of about a dozen in the calving areas in the protected waters off the coast of the Osa Peninsula. 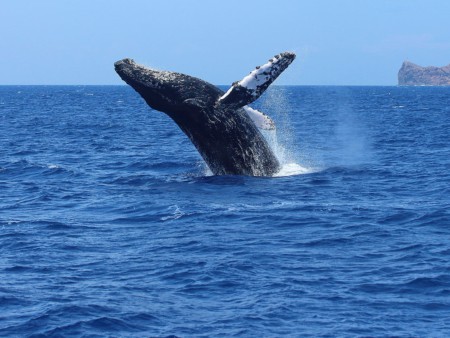 This is just the beginning of the magic of the Osa Peninsula, “the most biologically intense place on Earth”. And along with our nearly 30 eco-tours, your desire becomes our goal, to not only show you the natural world but to educate you on its value to our planet. In fact, there are 500,000 different species of wildlife, right here on the peninsula, and that translates to around 2.5% of the world’s biodiversity.

Crocodile Bay Resort, so much to discover!