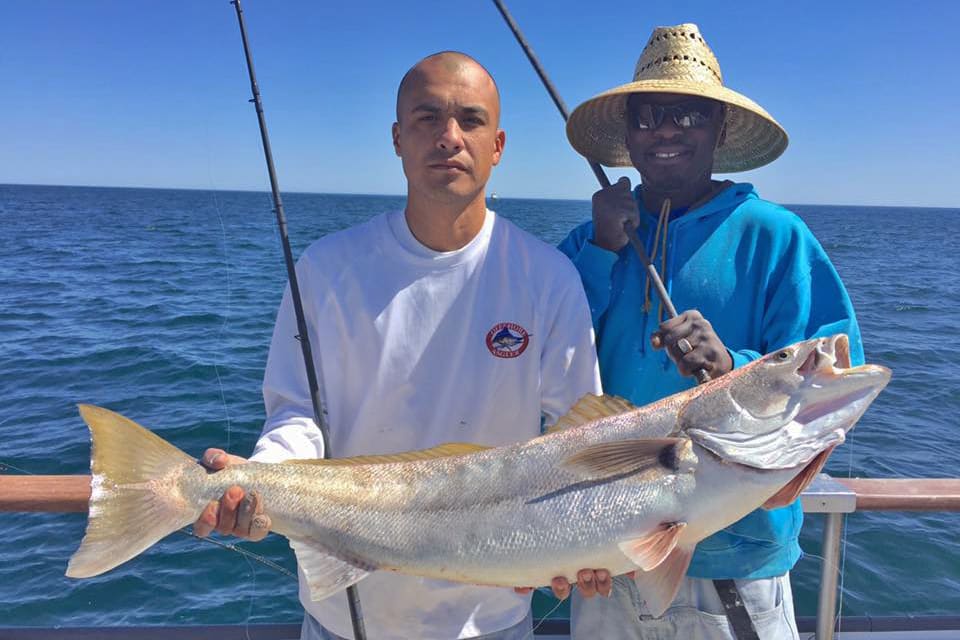 Last week we were very excited about the prospect of big bluefin tuna close to home. Seaforth’s half-day boat, the New Seaforth, and the ¾-day boat, the San Diego, both hit on bluefin tuna early last week. The excitement from earlier in the week was blown away as strong winds ended up canceling a bunch of trips later in the week. After the wind had mostly passed, it seems like a lot of boats and anglers focused on going to Day At The Docks in San Diego instead of going fishing.

For the few boats that went out to try and find those elusive bluefin, it was a bit of a good news/bad news scenario. The good news is that these fish are still around. The bad news, at least for the brave few that went out, was that they were more show than go. Such is bluefin fishing. 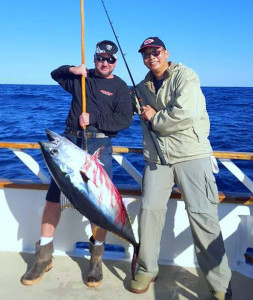 Eclipse Sportfishing was one of the boats that went out. They left on a 1.5-day trip on Friday night and went out to the 60 Mile Bank looking. They didn’t find them there. Capt. Mark Gillette theorized that the wind may have pushed the fish off the shallow spot into deeper water. Not happy to wait things out and hope the fish would find them, Mark went looking around. He found some spots of nicer grade fish, but they were “more show than go” unfortunately. Two anglers found success though with a couple of nicer grade (60-ish) fish.

I’m guessing that the hot weather and calm seas will produce for the midweek trips, but then we’re looking at another round of weather to end the week.

There were some bright spots though around the Bight.

The San Diego returned to their regular stomping grounds in and around the Coronado Islands. 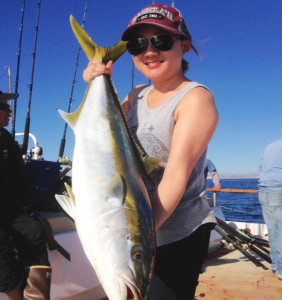 I’m told the water immediately around the islands is still pretty green and dirty. The fish there are mostly rat sized. The San Diego had to go further down the line to find better fish and fishing conditions, but scored 54 yellowtail and 35 barracuda for 40 anglers on Sunday. The yellows were a nice 15-25-pound grade of fish.

I’m also encouraged to see the cuda in the count. It’s a good sign and still relatively early to see it. If the cuda are around, so are the yellows, and they will bite more aggressively with the introduction of competition for food in the ecosystem. 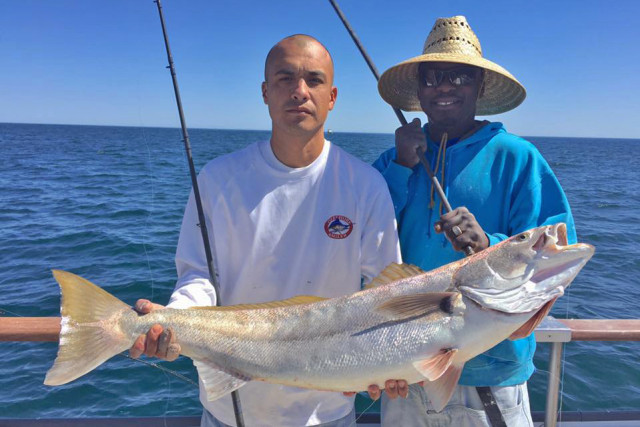 Rolling up into the 805, I was very excited to see Aloha Spirit Sportfishing score 3 white seabass on Saturday. When I rode with Capt. Shawn Steward a few weeks ago, I asked him his thoughts about wsb during El Nino. Shawn wasn’t optimistic about this year’s prospects. It’s not that the fish aren’t around. It’s just that it’s hard to target them without a squid spawn. My thoughts on catching one this year have been to just try and go on as many day trips up there as possible and hope I get lucky. I’m headed up this weekend, so maybe it will be my turn.

There are definitely opportunities around, it’s just going to take hard work, some cooperation from Mother Nature and a little luck. Good luck if you get out there.