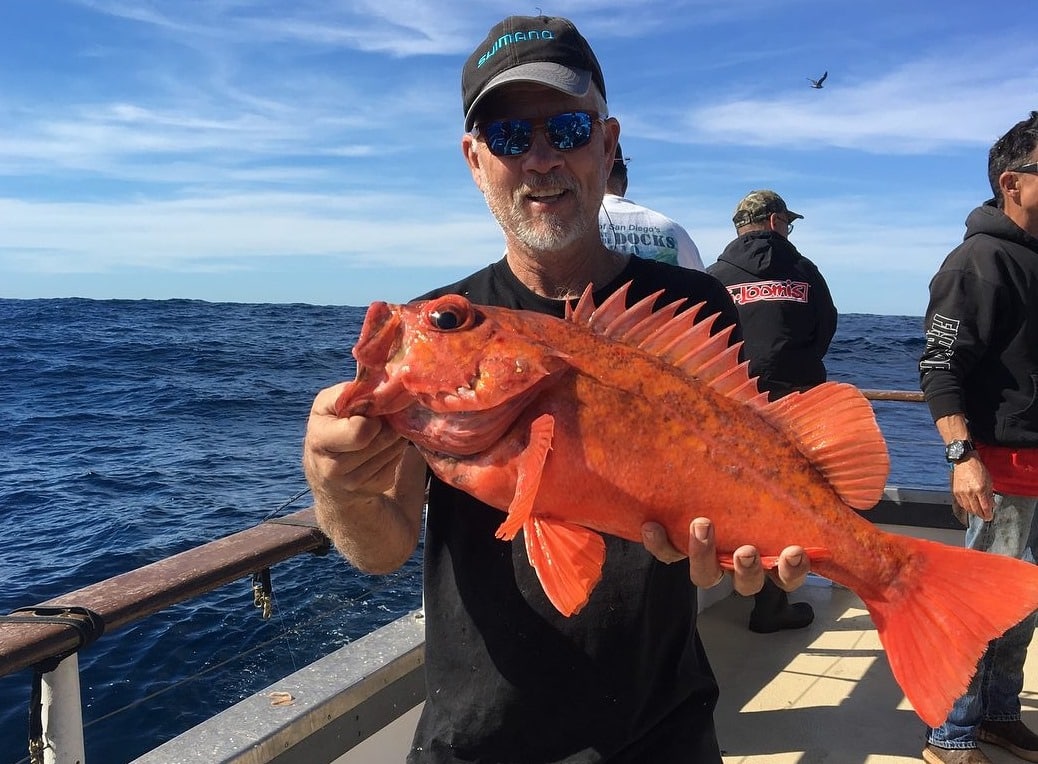 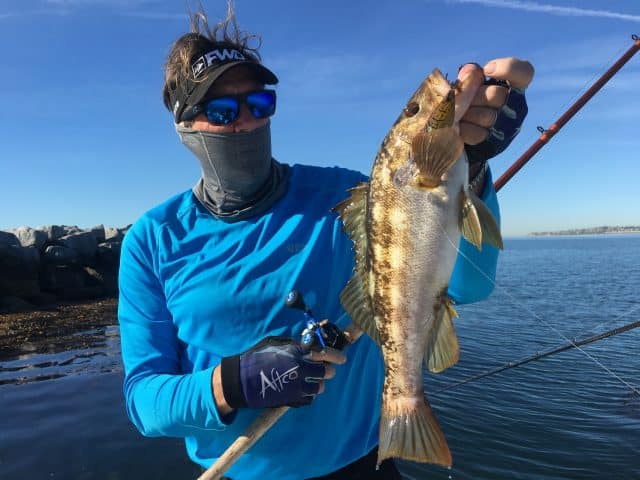 Last week’s lack of fishing coverage required me to make a few guesses as to what SoCal anglers might find over the weekend and for the first time in a long time, all of my guesses were right. The bluefin weren’t gone, there was just a lack of boat coverage in the area. With enough boats to cover water, it didn’t take long to find them again and they were still biting. The Channel Islands yellows were also still around and the island bass trip did catch them. Finally, I ran into Captain Vaugn Podmore at the dock on Sunday and he confirmed that there were yellows on the frontside of Catalina and that he’d been hooking them on red crab flies. 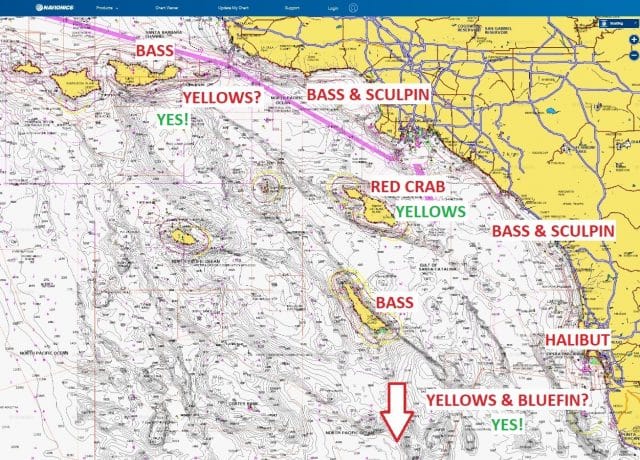 Rather than make a new map for this week, I just pulled up last week’s and made changes in green because everything still holds true. Starting up north, the bass and yellows are still biting at Santa Cruz Island. Saturday’s trip aboard the Aloha Spirit only landed three yellows but the captain found a large volume of fish that wouldn’t bite. CISCO’s has trips online Saturday and Sunday. If you’re headed up I’d expect bass while hoping for yellowtail and pack your gear accordingly. The bass are also biting along the coast. Captains Nick Tharp and Larry Heron fished aboard Scott Summersgill‘s boat on Saturday out of Santa Barbara and reported good bass fishing and the trio accounted for 45 bass. 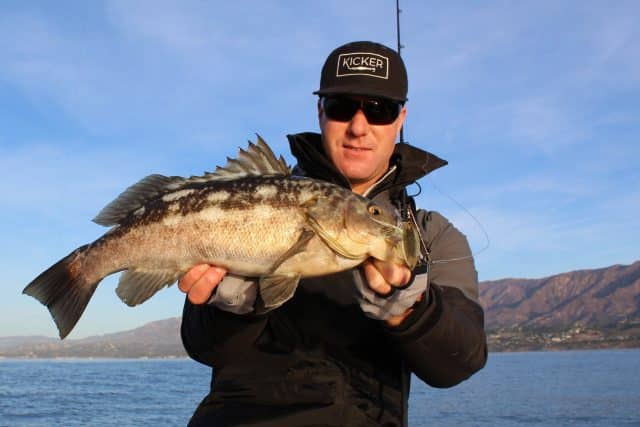 The 1/2-day fleet from Santa Monica to San Diego is mostly catching bass and sculpin. Live squid continues to be the hot ticket but the fish will bite fine on quality fresh frozen. Private boaters don’t need bait to catch bass along the beach now (or ever) and several friends of mine reported good fishing on calicos and sand bass over the weekend. I fished Long Beach harbor on Sunday because I was leery of running to far offshore with Santa Ana winds in the forecast. The decision ended up working great because the bass were biting and we caught close to 50 fish before the wind blew. By 10:30 the wind went from nothing to 20 knots plus out of the east, which would have made for an ugly ride in at best if we’d have run to an island.

Something to keep in the back of your mind next time there are Santa Ana winds in the forecast. 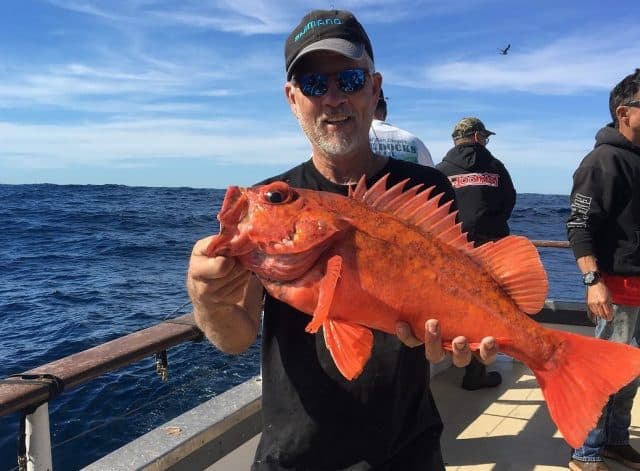 The 1 1/2-day trips fishing out of San Diego this week had a couple of options. The first being heading out to the bluefin grounds and the second hugging the coast to fish yellows and rockfish. Both areas produced this week. The Mustang out of H&M Landing caught limits of bluefin over the weekend and also found them on Wednesday, but only landed two to go along with limits of yellowtail. The bluefin fishing is somewhat hit or miss right now, but I’m not complaining as it is the middle of winter after all. The boats that fished the coast caught plenty of yellowtail and quality rockfish. We’ve got great weather forecast all weekend so I suggest to SoCal anglers to jump on a trip and try for some February bluefin!