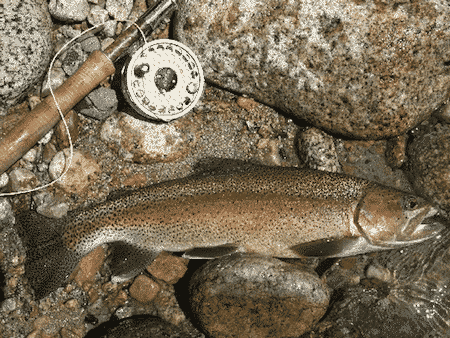 Washington state hatchery workers are temporarily evacuating millions of juvenile coho salmon, steelhead and rainbow trout from the Naselle Hatchery, so they can repair a ruptured pipe at the fish-rearing facility in Pacific County.

Ron Warren, regional fish manager for the Washington Department of Fish and Wildlife (WDFW), said hatchery workers reported a serious water leak October 2 that could cause further damage to the 38-year-old facility.

“Hatchery workers found water rising up through the gravel and running down the driveway like a small creek,” Warren said. “Unfortunately, we can’t fix the pipe without shutting off the water to the entire facility, and we can’t do that without moving the fish.”

Since Wednesday (October 5), tanker trucks have been transferring all 1.4 million juvenile coho, 50,000 steelhead smolts and 20,000 rainbow trout to WDFW’s Nemah Hatchery, 20 miles to the north. All of those fish are scheduled for release next spring. “With any luck, we’ll be able to fix the pipe and return the fish to the Naselle facility in a few days,” Warren said. “We know how much those fish mean to fisheries in this area.”

While the young fish are being moved, approximately one million eggs taken from returning chinook salmon will remain at the Naselle Hatchery during the pipe repairs.

“The eggs are too fragile to move right now,” Warren said. “We’re installing a temporary water system for them until the repairs are finished.”

“The situation at the Naselle Hatchery is a classic example of deferred maintenance,” Bartlett said. “Our state’s hatchery system generates more than $70 million in economic activity every year just from salmon and steelhead production. But without adequate funding for maintenance, we’ll put our fisheries and the benefits they provide for our state at risk.”