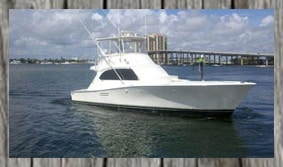 Country music artist Craig Morgan will be chasing wahoo later this month with other competitors at the Wahoo Smackdown II hosted by the legendary Bimini Big Game Club and Resort.

Morgan will be filming a segment for his award winning TV Show, “Craig Morgan: All Access Outdoors” during the February 21-23 tournament aboard Miss Kathleen, captained by Chase Camacho, rated one of the top sport fishing charters in the Caribbean.

“This is huge news for our resort and for the island of Bimini,” said Michael Weber, general manger for the 51-room Bimini Big Game Club Resort & Marina. “This tournament is going to be special with Playboy’s Miss February hosting, a Hemingway fishing and now Craig Morgan taping a segment for his outdoor show.” 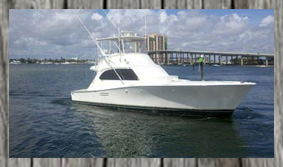 The Hemingway referenced above is none other than John Hemingway, grandson of the late novelist Ernest Hemingway, who was also an avid offshore fisherman and spent a substantial amount of time in Bimini.

One of country music’s best-loved artists, Craig Morgan has made a name for himself with massive radio airplay of his signature hits: “Bonfire”, “Almost Home”, “Redneck Yacht Club”, “That’s What I Love About Sunday”, “International Harvester” and “This Ole Boy”, the title track to his new album on Black River Entertainment. Morgan received one of country music’s highest honors when he was inducted as a member of the Grand Ole Opry in 2008.

An avid sportsman, Morgan, in addition to his own TV show, also hosted “Field & Stream’s Total Outdoorsman Challenge” on the Outdoor Channel.

For information regarding the next Wahoo tournament and to register online, visit the club’s website or call (800) 867-4764.