I’d really like to write about something other than yellowtail and bluefin tuna fishing, but there’s really not much else to talk about. I guess that’s a good problem to have in the middle of February. So, let’s take a look at what’s biting this week.

The Santa Ana winds blew most of the week and that made for some hit and miss fishing. The good news is that the misses were due to the fact that it was too rough to fish and the hits came whenever the wind let up. That means the wind didn’t have a lasting negative effect on the fishing. 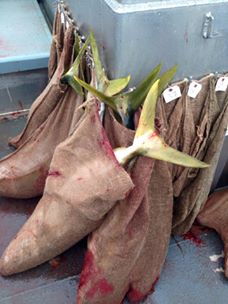 The yellowtail bite at Colonett was probably the most effected by the wind as boats were unable to make the run there earlier this week.

But with improved weather forecast for the weekend, you can expect some good reports.

Before the wind, the yellows were biting full speed on the yo-yo iron with the larger jigs like a Tady 4/0 or Salas 6X heavy producing the best results. There should be multiple boats online for the weekend, so I’d check with one of the San Diego landings to see which 1 ½-day trips have spots available. 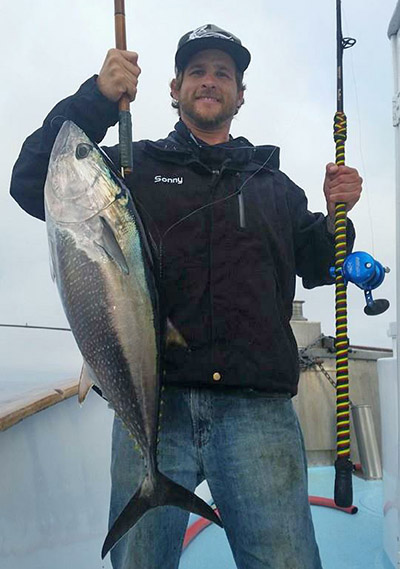 Also in the 1 ½-day range, the bluefin tuna at the Cortes Bank went back on the bite after the wind. The Thunderbird out of Davey’s Locker had 25 bluefin and 13 yellowtail on their last trip. The Aztec out of Seaforth Landing had a better shot at the tuna on Wednesday’s trip and ended up with 81 bluefin to 25-pounds. Despite the good fishing, these fish remain line shy so make sure to bring some 20-pound fluorocarbon leader and small hooks if you’re heading out.

Closer to home, the Malihini out of H&M Landing fished the Coronado Islands on their ¾-day trip on Wednesday and managed 27 yellowtail to go along with some rockfish. I’d keep an eye on the Coronados this week as they may turn on around the new moon on Wednesday. Even if the fishing doesn’t improve it’s an option to get away from the crowds on the coast. 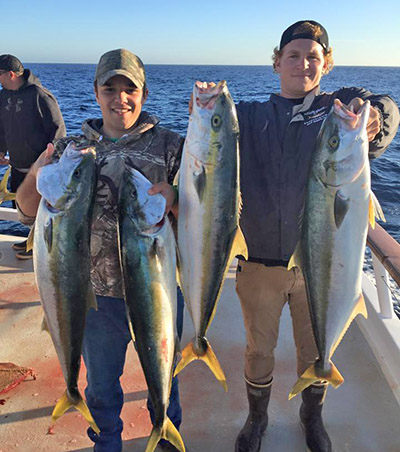 Speaking of crowds, the deep-water yellowtail bite off San Diego has been getting a lot of attention. The only sport boat that’s really been fishing it is the half day boat New Seaforth out of Seaforth Landing. Their best score was 94 big yellows on an afternoon trip earlier this week but they’ve been getting fish daily. This boat has been super crowded, so if you’re planning a trip, bring elbow pads and a good attitude. 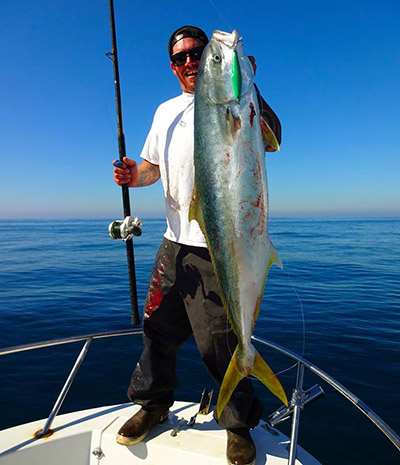 Private boaters have been scoring fish from this area all the way up to Dana Point. Captain Duane Mellor of Seasons Sportfishing has been fishing almost every day and has been scoring whenever he does. His suggestion is to get away from the crowds and find your own fish. If you’d like to learn how to do that, you can book a trip on his boat to catch fish while learning the ropes from a pro. 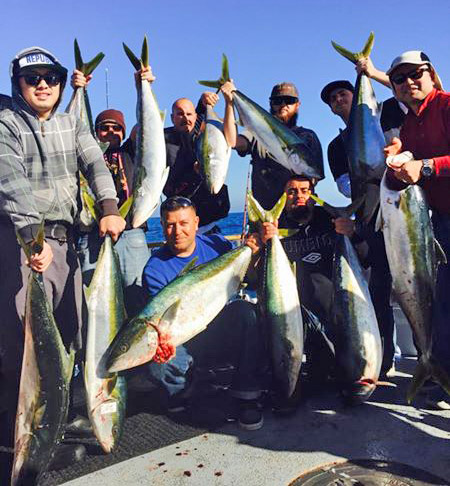 Box Canyon continues to produce fish for the sport boats out of Dana Point and the Sum Fun had 39 fish on Wednesday’s trip. The problem is that the zone remains crowded with private boats and the seals have been a big problem lately. Like I’ve been saying for weeks, private boaters would do well to avoid this area.

There are still lots and lots of yellowtail off Long Beach, but they haven’t been getting much pressure due to the wind blowing all week. If I were heading out this weekend, that’s the zone that I’d be checking. Just look for birds and meter marks while avoiding other boats and you’ve got a pretty good chance at catching a fish. 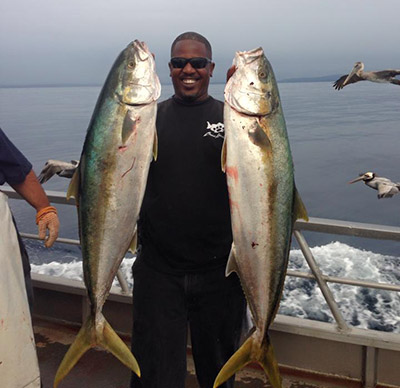 The Santa Monica Bay has started kicking out a few yellows for the 1/2-day boat New Del Mar out of Marina Del Rey. Captain Danny Ericson was hot over the weekend with 52 fish on Saturday and another 46 on Sunday. The counts have dropped down to just a couple fish by midweek, but that could rebound as we come into the new moon. These are all big fish and they’re biting the yo-yo in deep water, so bring the heavy gear and big jigs