Salazar will take on the roll of director of fleet operations. Salazar has more than 15 years experience in the charter-boat business, 10 of those years fishing the billfish-rich waters of Guatemala. Salazar owned and operated the Yellowfin, a 38-foot Topaz, one of Fins ‘n Feathers top game boats. Salazar later moved to the Man O War, a 38-foot Norseman and is presently the owner of the Spindrift, 38-foot Stolper and Bird’s Nest, a 58-foot Viking.

Salazar comes from a family of fishermen and got his first professional captains job at a very young age. His outstanding seamanship, knowledge of the area and passion for billfishing make him a top choice for both novice and experienced anglers alike. Salazar has fished throughout the world as both angler and captain and won numerous billfish tournaments. 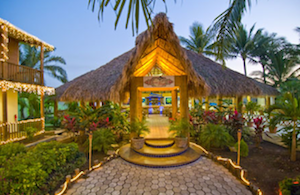 “I’m looking forward to seeing many old clients and friends and making plenty of new ones this season,” Salazar said.

Juan Cruz Anon will take on the role of executive chef and director of hospitality at the Casa Vieja Lodge. Juan earned the prestigious “Le Grand Diplome de Cuisine e Pattiesserie” from Le Cordon Bleu in Paris and has been the executive chef for fine restaurants, cruise ships and resorts worldwide for more than 19 years. Anon was recently the executive chef and owner of The French Press, an award-winning restaurant in Vail, Colorado.

Anon is also an avid sportsman and hunter who’s travelled extensively throughout the globe in search of big game. He worked closely with the top fly-fishing clubs in Colorado, helping them develop their travel programs. Anon is also fluent in English, Spanish, French, Italian and Portuguese — so international clients will have no problem communicating onboard the lodge’s game boats or back at the hotel.

“I’m proud to be partnering with Dave and Juan this upcoming season,” said lodge owner Jim Turner. “No other sportfishing lodge in the world has this type of billfishing and hospitality experience.”

Casa Vieja Lodge is one of the world’s premier sportfishing lodges. Casa Vieja’s Sportfishing Fleet has earned recognition as the world’s top tagging and releasing game boats year after year. Its modern bilingual sportfishing fleet has also been a pioneer in introducing the most anglers to fly-fishing for billfish in the world. For more information, visit www.casaviejalodge.com.