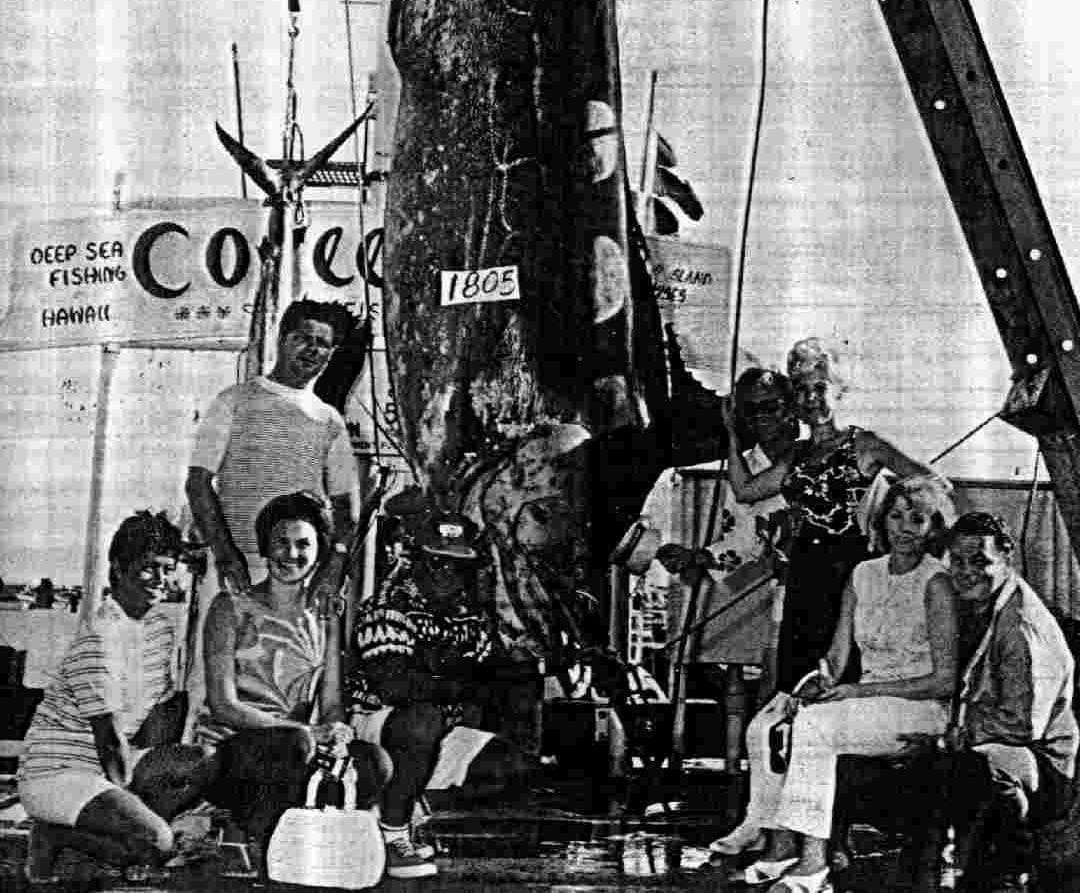 A lively conversation was recently held on social media where we asked everyone around the world to count up the grander marlin (marlin 1,000 pounds plus) caught from their fishing location. We wanted to see, statistically, where the best place to catch granders – in the world – is.

Utilizing the Hawaii Fishing News Grander list, we counted up about 144 from Hawaii.

With that in mind, the following may be inexact, but it will give you a pretty dang good idea where the grander marlin come from in Hawaii:

The best “Big Fish” months appear to be: July with 21 Granders, June and March each have 20. May has 14, August 13 and April 12 and September 10. The winter months of October through February average less than 5, but for some reason January posts 9, which offsets the lowest months of November and December, with 3 each – more or less.

A $75,000.00 bounty was placed on Choy’s Monster and whoever catches a marlin larger than 1,805 pounds can walk away with the purse. Jungle Rules do apply, in deference to the favorite way of fishing by Oahu folks – however – the rod and reel must have been IGFA tackle specs. This “bounty” was open only to teams entered in the Kewalo Big Fish Chase. Howard Hughes and Ward Village  also guaranteed a $10,000.00 purse to be split among the largest marlin, ahi, mahi and ono – on top of the purse generated from the $500.00 per team entry fee.

Rules for the Bounty and the tournament can be found at:

During the on line discussion, folks from all over the world chimed in, but in the end, it was apparent that Hawaii is still the Blue Marlin Grander Capital of the World. Honorable mention went to the relatively “new” fisheries of Madeira, Cape Verde and the Canary Islands. Mauritius was noted as holding the potential to give Hawaii a run for its money, if only it had a large fleet of boats. They estimated forty granders weighed there with the largest at 1,430 pounds. Very respectful!

An interesting tidbit from the on line conversation was that known “hot spots” to catch large number of blue marlin such as St. Thomas, Panama and Costa Rica had very few granders to speak of. That doesn’t discount the great fishing that the offer, with Costa Rica FAD fishing reporting sometimes 20+ blue marlin a day – from one boat! 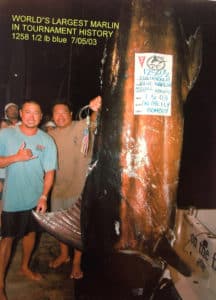 Capt. Bomboy Llanes caught a 1,258.4-pound blue marlin back in 2003 at the Firecracker Open tournament, and it was long thought to be the largest marlin ever caught in a tournament. However, Capt. Tim Dean chimed in from Australia and reminded us that he weighed a 1, 278-pound black marlin at the Lizard Island Black Marlin Classic.

Therefore, Bomboy had to adjust his claim to having caught the “largest Blue Marlin in a tournament, anywhere in the world”. Small adjustment for such a big fish, on a world wide scale. 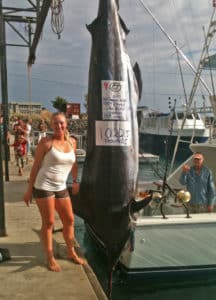 The story of Molly Palmer went viral back in 2012 when she was fishing in the Big Island Marlin Tournament. She refused to cheat and decided to disqualify a 1,022 pound marlin that was not only The tournament winner – but also a Woman’s World Record – because of a technicality. This story caught people’s imagination in all walks of life – from Hawaii to China and in the other direction, all the way to Italy.

Going in to its 31st year as the flagship event on the 8 tournament Hawaii Marlin Tournament Series, the 2017 BIMT features the return of Taj Mahal and the Hula Blues Band in their only performance for the year. Taj will be taking a break from the TajMo tour with Keb Mo, following the release of their new record “TAJMO” featuring cameos by Bonnie Raitt and more. 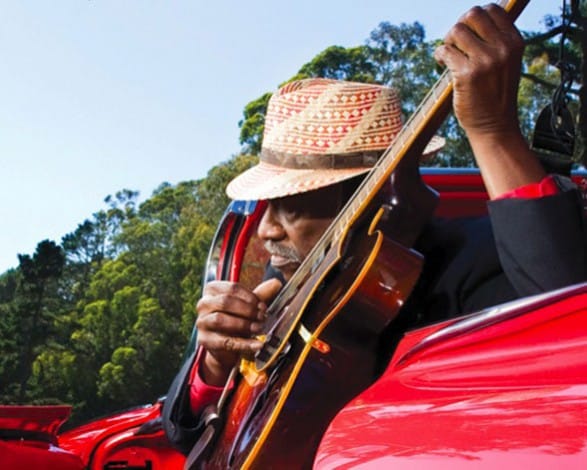 Taj had his own tournament in Costa Rica for a few years and loves to fish. Last year at the BIMT he tagged and released one marlin to get back in the groove. This year he has a brand new plan!

Although the BIMT is remarkable in its history, each of the events in the HMT Series have their own identity, style, format and ambiance. As mentioned, in Kona, big deals are not always treated as “big deals”. 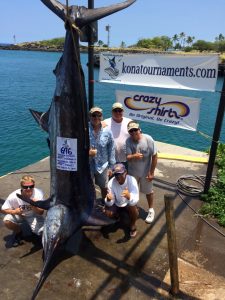 The Skins Marlin Derby has set the record for the single largest payout in Hawaii tournament history when Capt. Bryan Toney and team on “Marlin Magic” landed a check for $219,522.00.

Malibu resident Steve Spina is known far and wide for his sea faring escapades. One accolade probably not well known is that Steve was 2016 Series Champion of the Hawaii Marlin Tournament Series. Although he’s competitive as Stallone and relentless as Schwarzenegger, he’s not the kind of guy to go around town talking about his win – OR – that he is one of only two “Three Time Champions” in history. Spina fishes on board his “Rod Bender” with local Capt. Kerwin Masunga and his ohana crew of Brent and Heather Masunaga. In true Kona style, big deals are rarely made out to be “big deals”, but really, Spina is a pretty big deal.

This summer, Spina heads back to Kona to defend his “Threepeat” with a chance that he may become a benevolent King, at least of the HMT Series circuit.

Aside from Spina and Co. – Capt. McGrew Rice is the only other Three Time Champion fishing from “Ihu Nui” with long time sidekick Carlton Arai. Capt Chip Van Mols has earned the Championship crown twice, with his daughter Jada and husband Dan Holt as anglers with crew Shawn Bebeau. Capt. Brian Wargo was the first to be a two time champion back in 2000 and 2001 with the legendary angler James “The Moose” Karamouzis, covered in a feature article in “Men’s Journal” magazine.

For a complete schedule of all eight events in the $1.5 Million Hawaii Marlin Tournament Series log on to www.konatournaments.com