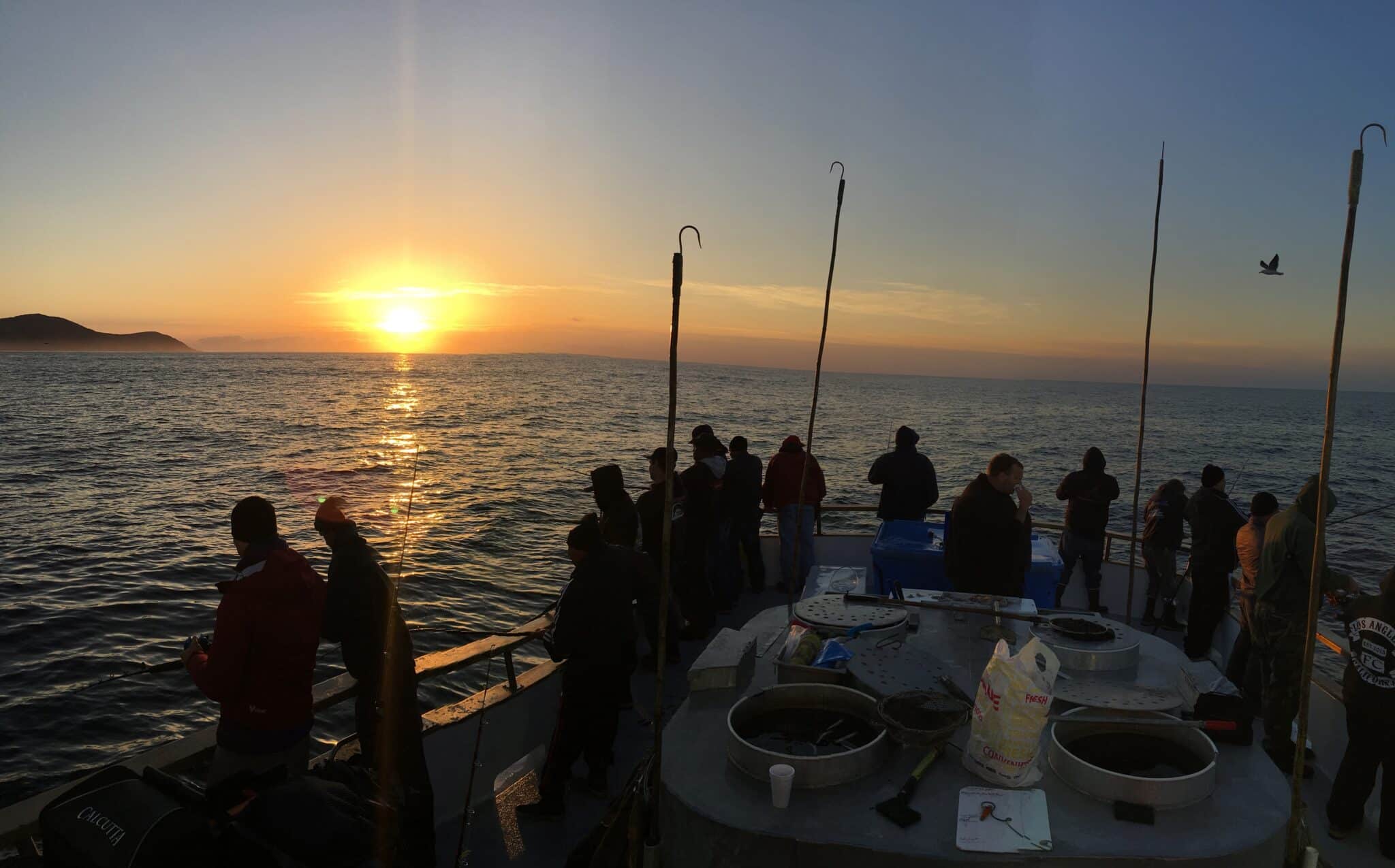 We’re awfully spoiled here in SoCal. Here it is post-Thanksgiving and we’re still catching tuna. Setting aside the El Nino fishing anomaly, we’re still pretty lucky. If you do happen to be a freshwater guy, there’s trophy largemouth fishing to be had in Southern California. For those of us that call the ocean our fishy place, there’s a huge range of diversity in species, styles, and ecosystems to learn.

In terms of weather, shorts and t-shirts are the norm…except at times in the Winter and Spring.

I was rudely reminded of this fact this weekend, during my annual Ling-a-palooza trip on the Pacific Islander.  Going out, it was supposed to be windy, but the ride out and the morning fishing were a pleasant surprise.  I was happily throwing a jig, fishing for lingcod, when I noticed that Capt. Steve Virtue had changed out of his jeans and long sleeved shirt in favor of full rain gear.  Instead of immediately putting my pole away and heading to the bunk room to change, I fished.  Big mistake.

When the wind and rain rolled in, it hit HARD.  Rain blew in sideways.  By the time Steve decided to move down the island and I decided to go change, I was soaked to the bone. 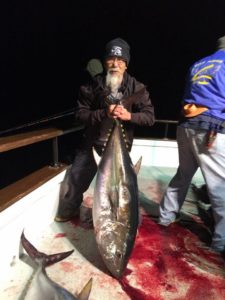 It was the same story for other anglers I talked to as well.  Several boats made it out to the Tanner this weekend in the hopes of catching some big bluefin tuna.  Fishing at the Tanner was cut short too, but they bit at night, so boats still returned with some trophies. My buddy, Stew Suenaga (right) was one of the lucky ones, scoring one just shy of the century mark to take jackpot on the Eldorado.

Now aside from Stew’s nice fish, take a look at what he’s wearing.

Stew is a guy who I look up to in the fishing game.  He always seems to be prepared with the right gear.  Consequently, he’s often on the right side of the ledger in terms of the catching too.

But let’s get back to Stew’s attire… 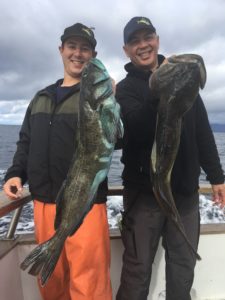 We still have a month of local fishing left.  January and February we’ll be fishing at Colonet and along the Mexican coast.  Be sure to pack appropriately.  Still good fishing to be had in Winter, but you need to think it through a little more.