There are just as many different types of fishing to do, as there are different places to do it. In Prince Edward Island, Canada, the two aspects come together to create an epic “fishing of a lifetime” in a comfortable, “easy to get to” environment.

The crew of Tide and Time Charters makes it that much easier and catching a giant bluefin tuna is a pinnacle on many angler’s wish list. Prince Edward Island, or PEI as it is often referred to has become one of the leading destinations in the world if you want to experience the power of a giant bluefin tuna.

Capt. David Sansom grew up in PEI, fishing with his Dad who was a commercial fisherman. Capt. David felt the longing to take up a life on the sea, though its hard work. In 2006, he bought his Dad’s boat after he retired, and has continued the family fishing heritage. Capt. David fishes for lobster, mackerel, herring, silverside and bluefin tuna during each of their seasons.

Capt. David is dialed in to the rhythms of the ocean and knows these waters inside out.

Capt. David really enjoys the recreational bluefin tuna season and offers charters on his Transport Canada approved fishing boat that is very comfortable, stable and fully equipped for both fishing and safety. 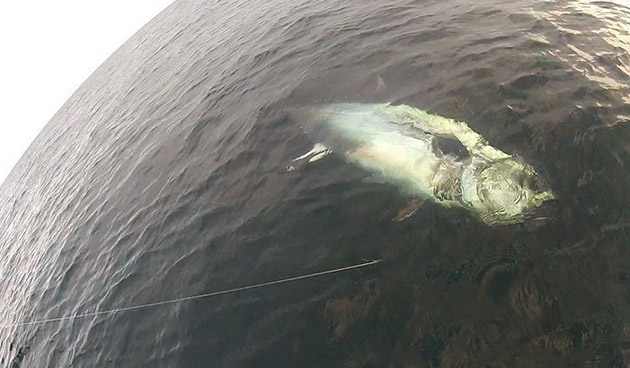 One of the pleasures of fishing PEI is how relatively close the fishing grounds are.

Often just a few miles from the harbor, is where Capt. David will deploy his top of the line Shimano gear for bluefin. In fact, Shimano uses Capt. David to take groups of engineers and representatives to put their latest creations to the ultimate test. 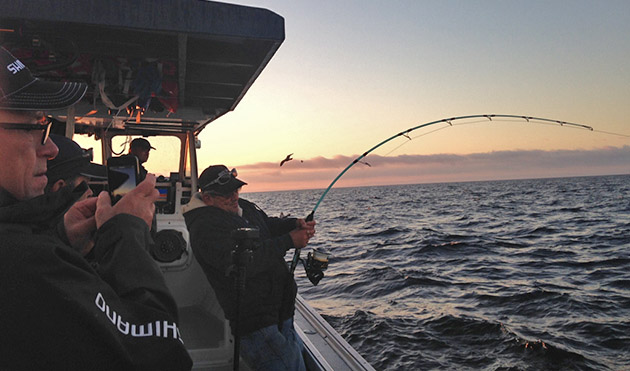 Bluefin tuna commonly grow to over 1000-pounds, so the tackle has to be the best to withstand the pressure it takes to subdue these awesome giants. Last summer, Capt. Dave and the Shimano crew caught two bluefin tuna on heavy-duty spinning gear that Shimano was testing.

Capt. David is also a long-time member of the Canadian Coast Guard Auxiliary and has extensive marine safety and first aid training.

The tuna season starts around Mid-July and runs until the fish leave sometime in Mid-October. Capt. Dave is booking trips now for 2015 and don’t wait too long, as the days will fill up fast. His boat can carry up to 10 persons and provides all of the equipment and licenses. The recreational season is almost all catch and release on bluefin and Capt. Dave uses barbless circle hooks to ensure a healthy release. 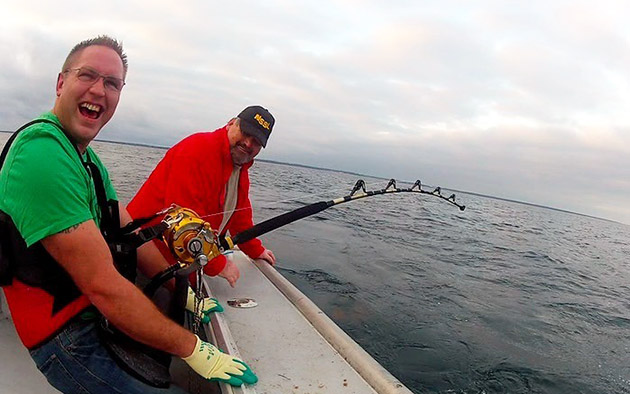 Capt. Dave said, “ He knows he is doing what he loves because many of my charter clients tell me that I had as much fun as they did, during a day of catching tuna.” We eat lobster rolls, oysters and other fresh seafood while we’re fishing and we always have a great time.”

Check out Capt. David’s Tide and Time Charters website for more info and to make your reservations. Don’t miss out on this trip of a lifetime.