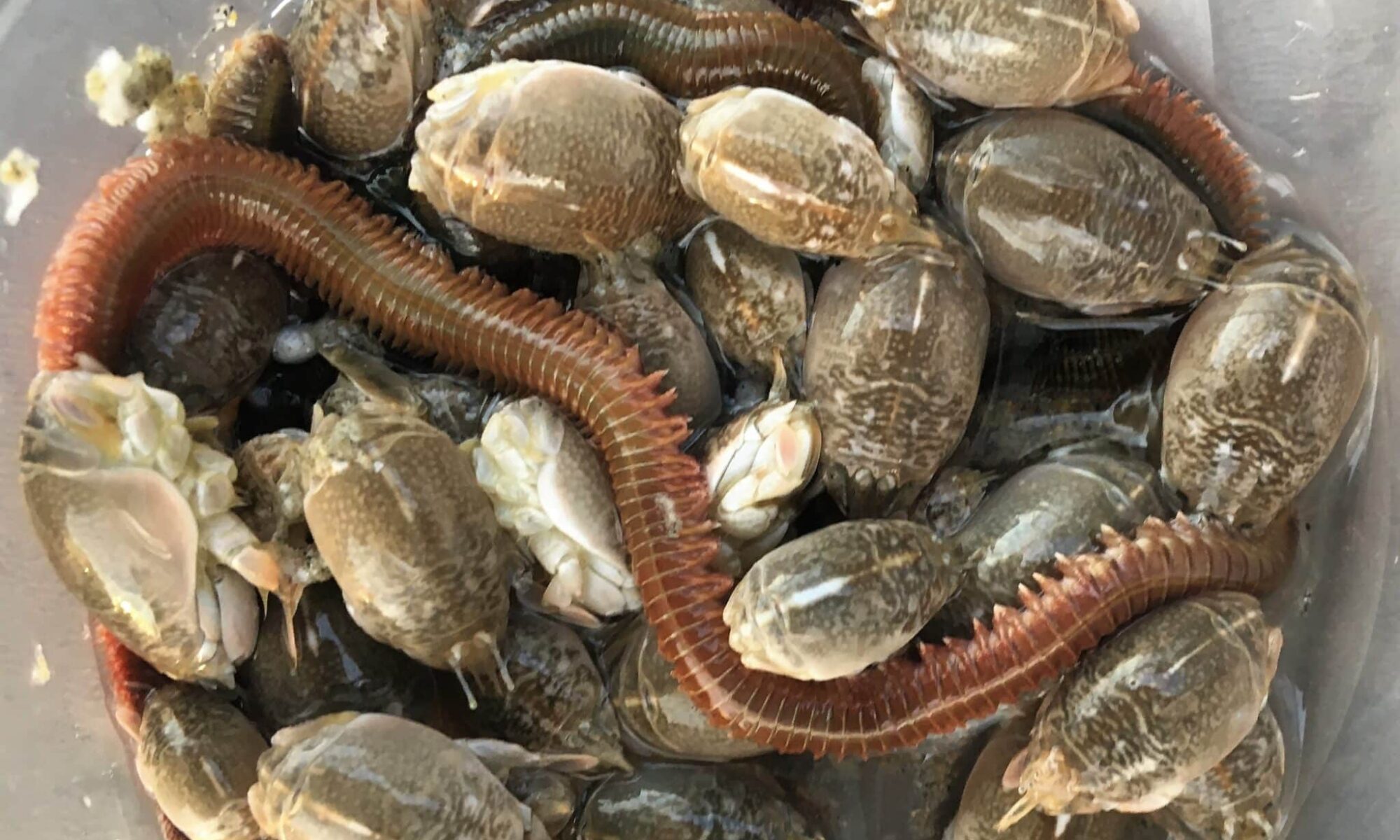 Happy to say I got in a good amount of fishing last week.  Midweek, I got in a couple sessions off the sand.  Saturday, I got on an overnight out of Channel Islands Sportfishing in Oxnard.  Here’s how it went…

All About That Bait

Week before last, I got a hot tip on where to make sand crabs.

It’s still early in the year for them, but if you can get them, there are fish hungry to eat them.  Since I was given the spot by someone, I’m not going to burn it and post it here.  What I will tell you is that for now, your best bet is to look near structure…by the rocks, near pier pilings etc.  If you are lucky enough to find them, an added bonus is that the beaches are relatively empty right now.  It’s easy to find a spot away from the surfers and splashers.  When the kids get out of school, that dynamic will change drastically, so it’s a good time to get in some fishing from the sand. 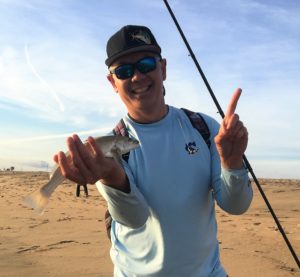 Wednesday (4/3), my buddy Randy Toji, told me he’d heard of a spot in North Orange County holding corbina and was going to give it a look after work.  I met him on the sand.  He was with our other buddy Ruben Ortiz.  After making bait, we proceeded on to the actual fishing spot.  Later in the year, you can find bait and fish where you find it.  It takes a little more work now.  Randy knows I’m trying to level up to sight fishing for corbina.  Corbina are legendary for how spooky they can be…earning them the nickname of the “ghost of the surf.”  Catching them is one thing.  Sight fishing and catching them puts you in a whole other class of surf angling.  Wednesday evening’s session didn’t prove to be fruitful for sight fishing.  The water was a milky matcha green color.  That being the case, I gave up the near shore, sight fishing mission early on and threw long.  I was rewarded with my first “bean” of the year. 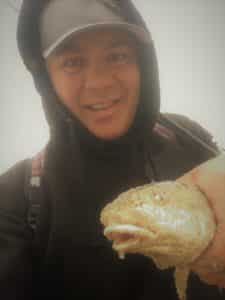 I still had bait leftover.  The following morning, I got up early to take advantage of the incoming tide.  This time I decided to head north and fish a spot by where I used to work in Santa Monica.  In the parking lot, I parked next to a lady who swims there every morning.  I asked her if there were still a lot of leopard sharks in the water.  “Is that what you’re fishing for?” she asked.  “Please fish away from us, so you don’t chum up the water for sharks.”  Lol.  I didn’t want to get into a discussion about how leos are harmless to humans.  I laughed to myself though when as she approached the water, I was already hooked up from my first cast.  That fish turned out to be a nicer sized corbina than the previous day.  Rounded out the session with a few barred surf perch.

Never caught corbina this early in the year.  Two beaches and two corbina in consecutive days.  It’s definitely worth getting out right now, finding some bait and getting in some surf fishing.

Overnight On The Pacific Islander

In last week’s post, I had mentioned how despite the increased depth limit, the lingcod fishing hasn’t been great this year.  I learned how to target lingcod aboard the Pacific Islander, from Capt. Steve Virtue.  I figured if anyone knew where they went, it would be Steve.  Instead of the typical Santa Rosa Island (sometimes San Miguel) area that the PI usually fishes, I woke up Sunday morning to a different island.  I saw the new Thunderbird near us and asked deckhand Bryan Duncan where we were.  “Santa Barbara Island” he responded.  Steve would later tell me that it was blowing hard in the normal area and SBI was just inside the curve of where it was blowing.  Steve also wanted to take advantage of the newly revised depth limit in this cowcod conservation area (went from 25 to 40 fathoms). 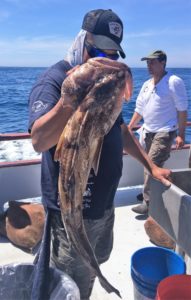 The conditions weren’t ideal.  A little bit of wind and current to push us on a drift would’ve made the fishing better.  That said, it was still pretty good.  At one point, Steve and I were fishing on the bow, and every drop was yielding doubles of fat reds and chuckies.  Not a lot of lingcod though unfortunately.  Only 3 for the trip.  The one that won jackpot though was a nice fish…low-double-digits I’d guess (right).

I had some buddies on other boats the same day, fishing the same zone and they told me the same story.  Good rockfishing, not many lings.  Steve theorized that they might have migrated into deeper water?  You’d think with the added depth limits though, the captains would have found them.

One last quick note…the Old Glory had limits of bluefin (60 for 30 anglers) on Saturday on a day-and-a-half trip.  April 1st, the Royal Polaris reported running into them coming back up the line.  No one was really sure if the report was real though given it was April Fool’s Day.  It was real.  Get that tuna gear ready!