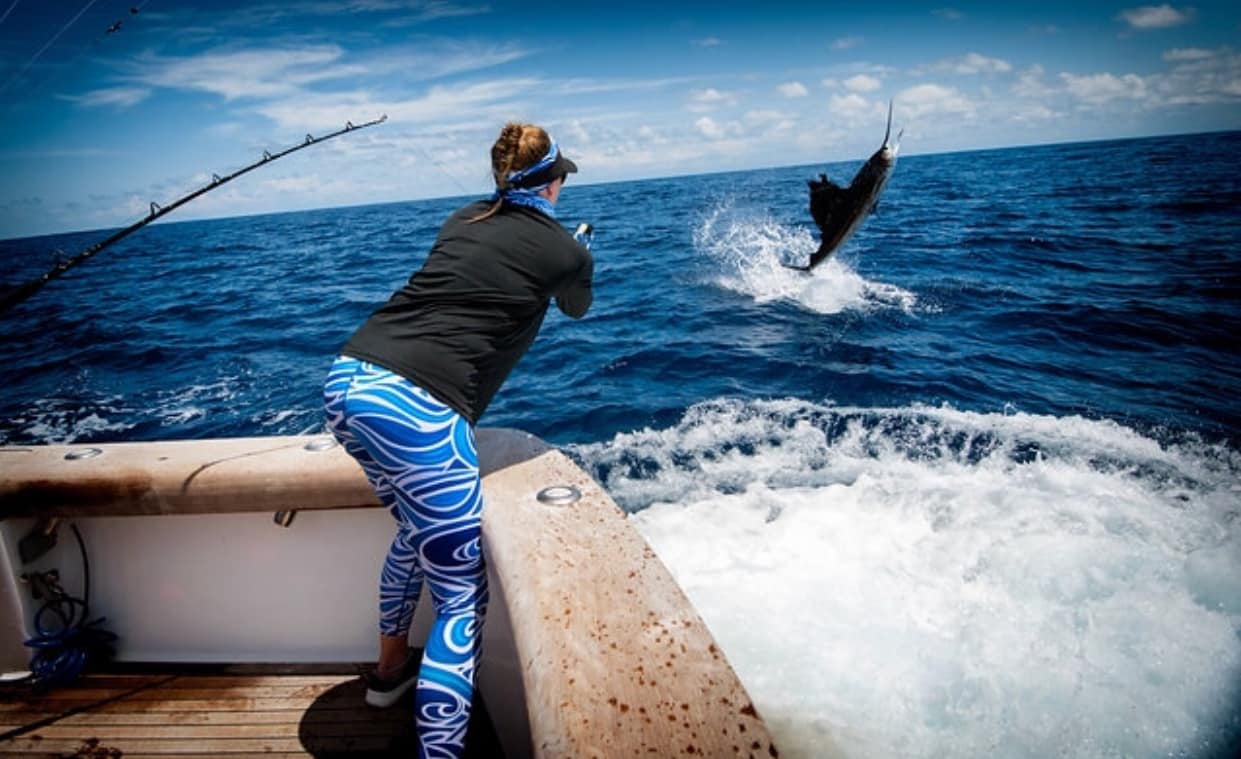 Please welcome Tara Lee Eddings as our next BD Fishing Chick.  Her fishing-passion is leading her all around the world. 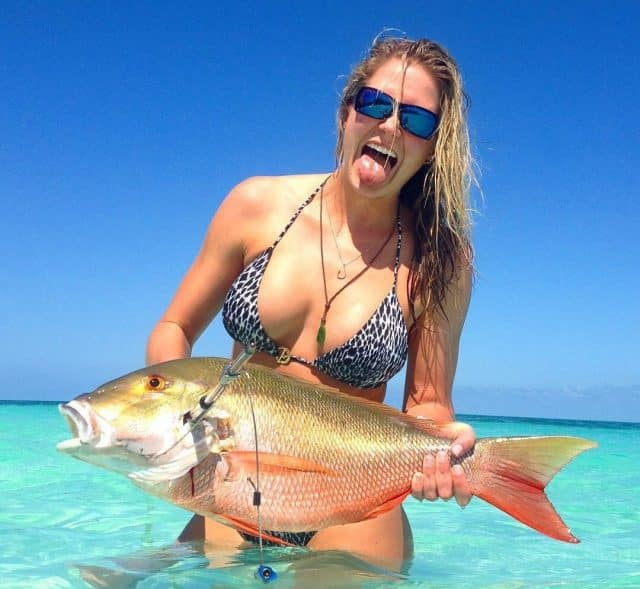 Tara Eddings:I have recently left my job where I managed Outpatient Surgical Centers to pursue my love for fishing, along with supporting my Fiancé who plays professional hockey for the New York Rangers

BD:What are your other hobbies?

Tara Eddings:Some other hobbies of mine besides fishing would be watching a lot of hockey! Also I am very passionate about golf, which I’ve played my whole life.

BD:Who or what got you into fishing?

Tara Eddings:Just like most other people in the fishing industry, my passion started when I was young. I grew up outside of Seattle, where we would mainly catch lake trout. My father used to take my twin sister and I out to our cabin on the lake called Lake Handcock up in the cascades to catch these trout. Now, with being a twin, I’ve been competitive since day one. So every time my father took my twin sister (Chelsie) and I fishing, it was always a competition on who hooked the biggest fist. Things are still the same to this day! 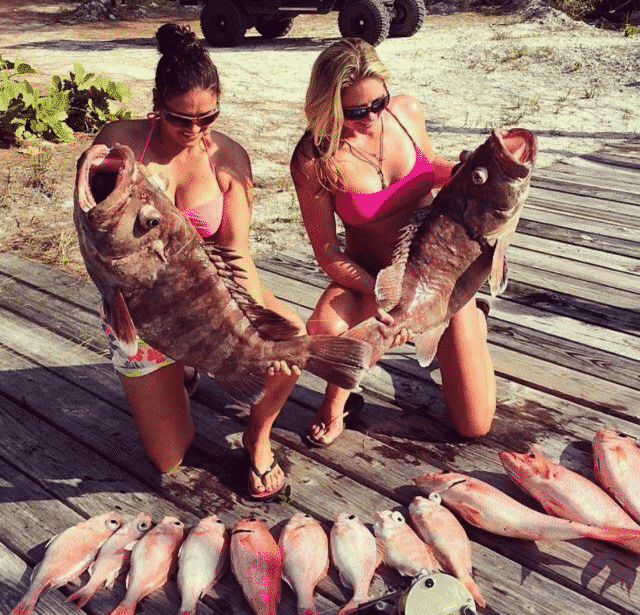 BD:How long have you been fishing?

Tara Eddings:I have been fishing since I was 3 years old up at our lake cabin.

BD:What types of fishing have you done and where?

Tara Eddings:Obviously I grew up fishing on the rivers and lakes in the Pacific Northwest. My main strength is kite fishing with live bait for billfish in South Florida. I have also done inshore fishing in Florida, Offshore in Mexico for tuna, along with dead baiting offshore for billfish out of Costa Rica.

BD:What is your favorite kind of fishing so far?

Tara Eddings:My favorite fishing so far would be for billfish. I love the diversity between using live bait and dead bait, and how different the bites are depending on which ocean you are in. They give a great fight and make you work for it. It’s always worth the fight for those billfish.

BD:What are some future goals or plans pertaining to fishing?

Tara Eddings:My goal, as many anglers have, is to achieve a royal slam. For my plans, I want to continue fishing in the tournaments in South Florida, while fishing more in Central America. I want to also help be an advocate to other young female anglers. I want them to know that fishing is not just a man’s sport, and that we can catch fish just like the guys. 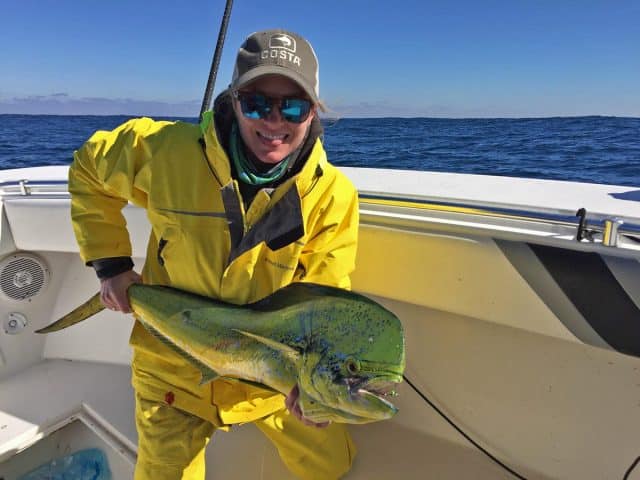 BD:What part of fishing do you like the most?

Tara Eddings:The thing I love about fishing the most is fishing as a whole. From catching the bait, rigging the rods, setting the bait out, getting that perfect spread, seeing the bite, setting the hook, seeing that fish greyhound and jump, fighting the fish, getting that leader up to the tip then seeing that beautiful best up besides the boat. It’s a thrill that no one, nor anything can ever duplicate to me. But out of the whole fishing cycle, setting the hook is my favorite. Nothing feels or sounds as amazing as the reel screaming as the line dumps off with a beautiful angry billfish at the end of it. 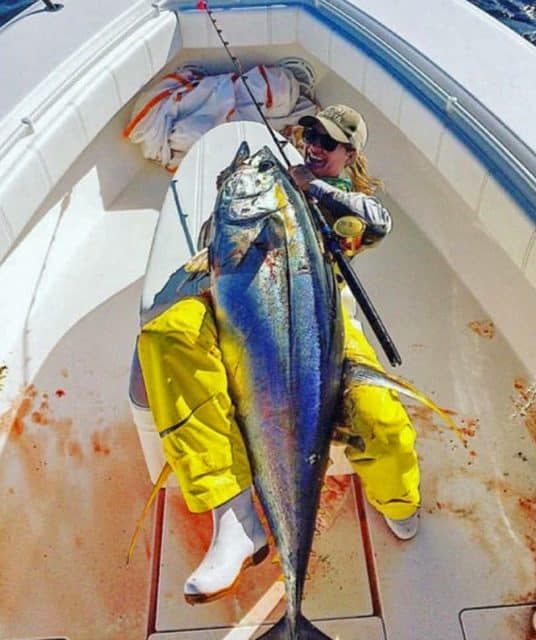 BD:Tell us about some of your proudest moments in fishing.

Tara Eddings:My proudest moment would have to be landing a 105-pound yellowfin tuna on 20# test, during a sailfish tournament while fishing with Stephanie Choate on Miss Britt. I fought the fish for almost two hours, all while Stephanie caught two sailfish as I was hooked on with this tuna. I had to drop the drag both times in order to get her sails, watching all of that line I had worked so hard to get back into my reel, dump back into the Atlantic. But slowly I was able to get that tuna landed. I never hated something so much, but love it so much, all at the same time. My other proudest moment was fishing the second leg of the Los Suenos Triple Crown on the Costa Del Mar all female fishing team. On the second day of the second leg, I had gone 6/7 on sails while live baiting. I have so much respect for live baiting, as it is one of the hardest things I have ever done. So for me going 6/7 was a huge accomplishment for myself.

BD:What other “aspects of you” would you like to portray?

Big thanks to Tara for sharing her story with us.  You can follow more of her adventures on her Instagram.