In Southern California, Lobster Season coincides with the kick-off of Fall and more importantly the Holidays.  Whether you’re diving, hoop netting or supporting the local commercial fleet to get your lobster, make sure it’s on the menu this Holiday.  Make sure to impress your guests with this Lobster Roll recipe, as shared by Tanner Saraspe.

This recipe is a deconstructed take on a lobster roll. Packed with fresh herbs and butter, and topped with caviar, it feels a lot fancier than it is. This version is served hot, but we also love to make it ahead and serve it cold. I guarantee you won’t have any Holiday leftover with these. 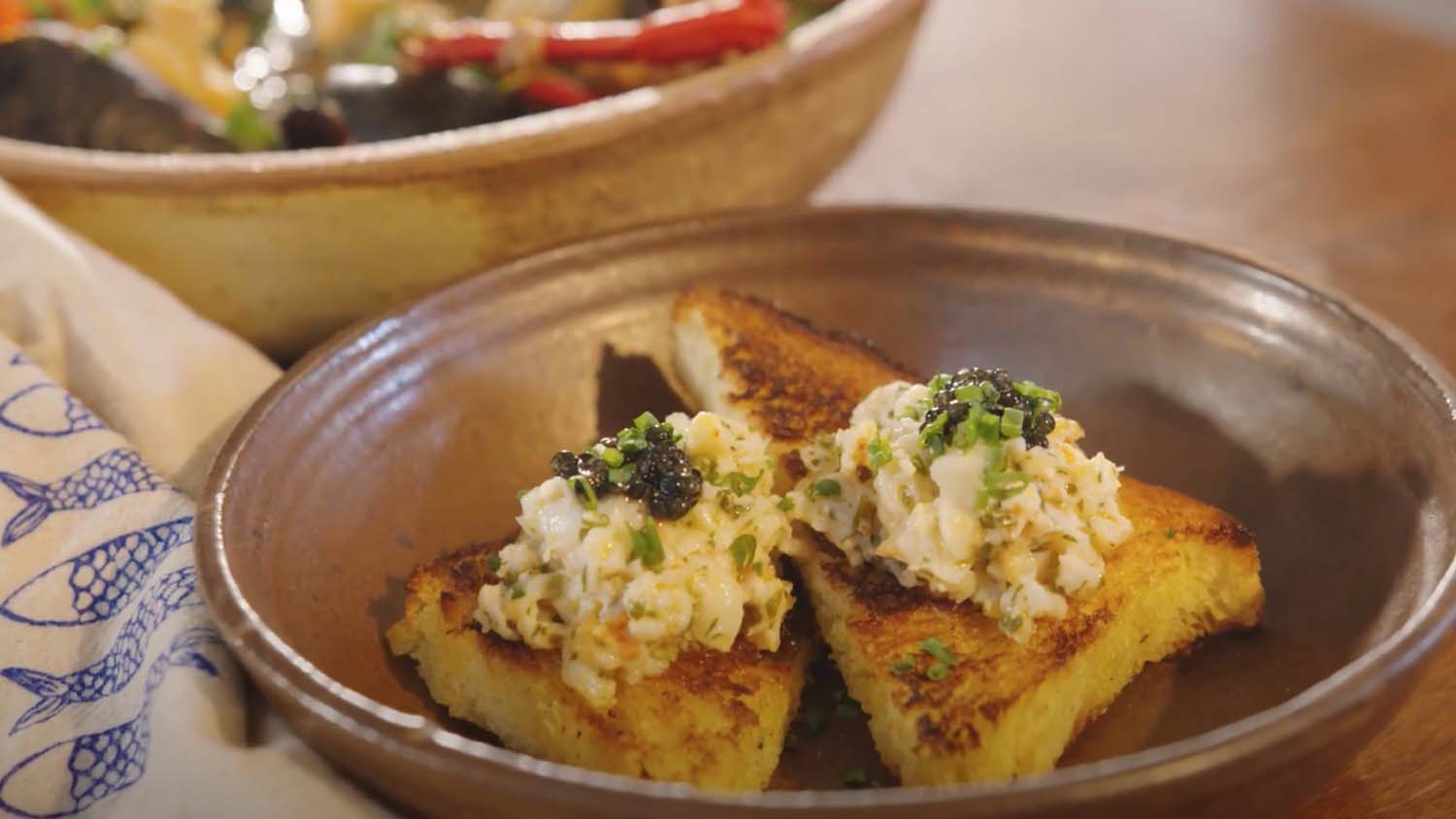 Ready In 30 minutes, makes 8 servings as an appetizer

• ¼ cup mayonnaise plus more for finishing

• Flaky salt such as Maldon for finishing

STEP 1 Parboil whole lobsters in salted water for 4 minutes. You may need to cook them one or two at a time depending on the size of your pot and the size of the lobsters. Remove lobsters from the pot using tongs and leave to cool.

STEP 3 When lobsters have cooled, remove the meat from the tails. Working one at a time, set a lobster on a flat surface with its belly facing down. Hold the lobster firmly with your non-dominant hand, use a large knife to slice the lobster completely in half from the center of its eyes right down through the center of the shell. Remove the fleshy meat from the tails and chop into very fine pieces.

STEP 4 Transfer the chopped meat to the bowl with the herb mixture and stir to completely combine. Salt mixture to taste. If serving cold, transfer mixture to fridge and serve chilled with toast points and caviar. If serving hot, divide the herby lobster mixture evenly among the 8 halves; stuffing the meat back into the shells. Brush the tops of the stuffed shells with extra mayo.

STEP 5 Broil the stuffed shells on a baking sheet for 3-4 minutes or just until the meat is delightfully toasted. Take care not to burn as some broilers work faster than others. Finish the broiled tails with Maldon salt and leave to rest.

STEP 6 While the lobster rests, prepare the toast points. Use a sharp knife to slice the crust off the bread and cut each slice into halves on the diagonal to create 16 triangles. Arrange the pieces on a baking sheet, brush with the melted butter, and sprinkle with sea salt. Set under the broiler for 1½ minutes or just until golden brown. Use tongs to flip and toast the other side for another 30 seconds to or just until toasted. Watch them closely as they will go from golden to burned in an instant. Serve each lobster half with 2 toast points and a little spoonful of caviar if using. 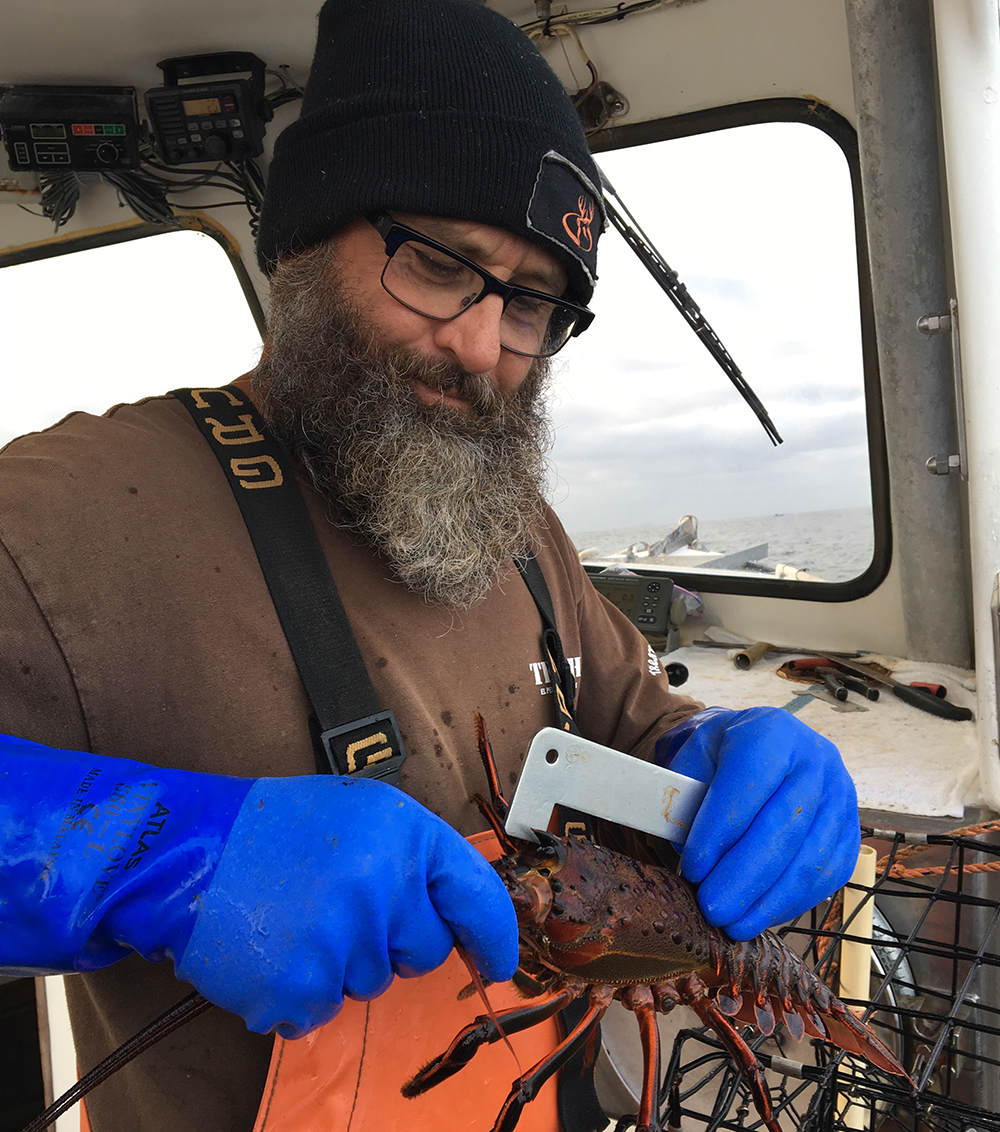 Andy Saraspe, second-generation lobster fisherman and father to Tanner Saraspe.  The man behind all the lobster hiding spots. 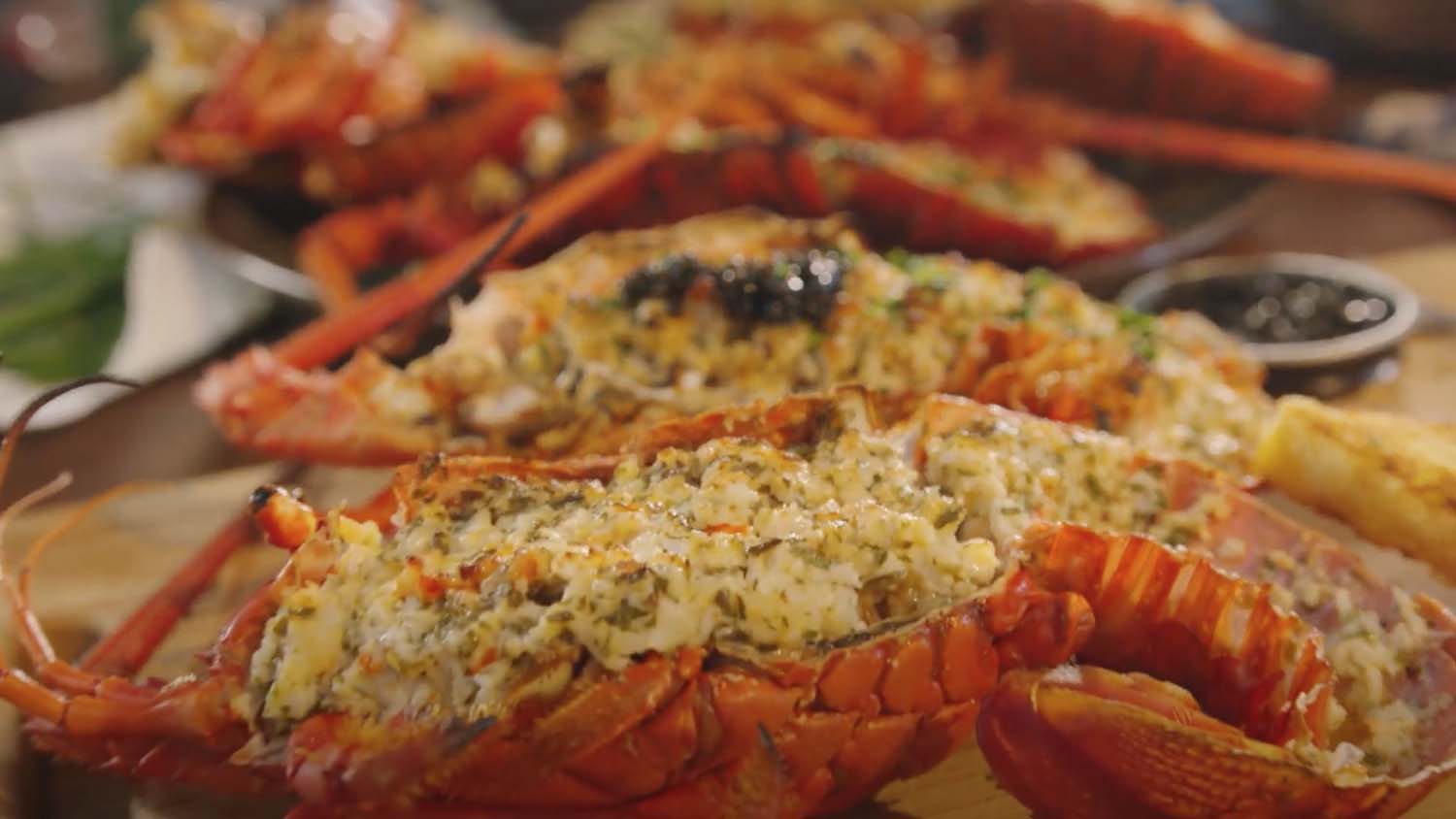 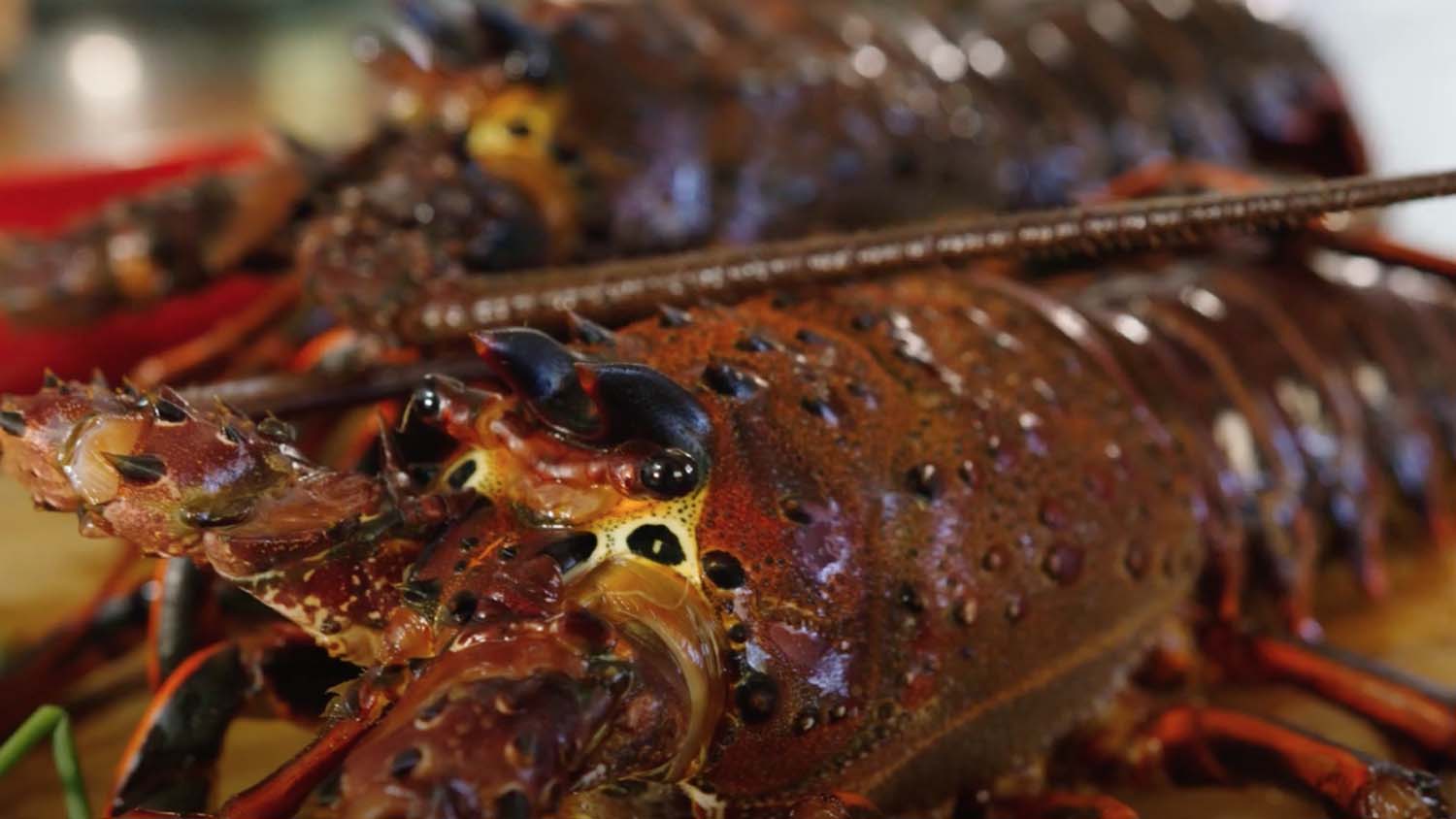 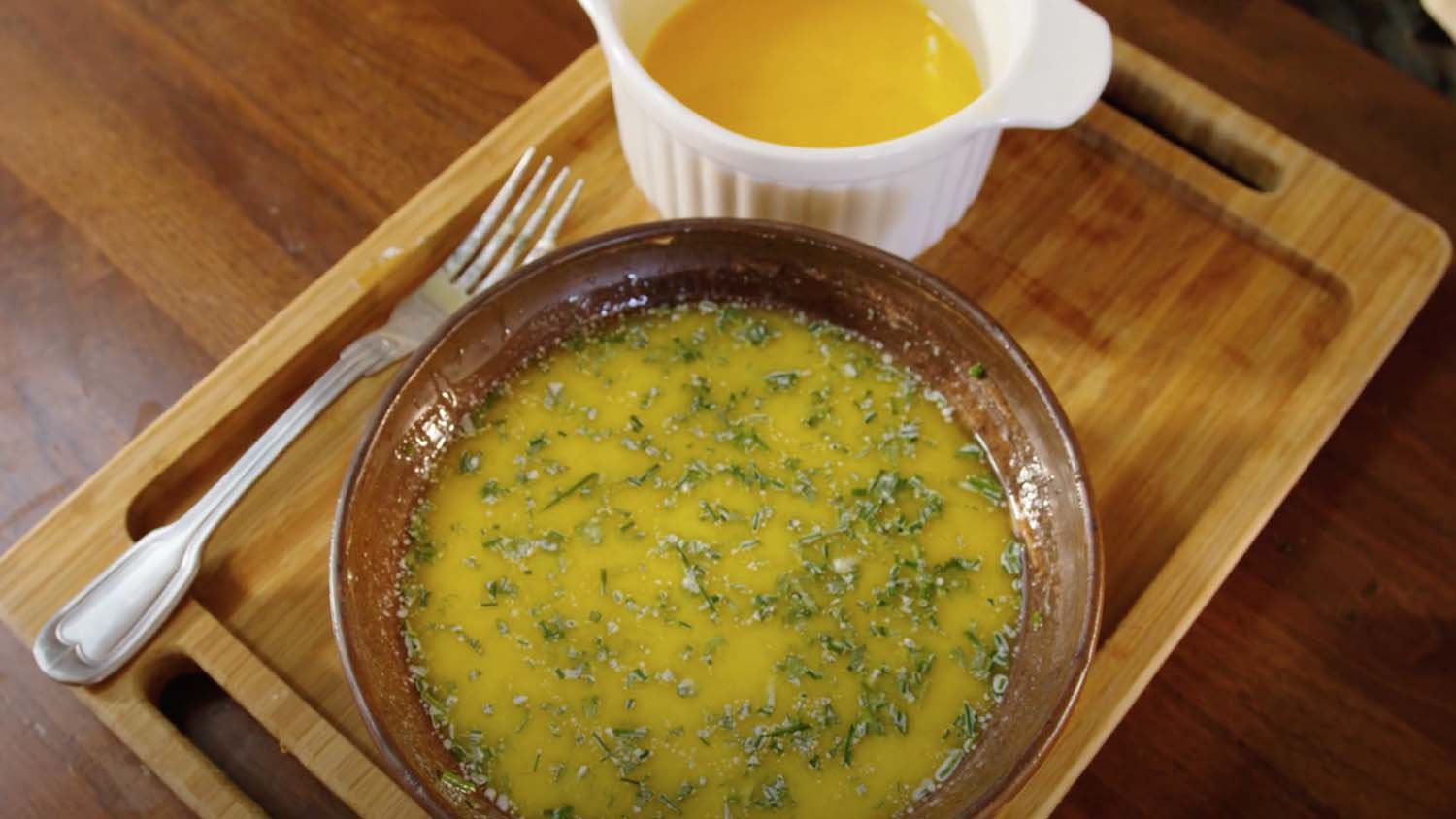 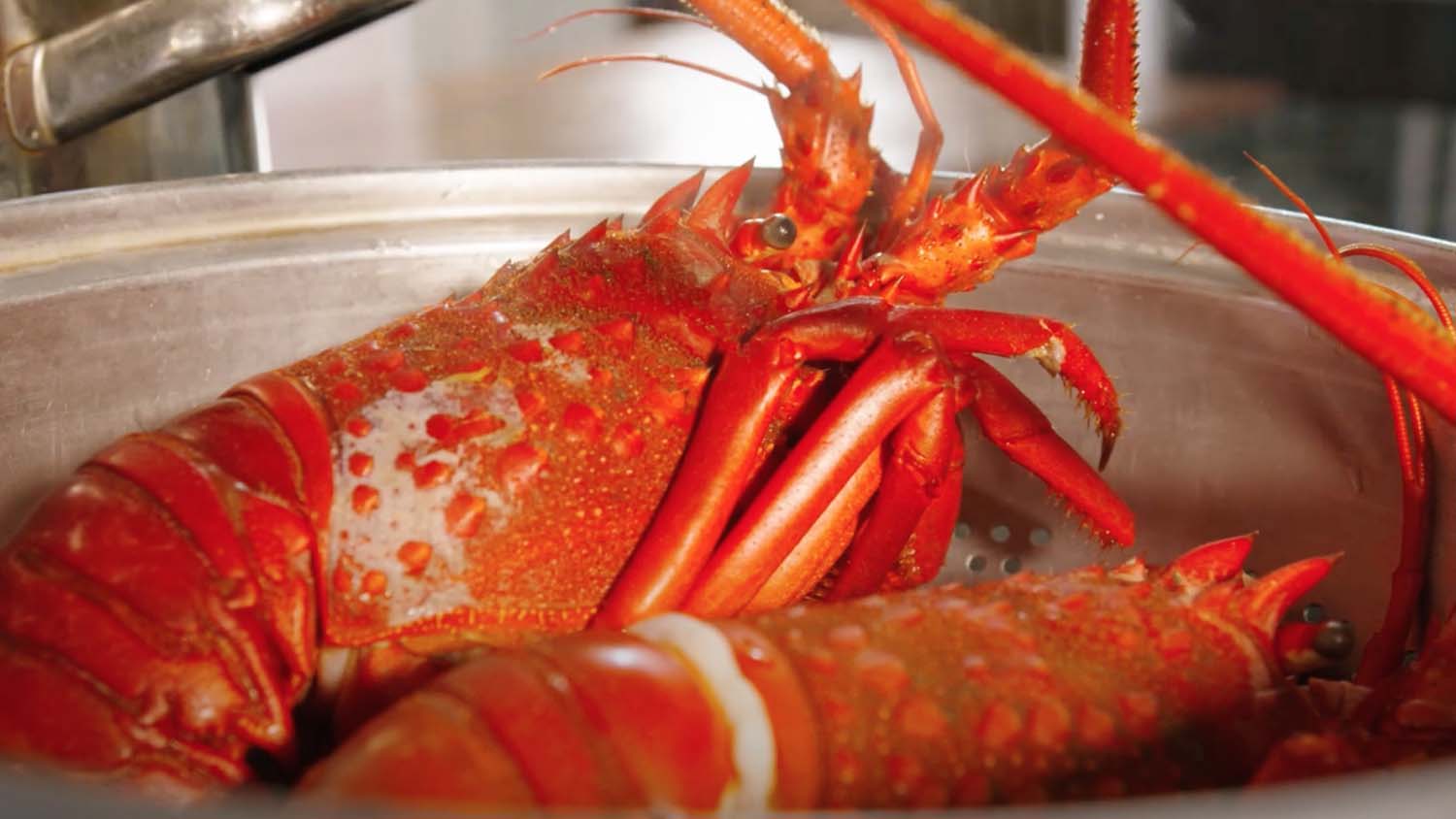 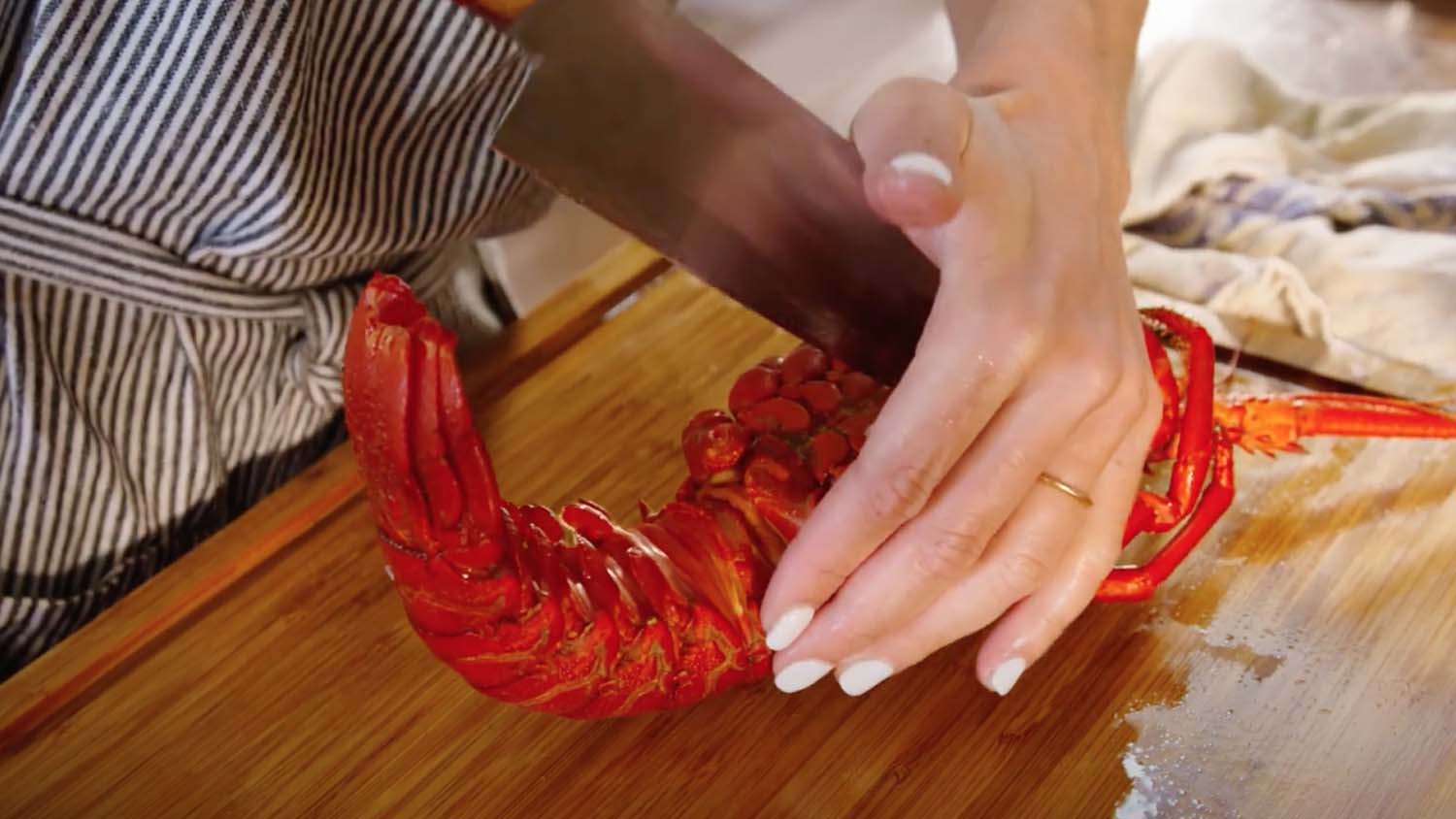 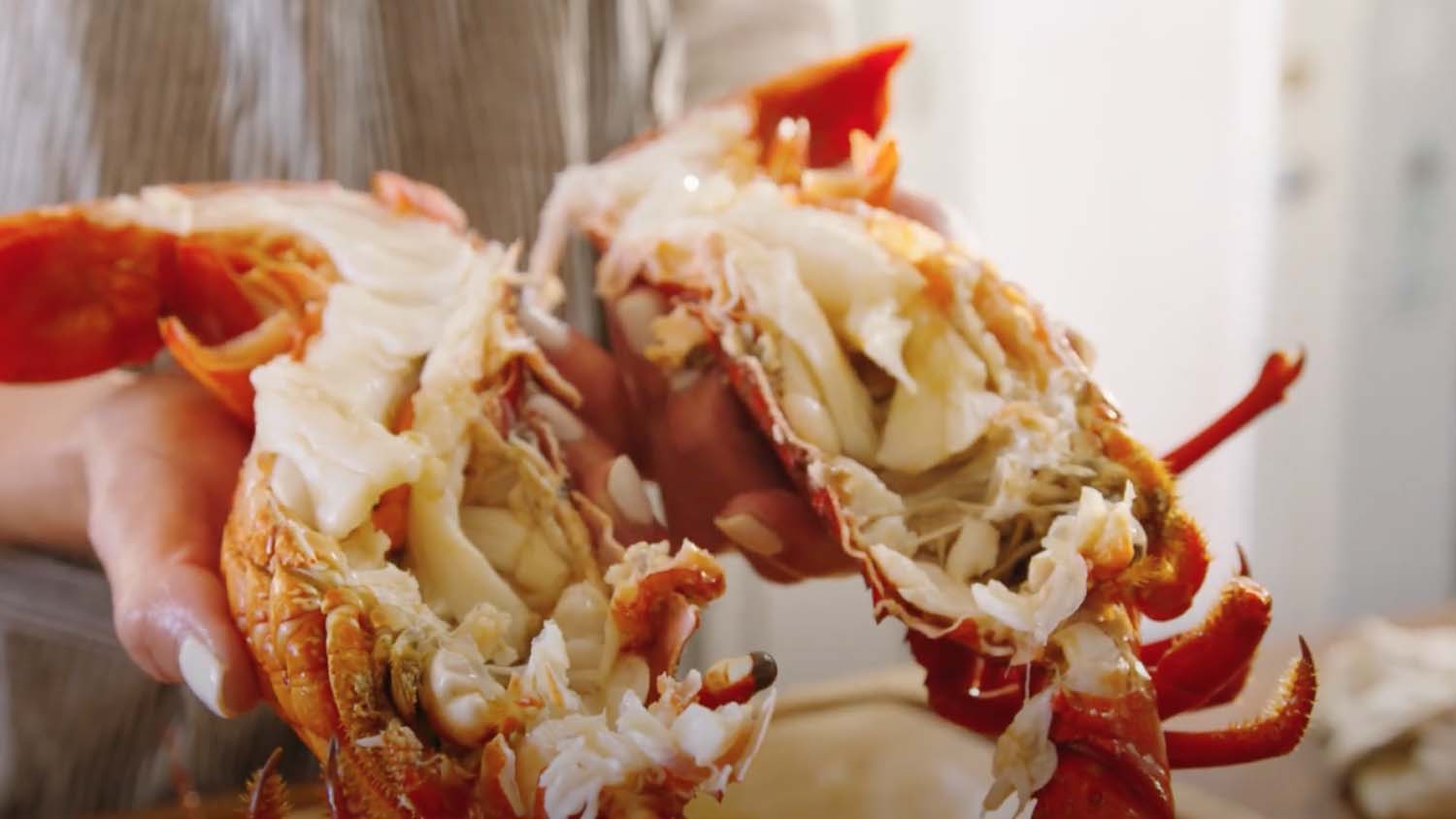 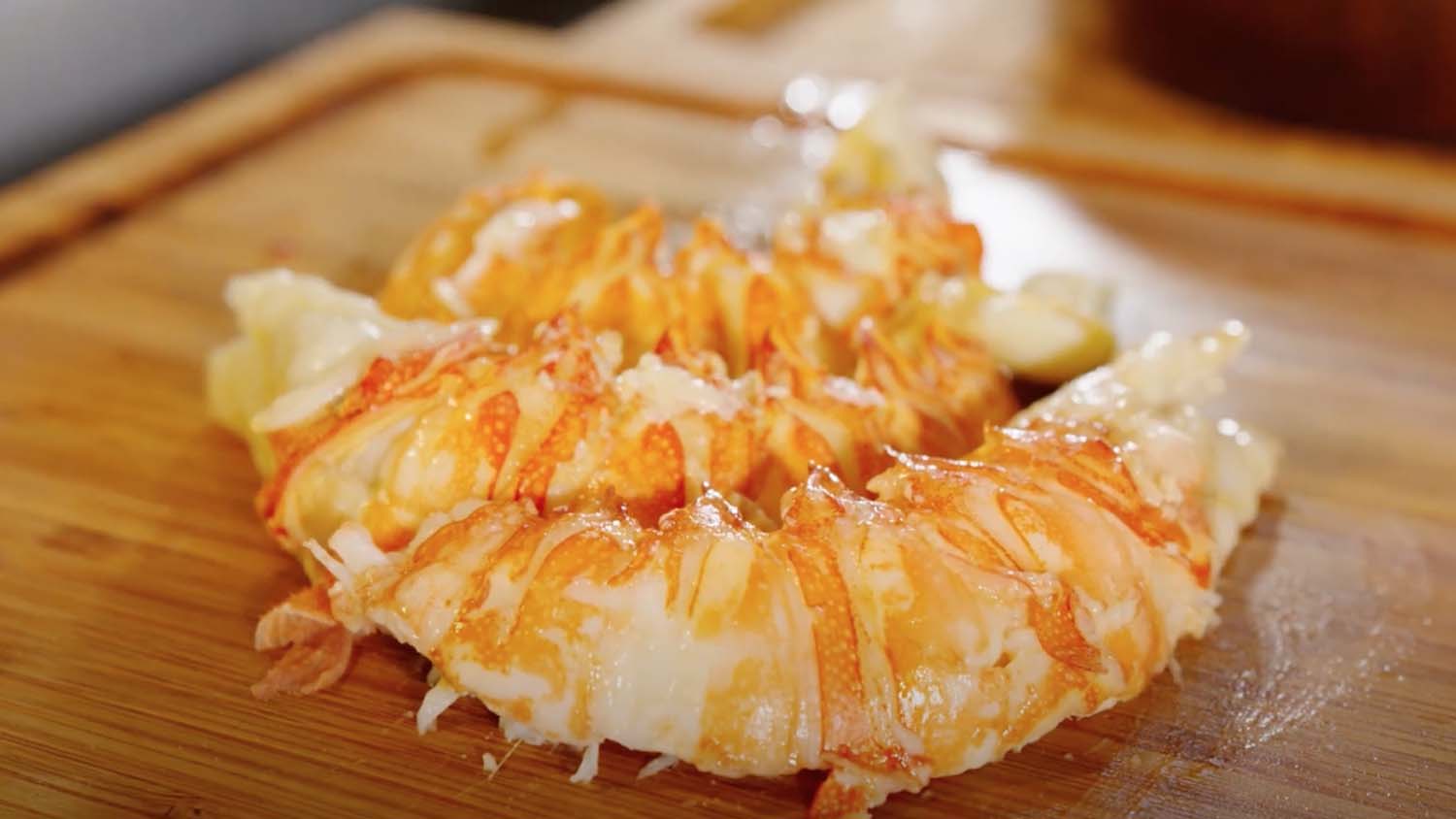 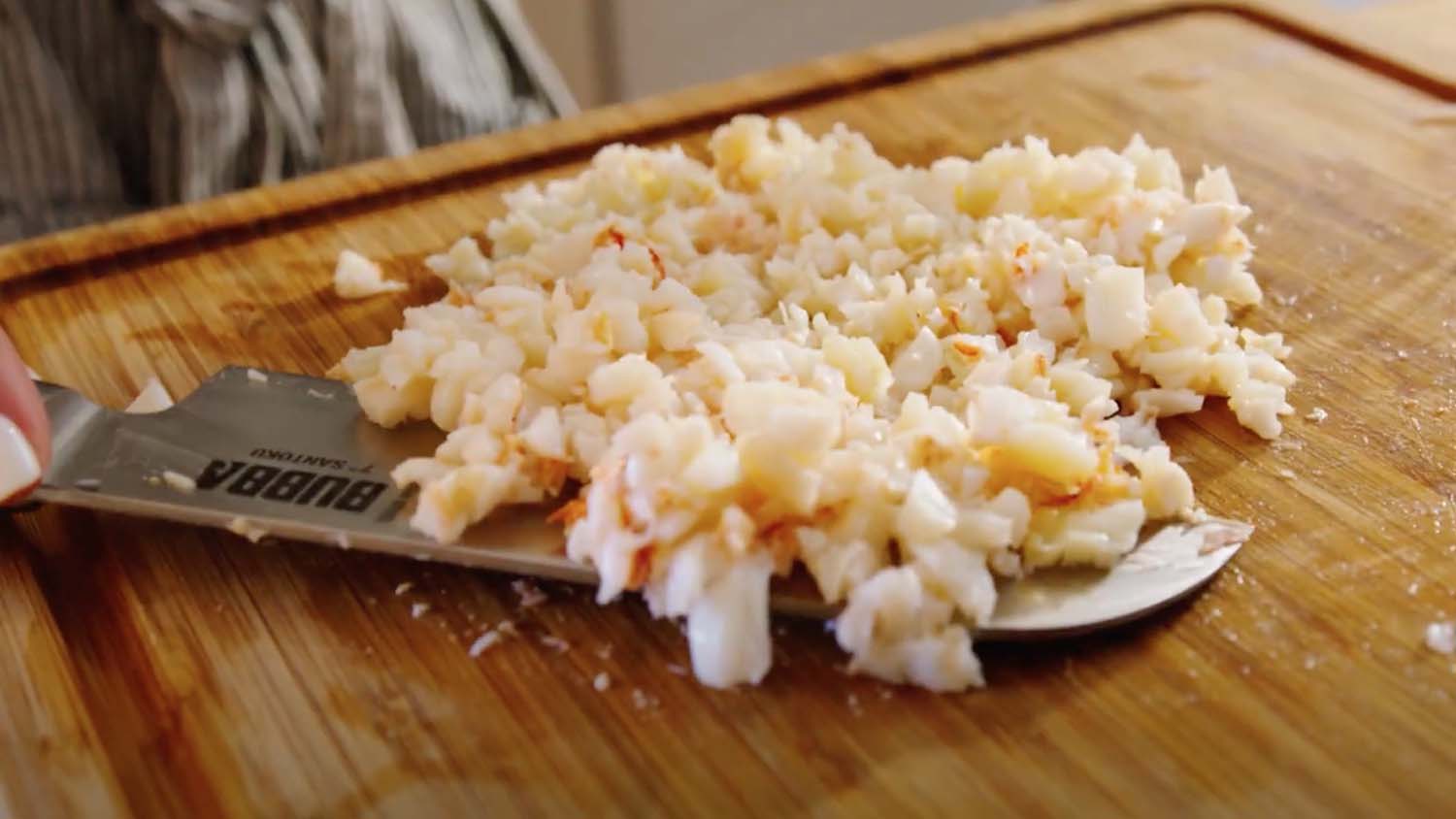 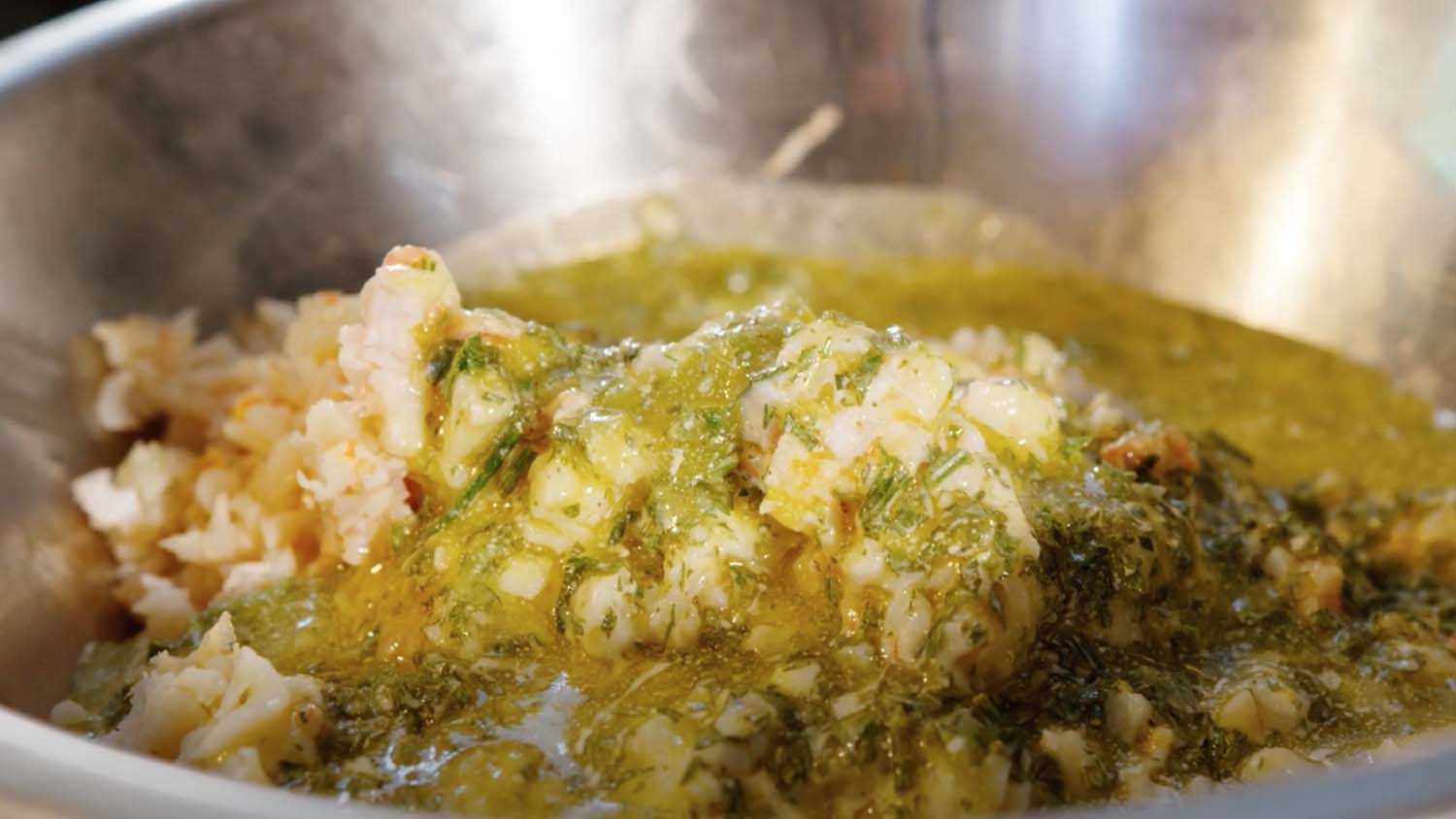 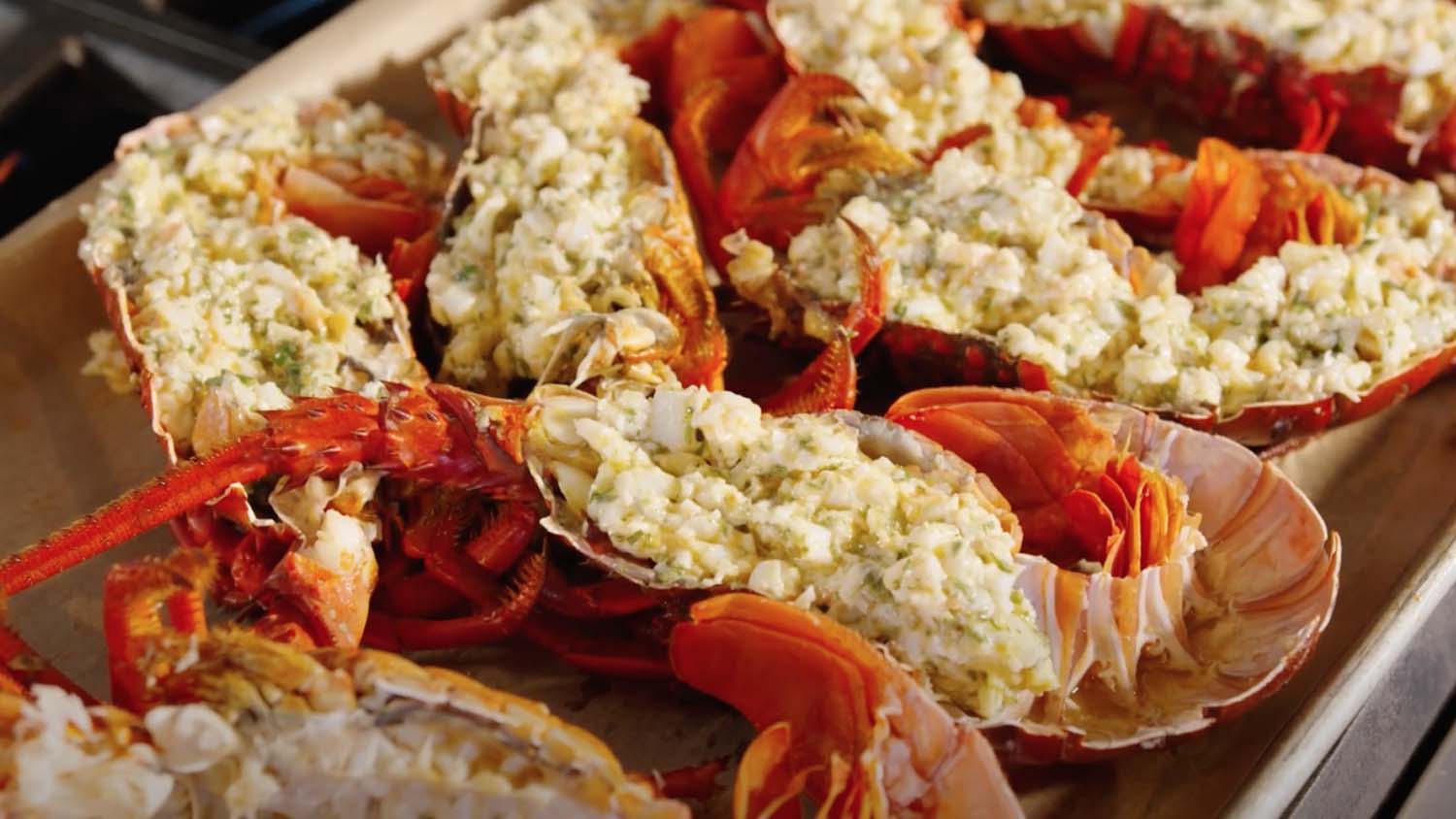 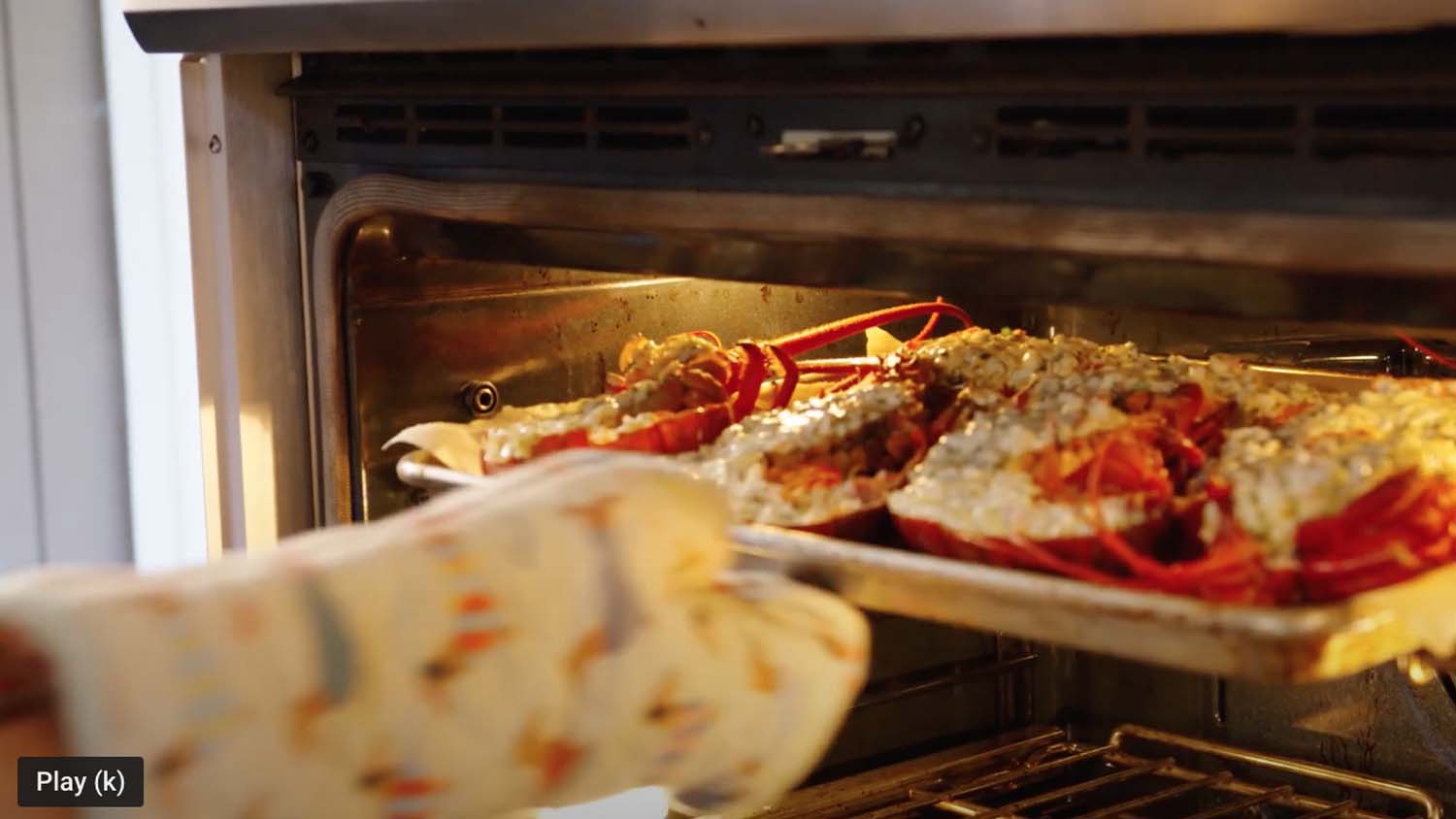 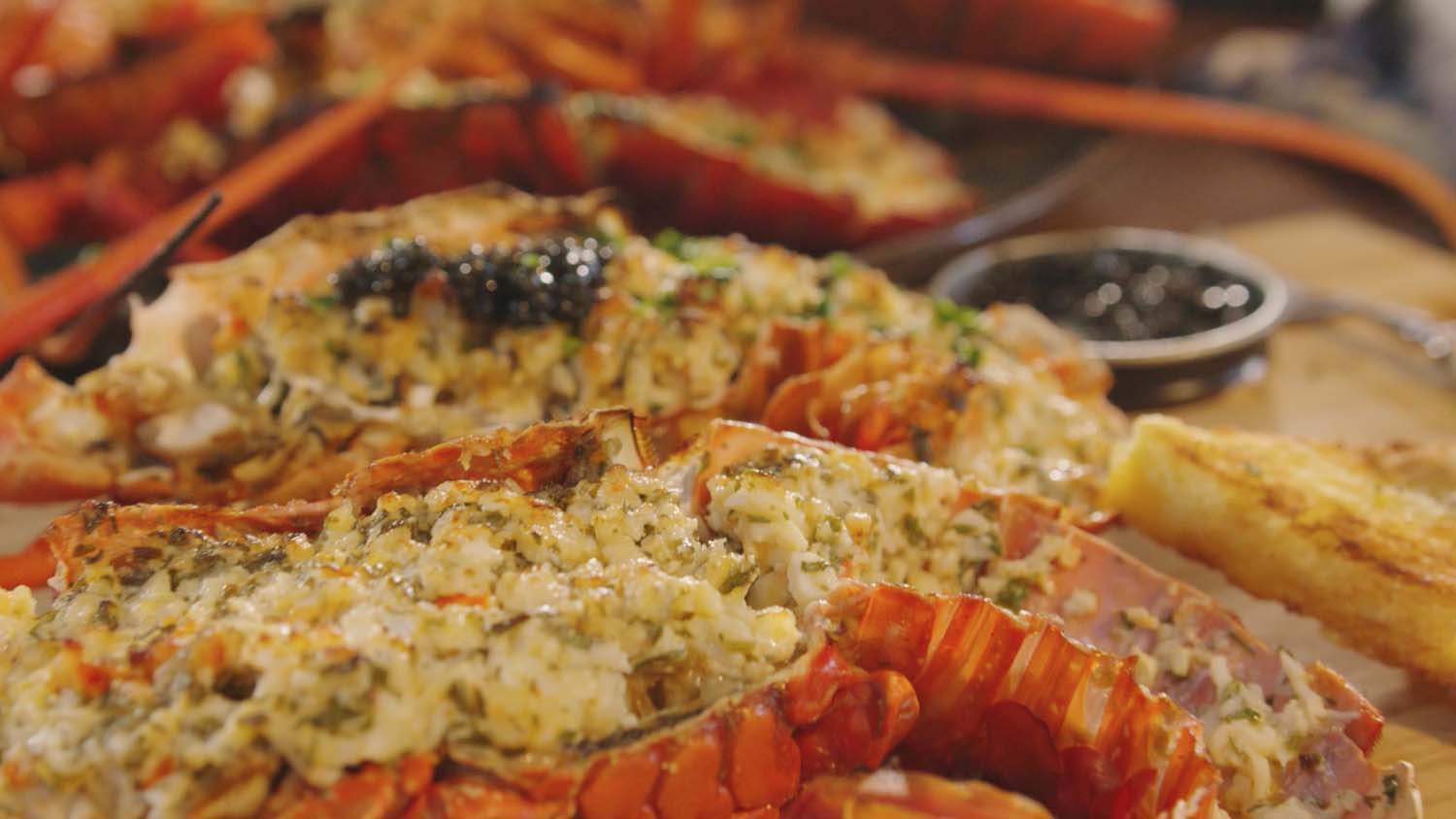 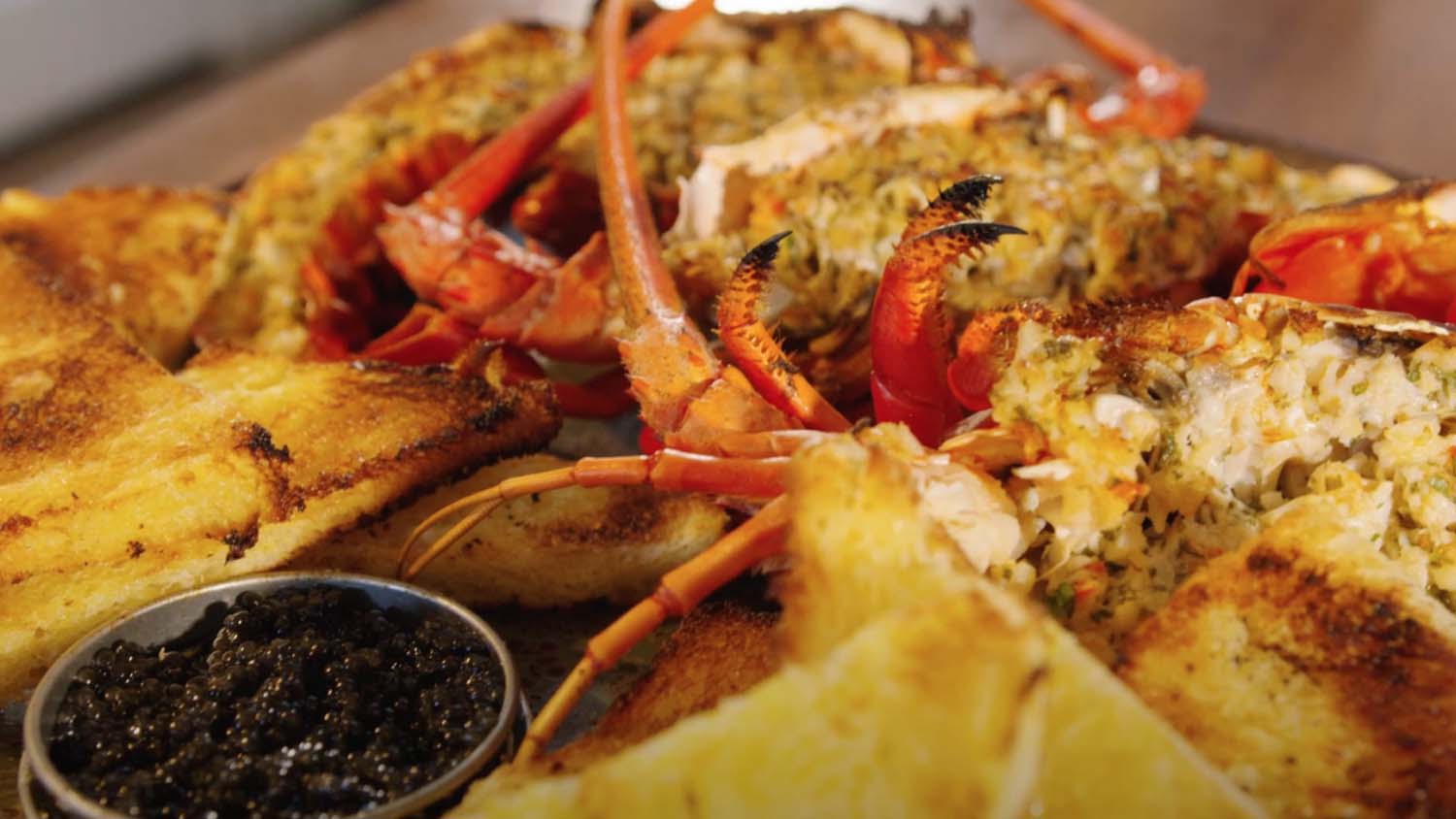 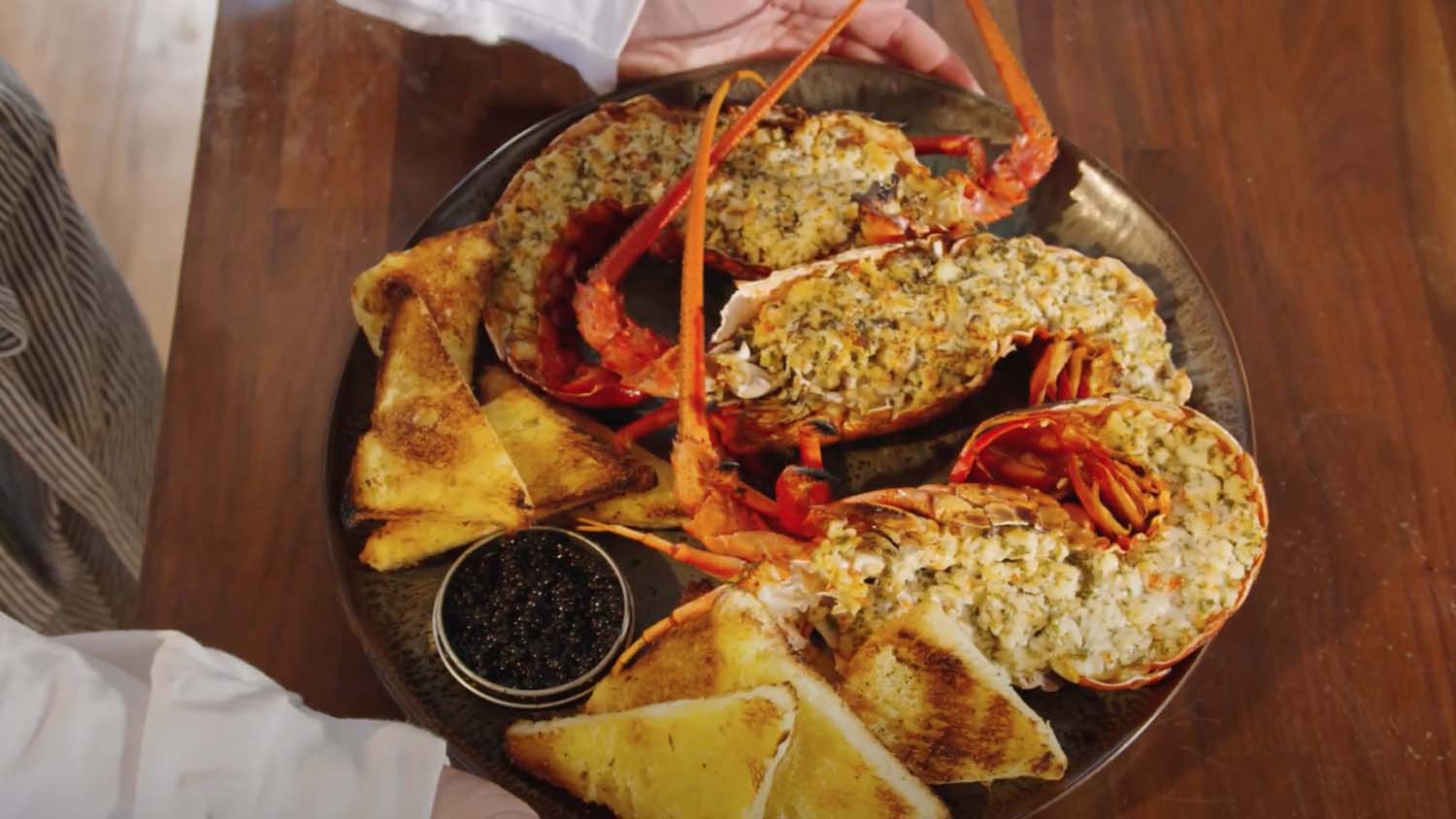 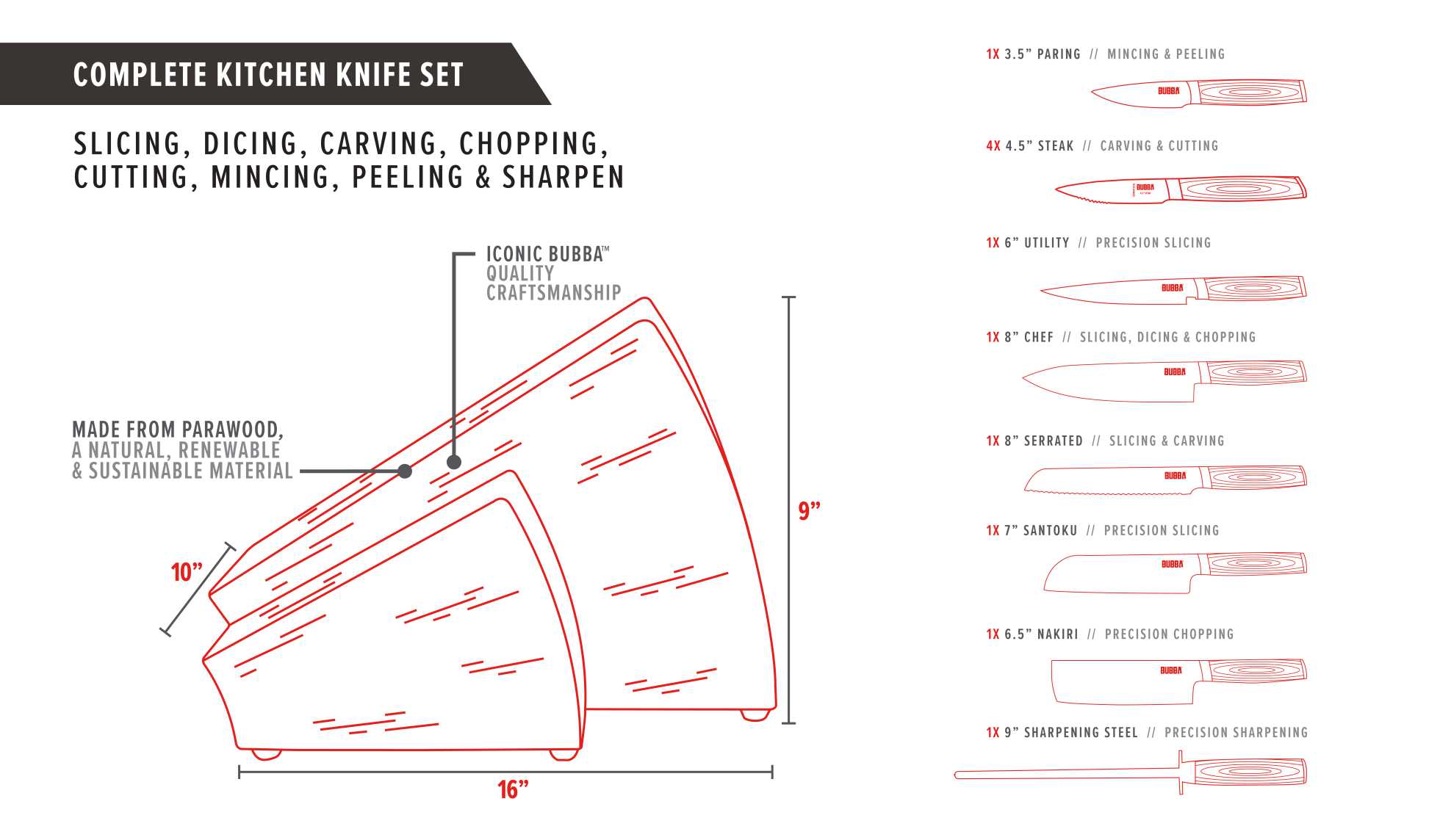 A special thank you to Tanner Saraspe and Nicole Litvack from Saraspe Seafoods for sharing their wealth of knowledge and recipes. To learn more about our local San Diego Fishery and Products visit: 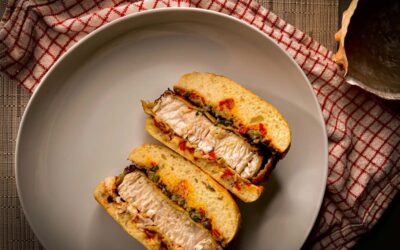 Fried Swordfish Sandwich with Pepper Mayo and Castelvetrano Olive Tapenade In partnership withWORDS BY MIKE MURCIANO, RECIPE BY TANNER SARASPE AND NICOLE LITVACKFor the Southern California Bight, Fall and the transition to Winter means the Holidays but for many of us... 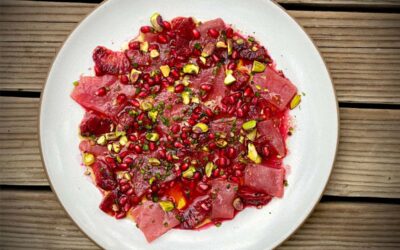 Tuna Crudo with Pomegranate and Blood OrangeIn partnership with WORDS BY MIKE MURCIANO, RECIPE BY TANNER SARASPE AND NICOLE LITVACKAs key species of gamefish in Southern California, Bluefin Tuna is at the top of our list especially around the Fall Holiday timing.  We... 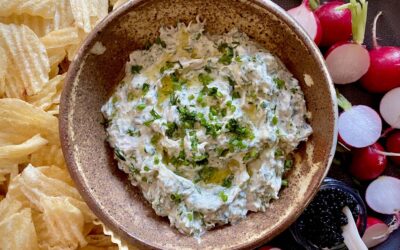 Fancy Canned / Jarred Tuna with Wavy Potato Chips and CaviarIn partnership with WORDS BY MIKE MURCIANO, RECIPE BY TANNER SARASPE AND NICOLE LITVACKLet's be honest, it can't all be Lobster and Swordfish, but there's some secrets in the most basic of ingredients that... 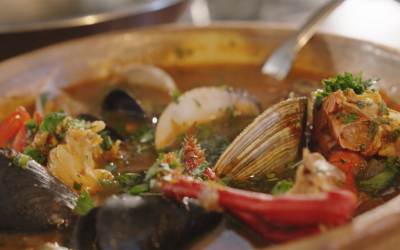 Grandpa Lauro's Cioppino In partnership with WORDS BY MIKE MURCIANO, RECIPE BY TANNER SARASPE AND NICOLE LITVACKAs a kid I worked at El Pescador Fish Market in La Jolla, CA, which is where I met Lauro Saraspe for the first time. Lauro would come in through the... 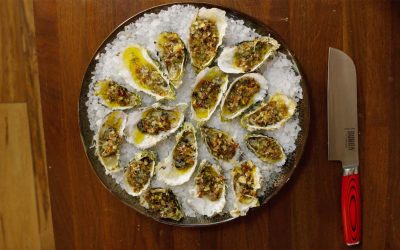 Baked or Grilled Oysters with Bacon Compound Butter. In partnership withWhen it comes to Holiday recipes I think we all look to get "wowed" in some fashion, whether that means robust smells and tastes, an assortment of textures or story the of the product from...