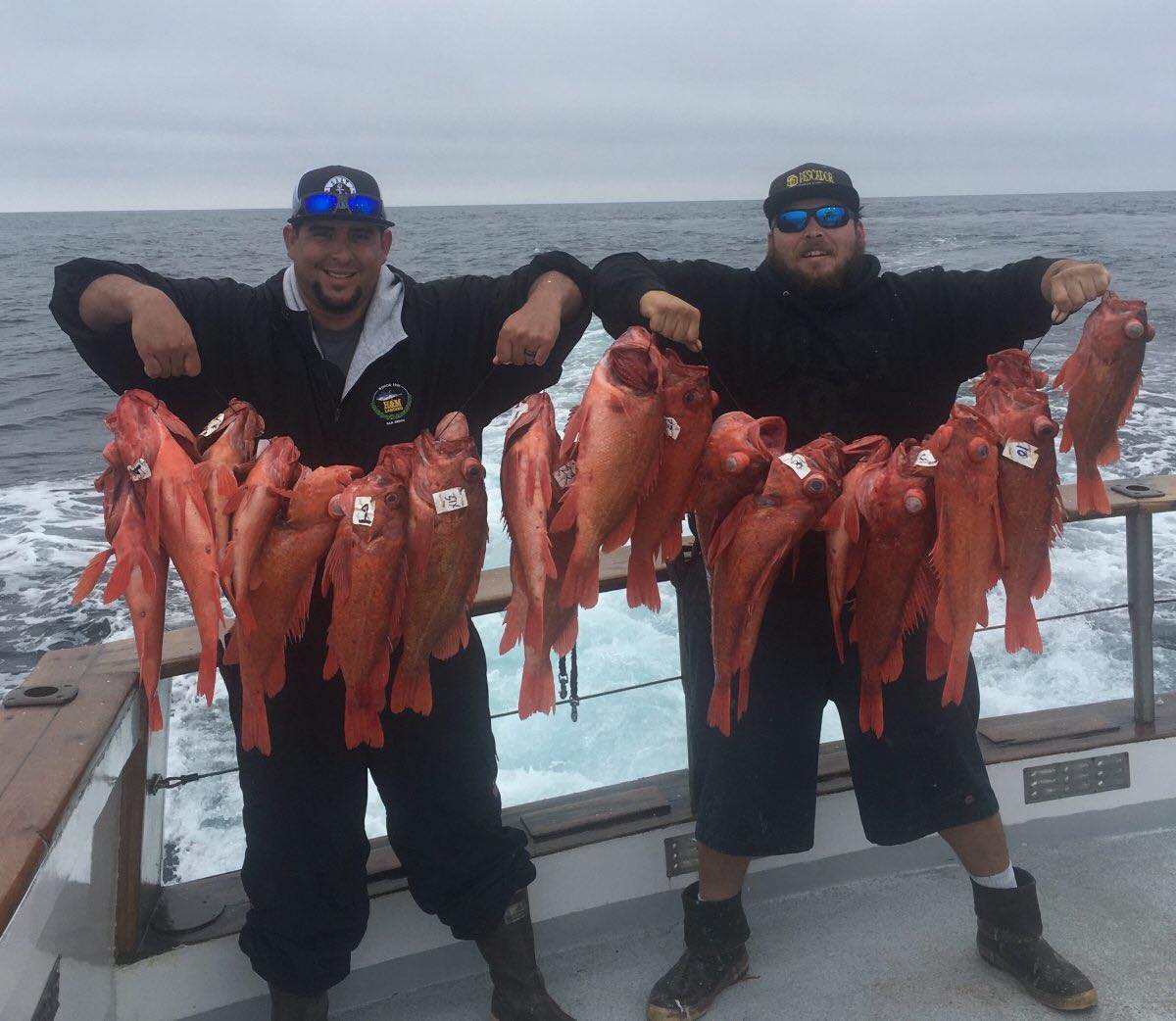 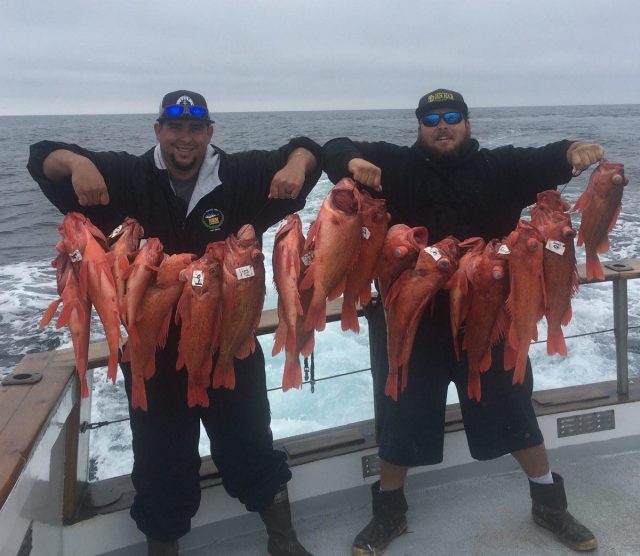 As expected, last weekend’s calm weather resulted in good winter fishing up and down the coast. The most interesting news was Saturday’s report from the captain of the Legend who reported finding a school of bluefin tuna on a 3/4-day offshore charter. The boat only landed a single 30-pound class fish but their success bodes well for another early offshore season.

Another indicator of an early season is the water temperature and quality in our local waters. I fished San Clemente Island on Sunday and found water as warm as 64-degrees between the islands and as high as 66 between Catalina and the mainland. While there probably aren’t any tuna up here yet, there’s plenty of bait in the area so the table is set and ready for early season dinner guests. 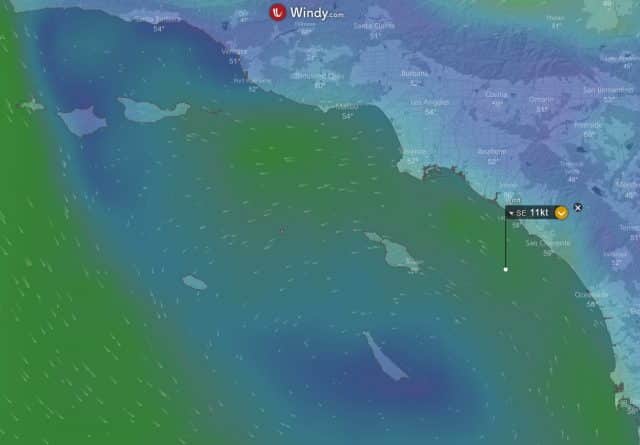 Before I get into what’s biting, I’d like to take a moment to discuss the weekend’s weather forecast. This Windy screen grab from Saturday morning shows that we’re going to have some wrap around wind from a bigger system that’s blowing out of the west. Although it’s only forecast for 11 knots, this wind is coming out of the worst possible direction from a fishing standpoint. Depending on where you’re fishing, 11 knots of south east wind can be enough to make it unfishable if you’re on a private boat. In other areas it will just make it miserable. If you’re a private boater I’d keep a very close eye on the forecast if you’re planning a trip. If it gets much past what the current forecast is, I’d just stay home. Sport boat anglers shouldn’t be significantly affected unless the forecast increases significantly. 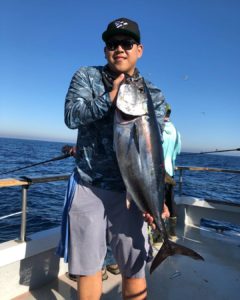 Let’s change things up by starting the report down south this week. The reds in the top photo as well as this bluefin tuna came aboard a 1 1/2-day trip aboard the New Lo-An over the weekend. The boat started the trip looking for yellows off Colonet and struck out but did manage to load up on rockfish. Once they’d limited out they ran outside and found a cooperative school of 20-30-pound bluefin tuna. While these aren’t the same grade of tuna that were around the last few weeks, they’re close enough to the beach that boats can target inshore and offshore on the same trip. This cuts down on the chances of your trip turning into a 1 1/2-day boat ride if the tuna go missing.  There are several San Diego based boats with trips online this weekend and the weather looks fishable. If you are jumping on one of those trips make sure and bring at least one heavy set up in case you do run into the big bluefin. 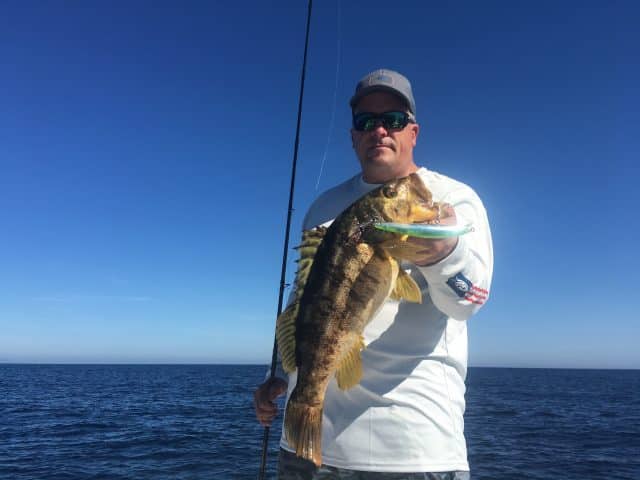 As I mentioned earlier, I fished San Clemente Island on Sunday. The water conditions looked great along the entire backside of the island but it was devoid of biting fish. We finally found wide open bass fishing in Northwest Harbor at the end of the day. You can read my full report here. I fished Palos Verdes on Tuesday afternoon and found 62 to 63-degree water with good uphill across the entire peninsula. I found a lot of kelp beds that looked primed to bite but only had one follower for three hours of throwing the weedless. My friend Captain Gerry Mahieu fished Catalina on Wednesday and reported good hard bait fishing tight to the backside of the island. The half day fleet has been catching mostly sculpin and sand bass and that will continue to be their focus until rockfish reopen on March 1st. Good luck this weekend and remember to check the weather forecast!