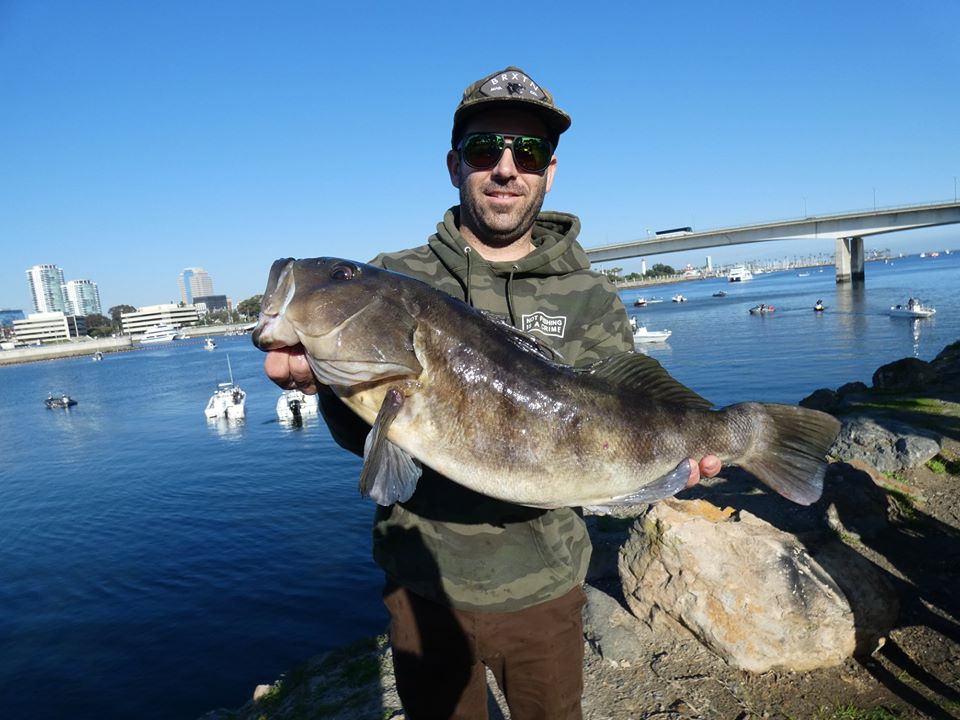 It’s been another good, if unexciting week of fishing in Southern California. The bass are biting for private boaters and the sport boats that have been running continue to load up on sculpin and bass. And with good weather in the weekend forecast, I don’t expect much changing for the worse over the next few days.

The big sand bass at the top of this article weighed in at 7-pounds and was caught by Justin Hugron during last Saturday’s SBS tournament in Long Beach harbor. With 58 teams fishing the bass bite in the harbor got a lot of coverage and teams had mixed results. Jimmy Decker and I had good to wide open fishing on smaller bass along several stretches of rip rap as well as along some inner harbor pilings but our entire five fish bag weighed about the same as that sand bass that Justin is holding up in the pic. While that type of fishing isn’t what anyone looks for on tournament day, there is some fun bass fishing to be had in the harbor right now. As always the key to finding bites is finding current that’s running parallel to rip rap and bait schools pushed up against it. Find those two things together and you’ll usually find biting fish. 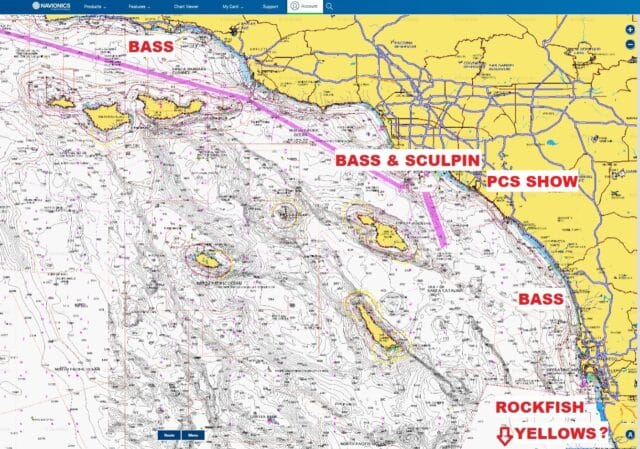 This week’s Navionics Chart continues to tell the same story it has been for several weeks now. The bass are biting along the coast from above Santa Barbara to below the Mexican border. The sport boats continue to target them around wrecks and reefs and all of the bites are coming on the leadhead and squid. Private boaters are catching bass on the same stuff that private boaters catch bass on year round and while the water temps are low, they’ve been stable enough that you don’t need to fish deep to get bites. I haven’t been up that way lately, but I’d be willing to bet that you could go up to PV and catch some calicos on the weedless on a sunny afternoon right now. Just because it’s winter doesn’t mean you need to drag baits along on the bottom to get bit. 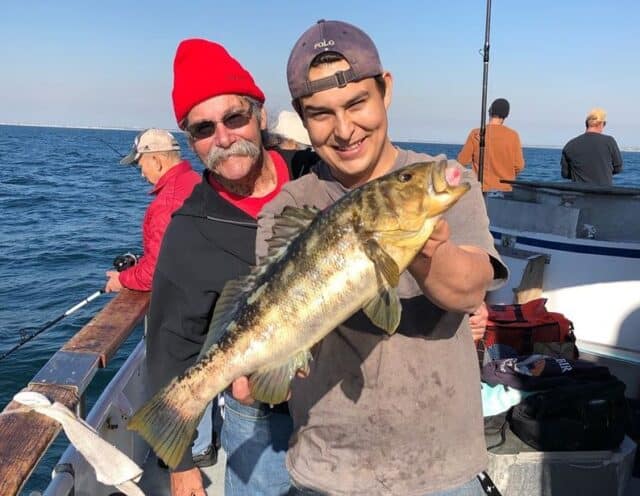 Last week’s trips to Colonet mostly struck out on the yellowtail but they did see uncooperative fish on the meter down that way. The good news for those of you headed down that way this weekend is that the bite can only get better as we come off last weekend’s full moon. Despite the slow yellowtail fishing, all of the trips loaded up on quality rockfish, so no one went home sad. 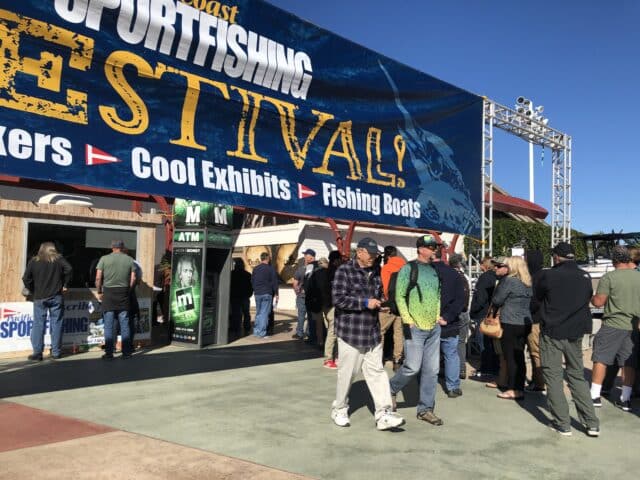 If you aren’t fishing this weekend, I highly recommend coming by the Pacific Coast Sportfishing Festival that’s running Friday through Sunday. I’m going to be doing seminars there each day. On Friday Jimmy Decker and I are going to be doing one focusing on bass fishing and another that about reading coastal conditions on your own boat. On Saturday and Sunday Decker and I will join Billy Keleman to tackle bluefin tuna fishing. There will also be seminars on deep drop swordfishing by a few of the guys who have been regularly catching them, so if you’ve been struggling like I have, you’re not going to want to miss it. Good luck if you’re fishing this weekend and if you see me at the show, stop by and say hello!