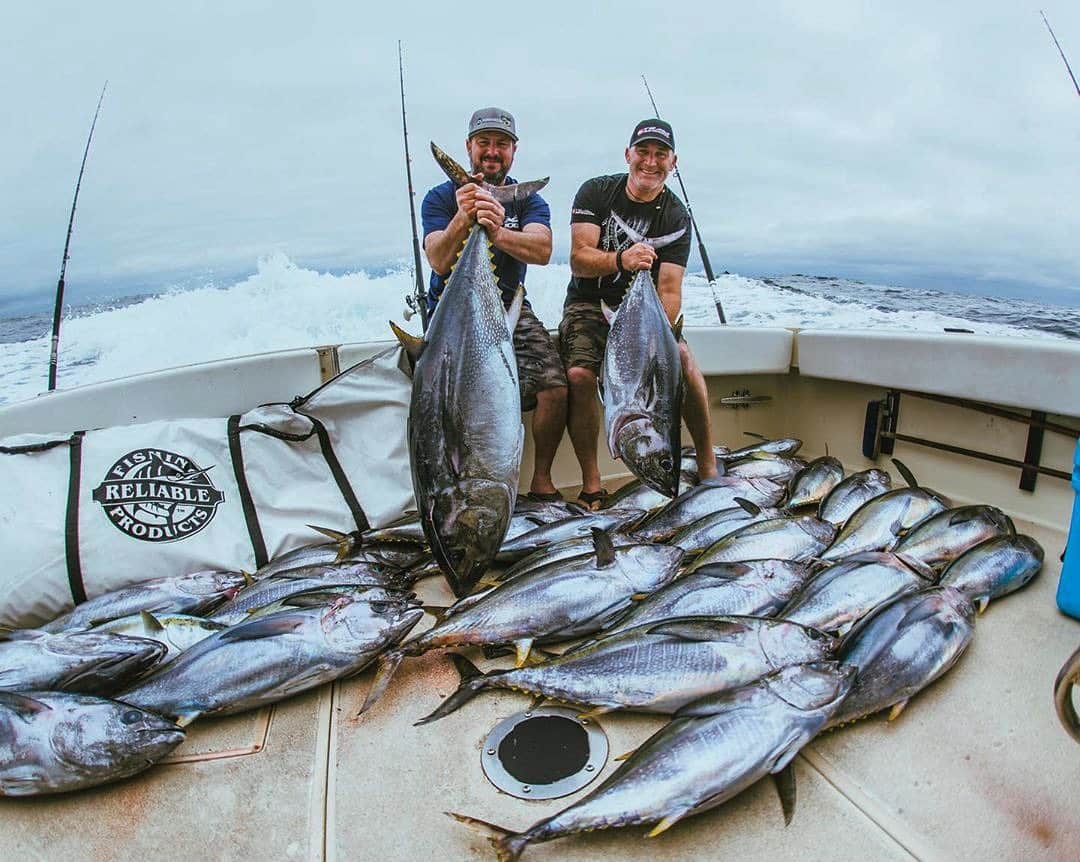 It’s been another week of good fishing in Southern California. While there’s not much new to report, the fishing is good enough that steady fishing and cooperative weather is really all we can ask for. The good news for private boaters is that we’ve got calm winds forecast throughout the entire SoCal Bight all weekend and into next week, so you can pretty much fish wherever you’d like without worrying about the weather. Speaking of fishing anywhere you’d like, let’s take a look at this week’s Navionics Chart to check our options.

Starting up north, the seabass and yellows are still biting for boats fishing Santa Rosa and Santa Cruz Islands. The fish at Rosa are keyed in on the squid that is currently spawning at the island, while the fish at Santa Cruz are feeding on red crabs meaning the red tube baits are still the hot ticket. The seabass bite isn’t wide open by any stretch of the imagination and more guys are missing than hitting. There is also a ton of boat pressure at Santa Cruz and commercial gill nets stretched across some of the prime spots. I know that it’s sometimes tough to do, but I highly recommend driving away from the fleet even if you see fish being caught. The boats catching those fish were likely doing so before the fleet formed around them and most of the boats that came later just aren’t going to get bit. If you want to catch fish your best bet is to drive away and look a spot of fish you can have to yourself.

Heading back to the coast, the calico and sand bass are biting for private boaters pretty much everywhere from Santa Barbara to San Diego but you’re going to need to look for conditions to find them. I fished Palos Verdes on Wednesday afternoon and took a look at everything from Point Fermin to Torrance Beach. While the water temperatures were a stead 66 to 67-degrees everywhere I went, with dirty water across much of the peninsula, finding downhill current and clean water were the keys to getting bit. If you’re fishing bass anywhere along the coast right now and they’re not biting, keep driving until you find different conditions and give it another try. Once you find biting fish, just look for other areas with similar conditions and you’ll probably find more.

Getting back to the islands, the yellows are still biting at both Catalina and San Clemente islands, but the bite hasn’t been all that great or consistent despite sport boat captains reporting seeing lots of fish at both islands. This slowdown might be due to the tides associated with the full moon we’re coming off or the fish might just not be biting. Whatever the case, there’s enough yellows around that once they do start biting, it should be pretty good fishing.

There are some yellowtail biting at the Coronado Islands again but there are a lot more barracuda and bonito biting than there are yellows. With all of the yellows being seen on paddies and in open water below and outside the islands, I’d imagine that more will continue to filter in if conditions hold up. If you’re fishing the BD Yellowtail Shootout this weekend I think your best shot at big fish may be to make a run to Catalina or Clemente but your best odds of catching fish will be at the Coronados or on the local San Diego Banks.

Finally, the bluefin and yellowfin are still biting for the full day, overnight and 1 1/2-day trips. The bluefin fishing has been really hit and miss lately but as of the time of this writing on Thursday morning, it sounds like the fish are biting again so I’ll keep my fingers crossed that will continue through the weekend. As with the seabass up north, if you’re a private boater your best bet of catching these fish is to fish where other boats aren’t.

If I were heading out, I’d check fishdope to get an idea of where the fish bit yesterday, then take a look at the SST and Chloro in that area and use that information to look for similar water somewhere that they didn’t catch fish the day before and go looking for where they’re going to bite today instead of running to the gang bang at yesterday’s hot spot. If you find an area with signs of life, monitor the zone until the slack tide and you’ll have a good shot at seeing some foamers to cast your lure at.

Good luck wherever you fish this weekend!