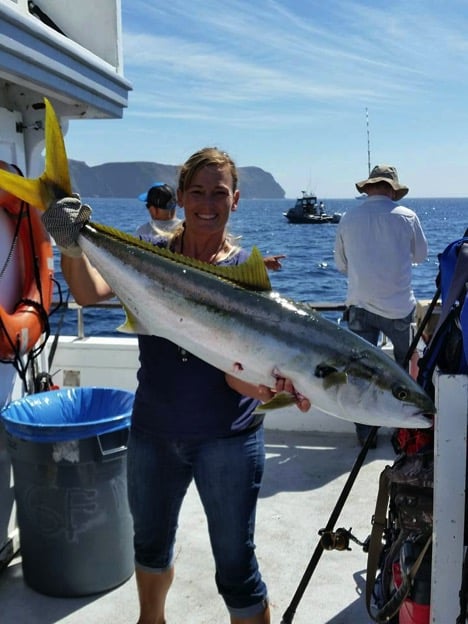 Sunday morning, Captain Jeffrey Markland of Thunderbird Sportfishing stated in frustration, “This is the year of the skiff.” He was still getting over a tough Day 1 of a 2.5 day charter that saw his boat struggle to get bit, while the radio chatter among the skiffs was jubilant.

That afternoon, Captain Steve Kugler of Commander Sportfishing was lamenting the previous day’s trip and contemplating a career change.

On the tuna front, Saturday’s report mostly sucked for the sporties. I want to make two comments. Number one, the fact that these two captains would be second guessing themselves after one bad day, only goes to show how much they care that you have a good time and catch fish when you go on their boat. Secondly, I understand that if you happen to be an angler on a bad trip, you’re not happy. Keep in mind comment number one.

It’s rare that I’ve been on a boat and felt like a captain mailed it in.

The vast majority of times, they are out there trying as hard as they can to show you a good time. I can’t tell you how many times I’ve been on a boat where one last stop at the end of the day saved the trip. Did anything change for the trip other than the fish decided to bite at that last stop? Think about it.

There were some exceptions on Saturday. One of them was the day Captain Adam Williams put together on Eclipse Sportfishing. On Day 1 of a 2.5 day trip, they got 110 mixed fish that included 90 yellowfin tuna. They headed north from Seaforth Landing and fished the area off North County San Diego. The tuna mostly cooperated on Sunday, so there is no indication to me that Saturday was anything more than a blip in the season. On the yellowtail front, it was good for the northern landings. All the boats fishing that 105 to 150 area continued to catch fish. It was crowded out there. Lots of sportboats. Lots of privates. Lots of anglers on the boats. It can be frustrating, but opportunities were there if you braved the crowd. Ray Mesina (pictured above with crewmember Axel Enriquez) scored this nice one Sunday on Spitfire Sportfishing. A better bet may have been in the Channel Islands. The yellows bit on all range of trips from halfies to overnight. There’s a volume of fish all over the place up there. To me, it’s a great day to have a shot at yellows and also bring home some tasty bottom species. That’s the kind of opportunity available up north in the 805 right now.

Lots of season left in one of the best seasons we may see in a long time. Get out and enjoy it!