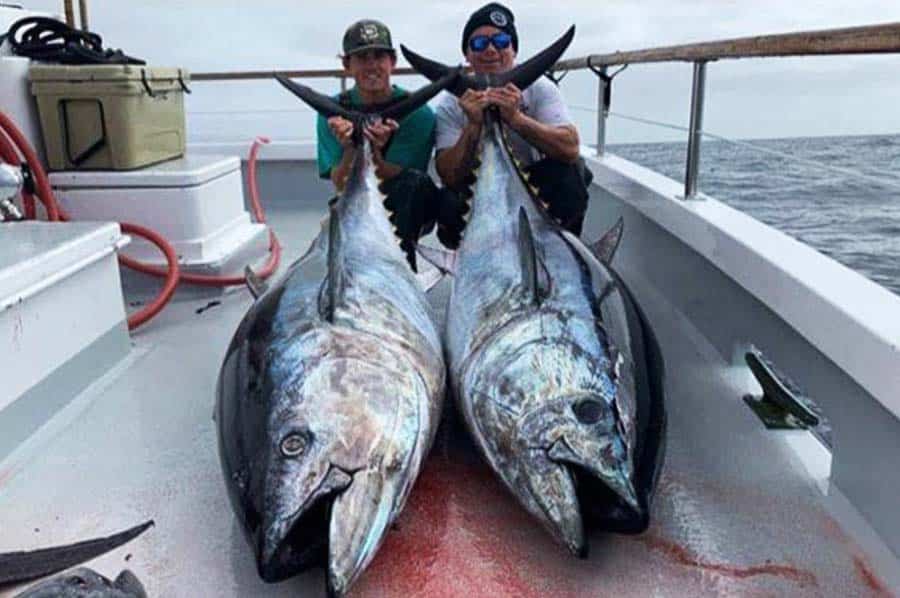 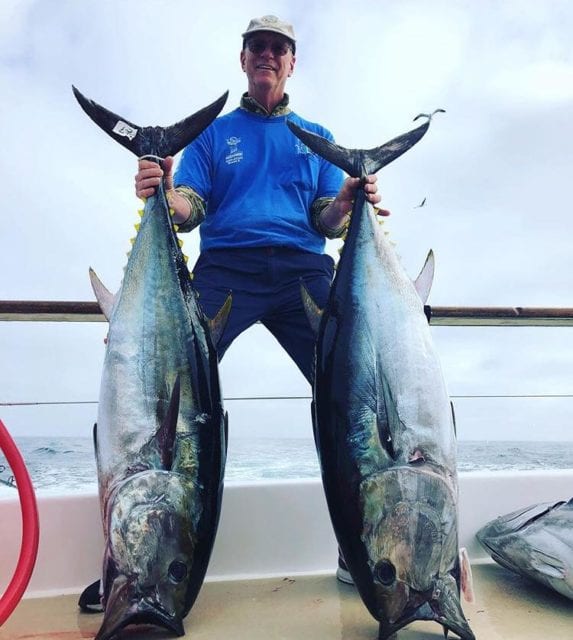 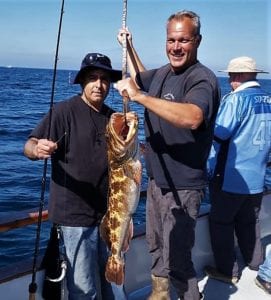 Typically, this time of year, it’s time to move on from offshore fishing.  When there’s a chill in the morning air, and we turn back our clocks, it’s time to change things up and get back to rockfishing.  My annual Ling-A-Palooza trip is coming up at the end of the month.  My plan for the month was to get up to the Channel Islands, ride with Capt. Steve Virtue on the Pacific Islander and pre-fish my end of the month trip so I can get the inside dope on what’s working this year for big lingcod.

Now I’m thinking I might just have to get in one more tuna outing.

Last Tuesday (October 29th), I rode with Capt. Jeff Walker on the Native Sun.  You’ll recall from last week’s article that Jeff was in the thick of the local tuna that was getting caught by some of the boats out of the Los Angeles county based landings.  We got out with a fairly light load.  We had good bait.  We found a couple of schools of fish.  But at the end of the day, we had nothing to show for our efforts.  Jeff and his crew worked hard all day to give us an opportunity, but it just didn’t work out.  That’s just how it goes sometimes.

The following day, it was really windy, and a majority of boats didn’t even get out.  I figured that was probably going to be it.

But on Halloween, they were right back on it and continued to find tuna through the weekend.

Down the coast, the full day boats out of San Diego caught tuna as well.  The picture above was from Sunday’s trip aboard the San Diego where they managed to boat 8 bluefin over 100-pounds.  One lucky angler (top) took home a HUGE limit managing to get two of the biggies. 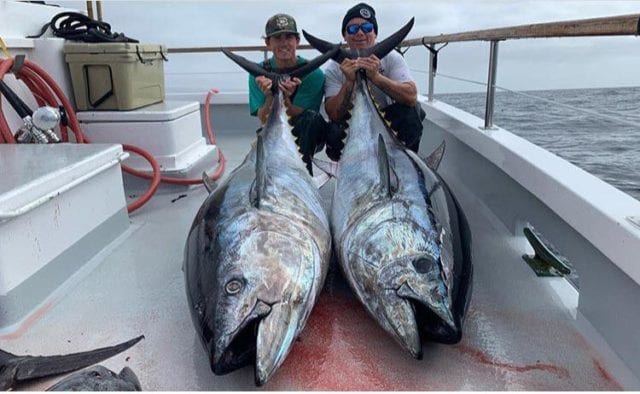 But perhaps the biggest tuna related story of the week was the JUMBOS getting caught in cow town.  The New Lo-An managed to wrangle two super cows (above).  These monsters taped out at 300 and 310.  And not to be outdone, the Thunderbird chipped in with a super cow of their own that taped out at 313 (right)!

Those catchable yellowfin are still in play.  There is still the opportunity to catch them on the full day San Diego boats (as well as some LA boats as previously mentioned).  If you go on a 1.5 day trip or longer, the opportunity to double dip is absolutely still in play.   The trick is to get lucky enough to get into a biting school of yellowfin early, potentially leaving enough time to target the big bluefin trophies.

Two good friends of mine, Kelly and Nollie Castaneda (below) were on the Tribute over the weekend for a day and a half trip and got in on some nice yellowfin, while the boat managed to add some bluefin to their final count. 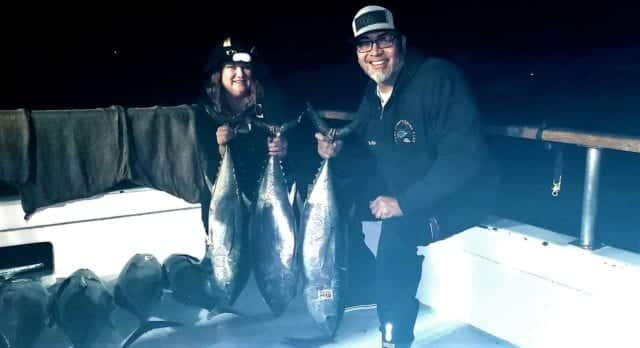 It’s pretty remarkable that this late in the season, there are multiple tuna catching opportunities available to Southern California anglers.  The ironic thing about it is that a lot of these trips are going out really light.  Maybe anglers are under the impression that the offshore bite is over, but as last week proved, that is clearly not the case.

I’m excited to switch things up and go do some bottom oriented fishing, but it’s not quite time to hang up the offshore gear.  Either way you decide to go, there’s plenty of good fishing still to be had.