I’m sure that some of you might be getting tired of reading all of the tournament related columns I’ve been writing of late; but I promise that if you’ll bear with me through yet another one, you might just pick up a few tidbits of info that will give you an edge on your next non-tournament fishing trip. That being said, I want to explain my reasoning behind constantly referring to tournaments when discussing fishing strategies. It’s simple, when fishing a tournament you have to catch fish, regardless of the conditions or whether or not the fish you’re on are biting. Add to that the benefit (or insult) of having your results measured directly against a bunch of other anglers who were fishing in the same waters and you can get a pretty good reading on the strength of your strategy and on the water decision making skills. 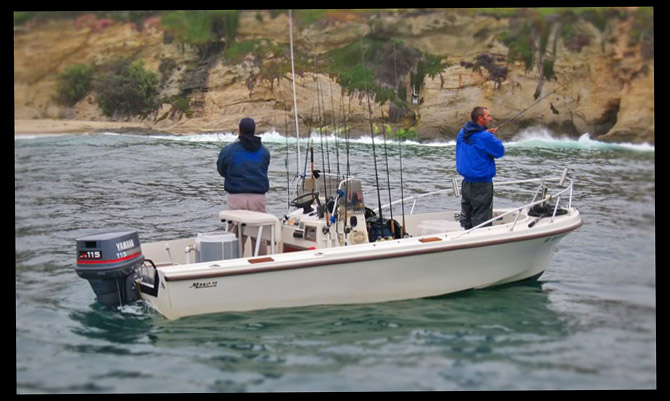 My tournament partner Matt Kotch and I had both our strategy and our decision making skills tested in last weekend’s SWBA tournament in Dana Point. The playing field for this event was the forty some odd miles of water that lie between the Corona Del Mar Jetty and the Swami’s MLPA and a format allowing teams eight hours to catch five bass larger than 14.25-inches. Sounds pretty easy right? Forty miles of prime habitat, eight hours of fishing time and all you have to catch is five keeper bass. Well, as is often the case when you “have to” catch fish, it wasn’t as easy as it looked on paper. 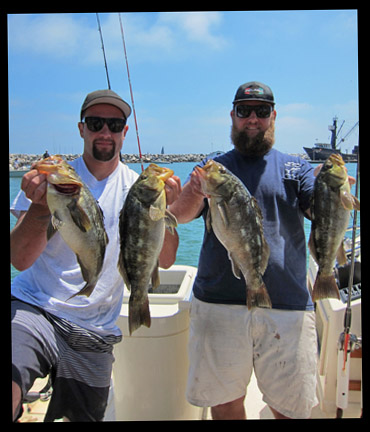 As usual, we spent quite a bit of time looking around before the tournament and had developed a fairly strong game plan, with several spots near Dana Point producing 10-12 lb limits. But bad weather on our last day of pre-fishing prevented us from making a longer run south and we were left with a gaping ten-mile long hole in our strategy, that we could only hope wouldn’t come back and bite us in the ass on tournament day. Going into the event, we knew that our spots didn’t hold tournament-winning bags, but we figured if we put a quick limit in the boat we could spend the rest of the day looking to upgrade.

Flash forward to 10:00 AM on tournament day and with four hours gone, we’d exhausted not only our go-to spots, but also our second tier spots and even our Hail Mary spots –and we had zero fish to show for it. To make matters worse, we found ourselves facing that ten-mile abyss of waters that neither of us had fished in recent years. It was a risk that I’d rather not have taken, but knowing that there was nothing worth running back to, I broke one of my cardinal rules and ventured into the unknown on tournament day.

It would be great if I could tell you we found the magic kelp bed that kicked out a winning bag of calicos, but sadly we didn’t. 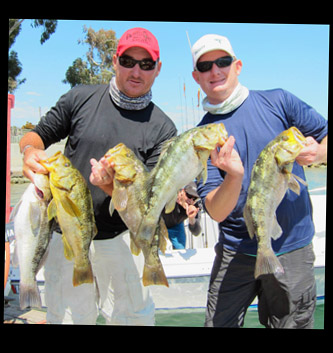 In fact, the tiny 8.29 lb limit that we did catch late in the day landed us squarely in 23rd place. Despite that, we couldn’t help but come away from this one feeling like winners. Because on tournament day, you aren’t really competing against the other teams -you’re actually competing against yourself and your ability to execute your strategy on game day regardless of what conditions get thrown your way.

So, rather than focus on the intricacies of our mediocre day, I’d like to focus on our strategy and the adjustments we made to it throughout the day. Hopefully, this will give you something to fall back on next time you’re on the water and find that you’ve exhausted your go-to spots and are left facing that dreaded question mark.

It’s always important to develop your fishing strategy based on the best available information. In our case, we’d spent three days pre-fishing the waters around Dana Point and had determined there were fish to be caught on at least three spots. At the same time, we’d also figured out the depth and structure type that was holding fish, which added several similar spots as viable tournament day options even though they hadn’t bit in practice. It’s important to keep track of the spots that didn’t bite as well as the ones that did, because the next time you’re on the water those biting fish may have relocated to one of the spots that didn’t previously bite for you.

Included in your strategy should be a schedule for when and why each of those spots should bite. The first spot we fished on tournament day was a hard bottom area with kelp. In practice we’d only caught fish there very early in the morning and on a slack low tide. Based on that, the fish should have been biting from the moment we arrived on tournament morning and since they weren’t, it was an easy call to leave there after only a few casts. The question that you should be asking yourself every time you’re catching fish is, “why are these fish biting?” And the answer should include information regarding; light conditions, tidal cycle, lunar stage (especially early in the morning), forage and water conditions.

Speaking of conditions, always and I mean ALWAYS pay extremely close attention to what the water looks like when you’re catching fish. Things to watch for are water temps, current and clarity. During the tournament, the fish we did catch came from several different spots, but the one thing all of them had in common was that they had downhill current and stained but clear water. There wasn’t a lot of stained water with current to be found on tournament day, but every spot in the kelp that had it produced biting fish.

So, you had a good game plan set up but for whatever reason it didn’t pan out. Rather than throw in the towel and chalk it up to the fish not biting, just take what you already figured out and try it in a different zone –that’s exactly what we did on tournament day. Sure, we were going in to a new area blind, but when it comes to fishing “going in blind” is kind of subjective. After all, we’d already established the types of structure that had produced fish, the timing involved in getting bites and the conditions that where the most likely to aggregate feeding fish. So all we really did on tournament day was venture into new waters and apply the same principles that we’d established when devising our original strategy.

The most important thing to remember is to keep it simple. Fish act like fish, regardless of whether or not you’ve fished for them in a particular area. So focus on the “how and why” of them biting and let the “where” be wherever you end up fishing…