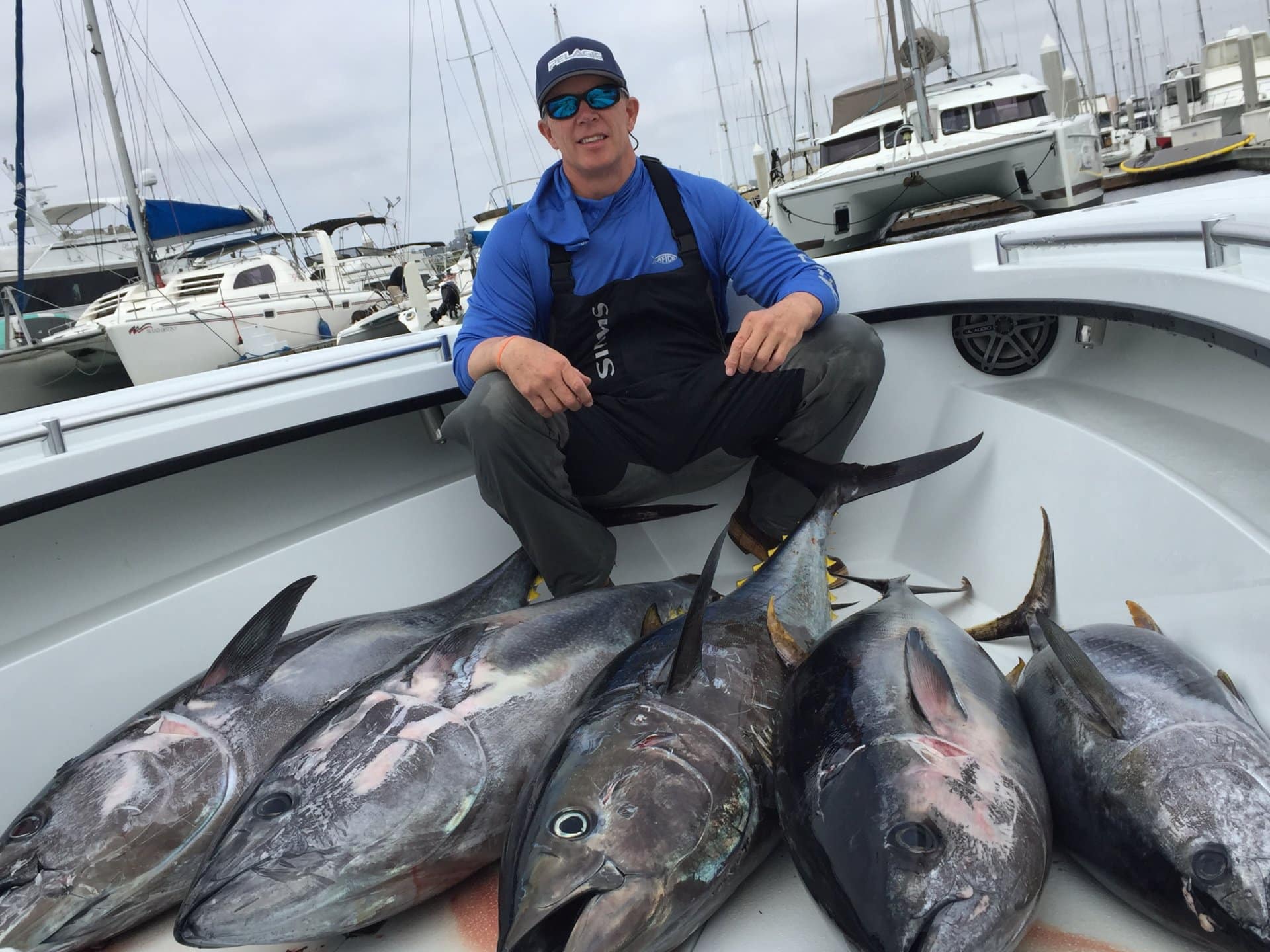 Just about every sport boat captain that’s been fishing offshore this week has made the same report. “Not catching much but seeing lots and lots of fish.” What they’re not saying is that if these fish do decide to bite, things are going to be insane.

I think that Captain Ryan Bostian of the San Diego summed it up best last week when he cautioned anglers to be ready to target fish from 4 to 200-pounds on any given day. While that may sound outrageous, on a recent trip aboard his boat, anglers caught everything from tiny kelp paddy yellows to a bluefin tuna that weighed 177-pounds. 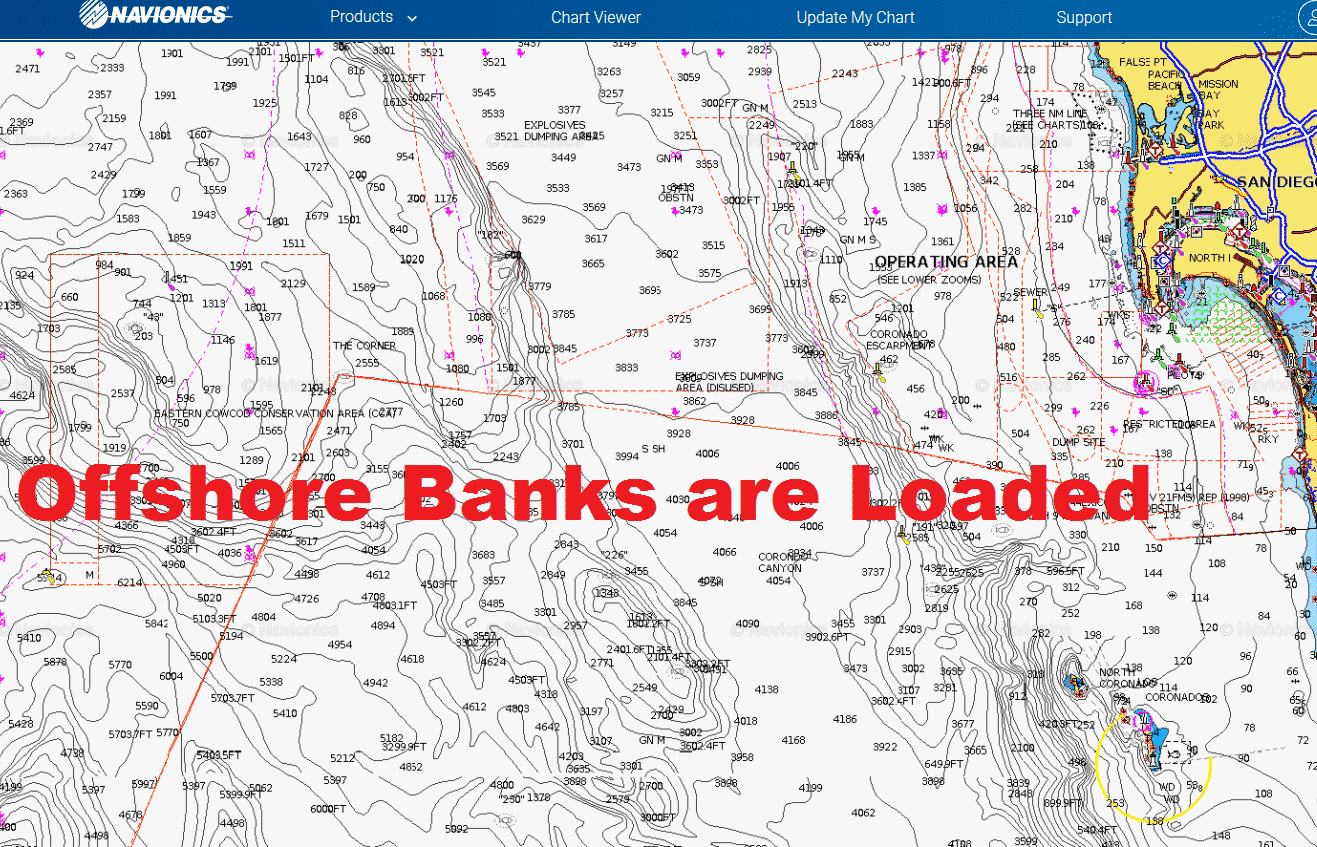 If you’re a fishdope member you’ve already seen the spread of fish off our coast and if you’re not you may want to join just to stay up to date. The question is, why aren’t these fish biting and when will they start? I’m no expert, but this season is looking a lot like the fish looked early season in 2015 and not so much in 2016. 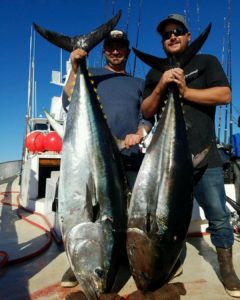 It appears that there are big schools of fish happily feeding on the even bigger schools of bait that are all over our offshore banks and something is going to have to change to break this pattern. For good or bad, a big change is coming on Wednesday when the moon gets full. The last couple years being as unique as they were, there really isn’t much precedent to rely on regarding fish behavior, but the full moon has meant good fishing more often than not during that time. There’s no guarantee the fish will bite on the full moon or before or after it. They may be biting as I write this or they may not bite at all but the only way you’re going to get a shot at one of these trophies is to roll the dice and get on the water. Sport boats are getting out light because the fishing is tough and my advice is to take advantage of that. If you wait until the fish are biting it’s going to be elbow to elbow at the rail.

Private boaters have much better options right now, or at least the ones willing to drive away from the sport boat gang bangs do. The photo at the top of this column is of BD member Tapout who along with his son absolutely crushed the big bluefin and yellowfin on Monday. You can read his full report here. My advice to private boaters is to get out in the general area that the fish have been biting and look for some water of your own away from the fleet. If you find an area with birds and bait that just feels fishy, wait it out until the high or low slack tide and if there are any tuna around they’re going to come up and make their presence known. If you can get on the right bunch it sounds like they’ll eat poppers and jigs just fine. If you want a shot at one of the jumbos, you can troll the yummy flier on the kite all day but it’s boring as hell when the fish aren’t biting. If you’re ADD like me, I’d suggest avoiding the kite altogether. 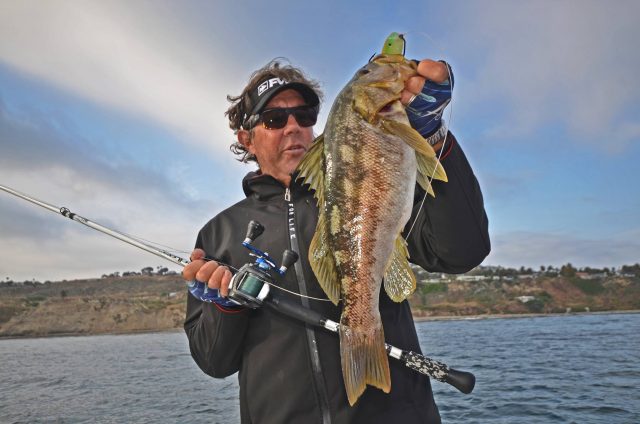 For those of you not looking to fish tuna, the islands are still kicking out some yellowtail but the action has slowed a bit since last week. Most of the sport boats fishing the coast are still in rockfish mode but that’s not indicative of what there is to catch for private boaters. The water along the beach is clean and warm in many areas and the calicos have been biting pretty well. I fished Palos Verdes four times in the last week and the fish are biting like it’s summer time. With light afternoon winds in the forecast I highly recommend doing an afternoon trip as the bass are biting better once the marine layer burns off.