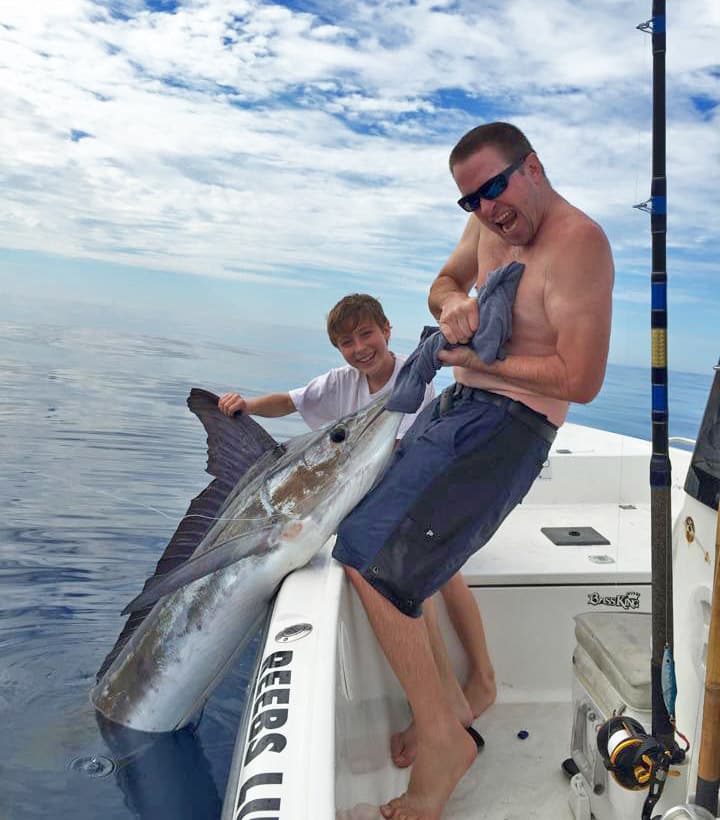 When I started this position, the idea was the Tuesday articles would be recaps of the weekend’s fishing reports. The Friday articles would give you some ideas on where to go fishing on the weekend.   This plan kind of went out the door pretty quickly as this crazy season has progressed. As the season developed, it got to the point where if you didn’t already have a ticket heading into the weekend, you were listening to fishing radio, watching fishing tv, and wishing you were on the water.

Now that we’ve officially entered the fall season, I figured with the kids back in school and summer tourists gone home things might lighten up on the boats a little. In reality…not so much. The good news is that this amazing season continues pressing on.

If anything, the fishing actually seems to be getting better?

I wrote my Marlin Madness article a couple weeks ago. These fish have been cooperating and are showing up literally EVERYWHERE. After I wrote that piece, I was up fishing on the Island Spirit by Anacapa Island and we saw a jumper while yellowtail fishing. My colleague Erik Landesfeind was fishing with Capt. Jimmy Decker. (who was a major contributor to that article) They were out at Anacapa Island fishing aboard the Good Karma for the Balboa Angling Club Master Angler Billfish Tournament last weekend. Good karma for them indeed, as they caught four fish during the two-day tournament.

Further south, off Oceanside, Mike Ryba of Reeb’s Lures was out with his son Christian on Saturday. A striped marlin came up and bit Christian’s live mackerel and it was game on. The father/son duo tag teamed the fish to get it in on 30-pound line for a successful release.

Much further south in Mexican waters, Capt. Mark Gillette was driving his boat the Eclipse on an overnight trip. A marlin bit the jig on the troll. While that fish was on the line, a second fish hooked up on bait! Mark told me it was the first time in over 20 years working on the water he’d ever seen 2 marlin get hooked up and landed on a single stop!

On the wahoo front, things seem to be accelerating as well. Last weekend, my buddy DJ Latona was on his 2-day charter aboard The Chief, piloted by Capt. Chris Randel. On the first day of the trip, DJ hooked up a hoo fishing a wahoo bomb on his Shimano Torium 16 / Seeker 6480 combo on 40-pound.   They were fishing over a 100 miles deep into Mexican waters. Fall is wahoo season, so it bodes well that we’ll see even more of these fish coming into our waters the next few months.

Closer to home for now, the Helena, out of Dana Wharf Sportfishing, had a double wahoo score yesterday (Thursday). The boats were ordered out of the marina by 3am because of the tsunami warning due to the major earthquake in Chile. Since they were on the water anyway, the crew decided to do a little fishing. They made good use of the time as shown below with Capt. Calvin Cooper and crewmember TJ Dodge showing off the first local multi-hoo catch I’ve ever seen.

Meanwhile, with the “normal” fare of bluefin, yellowfin and dorado, several boats reported quick limits this week. Local yellowtail are being caught along the entire coast and the islands, even as far as SEA Landing in Santa Barbara! I’ve said it before and it’s probably starting to sound like a broken record, but it’s really good. Make the most of it.