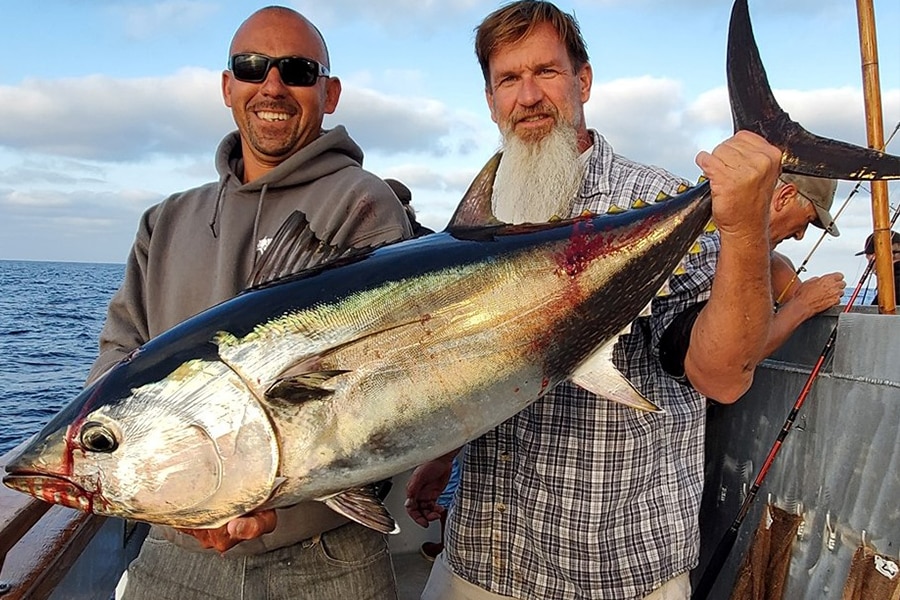 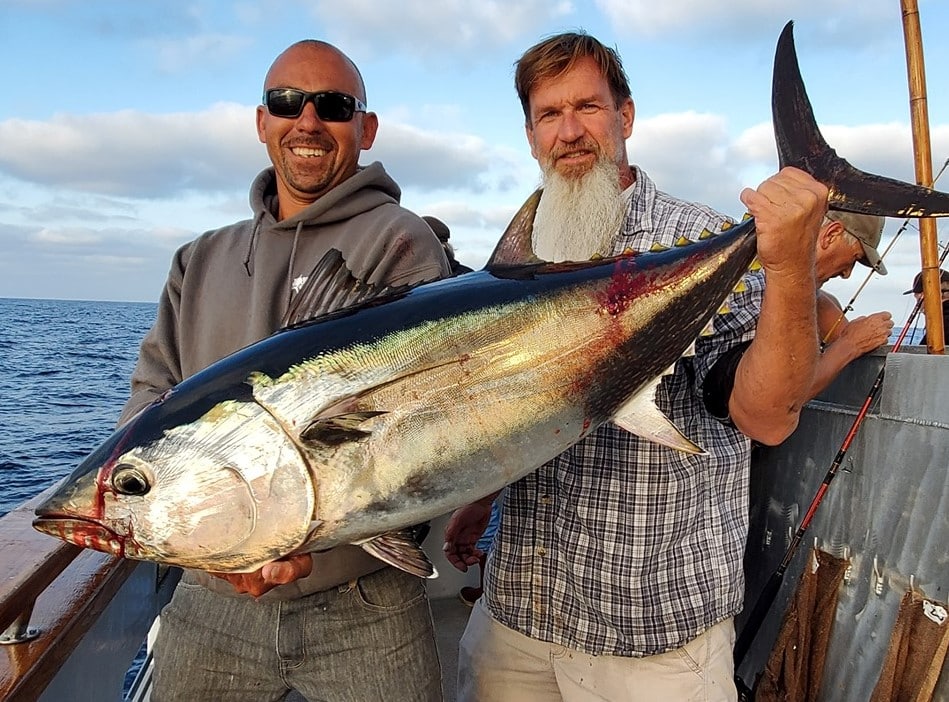 If you read last week’s column, you may remember me taking a pass on the Monday morning call I got from Decker with an invite to go catch some local bluefin. Well, that call came again this week and I had to take another pass because I couldn’t get down to Newport in time for his 1:00 p.m. departure. As was the case last week, within an hour of his launching, I got the text “got one” and this one was even closer to home than last Monday’s fish. Decker decided to call it with one in the box at 3:00 p.m. because he had to go to work pumping concrete at 11:00 that night.

After three straight days of fishing, followed by a long night of hard labor, I was surprised to hear my phone ringing at 5:30 a.m. the next morning. “I can’t decide if I should have a cocktail and go to bed or hook up the boat and go fishing” Decker said when I answered the phone. I suggested he do the former and get some sleep before doing an afternoon trip. Decker woke up at noon and he, Matt Kotch and I were on our way out of the harbor by 1:30 p.m. We headed up to the site of the previous day’s fish, only three miles from the harbor, and almost in the exact same area that these fish first showed up on the coast ten months ago. The giant schools of anchovies that had attracted the fish were still there and a buddy of Decker’s had hooked and lost one in that zone just before we got out, but it looked generally unfishy and the wind was blowing way harder than forecast.

The smart thing to do given the freshening wind would have been to make the three mile run back to the harbor and have an early cocktail. In our infinite wisdom, we determined that it would be a better idea to beat our brains out and almost drown ourselves while running out to the 14 (for nothing) and then pound downhill to the 267 (also for nothing) before taking it on the chin for 17 miles on the way back to the harbor. I still had a fun afternoon with good friends and lots of laughs. As it seems that the local bluefin are only biting on Monday afternoons this month, I have cleared out my schedule and will be awaiting Decker’s call.

Speaking of miserable trips, Decker and I dedicated yet another day to deep dropping, this time at Catalina Island. We launched Saturday morning and the light and variable winds that had been in the forecast were already blowing 10 to 12 out of the west by the time we made it to the east end. Set up on the ridge below the island and made our first drop only to have a foamer of yellowfin come up a couple hundred yards away within moments of getting the bait down. Neither of us wanting to crank the bait up 900-feet, we hemmed and hawed for a few minutes watching the tuna before we convinced ourselves that they’d stay up long enough for us to wind up the deep drop rig if we took turns hand cranking in high gear – they didn’t.

Since we were already up we looked around a bit and found a spot of 30 to 50-pound bluefin that came up and splashed around a bit but didn’t bite. We went back to deep dropping after that but it was just too windy to fish effectively. One interesting thing is that we counted 13 boats deep dropping for swordfish  around us that day, oh and one very confused guy fishing a yummy flyer on a kite. I guess that this deep drop thing is really starting to get some traction. 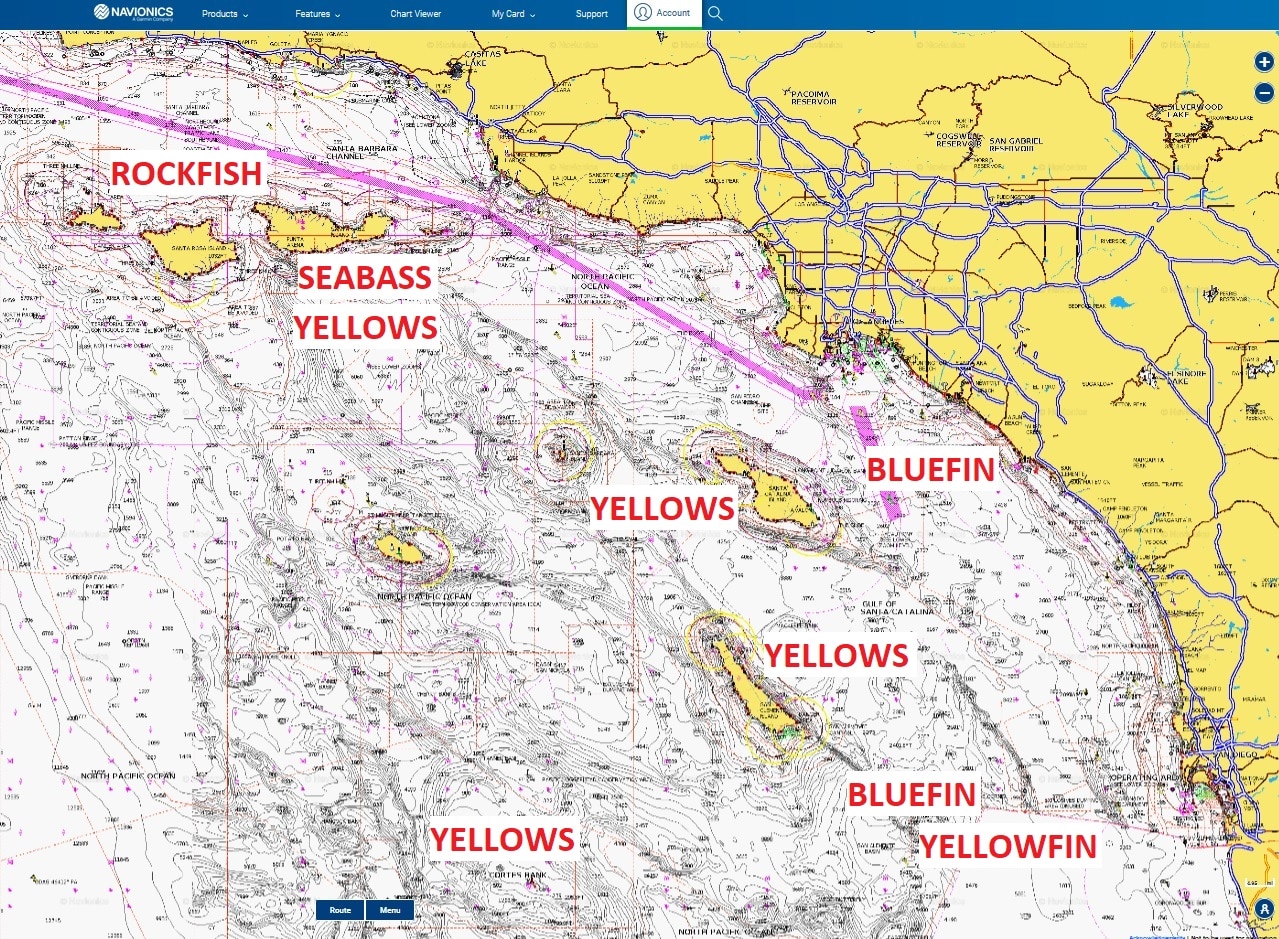 Enough about my unsuccessful week of fishing, let’s take a look at this week’s Navionics Chart to see what’s actually biting. Starting off with the tuna bite, there are some nice bluefin, like the one caught aboard the Thunderbird out of Davey’s Locker biting on the ridge below San Clemente Island. There are also some yellowfin biting in this same zone but the best bet for yellowfin continues to be along the banks below and outside the Coronado Islands. The counts have been up and down this week but it’s not due to a lack of fish so much as finding the right school. On Wednesday the San Diego out of Seaforth Landing found two of the right schools and ended up with 200+ yellowfin for the day. 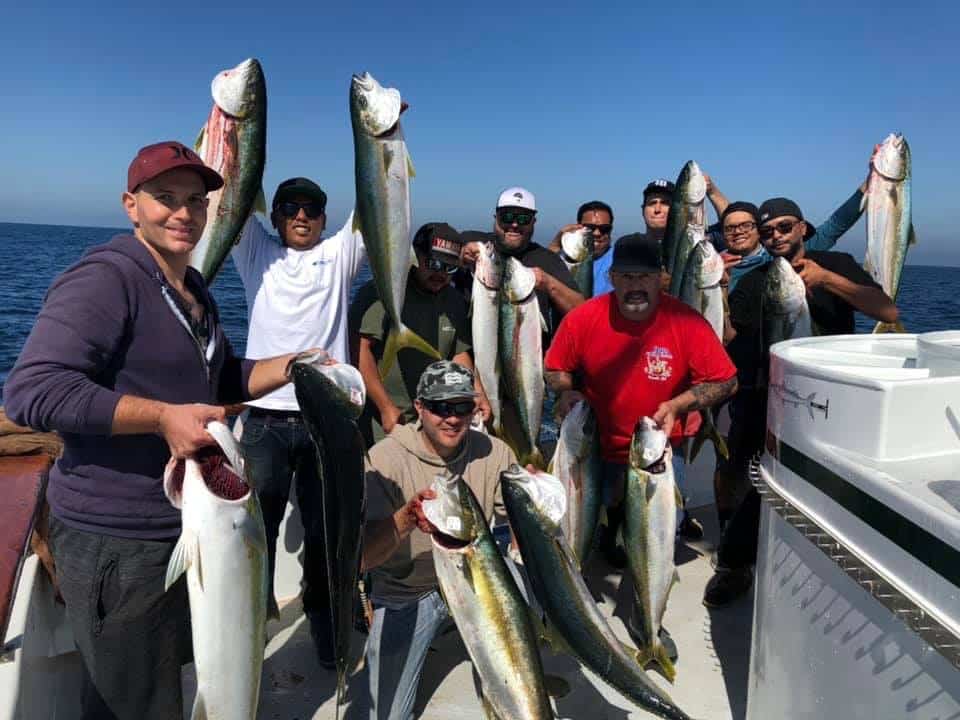 Boats fishing the Cortes and Tanner Banks on their 1 1/2-day trips are still catching good grade yellowtail and a few tuna. The yellows are also still biting at San Clemente Island and Catalina but the closer of the two islands is holding the bigger fish. If you’re fishing Catalina on your own boat, I’d recommend sliding off the island around the afternoon tide to look for tuna as there have been both yellowfin and bluefin caught above, below, inside and outside the island this week. In fact, there are enough tuna scattered around our local waters right now that they could pop up just about anywhere. There were bluefin seen along the beach in Orange County this week in less than 400-feet of water so you can basically look for fish all the way back to the dock. 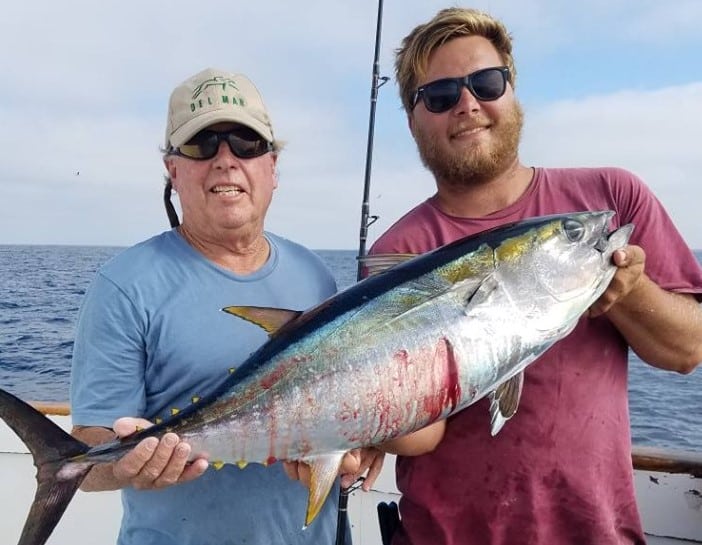 Finally, its been windy up north this week and the forecast looks a little unsettled for the weekend but the fish are biting at the Channel Islands. Boats fishing Rosa have been getting limits of quality rockfish and some nice sized lings. The Aloha Spirit spent some time surface fishing at Santa Cruz Island and landed five yellowtail and a seabass on Wednesday. The Channel Islands aside, the weather looks pretty good for the weekend, so get out there and catch some tuna!