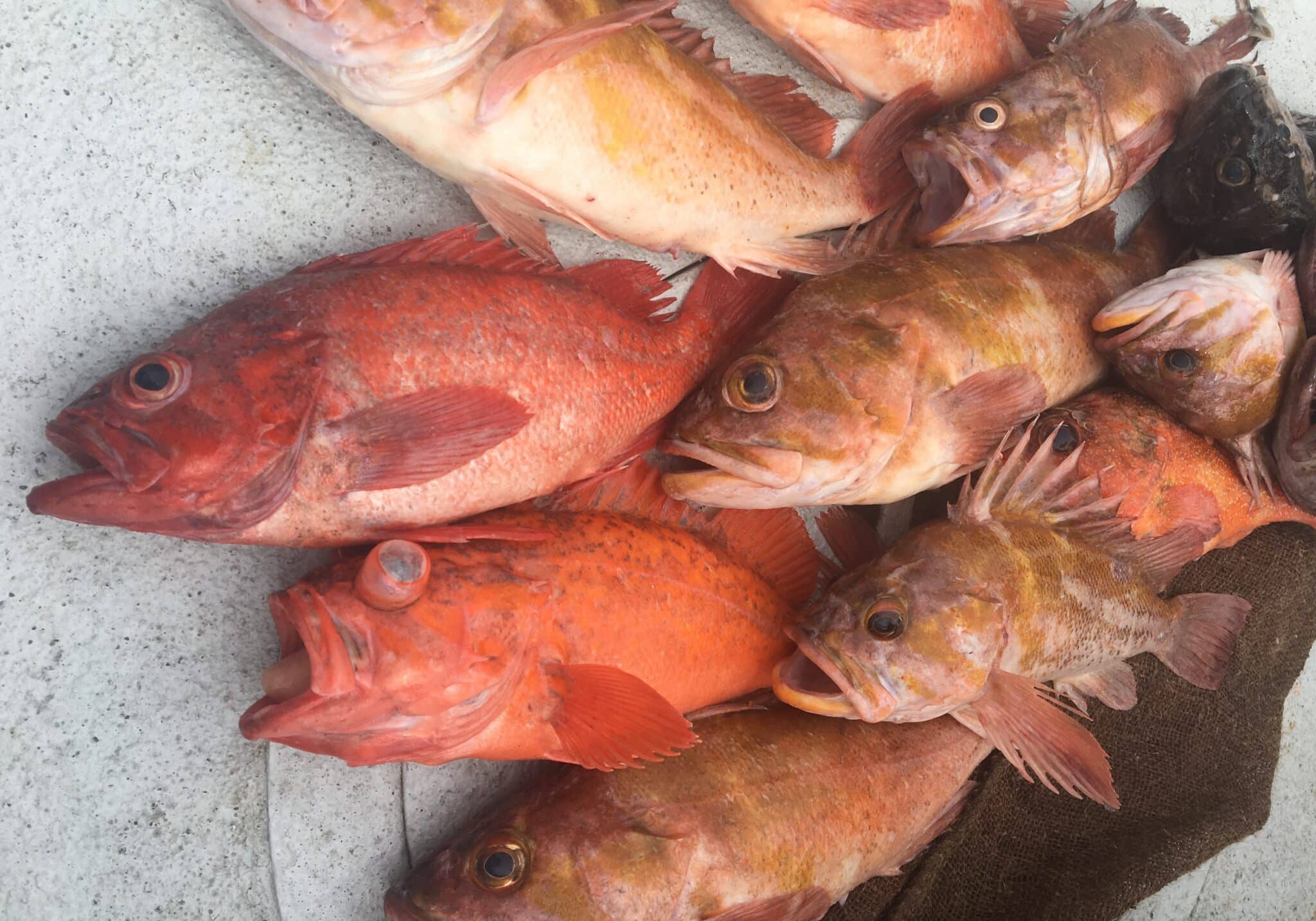 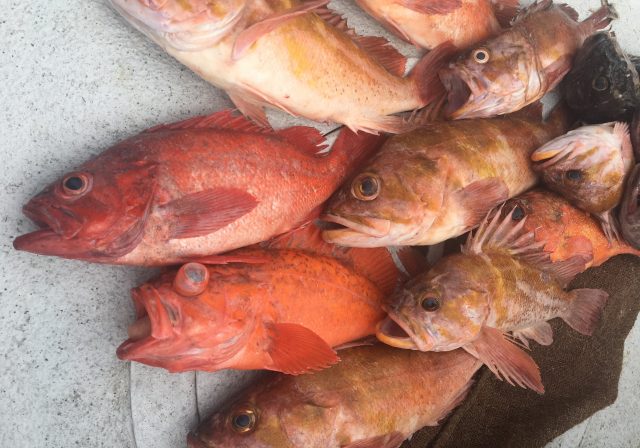 If you’ve been following me for any length of time, you know I love to go up and fish the northern SoCal boats…Oxnard, Ventura, and Santa Barbara all have excellent sportfishing options and I try to get up as much as possible.

The cornerstone of winter fishing action is going down to Colonet.  Unlike in years past though, the rockfishing (other than the first couple weekends of the year) were slow to non-existent this year.  That deficiency would maybe answer the question as to why I’m seeing a renewed interest in rockfishing locally in this young season.  If rockfishing is what you want to do, the Channel Islands offer perhaps the best of it in Southern California. 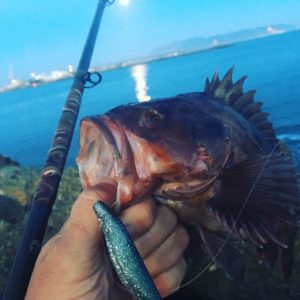 I had the good fortune this weekend to ride on the Pacific Islander, overnight boat out of Channel Islands Sportfishing in Oxnard.  Owner/operator, Steve Virtue, called me earlier in the week.  Steve wanted to let me know he wouldn’t be running the trip.  In his place, Capt. Marshall Stein ran the trip leaving Saturday night and fishing Sunday.  I was optimistic heading into the trip.  I took it as a good sign of things to come that I landed my personal best grass rockfish off the rocks at a jetty close to the landing before we even departed.

Even without Steve there, it was a pretty typical trip with some notable exceptions.  First off, it was FOGGY…literally pea soup (see below).  I personally did not see land from the time I hit my bunk, until we returned Sunday evening.  Secondly, the conditions were really screwy.  Wind against current.  It felt like a washing machine…lots of tossing and turning without going anywhere.  Despite the adverse conditions, it was a successful trip.  Easy limits of quality rockfish (especially big Chucks!) were had all around, with about 1 lingcod per angler.  I easily limited on both.

People have been asking me what to bring, so let me break it down for you.  These are the 3 main setups and what I used them for:

This is the bread and butter setup most people will use.  We had cut squid and some pinner choves for bait.  At times, we ran into some rather large mackerel (small bonito size) that were chunked or stripped for use as well.  There were times that we fished over 300-feet, so the most practical presentation was a standard double dropper setup with anywhere from 8-12 ounces of lead.  There’s still red crab up there, so for fun I put on the Sunset Crab Lucanus jig on my top loop and scored one of my legal lings in that fashion.

For this setup, and really for all of these bottom-oriented presentations, I like to use a reel that’s spooled with almost all braid.  The sensitivity, the responsiveness at depth, the way it sinks vs. mono…all huge advantages.  Plus you don’t look like you’ve been watching too many Bassmaster classics with the exaggerated hook sets required for the mono fishermen.

The ling counts have been mostly low so far.  One former commercial fisherman was telling me it may be because the big females are guarding their nests right now?  Seems plausible.  None of the 24 ling caught on my trip were of exceptional size.

If you want to improve your odds of being on the right side of the ledger, you’re going to want to cover more ground and throw a jig.  On this trip, I used some big swimbaits (Savage Gear Cutbait Herring and 7″ Candy Bar), some of my P-Line halibut jigs (9 oz. size), and some of the 187 Jigs that I didn’t get to use rockfishing in Colonet two weeks ago.

I like to rig the “Jig and Fly” presentation where the jig is on the bottom.  I tie a short dropper loop about 12 inches above the jig and then the rest of the leader (maybe 5 feet total) connecting to the braid main line.  Sometimes I’ll put a shrimp fly (jig and FLY) on the loop, but this time I mostly just used a bare circle hook and a strip of squid.  The idea is that the Fly looks like it is being pursued by a predator (the jig) below.  I caught some big aggressive chuckleheads (copper rockfish) that hit either bait.  I got the rest of my lings this way too.

We alternated deep and shallow throughout the day, so it was useful to have a smaller setup ready to go.  And even though the opportunity never really materialized, it’s nice to have this setup with lighter test and smaller hooks to fish squid strips for whitefish. 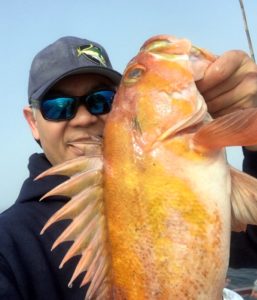 I’d probably bring these same 3 setups on one of the overnights fishing San Clemente and San Nicolas right now as well.  In addition to these 3 though, I’d add a mostly mono setup in case you see yellowtail.  You never know when that might happen, especially given all the El Nino holdovers I know are lurking around up and down the coast and at our islands.