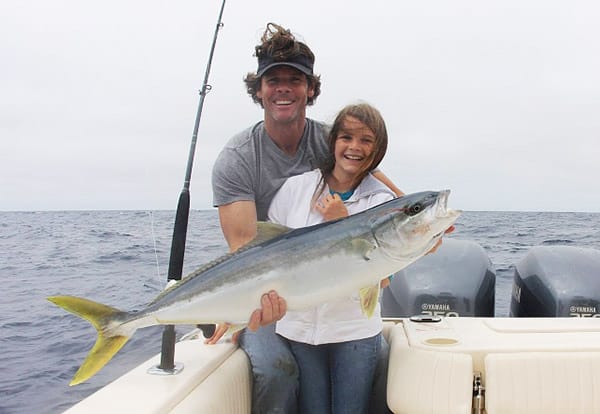 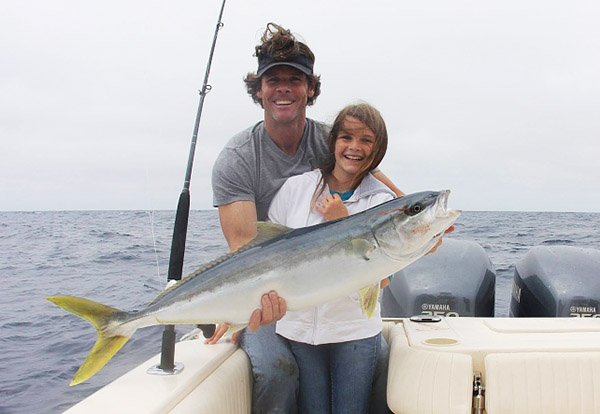 All it takes is a quick look at the www.fishdope.com chart to know that the offshore fishing is heating up. In fact, if you start with the kelp paddy yellowtail in the Catalina Channel and head all the way down to the bluefin bite below the Lower 500, you’re looking at a 160 mile stretch of water that’s holding fish along its entire length. Sure, some areas are holding more fish than others, but those areas are also holding more boats, so if you’re a private boater you might be better off leaving the beaten path and going in search of some less pressured fish.

Going out and finding your own fish isn’t as difficult as you might think.

But it does take a willingness to trust your instincts enough to drive away from the areas where you (and countless others) know that fish have recently been caught. Let’s take a look at the three steps that will help you to find and catch your own fish offshore.

Step 1: Do your homework.

If you follow my column, you already know that I’m a big proponent of doing research before getting on the water and it’s never more important than when planning an offshore trip. To do this homework you’re going to need SST and Chlorophyll charts as well as some indication of the areas that have been recently producing fish. There are several different options available to fulfill this need, but I like www.fishdope.com because it has everything you’ll need in one place. 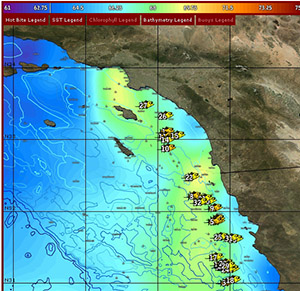 The Fishdope chart shows the SST and Chlorophyll images over a map that also indicates the location of recent bites. The recent image, pictured here, shows that all of the icons indicating biting fish are oriented on the inside edge of a band of warmer water that is running the length of our coast. There is an area between the northern and southern clumps of icons, but that is likely due to a lack of boats reporting from that area rather than a lack of fish.

Armed with this information, you can make some predictions on where you might find some fish of your own without having to deal with the crowds in the areas that bit yesterday. Based on what I see on the chart, if I were to head offshore this weekend, I would look for the temperature change on the inside edge of that band of water and then travel along it looking for kelps or any other indicators of fish.

Step 2: Pay attention on the water. 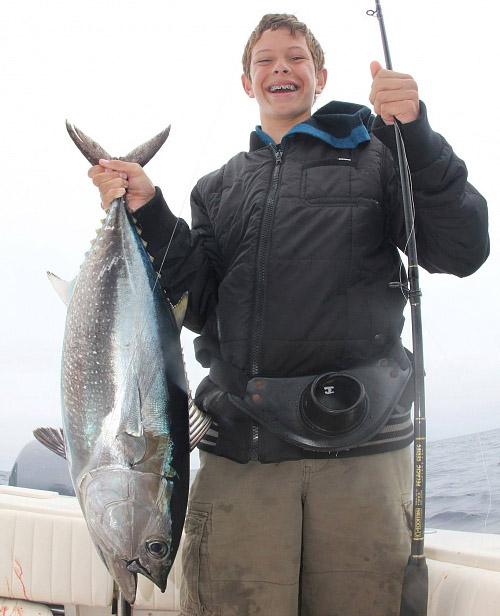 A lot of fishermen spend their day racing around at full speed looking for other boats stopped on kelp paddies or chasing the radio fish that never end up being were they’re supposed to be. Do yourself a favor and don’t be one of those people. Instead, once you’ve arrived in an area that you’d like to work, like that inside temperature edge, slow your boat down to a speed that allows you to get out the binoculars and look for kelps, birds or any other kind of life. If the area is barren, keep driving and looking. But if you see birds, bait, whales, porpoise or whatever, slow down even more and try dragging a couple of trolling lures while you look. If you find an area that looks particularly good, try boxing it or running a zig zag course that will allow you to cover a wider area as you look.

Step 3: Be ready to catch the fish you find. 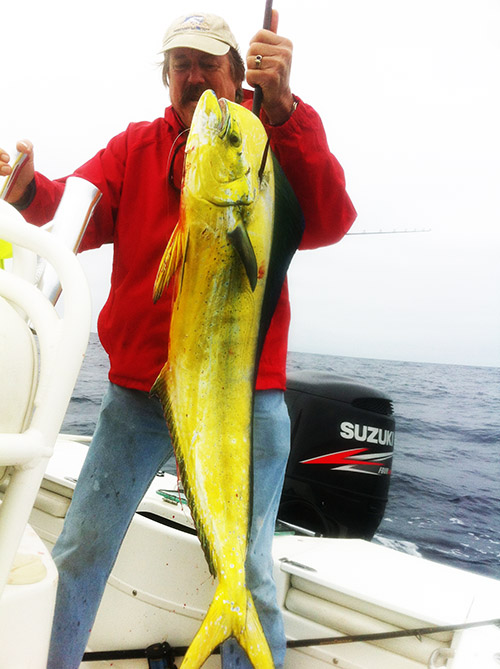 Most of the time, you’ll have at least one or more other people on the boat when fishing offshore, so instead of having them sit around drinking beer while you look, put them to work. If you’re trolling in a fishy looking area, have one of your crew standing by the bait tank so they can get some chum and baited lines in the water quickly. On a related note, if you get bit on the troll, don’t immediately take the boat out of gear. Just keep driving for another thirty seconds or so and see if you can’t get a double going.

If you spot a kelp paddy, don’t just race right up to it. Instead, clear the trolling lines if they’re out and slowly approach the paddy and while you’re driving up to it, make sure and have a couple of live baits ready to cast. Contrary to popular belief, the fish usually aren’t directly under the paddy. Sometimes you’ll find them 100 yards or more away from it, so by racing directly up to the paddy you might run over the fish and spook them before your first bait hits the water. In the very likely event that you find a boat already fishing on a paddy, don’t waste your time trying to butt in on them. Instead, try looking directly uphill or downhill from that paddy’s location as there will likely be others in line with that one. 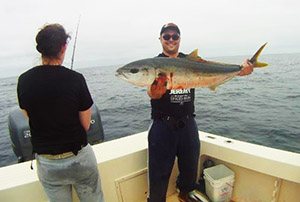 Following these basic steps will not guarantee you a boatload of tuna or yellowtail on your next trip. But by following them and making adjustments based on your on the water observations, you will be putting yourself in an excellent position to get lucky and find some biting fish.