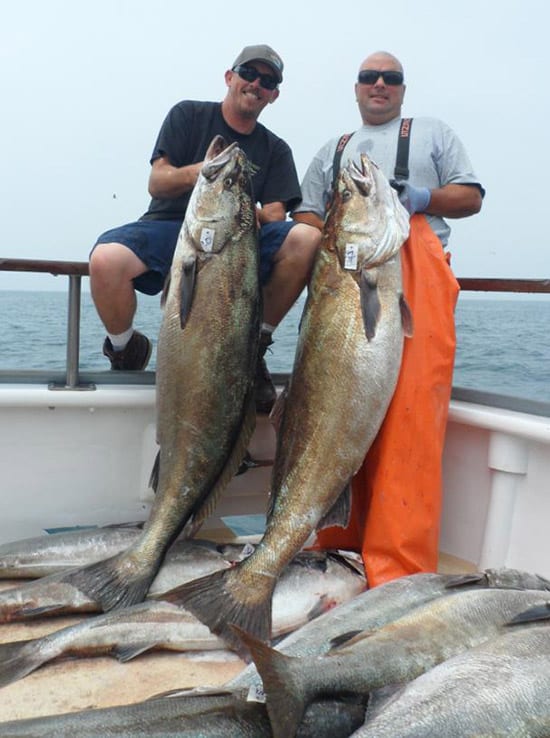 Several weeks ago, I predicted that the barracuda would be making their way up our coast by this time. Well, I guess my powers of prognostication were proved lacking once again as those fish still haven’t shown up in any significant numbers. But just because the barracuda are MIA doesn’t mean that there aren’t some other great angling opportunities.

Starting out in the Ventura area, there have been scattered seabass catches along the beach over the last few weeks and a fairly consistent bite (weather permitting) at the Channel Islands. The Aloha Spirit out of Channel Islands Sportfishing has been one of the boats that’s been on the fish over the last couple weeks and as you can see from the photo, some of those fish have been giants. The weather has been up most of the week, and looks like it may stay up throughout the weekend, but there are still plenty of big seabass to be caught up that way. 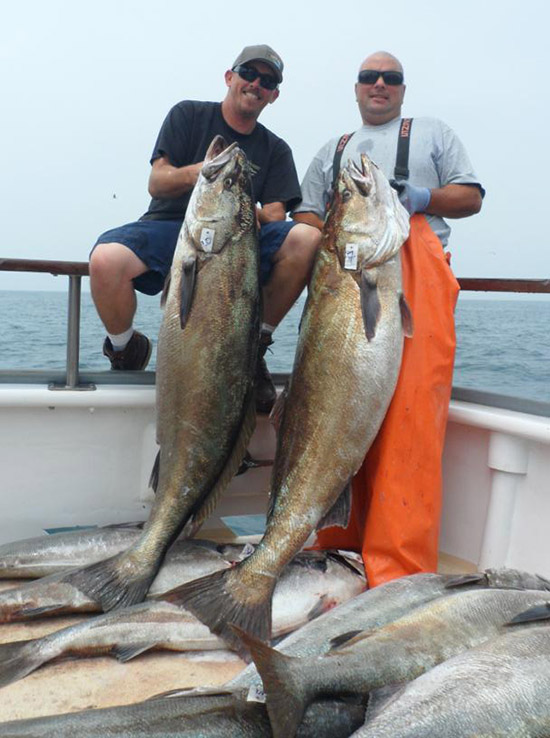 Apparently the fish in the Santa Monica Bay did not get the memo that it’s time to start biting as boats in that area are still in rockfish mode for the most part.

But with good conditions and lots of bait in the bay, there’s no reason those fish shouldn’t be biting, so I’d guess that it’s more a matter of when rather than if those fish will stop biting. And while the sportboats are looking for barracuda, while targeting rockfish, there are still calicos to be caught by private boaters along the Malibu coast; it may not be wide open, but if you put your time in you should get your shots at some bigger fish.

Speaking of big bass, the Palos Verdes Peninsula is starting to transition into its summertime mode with bass moving up the water column. Nick Green fished there over the weekend and had caught several nice bass, including his personal best (a 7.86 lber) on a weedless swimbait. I may be shooting myself in the foot by sharing this, as I’m planning to fish the calicos at PV this weekend, but if you’re looking to catch some fish and avoid the weekend crowds, PV will be a great place to do that. 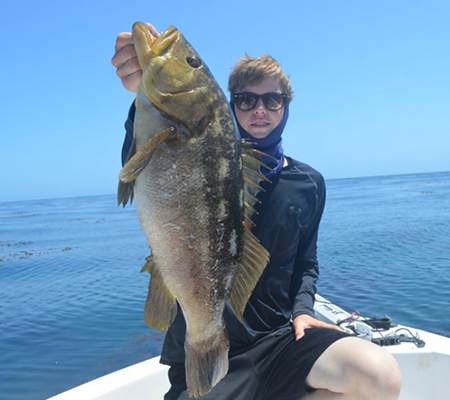 The Horseshoe Kelp has been kicking out some yellowtail over the last week and the San Pedro half day boats have been getting a handful of them a day on live squid. It doesn’t sound like there is a huge volume of fish in the area, so if you’re a private boater it’s going to take some work to find them. My advice would be to get a tank of live squid, anchor up on one of the stock yellowtail spots on the shoe (like the 105 or one of the deeper middle ground spots) and chum some chunked squid. Even if you don’t catch any yellowtail, there should be some bass to be caught. Another option would be drive around looking for terns early in the morning. I haven’t been out to that area, so this is only a guess, but the last time the yellows moved onto the Horseshoe (I think it was back in the late 90’s) we caught quite a few of them by chasing bird schools early in the morning. But remember that this suggestion is based on fifteen year old intel, so my recommendation is to just get out there and play it by ear.

Catalina Island has been kicking out lots of yellowtail over the last few days and live squid has been the key there as well. If you’re not afraid to brave a big crowd, jump on one of the ¾ day boats like the Pursuit or the Freelance, who have both been getting good scores. If you would rather fish with a lighter load, you can spend a little more money to get on an overnight boat like the Freedom. On these trips you’ll get a shot at fishing for seabass in the morning and then probably join the fleet to target yellows the rest of the day. Speaking of seabass, the six-pack boats have been consistently getting limits on the backside of the island. If you’re a private boater, you can log on to www.fishdope.com and get all of the latest info on where these fish have been biting. 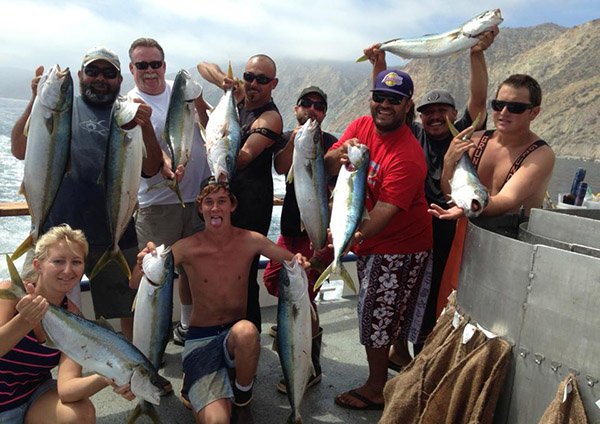 Down the coast, there have been some yellowtail caught on kelp paddies off Dana Point. This isn’t even remotely a sure thing, but if you take a tank of sardines and look for kelps between two and ten miles off the point, you’ve got a shot at catching some yellows. From Dana to San Diego, there are lots of calicos to be caught in the kelp but they’ve mostly been on the smaller side. If you do fish in those areas, keep an eye peeled for any bird activity that might signal feeding yellowtail as those fish have been popping up in different areas along the coast.

Finally, the yellowtail bite at the Coronados has been hit and miss lately, but the guys that have been fishing down there a lot, like Capt Duane Mellor of Seasons Sportfishing have been getting bit even when the fish aren’t really biting. Private boaters should look for fishy conditions around the structure spots at the islands and don’t be afraid to drive away from the fleet to find your own fish. One of the most effective ways to prospect at the islands is to slow troll sardines through areas with good conditions. 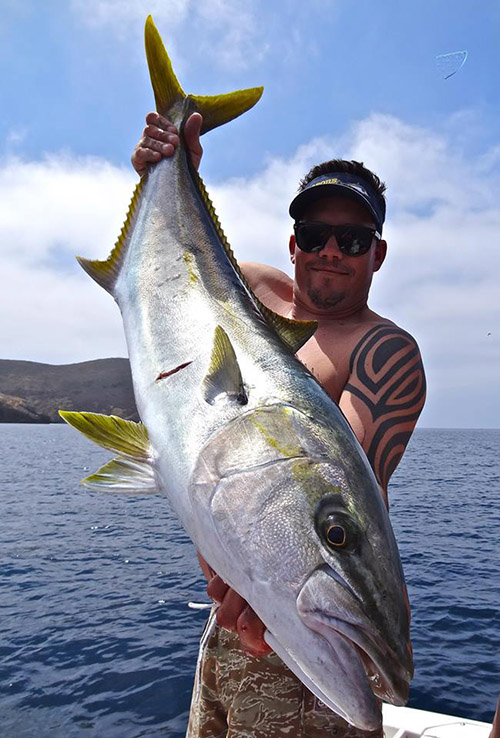 Whatever you decide to fish for, have a safe and fun weekend!