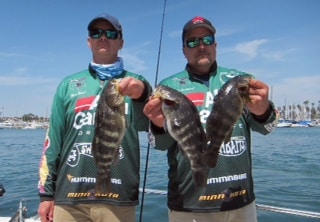 When you win a fishing tournament, like my partner Matt Kotch and I did at last weekend’s SWBA “Supremas Shoot Out” in Long Beach, it’s easy to look back on your success and say, “Damn! I am one hell of a fisherman.”

And while it might feel good to give yourself that pat on the back, this self-assessment is completely inaccurate. Instead, the comment should sound more like, “Damn! I sure was lucky to be in the right place at the right time and even luckier to have gotten the bites that I needed to win.”

But what constitutes luck? Well, if you’re playing the lottery, luck is random and you have no hand in influencing the outcome. But when it comes to fishing, there are some steps you can take that will have a direct bearing on your ability to experience luck (either good or bad) on any given day. With that in mind, I’d like to take a look at some of the steps that Matt and I took prior to and during the tournament to put ourselves into a position that would give us the opportunity to experience the luck we’d need to win. 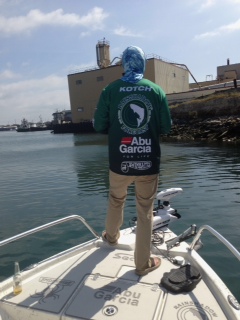 I understand that all of this may sound a little vague (and a lot more theoretical than my usual “how to” columns), but it’s important to remember that this column isn’t about what we did to catch spotted bay bass in Long Beach Harbor during last week’s tournament. It’s about using basic strategies to put yourself in the position to “get lucky” on your next fishing trip, regardless of what species you’re targeting.

Spending time pre-fishing is the best way to research a new area prior to a tournament and that means getting out on the water and checking likely spots to see if they’re holding any fish that you’d want to catch on tournament day. But since none of us has the luxury of spending a ton of time pre-fishing for a tournament, it’s impossible to go out and look at every potential spot within the tournament boundaries.

To save time and make the most out of the two or three days of pre-fishing I’ll get in before a tournament, I do whatever research I can at home to help me narrow down my choice of fishing spots. Since I was planning to fish in the Long Beach Inner Harbor for this event, which is an area I’d never fished, the first step was to use Google Earth to look for spots that might be worth a check when I was on the water. I found that LB Harbor is basically made up of a lot of shallow riprap along with some deep water shipping docks. These docks can be off limits (depending on which law enforcement agency you talk to) so I decided to focus my efforts on the shallow riprap. 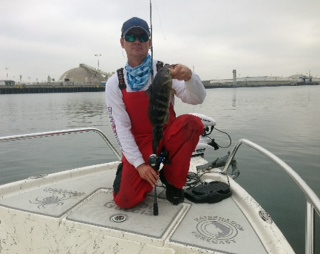 With our homework done, Matt and I went out and fished these spots using techniques that we’d had previous success with when fishing riprap in other harbors. After spending a couple trips dialing in the lure these fish wanted (a 5” MC Swimbaits Viejos Series on a ½ oz leadhead) and the presentation they wanted (a perpendicular cast to the riprap followed by a slow wind with pauses to let the bait sink down to the rocks) we had caught fish in seven or eight different spots and during different parts of the tide cycle.

Based on the amount of boat traffic we’d seen while on the water, and other team’s pre-fishing reports, we knew that we were going to be sharing our spots with a lot of other boats on tournament day. This meant that we probably wouldn’t have the luxury of getting first crack at multiple spots, so we decided to choose one spot and stay there through the entire tide cycle; which peaked an hour into the tournament and bottomed out just before weigh in.

This decision was based on information we’d gathered during pre-fishing and that was that the fish on any given spot would most likely bite at some point during the tidal swing. 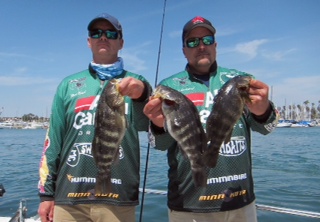 Since there were half a dozen boats ahead of us at the start, we planned to stop in the first of our spots that we found open. That spot ended up being the first one I looked at (and the one that I’d been hoping to fish) so we dropped the trolling motor and got to work.

The excitement of the first few casts wore off quickly and when we hadn’t had a bite in the first hour I was beginning to question our strategy. But shortly thereafter I got that first bite and slid a two-pound plus fish in the net. Several casts later, Matt stuck our big fish (a 2.68 pounder) and followed it up with another two-pounder a few casts later. Then just as quickly as the bite had started, it was over and we spent the next five hours fishing with only one more fish (that was smaller than the ones we already had) to show for it.

Well, the three fish that we caught during that lucky ten-minute flurry, surrounded by six hours of dry casts, went 7.31 lbs on the scale and was enough to win the tournament. 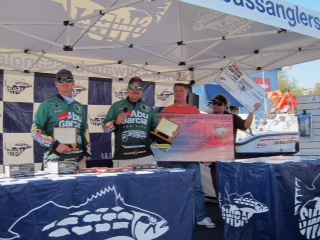 So what’s the take away from this story? It’s simple; we got lucky and had the right bites to win the tournament. But our good luck was borne by extensive research, a solid game plan and a willingness to commit to the execution of that plan. Sure, we could have just as easily not gotten the right bites on tournament day, and that also would have involved luck (bad luck), but that’s just the way fishing goes.

So next time you’re planning a trip, be it for anything from spotties or tuna, take the time to do your research, come up with a solid game plan and try to execute that plan. You might be surprised at just how lucky you’ll get.