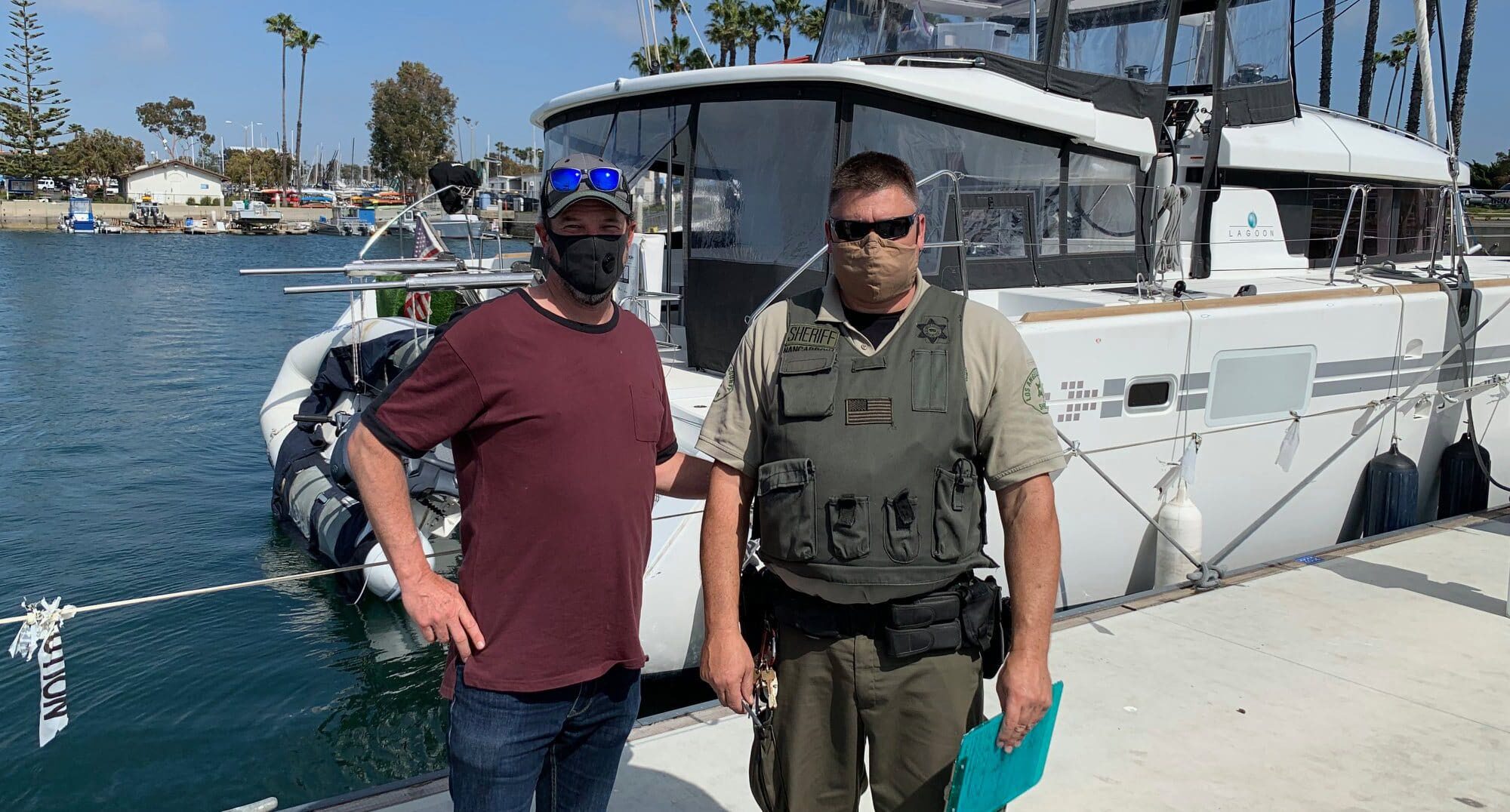 Many of us around the country soon may be able — with may being the operative term — to use our boats when and where we want to again.    Spring weather is usually more than enough to get fishermen coast to coast fired up about getting out on the water, but this year, we can add the pent-up desire of being stuck at home for months due to state and regional health regulations and social distancing mandates. 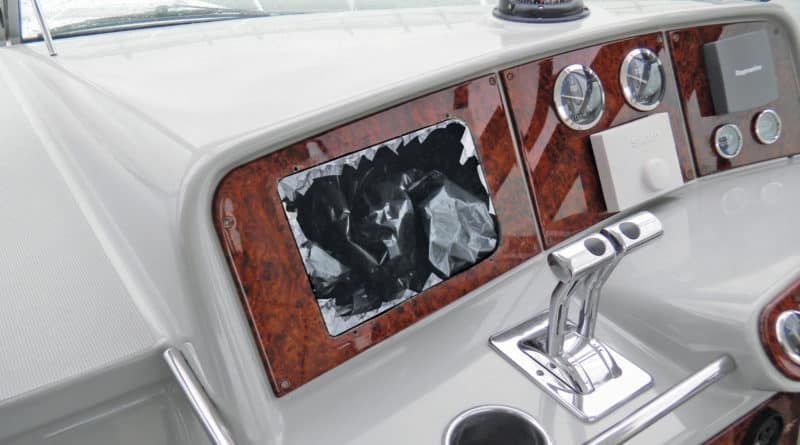 Among the many things our collective Covid-19 experience has taught us, these two stand out.  First, just how precious is our time on the water.  Second, how vulnerable our boats really are when we’re not around to use them an keep an eye on them.     It may only be only anecdotal evidence, but this writer has heard from several law enforcement officials that thefts, break-ins, and other property crimes have increased at some marinas, boatyards and storage lots since the populace has been staying indoors.

This makes sense, at least from the perspective of people who make their living by stealing.      Streets are largely empty, with cars are being left in parking garages or curbside for days on end, meaning there’s very little chance of being seen or discovered mid-theft.   And boats?  They’re even more at risk during this time.

If you keep your boat on a trailer in a storage lot, the idea that nobody is around can keep you up at night.  Whether people are purposefully self-isolating or just lacking the disposable income for a tank full of fuel and a load of bait, boats have been sitting idle more than usual for this time of year.  This makes them highly attractive targets.

Boats kept in marinas — particularly those that don’t have security gates to keep strangers off the docks — are being exposed to particular peril.  Some marinas are closed or operating with minimal staff, facts that apparently have not escaped the attention of opportunistic thieves.

A recent story that was posted on Facebook and rapidly made its way across other social media channels and message boards perfectly illustrate this worrisome trend.   According to the post by Steve Dunlap, owner of the beautiful 42-foot Lagoon catamaran charter boat Some Tuesday, he was notified by a work crew that was stopping by to do some canvas repair that when they arrived at the boat’s berth in Long Beach, California, they found nothing but an empty slip.    Fortunately, Dunlap has AIS (Automatic Identification System) on the boat, which became active when the thief (who apparently had some boating skills) turned on the boat’s navigation electronics.

This allowed Dunlap to see and track the boat’s position and heading/speed using his phone and a popular marine traffic app.  He soon found his pride and joy halfway between Santa Monica and Malibu, headed up the coast to who-knows-where.   Long story short, by tracking the boat’s AIS signal and getting on the horn with the L.A. County Sherriff’s office, Dunlap was eventually able to assist the sheriff’s patrol boat in locating Some Tuesday and arresting the thief red-handed.

When the deputies drew their weapons and asked the suspect to put his hands in the air, the thief defiantly replied, “you can’t arrest me, it’s a non-violent felony.”   Sadly, there is some truth to this.  For a variety of political and other reasons related to our current health crisis, property crime in California is considered barely a crime at all — and justice will be delayed, at best, while courts are either closed down or waiting to get up to speed.    While learning that the thief was literally handcuffed to the patrol boat’s tow post brought Dunlap some brief sense of justice, the crook was literally back on the streets again in a matter of hours.    It would be naïve to think that criminals aren’t aware of this, and are emboldened by it.

Still, what matters most here is that Some Tuesday eventually ended up back in the hands of her loving owner — albeit with about $4,000 in damages.    If not for a coincidental visit by the canvas workers on that particular day, this story might have had a much different and less satisfying ending.  This point wasn’t lost on Dunlap, who mentioned in his post that he had already ordered a Connected Boat system from Siren Marine (www.sirenmarine.com), to make sure that in the future, he would immediately receive an alert if his boat was moved or even boarded without authorization. 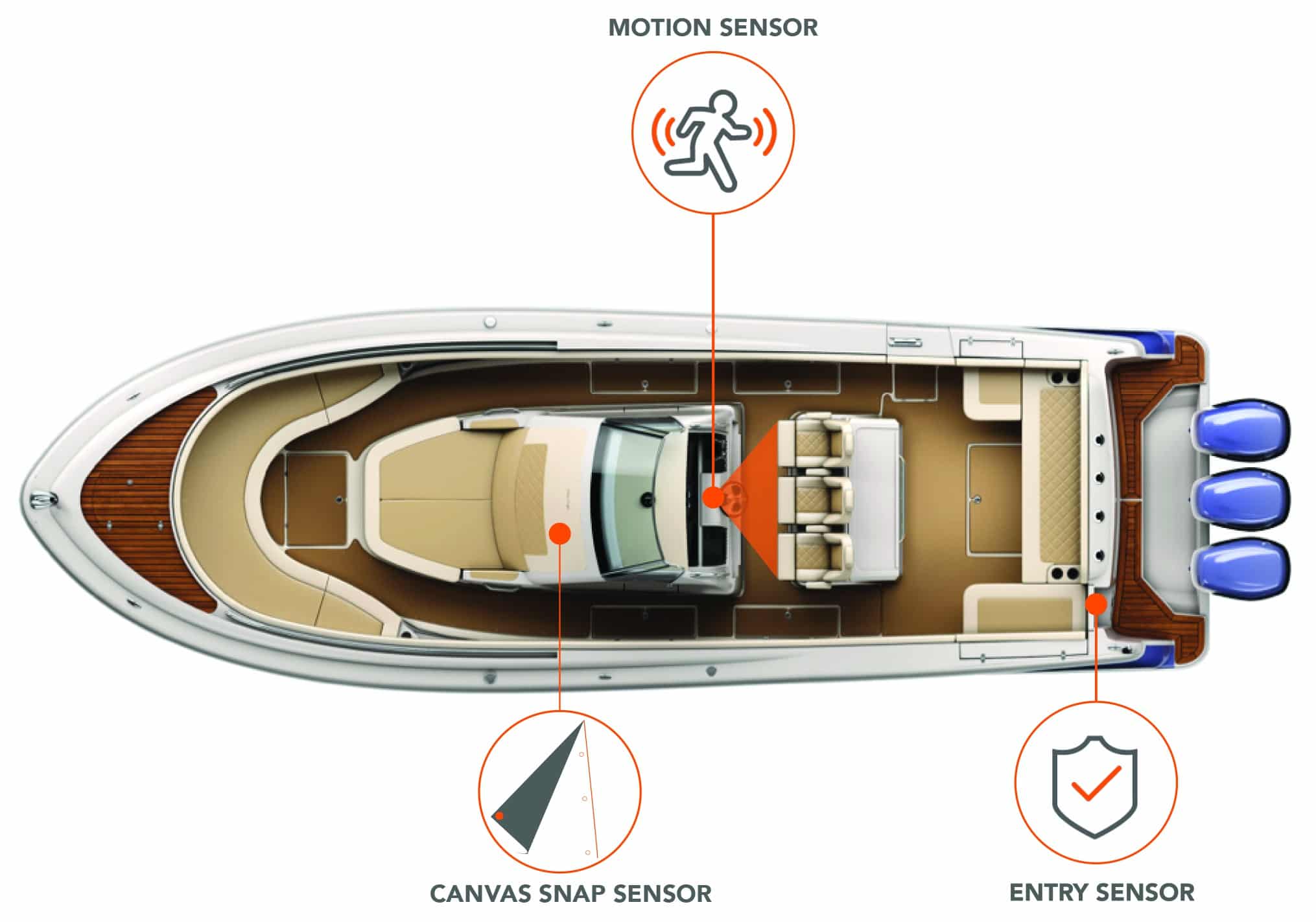 Dunlap now has the system installed and can enjoy the peace of mind of knowing his “Smart Boat” is safe and secure at all times, using his phone or tablet.    Siren Marine has been in the boat monitoring and security business for a decade; time spent refining its technology and product line to be affordable, practical, and easy to install for DIY boaters of all skill levels.   With a base MRP of $599 and a wide range of available wireless and hard-wired sensors, this system can easily be scaled to meet the security/monitoring needs of a bass boat or a full-blown offshore machine. 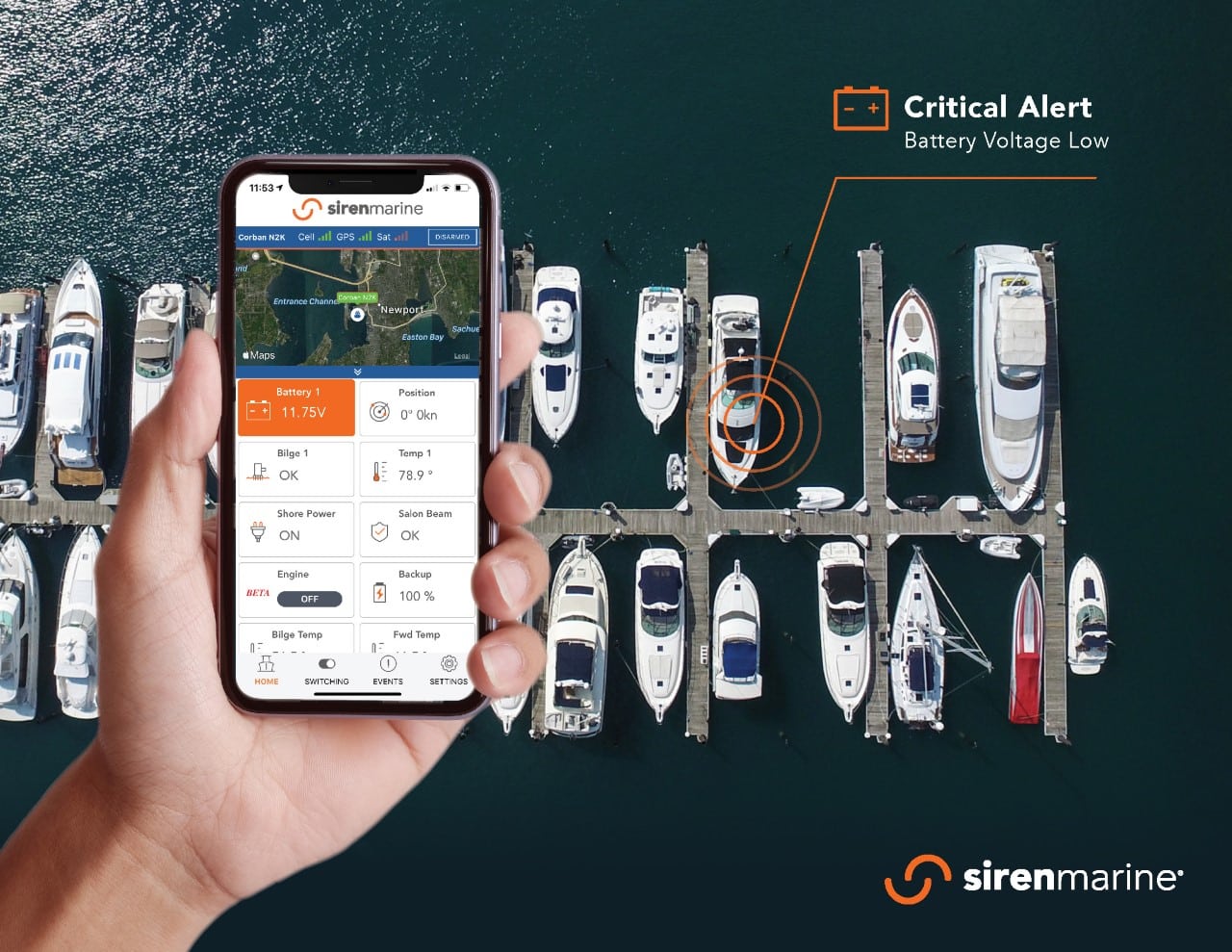 Siren’s cellular-based technology gives owners the ability to monitor their boat whenever they’re away — keeping tabs on position/movement, unauthorized entry, battery status, shore power connection, bilge pump activity,  and much more.   The array of security sensors includes motion sensors, pressure sensors, even canvas snap sensors that will trigger an alert as soon as the cover is removed.   Depending on how the system is set up, alerts can also trigger strobe lights and sirens in addition to alerting the owner (and others you link to the account, like dock masters, for example) on any mobile device.   The use of cellular communication makes this system practical and affordable for the majority of boaters who keep and use their vessels in coastal areas.   For those who want the added coverage and global tracking ability of satellite, it’s easy to attach the optional SirenSat Offshore antenna and activate a separate satellite service program that will kick in whenever the boat leaves cell coverage. 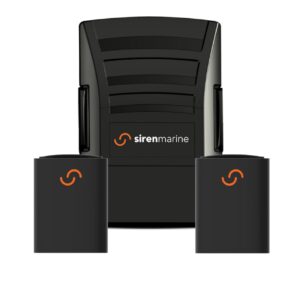 Those who want the full advantages of this advanced telematics technology can integrate a variety of additional components, such as Siren’s NGK-1 NMEA2000 gateway, various relays, and C-Zone digital switching to remotely monitor critical engine and vessel data, and even turn lights, air conditioning, bait pumps, and gyrostabilizers on or off before heading down to or leaving the boat.

Hopefully, coronavirus will soon be in our wake.   The need to remain diligent and protect ourselves, however, will continue.  Imagine the disappointment of showing up for that first fishing trip of the season to find your boat has been messed with, or the batteries are dead, or the bilge is full of water.

Diligence can take many forms, from common-sense steps like covering your boat and removing valuables like rods/reels, tackle and marine electronics onboard when you leave — even if it’s just overnight.   If you keep your boat on a trailer, invest in a good trailer hitch lock and chain the wheels with a heavy-duty chain and padlock.  Can these measures be defeated by a determined thief?  Sure.  But it’s likely that thief will move on to an easier target.

Considering the new appreciation we now have for every day we get to spend on the water (not to mention the high replacement cost of equipment), a “Smart Boat” system like Siren Marine’s seems like a reasonable investment.     And with Father’s Day around the corner, what better gift for the angler in your family than peace of mind that lasts all year long?