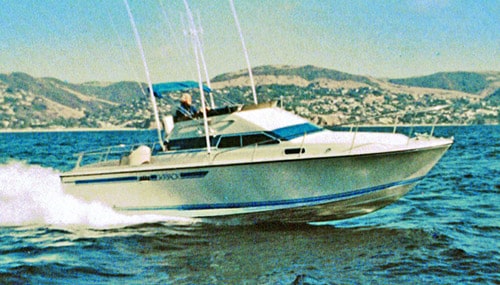 Many young WWII veterans returned home to Southern California during the mid-1940s to join others who had never left, competing for jobs that would allow them to make a living. All of them stepped onto an empty stage filled with many different props, depending on the path they chose. While the stage varied, the backdrop was connected to the world’s largest ocean. Fishermen, sailors and even surfers, either recreationally or professionally helped weave a fabric related to the Pacific that remains at the core of Southern California’s DNA today.

For young Jack Cole, a native Californian, it began with a seemingly innocent visit to Newport Beach in 1945 when he was 17. Working at a service station in Riverside, he and his friend, Jack Reilly, 20, decided to drive to Newport to check out the beach. Impressed with the vitality of the area they vowed to return.

Then fate gently nudged Cole toward a path … the first of many times during his life. Dr. Hugh Martin hired Cole to fabricate a removable fiberglass top for his fiberglass sports car, a Woodill Wildfire, www.woodillwildfire.com, an early forerunner to Chevrolet’s Corvette. 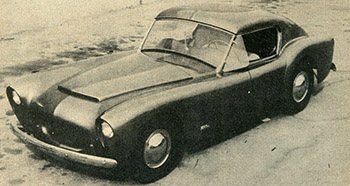 Proud of his new top when it was completed, the doctor showed it to the Glasspar folks who built the car. They liked the top so well they ordered one for G-3, a demo car they were shipping to Dow Chemical. Later, when Glasspar decided to install tops on their 16-foot boats, Cole seemed the obvious choice to design and produce them. Soon he was producing tops for their boats and delivering a dozen at a time.

Seeking other ways to increase sales, Cole noticed that the seats in the boats were finished mahogany so he sewed a set of cushions, which they began to order for all of their boats. Prior to the opening of Disneyland in the summer of 1955, Glasspar landed the contract for the Adventure Land boats and contracted with Cole for the tops and cushions.

In March 1955, he moved his shop to Costa Mesa, where he rented a modest 1,000 square-foot space on Superior Avenue. Nearly every evening he would load his sewing machine into his cherished 1949 Woody Wagon and head to Disneyland for on-going maintenance and repairs to the upholstery aboard the Disneyland boats – one of the most popular rides at the park.

Cole, along with his partner Reilly, became major suppliers of upholstered cushions. Other Southern California boat builders, hearing of their quality workmanship at a reasonable price, began seeking their services. Soon more and more builders including Performer, Dolphin, Glastron and others joined with Glasspar in purchasing their upholstery needs from the fast-growing company.

In a decade synonymous with new trends and innovations, one that produced the Beatles, Woodstock and put a man on the moon, it’s not surprising that the 1960s also spawned its share of backyard entrepreneurs who dreamed of building their version of a better mousetrap. 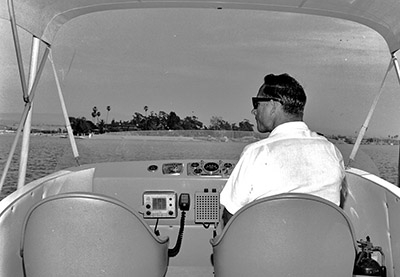 Cole and Reilly also became partners in SKIPJACK® Boats, beginning an unprecedented period of creativity bolstered by innovative ideas and like the popular Eagles song, “Take it to the Limit,” they executed these ideas with extraordinary tenacity.

Cole was a swashbuckler in a time when it was accepted … when the only obstacle between success and failure was the courage and zeal to “take it to the limit”. It was a time when many of us looked back through old eyes to marvel at how far we all could go. Frank Sinatra’s “Doing it my way” became an anthem that served our generation well.

It was 1960 their first boat was built using a Glasspar 30-foot hull. The gas-powered rig served them well, allowing them to easily fish the prolific waters off the Southern California and Northern Baja coasts. However, for ventures farther down Baja’s west coast or up into the Sea of Cortez, they decided the boat was simply too large; and because of the lack of gasoline available at the time in Baja, it needed to be diesel powered.

Their “build a better mousetrap” moment came with the first 20-foot production boat equipped with a fly bridge with an 8-foot beam powered with a 150-horse Mercruiser I/O … designed to their own specifications that could be trailered.

After extensive sea trials and fine-tuning, Cole’s son, Jack, Jr. drove the first Skipjack down to East Cape on its own bottom, leaving from San Felipe in November of 1967. That first boat was soon followed in rapid succession by a 24-foot fly bridge and later a 24-foot open model, all equipped with a flatter bottom until the early ’70s. 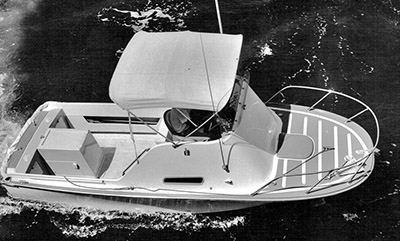 From the beginning, the 20-foot Fly Bridge Skipjack, a rugged, well-built and reliable, mini-sportfisher, became an instant success after the first sale in 1966, among serious West Coast recreational sportfishermen, commercial fishermen as well as divers. It quickly attained cult status by many accounts.

Brisk sales meant increased production, more employees, and a larger facility that would have been daunting to lesser men, but it only seemed to fuel Cole and Reilly’s enthusiasm as they struggled to build their fledgling boat manufacturing business from the ground up, literally overnight. They insisted that quality construction and seaworthiness in the open ocean would always be the foundation of each new model.

Since that time, each drawing of a new model or design on his drafting table served as the motivation for the next before even taking shape on the floor of the Skipjack plant. Over the years Cole created at least 15 different boat designs and configurations that were ultimately built and sold … some so wildly popular that they were copied again and again by other boat builders.

The growing group of craftsmen at Skipjack, guided by the partners prided themselves in taking a hands-on, personal approach to quality boat building by honing their skills, establishing standards in construction, design and safety that contributed to Skipjack’s popularity. 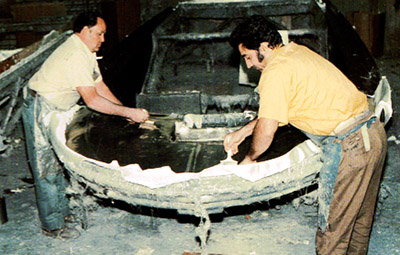 At the core was the 100-percent hand-laid fiberglass hull, supported by a massive fore and aft spruce stringer system encapsulated in a three-ounce mat and 24-ounce roving ensuring that each finished boat was of the highest caliber.

By the end of the1960s, the company had introduced three production boats: a 20-foot fly-bridge, 20-foot open and the 24-foot fly-bridge with a variety of power combinations, including a diesel option which was a popular choice for commercial fishermen and divers as well as recreational anglers preferring the increased safety and better fuel availably in Baja.

A deep-vee hull was introduced in the early 1970s that distributed weight even lower in the hull. That combined with relatively low fly-bridge topsides creating a lower center of gravity, which improved stability and smoother cruising even in open ocean conditions.

Ralph Poole, who founded Trailer Boats Magazine in Orange County in 1971, was searching for material to include in his new publication. While Skipjack primarily depended on word of mouth referrals, Cole attributes the many stories published by Poole as being helpful and boosting sales.

As the team responded to the demand for larger and roomier models, Cole quickly expanded the small fly-bridge idea to an incredibly popular 24-foot model, of which over 1,000 have been sold. At least three new models, including a 28-foot open design, 25-foot cabin cruiser and a sport cruiser with a variety of engine combinations drove sales even higher. 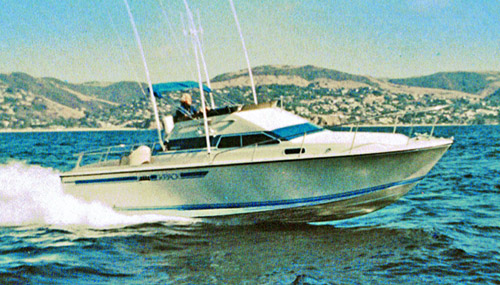 His partner Reilly agreed, “Neither did anyone else.” But by 1976, Reilly had decided to move on and their partnership in Skipjack ended.

But thats not the end of the story: Part 2