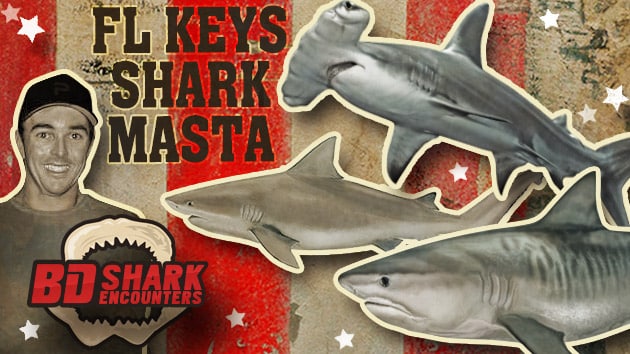 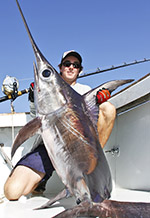 Capt. Nick Stanczyk is no stranger to monster sized sharks. He runs his charter boat, B n’ M II out of Bud n’ Mary’s Marina located on Islamorada in the Florida Keys.

Capt. Nick is famous for his daytime swordfishing prowess, but catching giant tiger sharks and hammerheads is fun too. Capt. Nick shared some stories with us in this BD Shark Encounter. 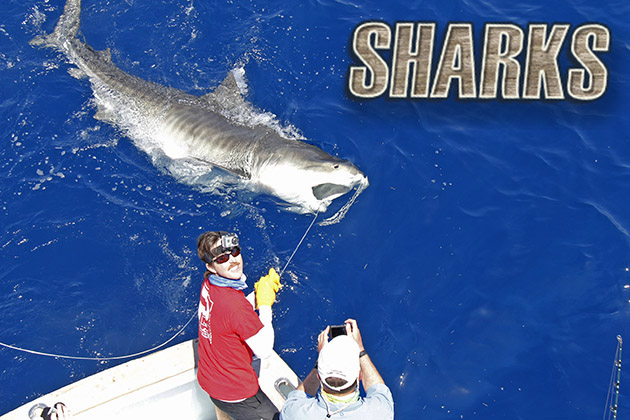 A:I’ve released a lot of tiger sharks the last few years, the biggest I would safely call 1000 lbs. 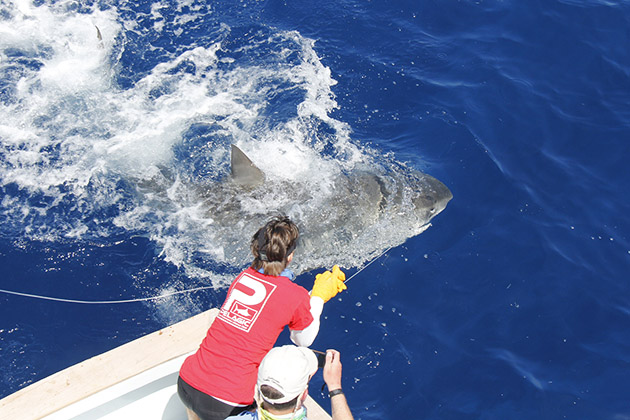 A:I’ve seen one great white here off Islamorada, but it wasn’t huge. I would say an estimated 1000 lb tiger shark would be the biggest I’ve seen. 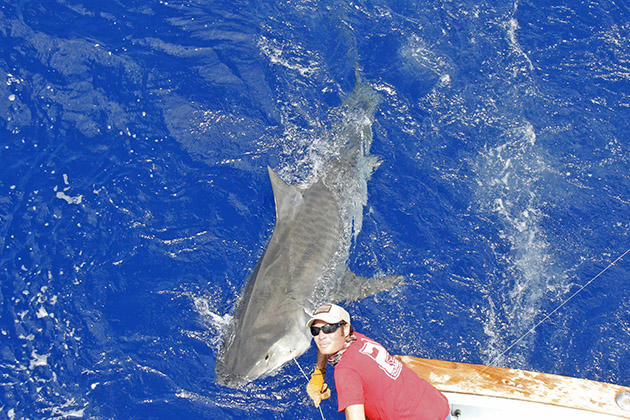 A:We catch a lot of sharks on the reef (more now than years ago), also quite a few on the humps offshore. However, I would say the most sharks would be in the Gulf of Mexico on wrecks and natural bottom. Lets just say I wouldn’t swim there.

A:I’ve never been bitten, but I did have an atlantic sharpnose shark bite a hole in a long sleeve t-shirt when I was 16. I was holding up the shark for a quick picture for a girl who caught it. 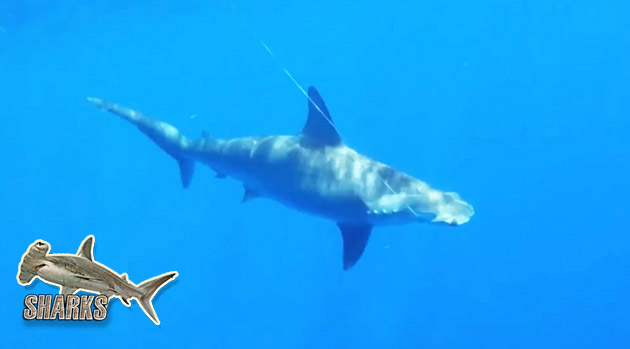 A:I’ve always been fascinated with hammerhead sharks. They’re one of the hardest fighting sharks and watching them chase a live bait on the surface is pretty cool.

A:It really depends on what type of shark I’m targeting, but usually I like to use 700 lb leader with an 18/0 circle hook.

Q:What is your favorite bait for big sharks?

A:A live 30 lb. amberjack is my favorite bait. You know when you get a bite it’s going to be something big. 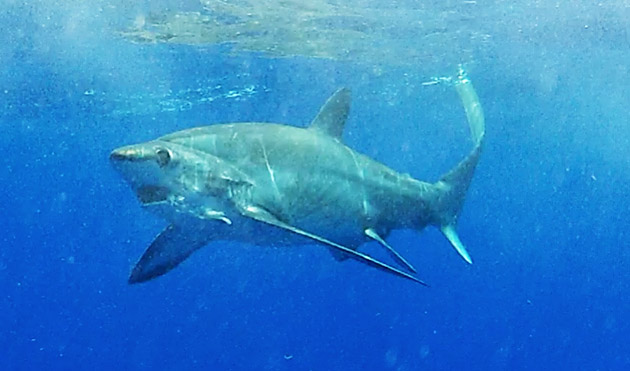 Q:Do you ever catch sharks while targeting swordfish?

A:Yes, just last week we thought we had a big daytime sword hooked up, but it turned out to be a bigeye thresher that we released. 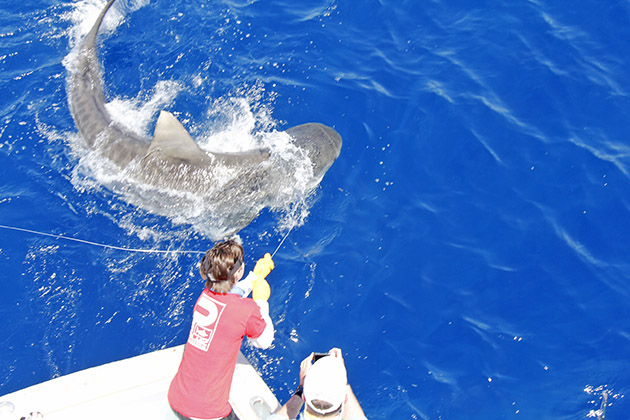 A:I was shark fishing with my good customer/friend Jon who was over from England. We were shark fishing on one of the humps offshore here in Islamorada. His friend Tim hooked a big tiger shark. We got him in the chair and started winding up the other rod. I looked behind the boat and saw another big tiger shark swimming down the waves. I told them to stop winding in the second rod. Sure enough the second shark found the bait. It was a whole amberjack. We hooked him briefly but pulled the hook. There was just a little chunk of the amberjacks head left on the hook. We were about to pull it in the boat and chase Tim’s shark, but the second tiger popped up next to the boat and we feed him the amberjack head under the rigger. It was an exciting bite. We caught a double header tiger shark, estimated at 600 and 1000 lbs.