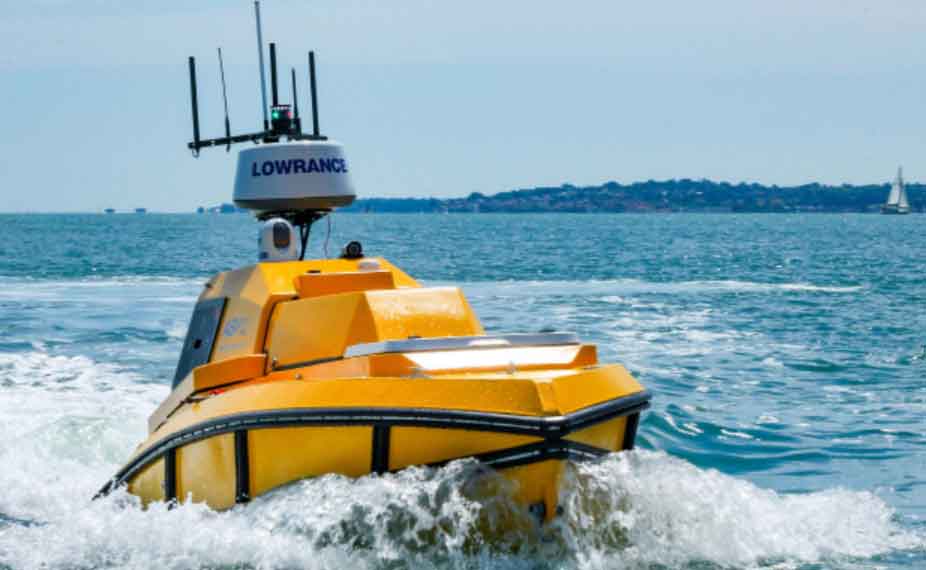 So many of us use autopilots on our boats that the USCG has a special category of accidents, called Electronically Aided Collisions, to keep tabs on just how often the automation and electronic assistance our boats provide leads to accidents. We have to remind ourselves, over and over again, that using an autopilot is a long way off from having a boat that actually runs itself. It keeps the pointy end pointed — that’s all, period. But, will this always be the case? Some interesting experiments taking place right now indicate otherwise.

A few years ago Yamaha announced the development of their Breeze 10, an autonomous vessel designed for survey work. True, it only goes four knots, and only for up to six hours at a time. Yes, it has a maximum cargo capacity of a mere 365-pounds. But it can do surveying work all by its lonesome in freezing weather, provides more accurate navigation than any human can, and can be used in conjunction with unmanned helicopters to do some rather spectacular topography surveying. And once it’s programmed, it does it all by itself.

Developing systems since 2008, ASV has deployed over 90 new and retrofitted unmanned vessels. And current R&D they’re working on includes incorporating artificial intelligence with video-based obstacle detection and tracking. In other words, these boats can actually see things and react to them. Of course, they’re designed for military, research, and commercial purposes, not for recreational fishing boats. But as is usually the case with tech, once it exists you can bet consumer markets will begin to utilize it.

Driving a boat is not, of course, like driving on dry land, and there are a number of challenges that make attaining a completely autonomous boat more difficult than building a robo-car. In additional to navigational tasks, a true automaton would need to be able to send and receive satellite communications so it can be monitored, instructed, and updated; be able to account for and respond to sea state in ways that go beyond course-corrections (such as making speed and directional variations in sea conditions that could endanger the boat), and being able to respond to both visible and underwater obstructions. None of these things, however, present insurmountable problems.

One of the most advanced projects currently underway to develop autonomous boats is the Roboat effort, midway through a five-year collaboration between the Amsterdam Institute for Advanced Metropolitan Solutions and MIT. The concept is to create autonomous platforms that can travel across the water, connect together, and disconnect to accomplish tasks ranging from package deliveries to human transportation to impromptu bridge-building. The Roboats are planned with depth perception, collision avoidance, and predictive trajectory abilities, and while this concept is still in the R & D phase, there are actual prototype Roboats on the water in Amsterdam, today.

Self-Drive-4 caption – The current Roboats don’t look much like envisioned automatons – yet.

How many years will it be before we can enjoy an autonomous fishing boat of our own? It’s still a long way off, for sure. But consider the potential benefits: the burden of running the boat is eliminated, safety is sure to get a leg up, and much as we hate to admit it, artificial brains tend to miss a lot less than we do. Consider, for example, that your boat could be programmed to maintain a continual watch over the depth finder for things like changes in depth-parameters. Today if you run over an unknown wreck at 40-mph you’ll probably never have a clue, but that robot brain wouldn’t miss it. Or consider having your artificial intelligence constantly monitoring the side-scan fishfinder even when you don’t have its display up on-screen.

The bottom line? Fishing tech is constantly growing by leaps and bounds. Today’s boats are already light-years ahead of those built a decade ago, with game-changing perks like digital switching and gyroscopic stabilization.

And while it may be years off into the future, you can bet your bait fund that sooner or later you’ll step aboard your boat and say “take me to the hot tuna bite.” And it will.