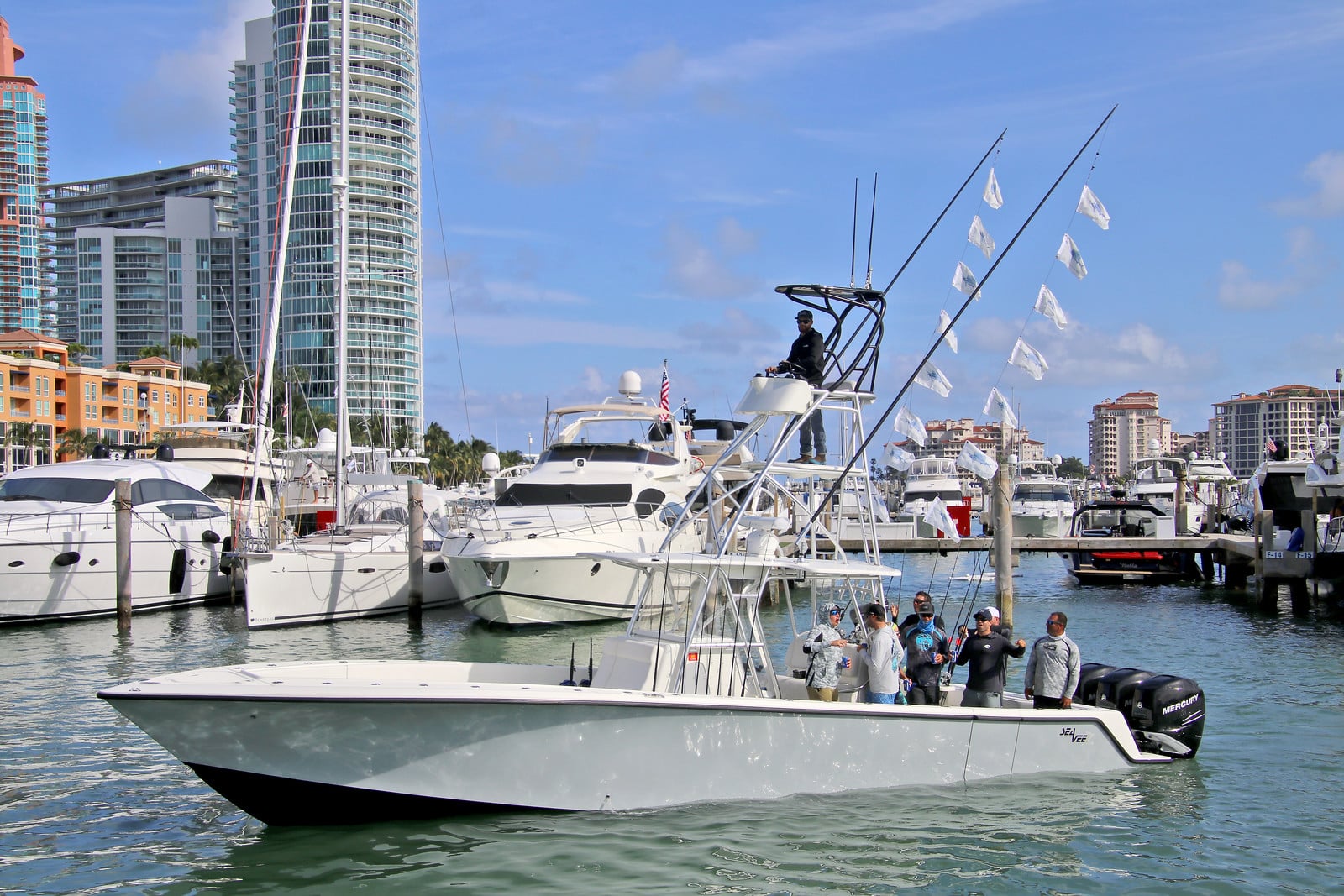 The stakes were high, and the pressure was on for the 37 teams competing off Miami Beach in Final Sail, the grand finale of the 2019 Quest for the Crest Sailfish Series.

The tournament opened with a kickoff party at the DoubleTree Grand by Hilton that included a casino fundraiser to benefit the tournament’s charity, Fishing for Muscular Dystrophy (FFMD). The combined efforts of the teams and the casino night enabled Bluewater Movements to present FFMD with a check for $5,000 to help them on their mission to cure MD.

With a purse near $860,000 and the burgundy jackets on the line, teams were all business heading into Day 1 of the tournament. Based on pre-fishing reports, a number of the boats started their day closer to the south end of the boundary. Fishing off Triumph reef, team Showtime owned Day 1 with 9 releases and daily winnings of $68,670. With their daily win, Showtime also reclaimed the points lead from Kluch/Reel Easy in the chase for the burgundy jacket and a world champions title. Second through fourth place were all decided by time on Day 1 with Reel Captivating, Doing it All/Hardway, and Contender One finishing the day with 6 releases each. Reel Captivating snagged $33,750 with their second place daily and Doing it All/Hardway earned $10,080 in 3rd. 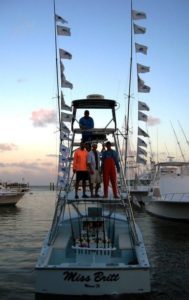 Captain Ray Rosher and his Miss Britt/Hot Mix team were not a factor on Day 1 with only one release posted. However, they made up for it on Day 2 winning both the early bite and late bite, plus the daily with 10 releases, to bump themselves all the way up to 4th place overall with 11 total releases and a $77,070 pay day. Reel Captivating picked up where they left off on Day 1. They added five more to the leaderboard on Day 2 to finish the tournament with 11 releases in 3rd place and a check for $64,680 that included $13,050 for the heaviest meat fish of the tournament, a 32.5-pound kingfish. Contender One came on strong on Day 2 also. Captain Quinton Dieterle put their new 44ST to the test and it answered the call with 13 total releases and a second-place finish worth $66,450.

Team Kluch/Reel Easy saw their lead in the series slip away from the on Day 1, but they didn’t let that dampen their spirits. They answered on Day 2 just the same way they had all season long, and by 1pm they had regained the lead with just three hours of fishing remaining. BAR South, 2015 Quest champions, released three fish between 1pm and 2pm to pull themselves into the second-place position in the series race with both Kluch/Reel Easy and Showtime deadlocked in a tie. It was the most highly contested battle in the history of the series that was literally up for grabs by any of the top three teams until the very end.

It is said that champions rise to the occasion and that is exactly what Captain Nick Carullo and his Showtime teammates did on board their 39-foot, Mercury powered SeaVee. Chasing free jumpers, they hooked and landed a double header at 2:45pm and sealed both the tournament and series win with one more release at 3:19pm to finish with 15 releases and a first-place check worth $214,720. They were also the top earning team of the series with total winnings of $271,800. More importantly, the victory secured their place in the burgundy hall of fame as the 2019 world champions of competitive sailfishing and recipients of the burgundy jacket. 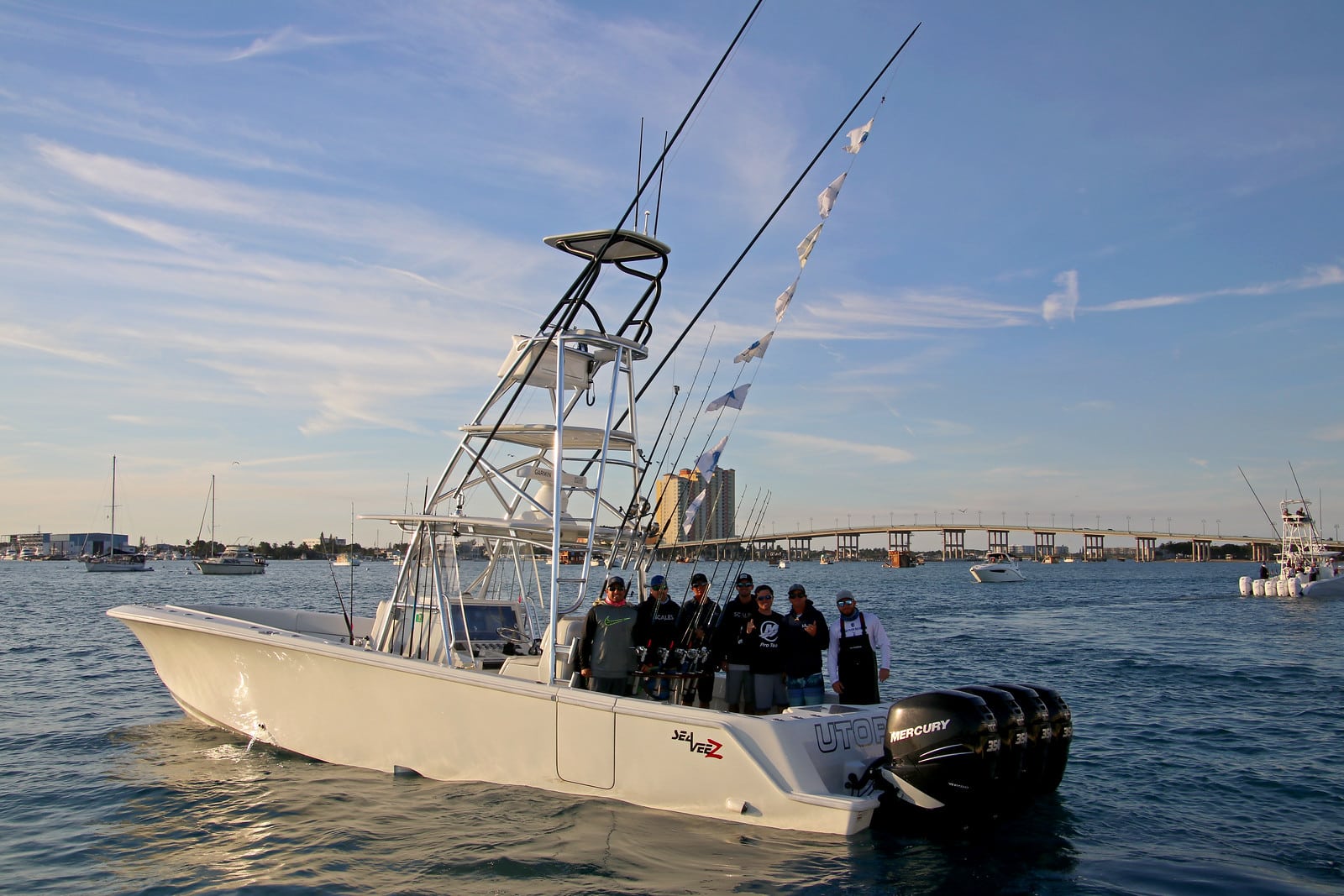 Victory was sweet for tournament sponsor, SeaVee Boats as well. Stellar performances delivered by Utopia, Native Son, and Showtime earned SeaVee Boats the first-place title at each leg of the 2019 series as well as their first burgundy jacket. 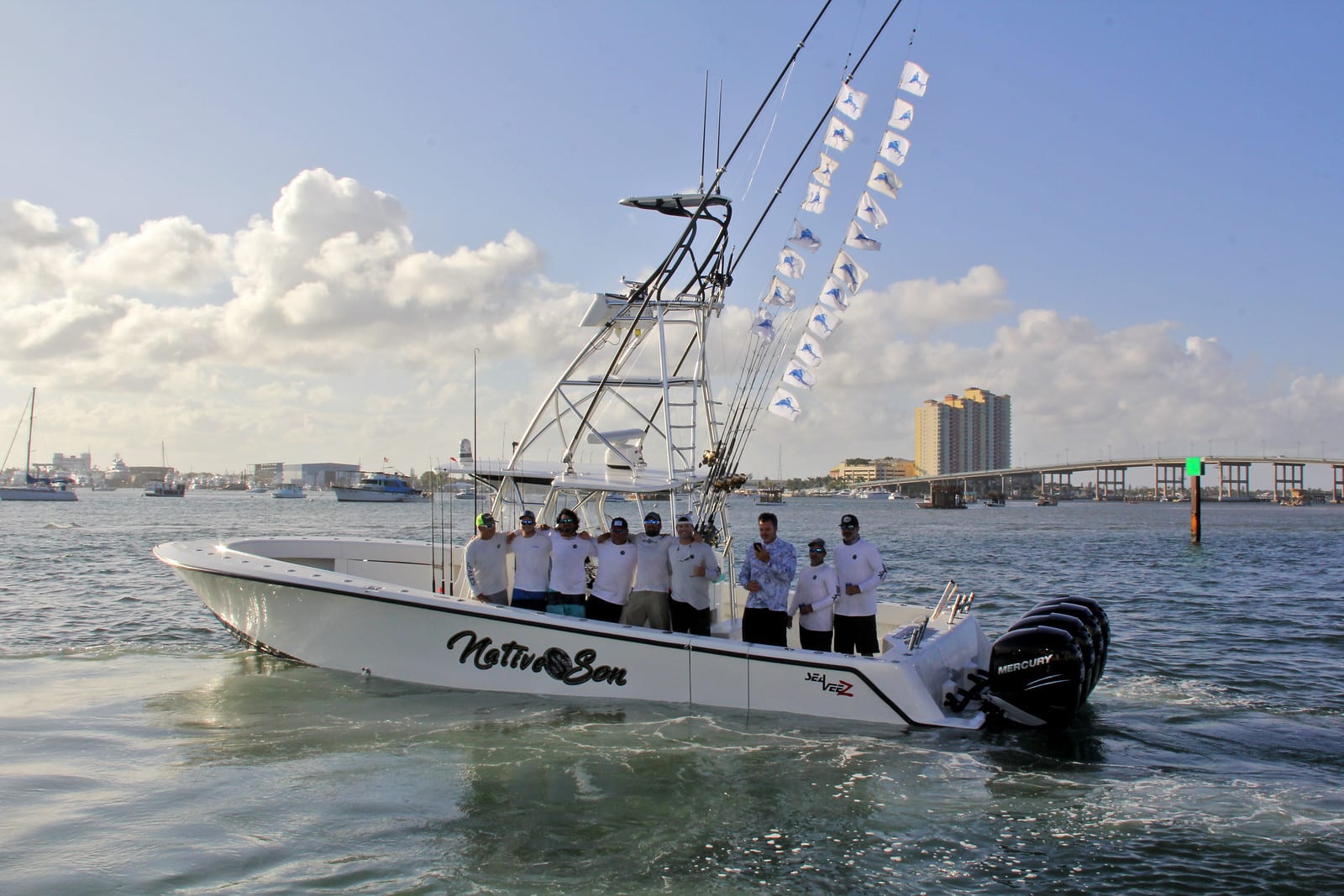 “As you know, SeaVee swept the 3-leg series and earned the builder’s trophy for each event”, said John Cabellero, . “Particularly impressive is the fact that these achievements were accomplished against formidable competition from big sportfishers and other leading brands of center console boats. This may be the first time that one boat brand has swept a world class billfish tournament series.” 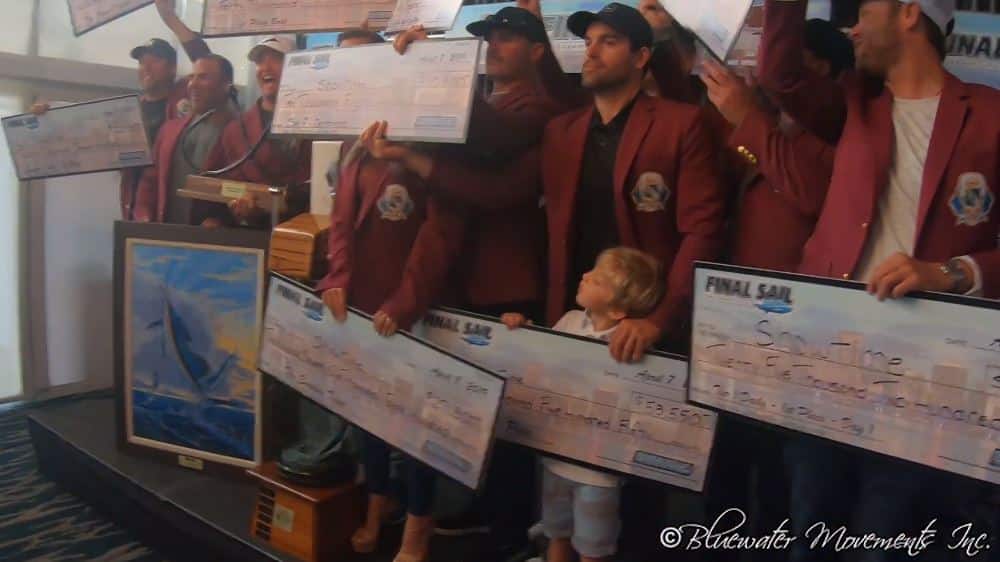 Showtime finished the Quest with 39 releases and 80 series points followed by Kluch/Reel Easy in second with 39 releases and 78 points, and BAR South in third with 33 releases and 76 points. Rob Gothier, BAR South, was also the master angler of the series with 13 releases. Congratulations to Sandra MacMillan for claiming the top female angler title at all three legs of the series as well. Luke Lulfs was earned the top junior angler title and a beautiful trophy print from Carey Chen.

The total purse for the series exceeded $2.2 million dollars.

The season witnessed many highlights including a record setting 420 releases at the Sailfish Challenge in February. Looking ahead to the 2020, a $350,000 winner-take-all jackpot will be ready for the taking when the series resumes again with Operation Sailfish in January out of Sailfish Marina in Palm Beach.

For more information on Final Sail, visit www.FinalSail.com or call 954-725-4010. The entire Quest for the Crest schedule and series standings can be found at http://www.questforthecrest.com