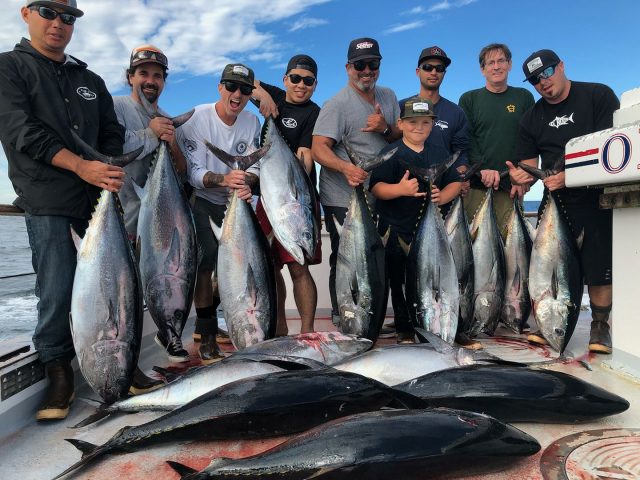 It was another week of good late season tuna action for the few boats that got off the dock. The photo above is from Wednesday’s overnight trip aboard the Old Glory out of H&M Landing. The 17 anglers aboard tallied 16 bluefin tuna from 48 to 60-pounds and the captain reported, “we sure wish we could have stayed there until dark as we left them all around the boat boiling”. The boat has a 1 1/2-day trip running on Friday night with space available.

Private boaters have also been getting in on the tuna action. I spoke with Captain Gerry Mahieu, of All Harbors Custom Charters, who fished Tuesday with plans to run out to where the bigger bluefin and yellowfin were biting. He ended up stopping short after finding a kelp paddy that produced one stop shopping for yellows and yellowfin tuna. Later in the day Captain Mahieu found a school of jumbo bluefin up breezing around, but not responding to lures, and said he was kicking himself for leaving his kite rig at the dock to save space. 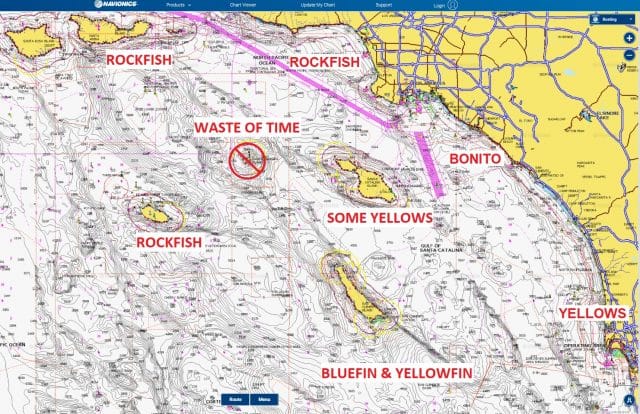 Tuna aside, here’s a look at what’s biting in Southern California. 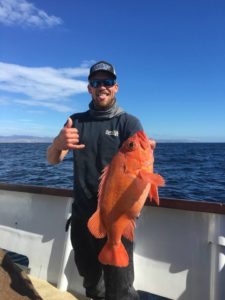 Starting up north, the rockfish are biting well for boats fishing the Channel Islands. San Nicholas Island hasn’t seen much fishing pressure lately, but the El Dorado out of Long Beach Sportfishing reported steady fishing on a recent trip. I made the run to Santa Barbara Island on Saturday and the fishing was so bad that I’m boycotting the island in this weeks column. There are rockfish all along the coast with the best action from the Santa Monica Bay north to Point Conception. The Navy has had San Clemente Island closed for most of the week so there aren’t many reports available. I’m probably going to fish there Saturday, so I’ll have more info next week. The yellows are sort of biting on the backside of Catalina for boats fishing live squid. Nacho’s receiver had squid midweek, but I’d call ahead to make sure they have it before planning to run to Catalina as the island has been pretty slow overall. There are still plenty of bonito biting on the beach from Long Beach to San Diego and the 3/4-day boats are catching yellows and a few bluefin at the Coronado Islands. The San Diego out of Seaforth Landing reported limits of fish (115) from 6 to 20-pounds on Wednesday.

As you can see from the screen shot of the Windy website the weather is going to be pretty good on Saturday but the wind is going to blow a little more on the tuna grounds Sunday. 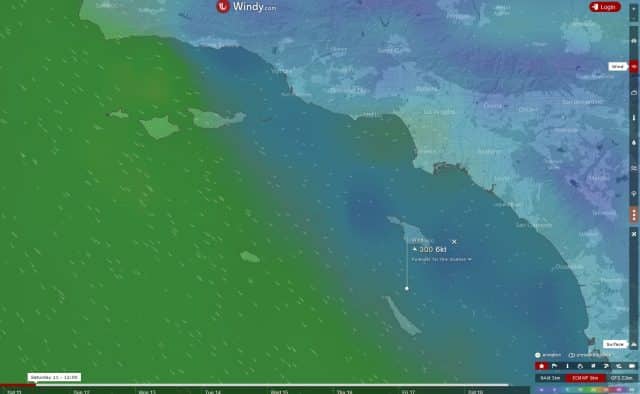 Sunday’s wind is going to continue, and get stronger, all week. The forecast is for steady 15 to 20+ MPH wind outside of San Clemente Island for six days. 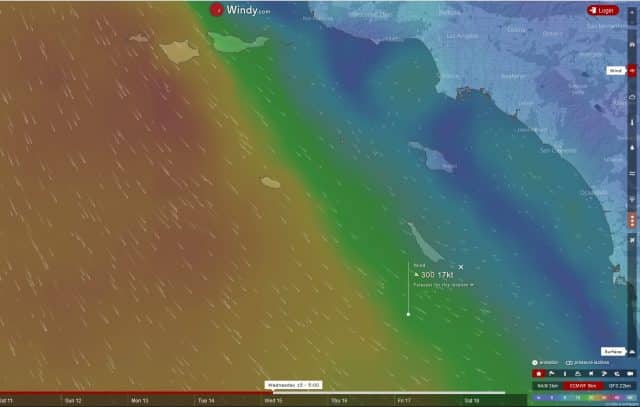 Come next Saturday the wind is forecast to be as calm as can be but the question is if those tuna will still be around and biting. I’m keeping my fingers crossed that if the wind does force the fish out it pushed them in towards the beach instead of down and out. Whatever the final result, it’s been a hell of a season and at least we’ve got good weather in the forecast for next weekend. 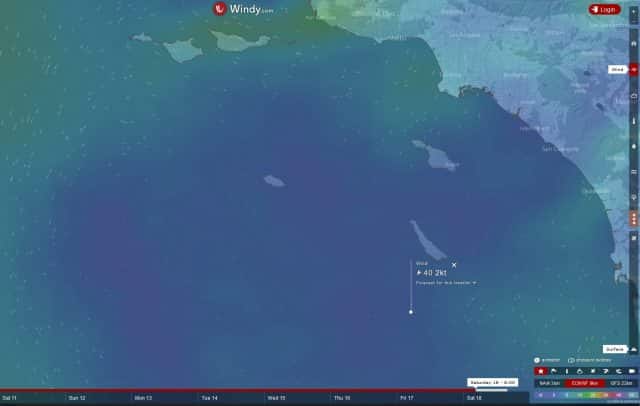 Check out Erik’s How To Tips on BD.