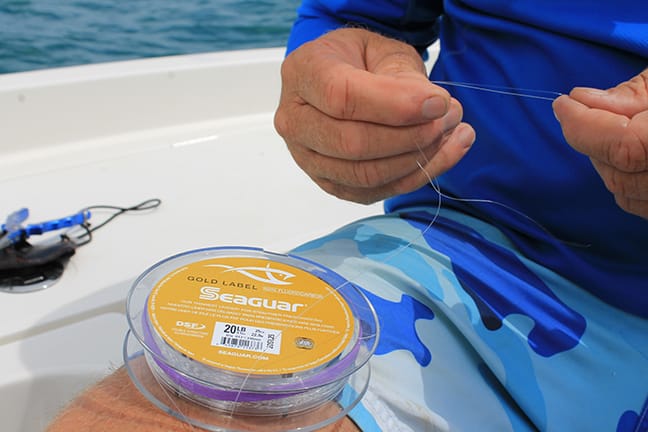 Catering to the expectations of the most demanding saltwater anglers, Seaguar is proud to introduce Gold Label – a 100% fluorocarbon leader that’s as much as 18% thinner than any other Seaguar leader material. It’s their thinnest leader yet and created for stealthier presentations on leader-shy fish.  Gold Label has been subject to rigorous behind-the-scenes testing to ensure optimal performance. 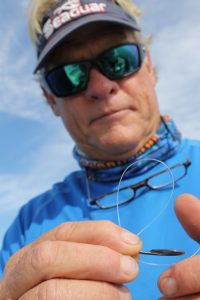 One angler who’s put the new leader through the paces is host of Addictive Fishing on Fox Sports, Capt. Blair Wiggins. From the Everglades to Port Charlotte to the Keys, Wiggins is now going on over a year of using Gold Label as his primary leader for inshore fishing and the results have been impressive.

First off, he’s been able to use either a heavier or lighter leader without sacrificing break strength. Gold Label has also put stealth on his side, as well as abrasion resistance. When chasing snook, small tarpon, and redfish, Wiggins is typically using 15 to 20 pound Seaguar Smackdown braid and connecting 40 pound Gold Label leader material to the main line via an FG knot.

But he was skeptical at first given just how thin the diameter is of the leader for its rated breaking strength. “My first experience with the line was with their 20 pound, but it seemed more like 12 pound to me. When I tied it on, I couldn’t believe the strength of it, as far as the diameter goes,” says Wiggins.

He continues: “And I don’t know if you’ve ever been fishing with Keys guides or not, but they’re really particular in the size leaders they use. We were fishing for permit, and I didn’t tell the guide I was using the 40 pound Gold Label. He said put on 20 pound test and thought for sure the whole time it was 20 pound test I was using. When I told him it was 40 he was blown away because of the diameter and how strong it was. He gave it a couple knot tests and absolutely fell in love with the stuff. To fool a Keys guide into thinking you’re using 20 pound test when it’s actually a 40 pound leader, that’s more difficult than trying to fool the fish.”

Another experience proving the merit of the new leader occurred just recently while fishing Port Charlotte and the Everglades.

“I know the new Gold Label leader definitely helped me get slammed with a redfish, a snook, and a trout. A cold front had killed the algae and plankton and the water at Port Charlotte was absolutely gin clear. For this kind of fishing you typically have to go up in strength to a 40 or 50 pound leader and what’s nice about the Gold Label is you can keep it at 40 and still have a nice thin leader for the clear water conditions. That’s simply awesome.”

Similarly, Wiggins also gives the new leader high marks for chasing permit in the clear waters of the Keys. “It’s great stuff especially for permit, the most sought after and hardest fish to catch on the flats. They have great big giant eyeballs and can see out of the water as well as they can see in the water. What makes it even tougher is the Keys’ water is crystal clear. The fact I can use a heavier leader that’s thinner and less visible is a big deal.” 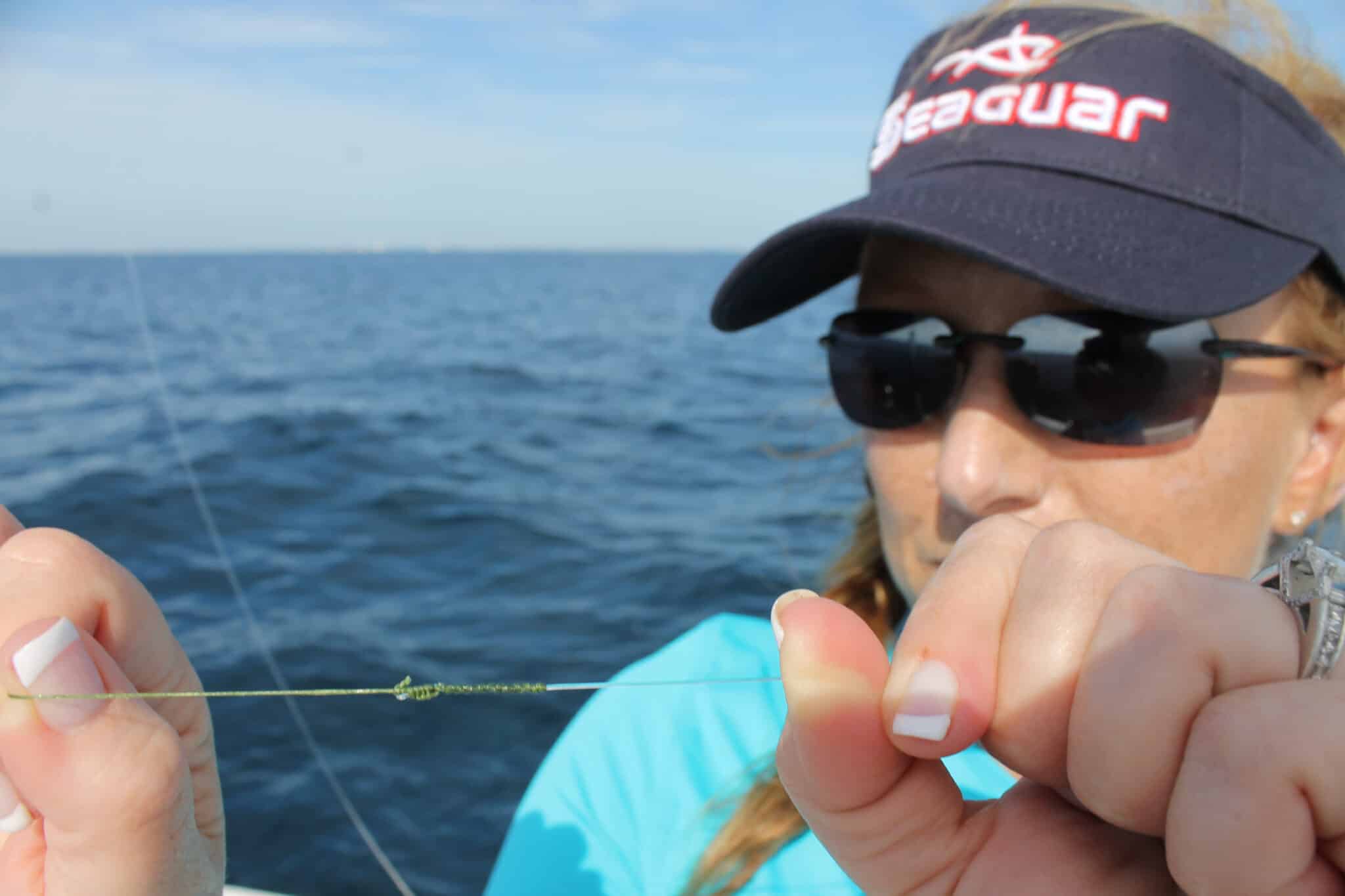 The Gold Label leader has also worked in his favor recently while chasing snook in the Everglades.

“The water is a bit more stained in the Everglades so you get away with a lot heavier leader but I still use the 40 pound. The guide down there I was fishing with is used to using straight 50 and he was blown away by the diameter and strength of 40 pound. The abrasion resistance is incredible, too. It came back intact after tangling with a snook’s gill plate, no problems whatsoever.” 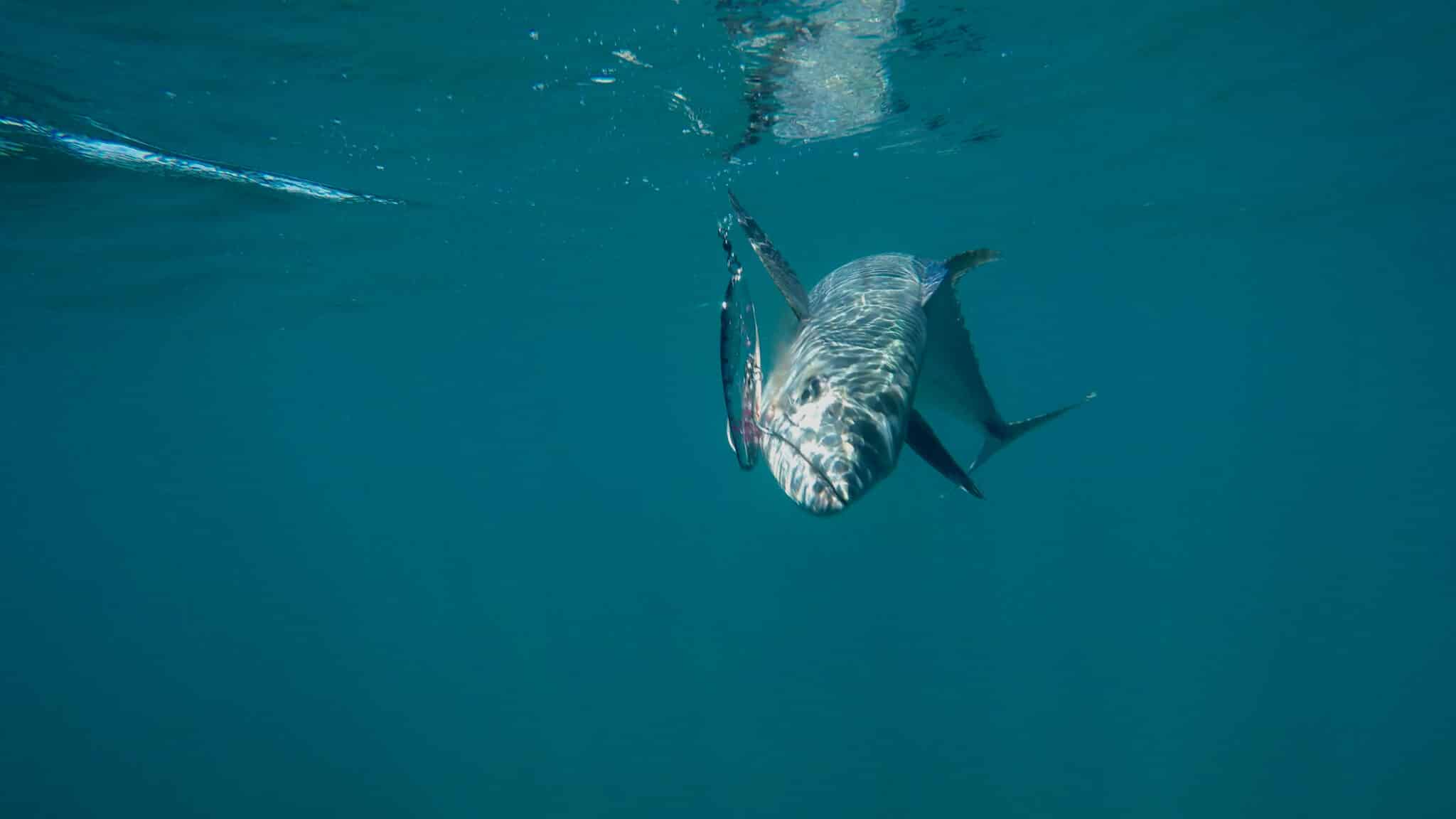 Ultimately, Wiggins says the new Seaguar Gold Label is his number one leader choice for all inshore applications. “The gist of it for me is being able to use a heavier pound leader than you’d normally use but with a smaller diameter that puts stealth on your side and your entire catch ratio increases. And even with that smaller diameter, you’ve got awesome abrasion resistance. I can’t think of using anything else now.”

Check out the Seaguar website to learn about all of their great products.

Check out more on Seaguar products on BD.