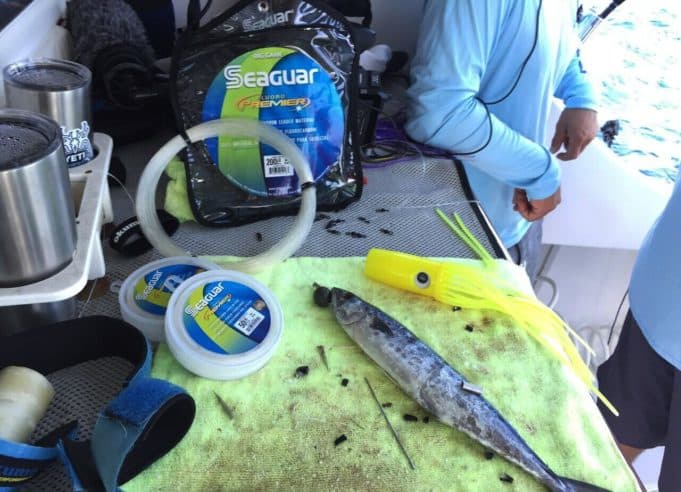 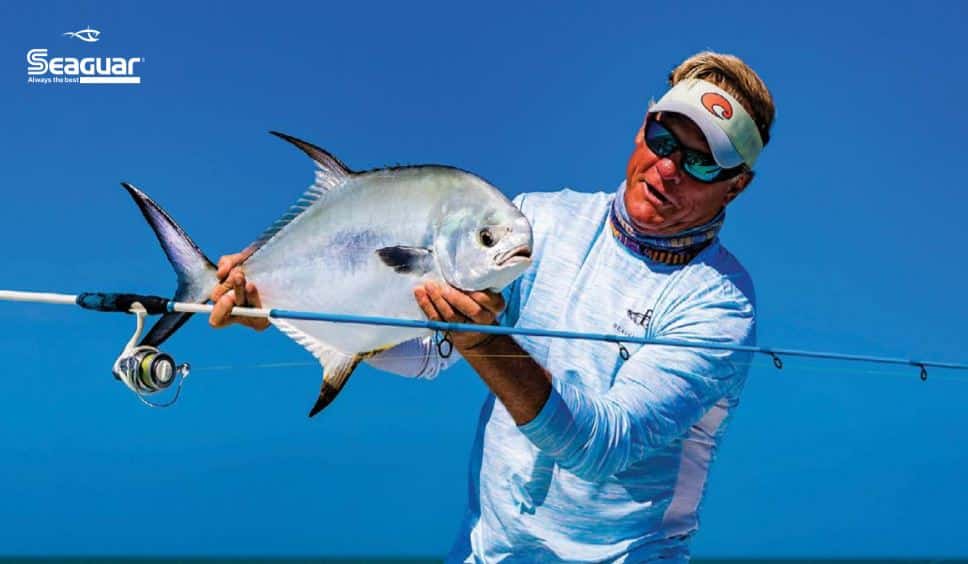 There are so many variables in fishing that is hard to pin down what and when fish will bite.  Seaguar Fluoro Premier leader is a great tool to maximize your efforts whenever you get to wet a line.

Seaguar was the inventor of fluorocarbon leader resins in 1971, and to this day, they take great care in producing their own resin blends to customize the properties of the final leader material to meet the needs of discerning anglers all over the world chasing all sizes of fish.

Seaguar has developed a variety of products throughout the history of fluorocarbon leaders, but Seaguar Fluoro Premier has reached a new level of fishability and knot strength, all the while offering smaller diameters than standard leader sizes.

Fluoro Premier owes its amazing fishability to Seaguar’s Double Structure Technology.  This unique and proprietary process uses two custom, 100% Seaguar Fluorocarbon resins that are extruded into one solid piece. This process creates a tough, but soft exterior, with greatly enhanced inner strength unequaled by any other line on the market.

“I remember the first time I definitively saw the benefits of fluorocarbon leader”, says Capt. Scott Goodwin.  “This was many years ago and I was working as a mate for Capt. Dave Meyer on the Merritt “Fishin’ Daze”.  This would have been back in the mid-90’s so I’m going back a while when fluorocarbon was not as advanced as it is today.  We were trolling live bonita over Zane Grey Reef in Panama for black marlin.  As we passed over the reef one day, the baits got nervous and then the water turned red around each rigger bait. 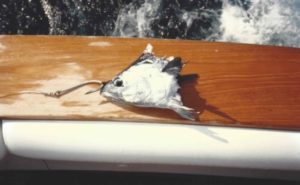 Mullet snapper had come up from the bottom to mow down our six-pound baits leaving nothing but lips on a giant hook.  Being a die-hard bottom fisherman too, I begged the time to catch them and got the nod from the owner’s who were only interested in billfish.  I chummed the cloud of hungry snapper and immediately hooked up on a spinning rod with 50# monofilament leader.  Very quickly the school of snapper learned to avoid the chunk of bait laced with a hook. I was blown away that these jungle-snapper, who rarely got fished, could be so line-shy so quickly.  I ended up having to keep dropping down in leader size to get another bite and after just a few fish I was down to 20# mono and loosing fish to breakage. 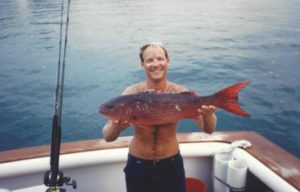 I dove for the fluorocarbon and the lightest I had was 40#.  I tied it to my mainline with a blood knot and proceeded to rekindle the bite.  Double the size of the monofilament they had denied moments before.  From that day forward, I’ve been a believer in fluorocarbon and have using it ever since.” 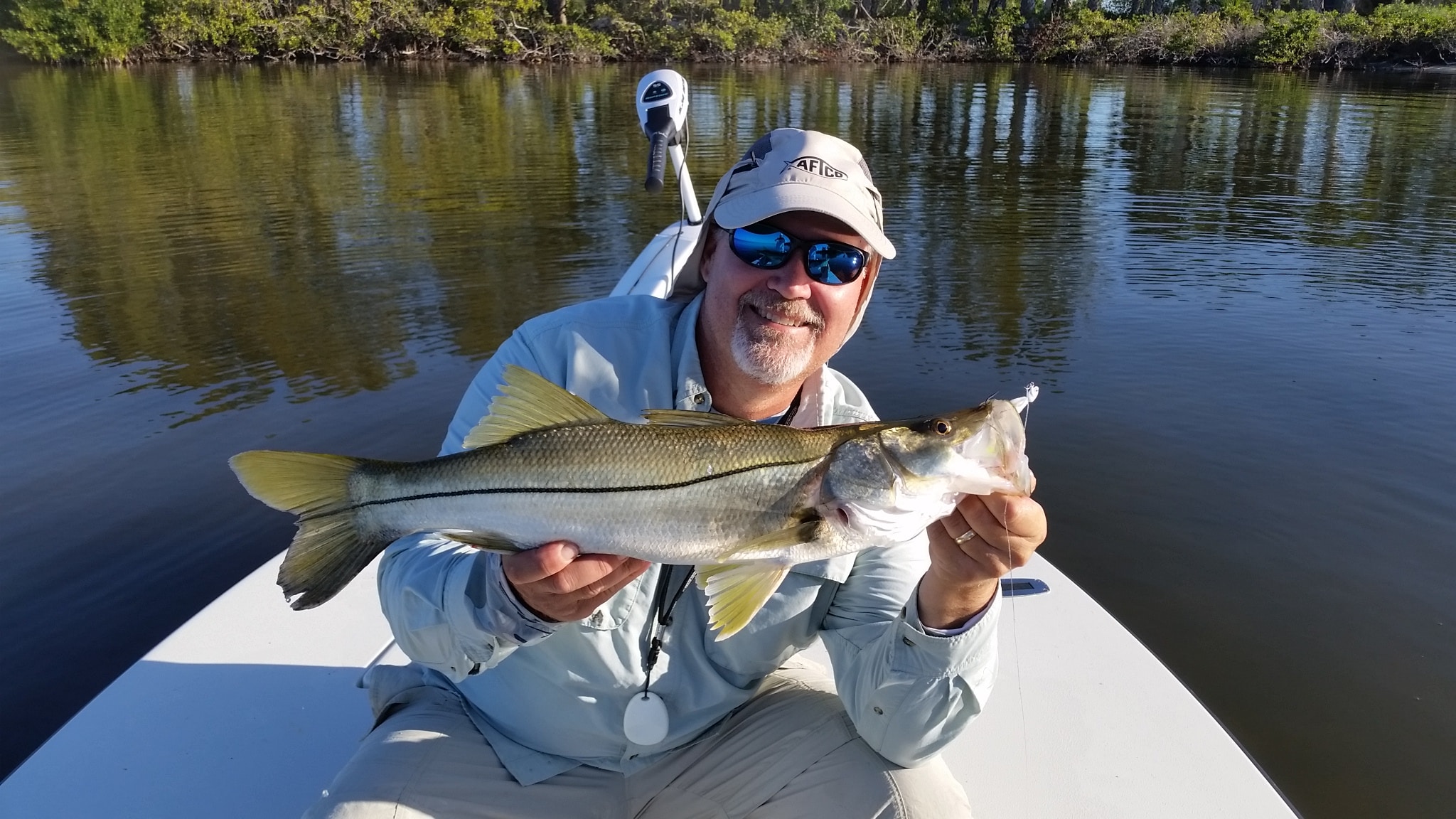 Capt. Scott continued, “Fish have only gotten smarter since then, which sounds crazy, but I’ve seen it with my own eyes.  Fluorocarbon will give you an edge against wary fish, especially in clear water.  Fish like snook, mangrove snapper, permit, tuna and more can be incredibly line shy.  Fluorocarbon can tip the scales in your favor with these smarter species.  Modern fluoro leaders have come a long way too and have much less memory, stiffness while offering increased strength and chaff resistance.  Yes, fluoro costs more, but fishing already costs a lot for gas, bait, boats and tackle. Don’t you want to make sure you have the best chance to get your money’s worth and get the bite?” 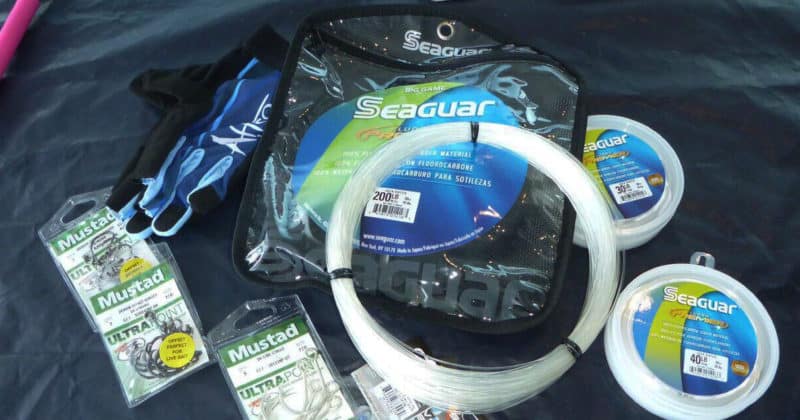 Give Seaguar Fluoro Premier a try in your favorite fishery and see if you don’t become a believer too.

Visit Seaguar’s website for this and many other products that will give you an edge.

More about Seaguar on BD.