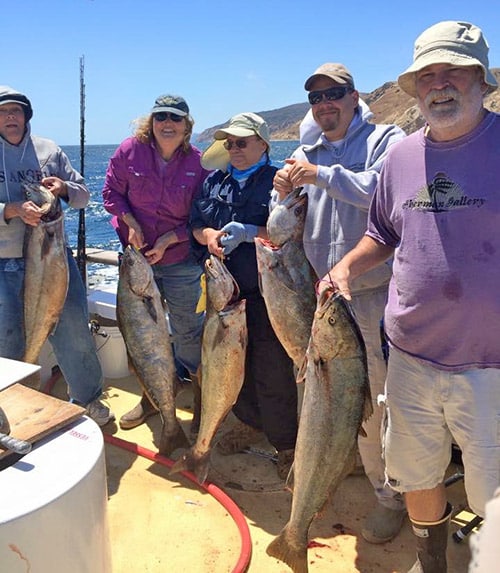 Another week and another rainy day leading into the weekend. If you’re reading this on Friday, it’s probably raining outside, but the good news is that the weather should be back on track for the weekend. The sun is shining as I’m writing this around midday on Wednesday and reports of biting fish are rolling in from up and down the coast.

Monday’s new moon seemed to have more of an effect on the fishing than the last full moon, especially on the seabass front. There are reports of seabass being caught from the Channel Islands to the Mexican border, so if you’ve been wanting to go and look, now would be a good time to do it. The fish are on squid up north and that bite transitions into fin bait as you move down the coast. The Sea Jay out of Channel Islands (seen above) has been on these fish all week and reports seeing a lot of fish despite the sporadic numbers. There are also some big yellows in the mix up there. The good news for this weekend is that the areas that have been producing fish are in sheltered parts of the islands, so the wind that’s forecast for up that way shouldn’t be too much of a factor. All of the landings have boats online this weekend, so jump on your favorite full day or overnight trip.

Zero seabass were brought to the scales during last weekend’s WON Catalina Seabass Tournament, but there are rumors floating around that things are changing at the island. If nothing else, you can look around for a while and fall back on yellows if you can’t find the croaker. There are also fish being caught along the beach by the guys who usually catch fish along the beach. 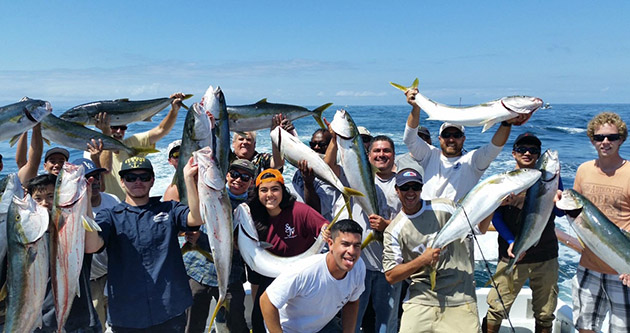 Speaking of yellows, the new moon got them biting too.

The deep-water zone outside Long Beach really turned on this week and the Southern Cal out of Pierpoint Landing had 34 fish for 15 passengers on Tuesday. They followed it up with 27 fish on Wednesday and they are bending on fish again this morning. 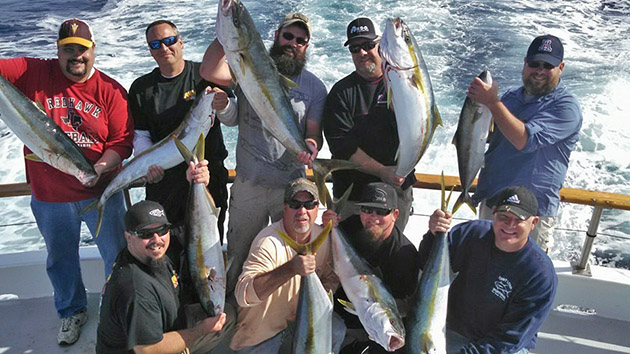 Pretty much all of the half day boats up this way are spending their morning trips fishing yellows and several 3/4-day boats, including the Native Sun out of 22nd Street Landing are fishing the local yellows as well. Private boaters are getting in on the action as well. I spoke with Captain Jimmy Decker who reported catching several surface iron fish before taking his passengers to Catalina to fish bass. 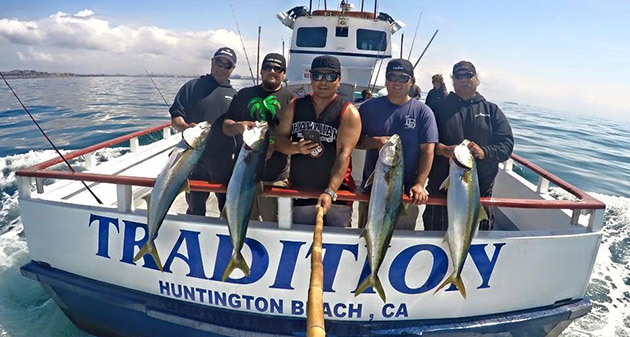 Catalina has been producing its share of yellows for the 3/4-day boats making the run. These are mixed grade fish that run from less than 10-pounds to over 30, so you’re never sure what you’re going to get, but the bite has been good. There are also lots of calicos biting at the island with plenty of big ones in the mix. Private boaters looking to catch yellows should keep an eye out for bird schools in deep water as the fish have been cruising up and down the island rather than being locked in on spots. 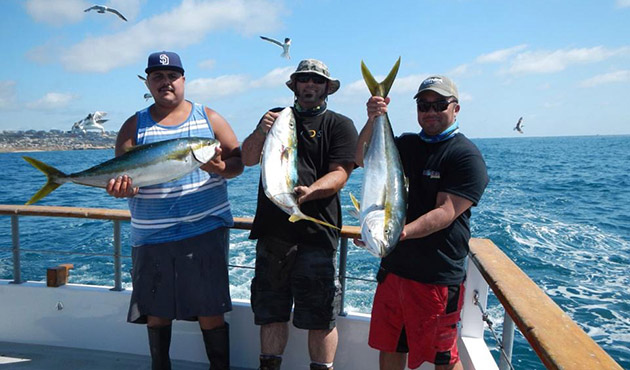 Down in San Diego, the yellows are biting on the beach as well as at the Coronado Islands. The bite around La Jolla has been sporadic at best but sport boats have been getting a few. Earlier this week the Chubasco II found some fish that were up and willing to bite the surface iron. Private boaters have been getting in on the action to by fishing bird schools. 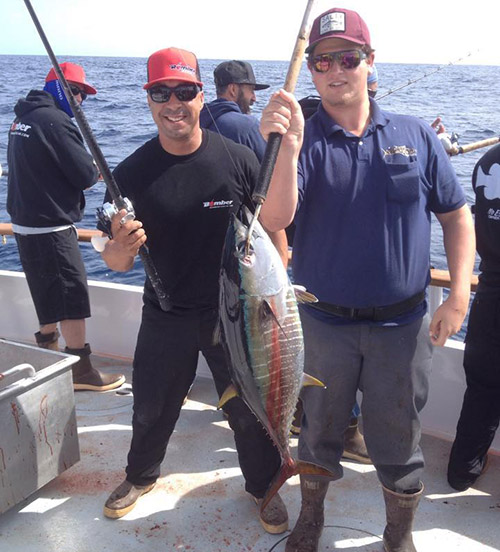 Fishing at the Coronados has been hit and miss but there are still some good scores showing up now and then for the 3/4-day fleet. There are also more bluefin tuna being caught at the islands by boats targeting yellowtail. If you happen to catch one, you will need to release it as the bluefin tuna fishery is currently closed in Mexican waters. There are some bluefin to be caught in US waters for boats willing to make the run. You can check Fishdope for the latest info. The Apollo managed a score of yellowfin tuna during their trip last weekend, but no one has looked around in that zone since. There are some boats online to make longer runs this weekend, so hopefully there will be good news on the tuna front when they return.